Arsenal have contacted Portuguese club Benfica for a possible transfer of their left-back, Alex Grimaldo. The Spaniard is on the wishlist of a few European clubs and could be on the move away from Benfica in the summer. He joined them in 2016 from Barcelona and has won three league titles with the club. Arsenal were searching for a full-back and were after Aaron Hickey, who joined Brentford. The Gunners failed to land the full-back and have shifted their attention towards other left-backs. Kieran Tierney is the first-choice left-back at Arsenal. He is being targeted by a few European clubs. The player is prone to injury and missed a few games last season. Mikel Arteta is looking for a player who can become a defensive cover for Tierney and replace him later on if needed. Grimaldo has played in UEFA’s elite competitions and will add a lot of experience to a young Gunners side.

Grimaldo made 48 appearances in all competitions for Benfica last season. He scored six goals and provided nine assists. Benfica reached the quarter-final stage of the elite competition, and the left-back made 14 appearances for his side. 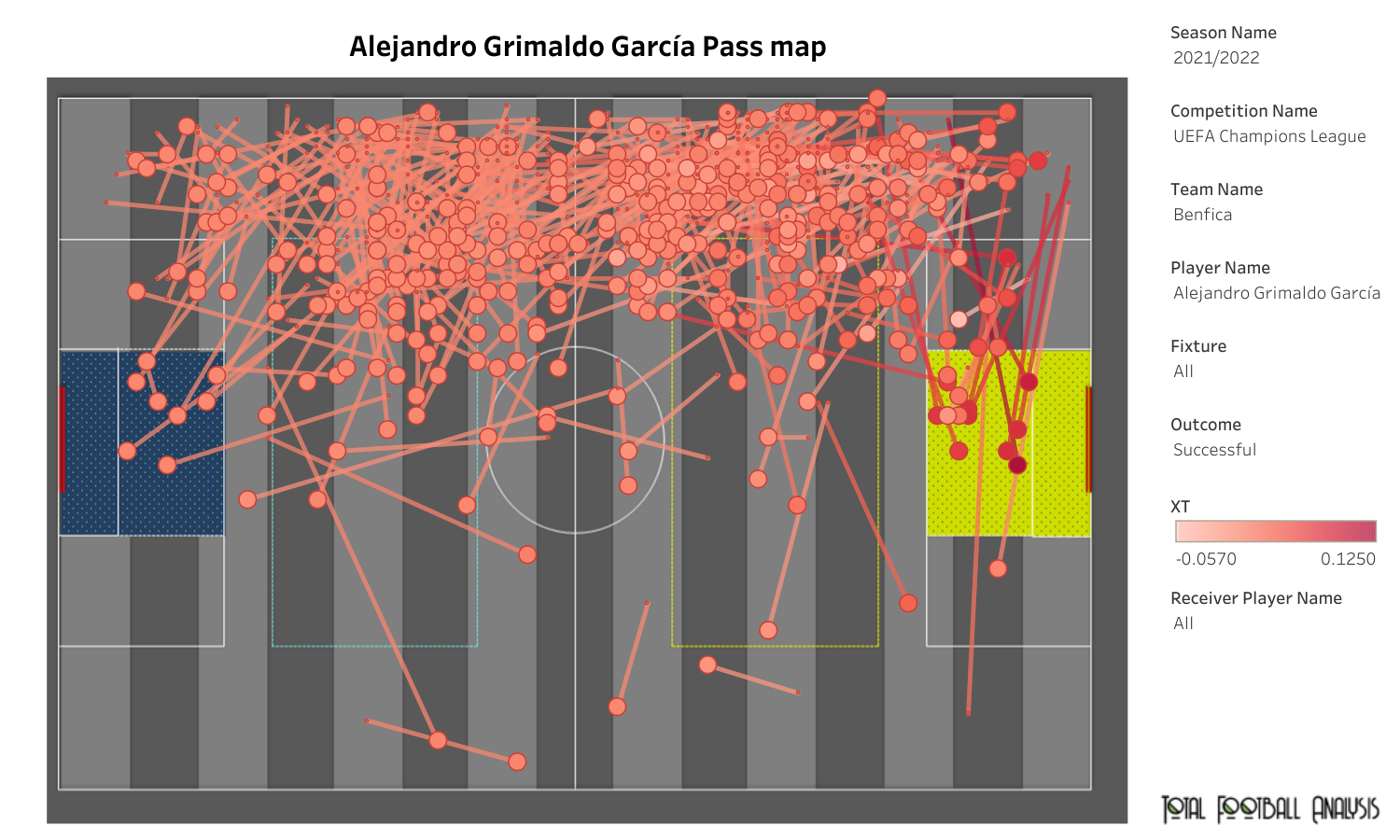 The 26-year-old provided three assists in the UEFA Champions League. Grimaldo averaged 33.5 passes per 90 minutes with an accuracy rate of 81.08%. The above viz shows all the passes that were successfully delivered by the player. Grimaldo averaged 2.16 crosses, 1.39 smart passes, and 0.98 through passes per 90 minutes. He showed a lot of variety in his passing. By looking at the above viz, we can observe that the left-back was able to find his teammates inside the opposition’s penalty box. He carried a huge threat with the ball at his feet. Tierney is also an attacking full-back, and both players like to play a high attacking line.

Grimaldo was involved in 6.4 attacking actions with a 45.65% success rate. He had 13 touches inside the opposition’s penalty box. The player also showed some skills on the ball and attempted 35 dribbles with a success rate of 68.57%. This shows that the player can run past the opposition defender to create chances for his team. 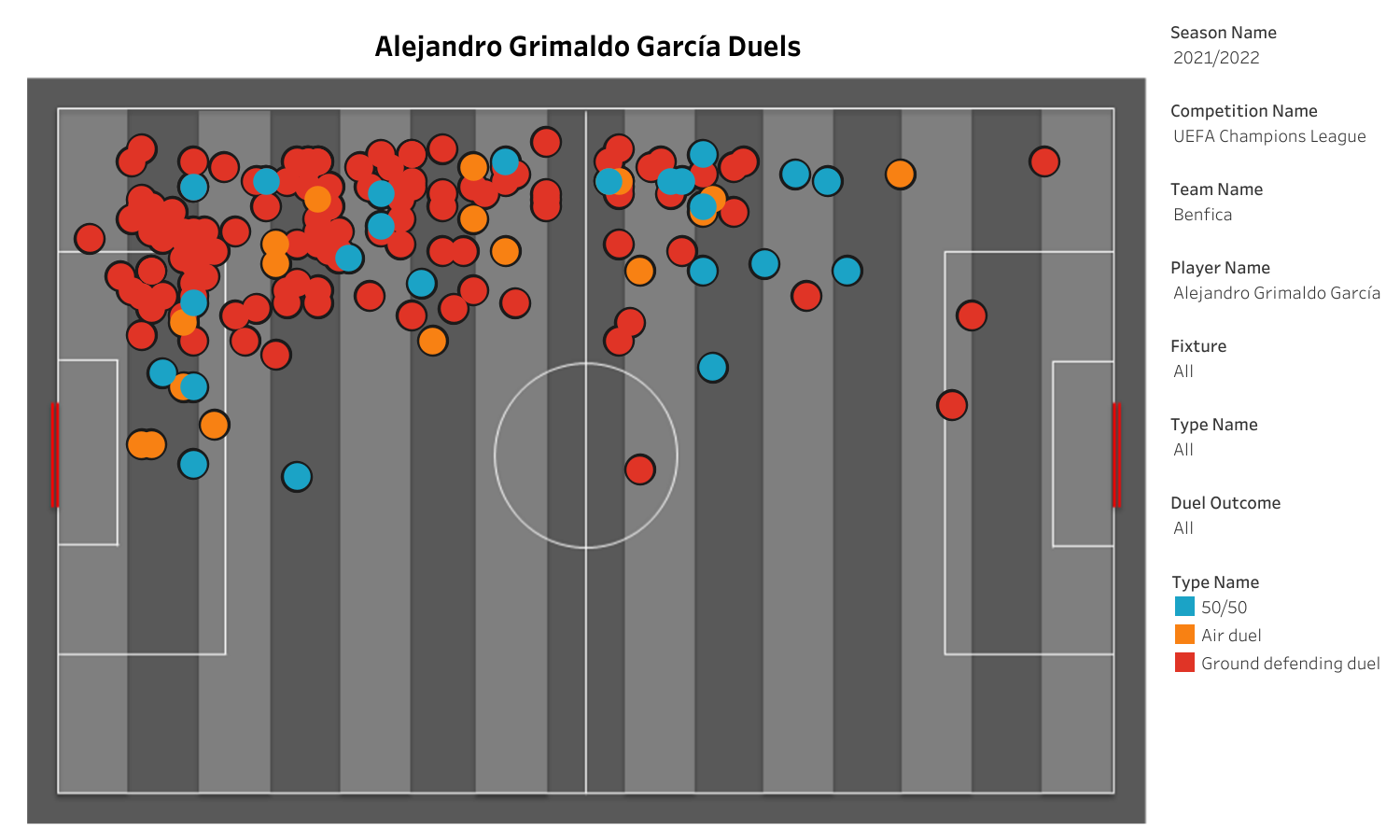 The left-back was involved in 14.57 defensive actions per 90 minutes with a success rate of 75.12%. He contested 8.57 defensive duels, 1.25 aerial duels, and 1.6 loose ball duels per 90 minutes. His win percentage was a bit low as he won 21.14% of defensive duels, 44.44% of aerial duels, and 26.09% of loose ball duels. The above viz shows that Grimaldo contested most of his defensive duels in the defensive half of his team. Other than this, he made 75 interceptions, most of them when other players were on the ball. He also made 90 recoveries, and 22 were made inside the opposition’s half.

Alex Grimaldo is an attacking full-back who had a bit of a struggle to win his duels. He was a crucial member of Benfica’s squad and helped them reach the quarter-final stage of the elite competition. Arsenal will look to persuade the defender to come to North London ahead of a long season.

Under the microscope: Marquinhos’ impressive debut for the Gunners