Arsenal have entered the race to sign Atletico Madrid forward, Alvaro Morata in the summer. The Spanish striker spent two seasons out on loan at Juventus. The Italian club is also after the striker, and following the departure of Paulo Dybala, they need to keep hold of their players. Arsenal are facing competition to sign the former Chelsea striker, who has already played in Spain, England, and Italy. Morata brings a lot of experience with him. The 29-year-old has won two UEFA Champions League and LaLiga titles each with Real Madrid, and two Serie A titles with Juventus. Arsenal only have Eddie Nketiah in their ranks and are in desperate need of a number nine. 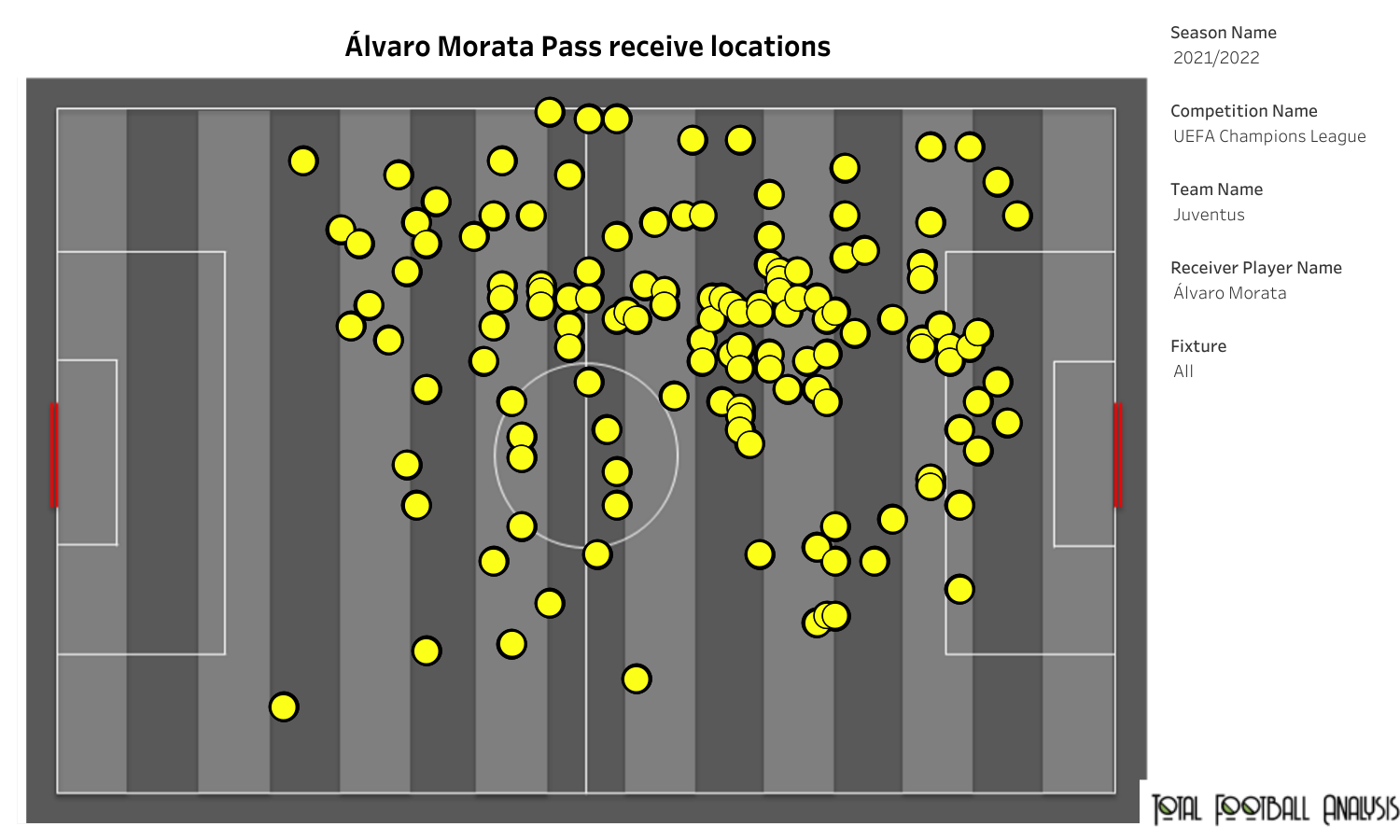 Juventus played in a 3-5-2 formation or a 4-4-2 formation. They play with two strikers at the top. The above viz shows the pass start location of Morata. He features on the left side of the attack and can link up play by dropping into the midfield. The 29-year-old has also gone wide to receive the ball and has attempted a few passes to find his teammate inside the opposition’s penalty box. He averaged five touches per 90 minutes inside the opposition’s penalty box. 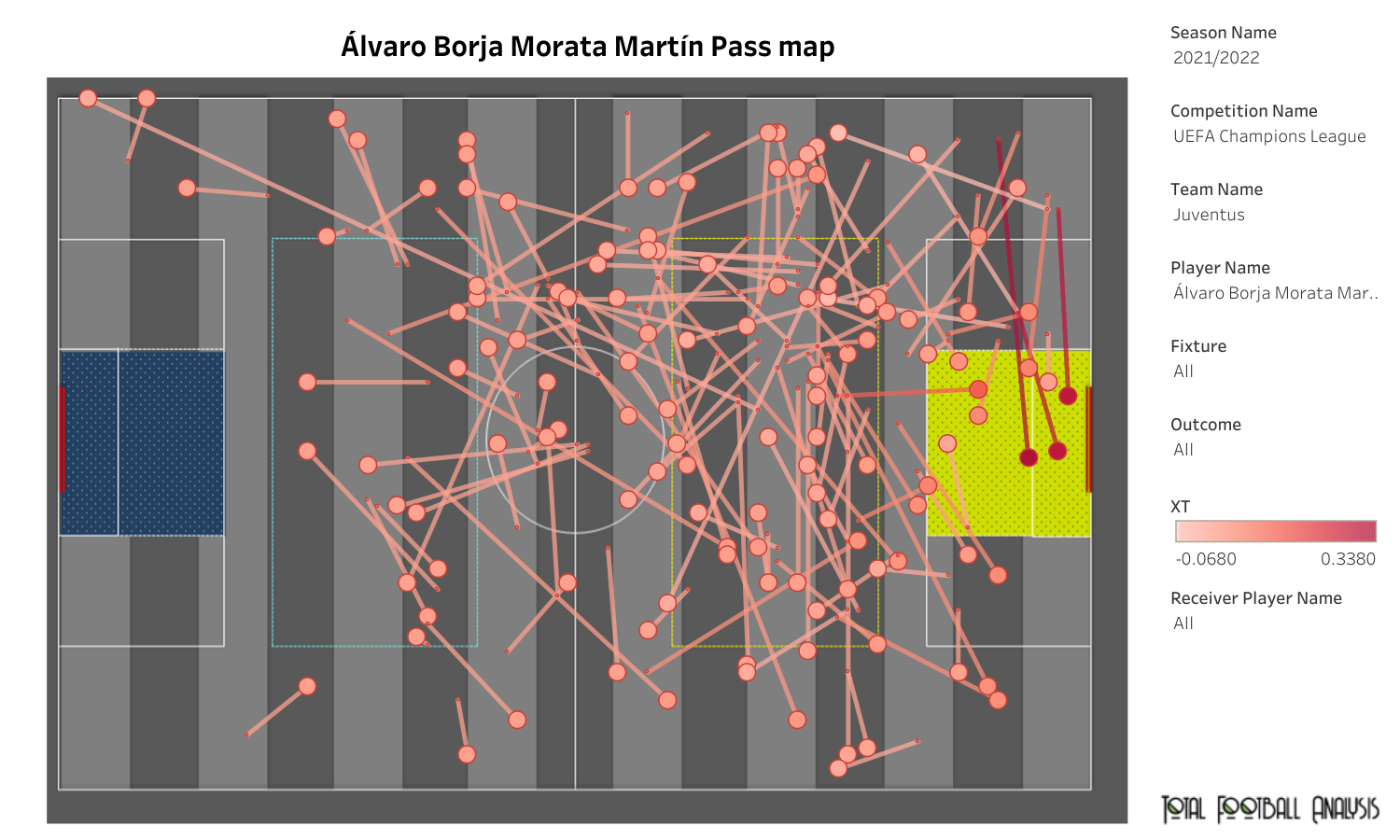 The above viz shows the pass map of the forward. Morata averaged 21.45 passes per 90 minutes with a 78.91% accuracy rate. It can be observed that Morata delivered some dangerous passes into the opposition’s penalty box. He attempted a few passes from outside the box to find his teammate inside the opposition’s penalty box. He failed to provide an assist in the UEFA Champions League but had seven assists to his name in Serie A. 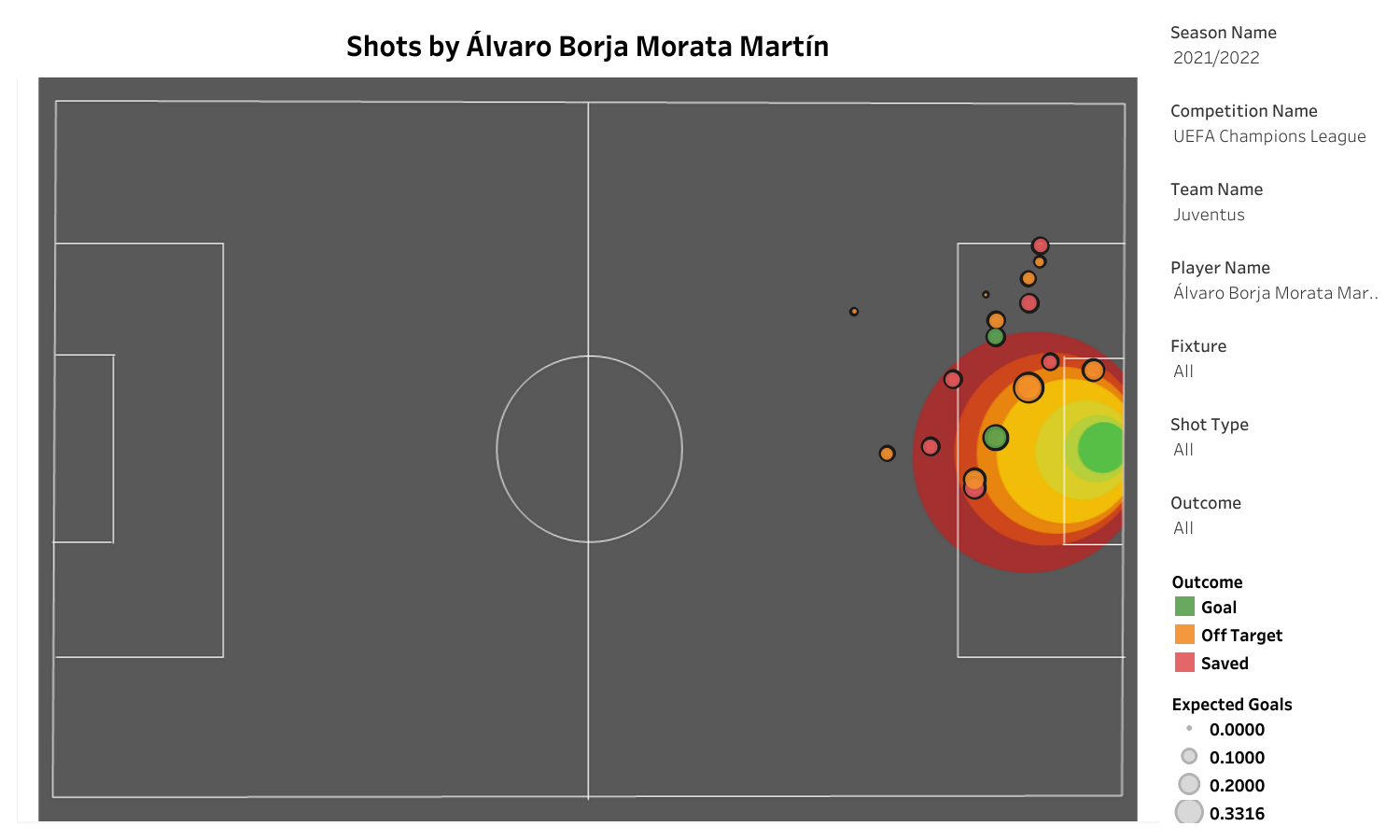 Morata was involved in 6.03 attacking actions per 90 minutes and had a 47.225 success rate. The above viz shows all the 17 shots that were attempted by the forward last season. He managed to hit the target eight times, converting two opportunities. The striker attempted 14 shots from inside the opposition’s penalty box, and all of them came from the left side.

Arsenal play in a 4-2-3-1 formation, and their striker drops into the midfield to create chances for his teammates. Alvaro Morata can link up plays and score goals for his team. Gabriel Martinelli operates on the left for Arsenal, and he also likes to cut inside to attempt shots towards the opposition goal. These two can form a partnership and trouble the opposition defence. Arsenal will have to try hard if they want to sign the striker. Juventus are the favourites to sign him because they are playing in the UEFA Champions League. However, there is a possibility that Morata might come back to the English Premier League for another spell.