Arsenal manager Mikel Arteta has been handed a good budget to make changes in the team. His side has shown a lot of improvements since the start of the season and has moved into the Champions League positions. One of the youngsters who has caught the eye of the Gunners as well as the other English Premier League clubs is Brighton & Hove Albion right-back Tariq Lamptey. The 21-year-old creates a lot of threats while going forward, and his pace creates a lot of trouble for the opposition’s defense.

Tariq Lamptey was injured at the start of the season and has made 12 appearances for the Seagulls this season. The youngster has started in seven games and came off the bench in the other five games. He provided a crucial assist to Neal Maupay against West Ham United in Round 14 of the Premier League after coming off the bench. 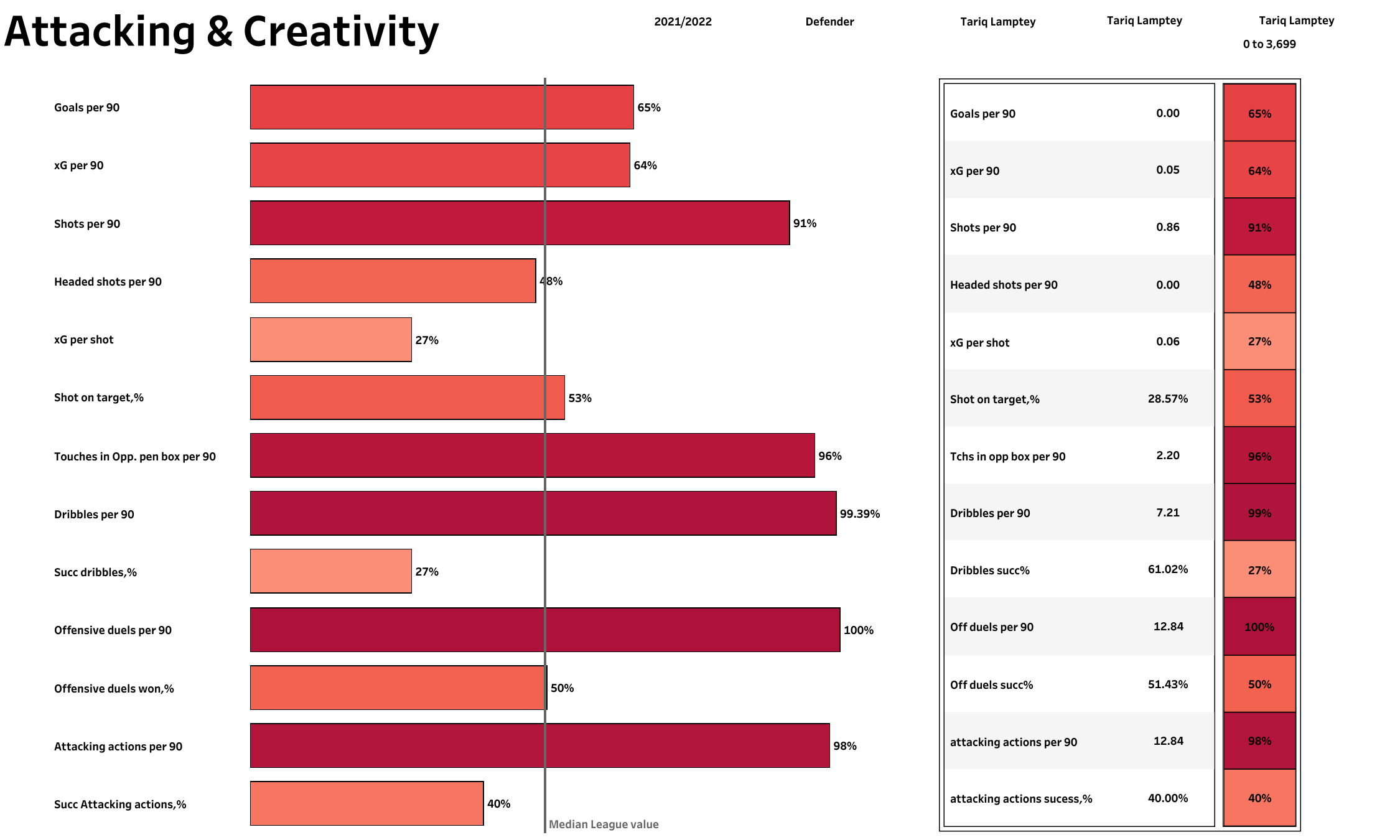 When looking at the above chart, the general rule is that the longer the bar, the better the performance – you can see the league average in the middle, and the % is the percentile rank the player is in. The above stats are in comparison with the other defenders in the Premier League. Lamptey has attempted seven shots and has managed to hit the target twice. He attempted three shots against his former side Chelsea but was unable to hit the target. The 21-year-old youngster has taken 18 touches inside the opposition’s penalty box and is rated high for taking touches inside the box. The player is also ranked high for attempting dribbles, contesting offensive duels, and for attacking actions on the pitch. 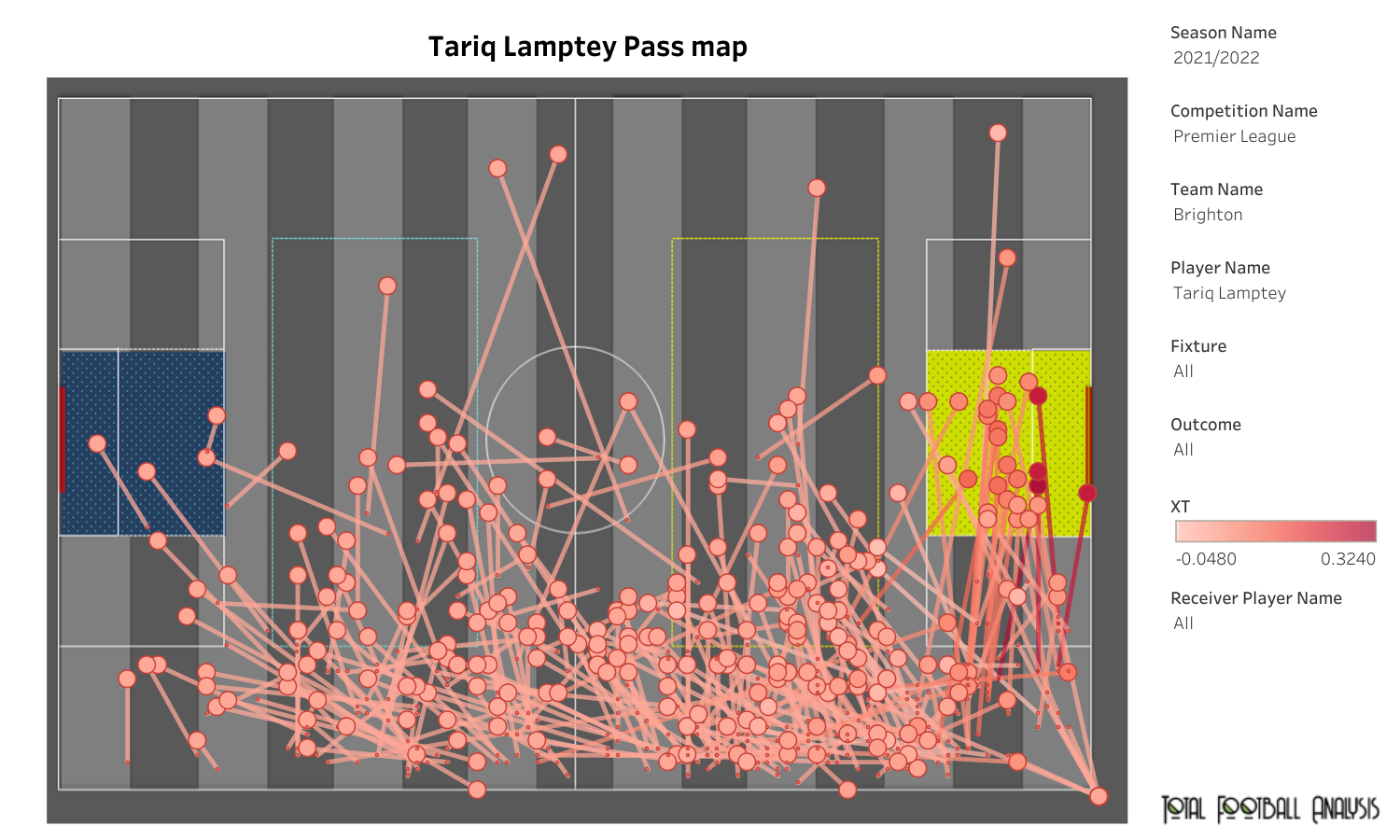 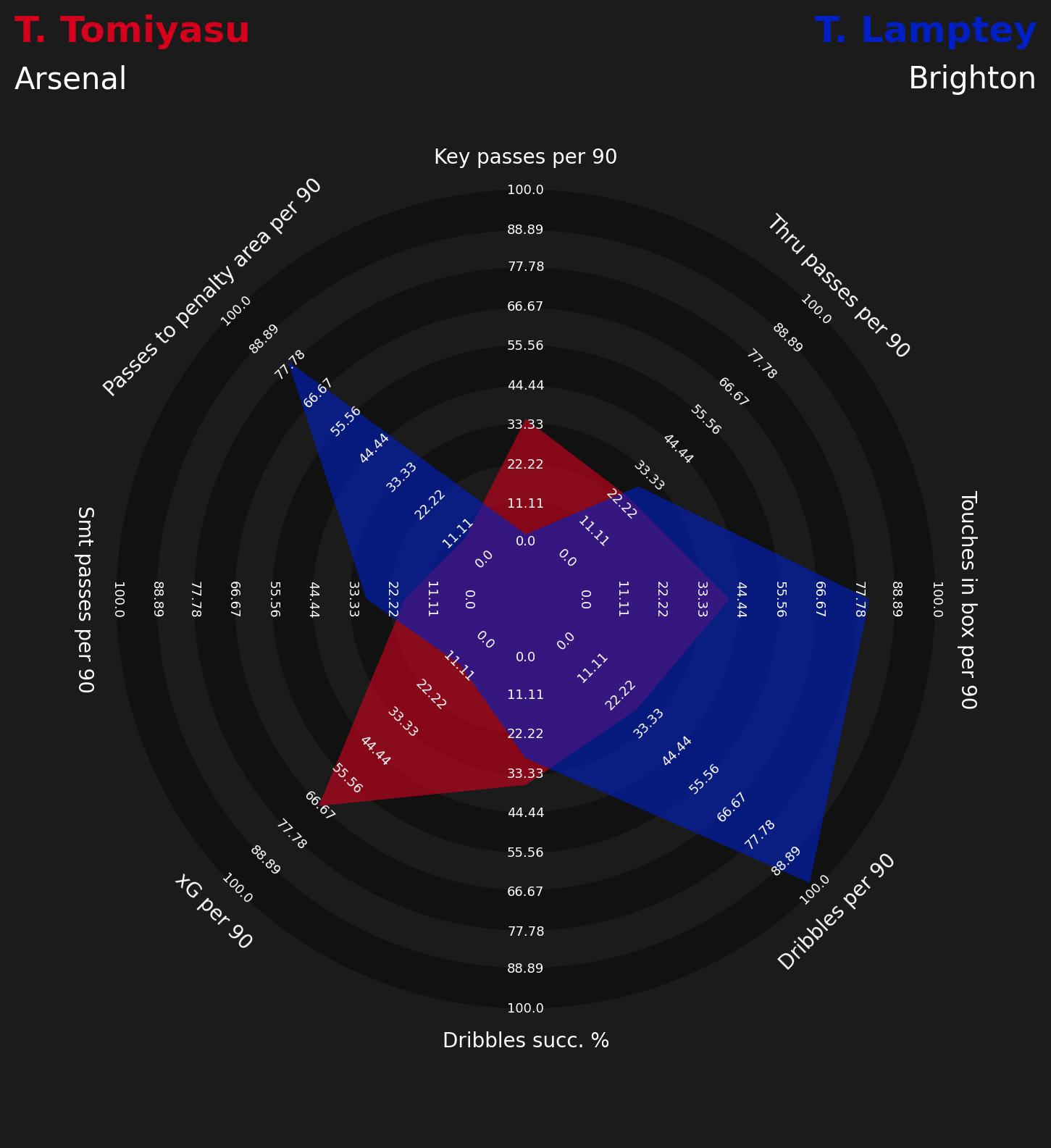 The above viz compares the stats of Lamptey with Takehiro Tomiyasu, who starts in the right-back position for the Gunners. Tomiyasu has a more defensive mindset and is less involved in the attack. Lamptey has attempted more dribbles, along with more touches inside the opposition’s penalty area than Tomiyasu. Tomiyasu has only attempted a few passes into the opposition’s penalty area. This means that Lamptey attacks a lot for his side.

Tariq Lamptey can provide a huge boost to the Gunners squad. They are facing competition from their North London rivals Tottenham Hotspur for signing the youngster. Both teams will go for the player, and it will depend upon the player to decide on his transfer.