Arsenal have found their rhythm under Mikel Arteta in the English Premier League. The Spaniard has built a team full of young academy players as well as players that have been brought in the transfer window. His team is currently in the top four standings in the league table but still demands improvement in some parts of the field. The attack is full of youngsters who are proving their worth, but the central midfield is one of the areas where the Gunners need some improvement. Reportedly, Ainsley Maitland-Niles has left for Roma on loan, and Thomas Partey, along with Mohamed Elneny, has left for the AFCON, leaving Arteta with only a few options in the middle. They were linked with Wolves midfielder Ruben Neves and here are some of the stats that will show the reasons behind it. 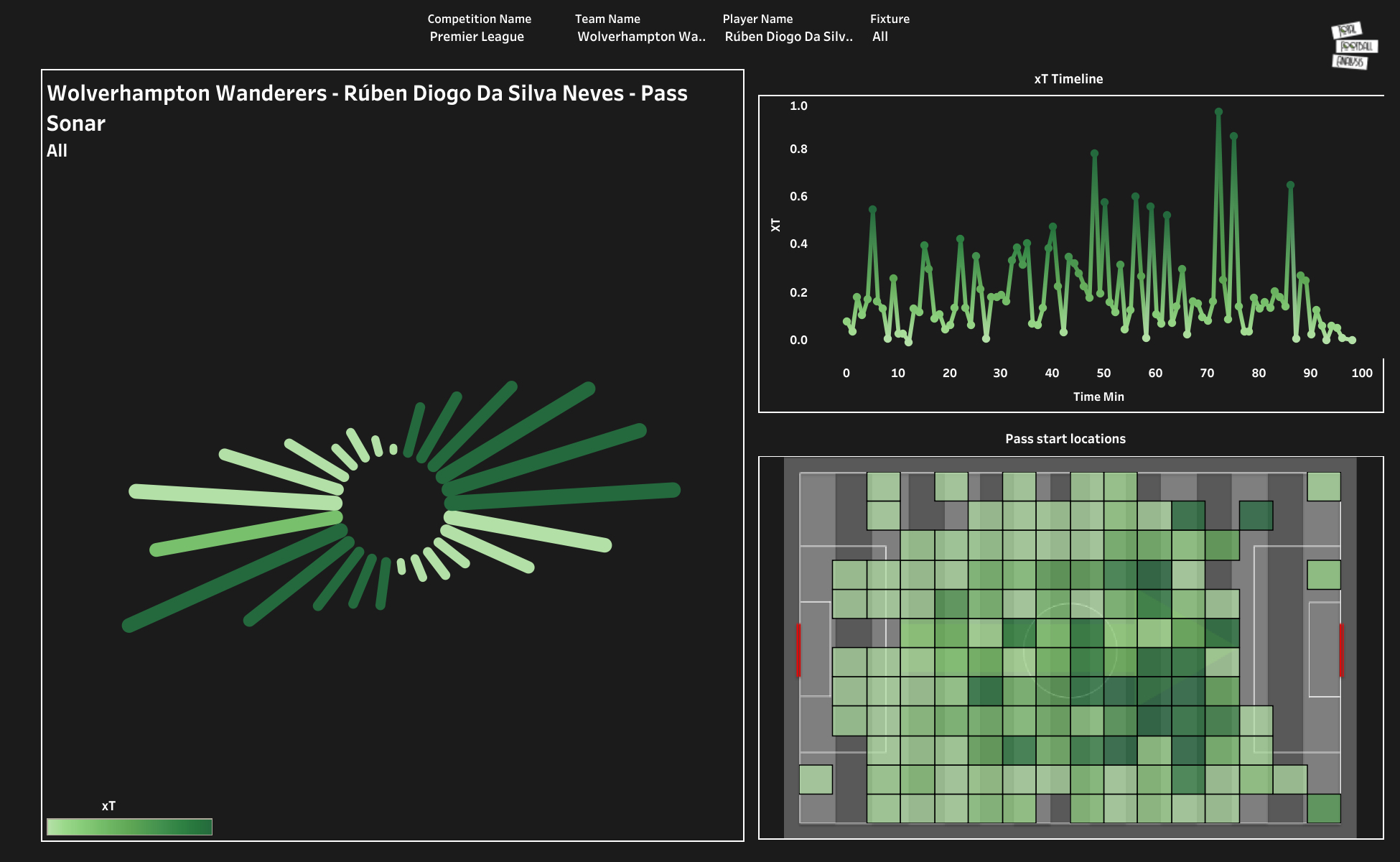 The Wolves midfielder has featured in 18 games for his side in the Premier League. He scored a goal against Aston Villa and provided an assist against Brighton. Neves has attempted 954 passes with an 84.46% pass accuracy rate. The above viz shows the pass start timeline as well as the xT timeline. He has operated from the right side of the central midfield and most of his passes are from that side of the pitch. The xT timeline shows that Neves creates a lot of threats after the half-time interval with his passes. The highest threat rate is created between the 70-80th minute mark. His passing range includes 21 crosses, 17 smart passes, and 36 through passes.

Thomas Partey, Granit Xhaka, and Albert Sambi Lokonga have featured in the midfield for the Gunners. They have scored a combined total of one goal and provided one assist in 39 appearances overall. 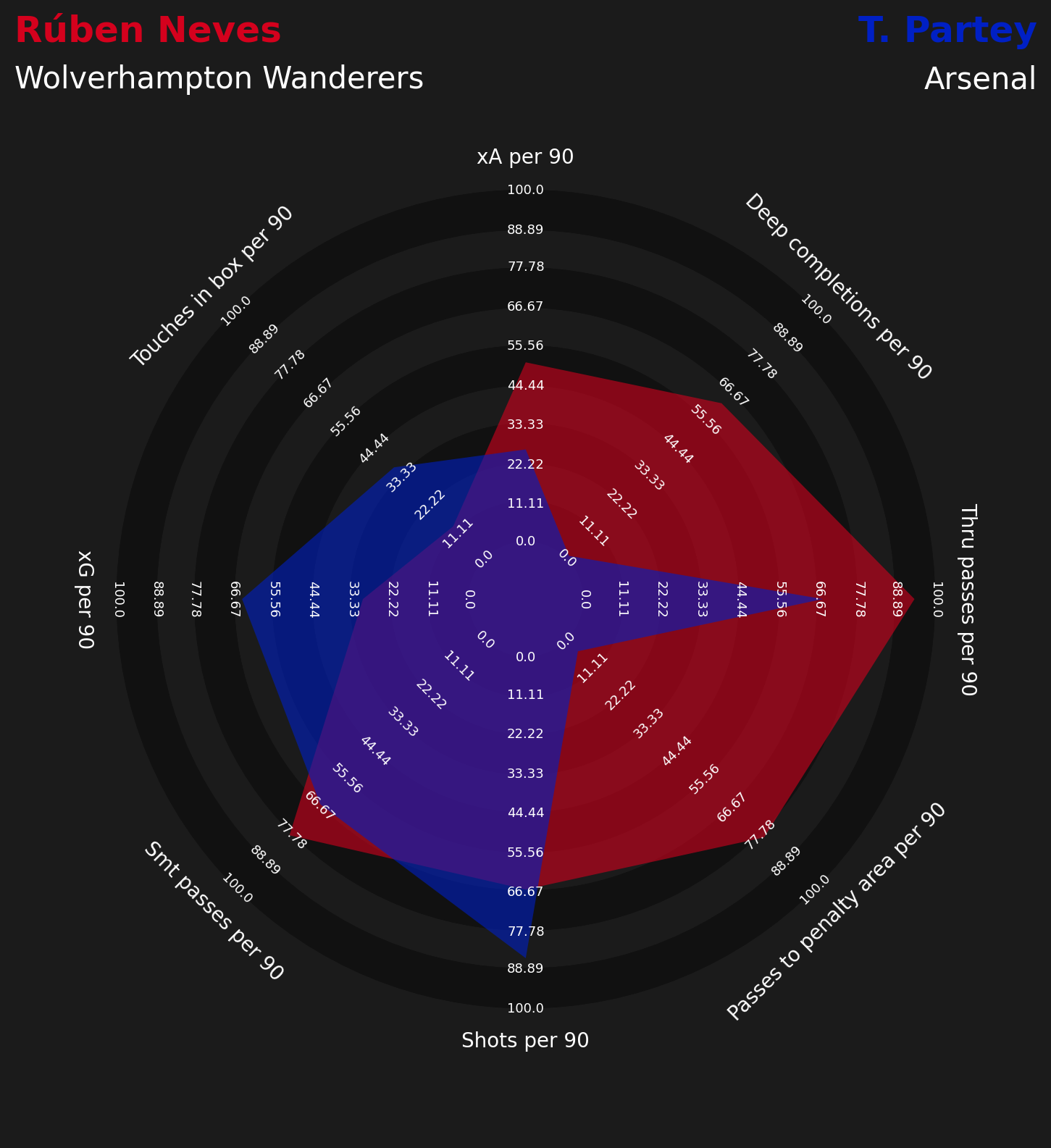 The above viz shows the comparison between Ruben Neves and Thomas Partey. The Arsenal midfielder has attempted more shots, taken more touches inside the opposition’s penalty box, and has a high expected goal rate. Neves has a high expected assist rate and has attempted more passes into the opposition’s penalty area. This means that Neves is more effective with his passing. 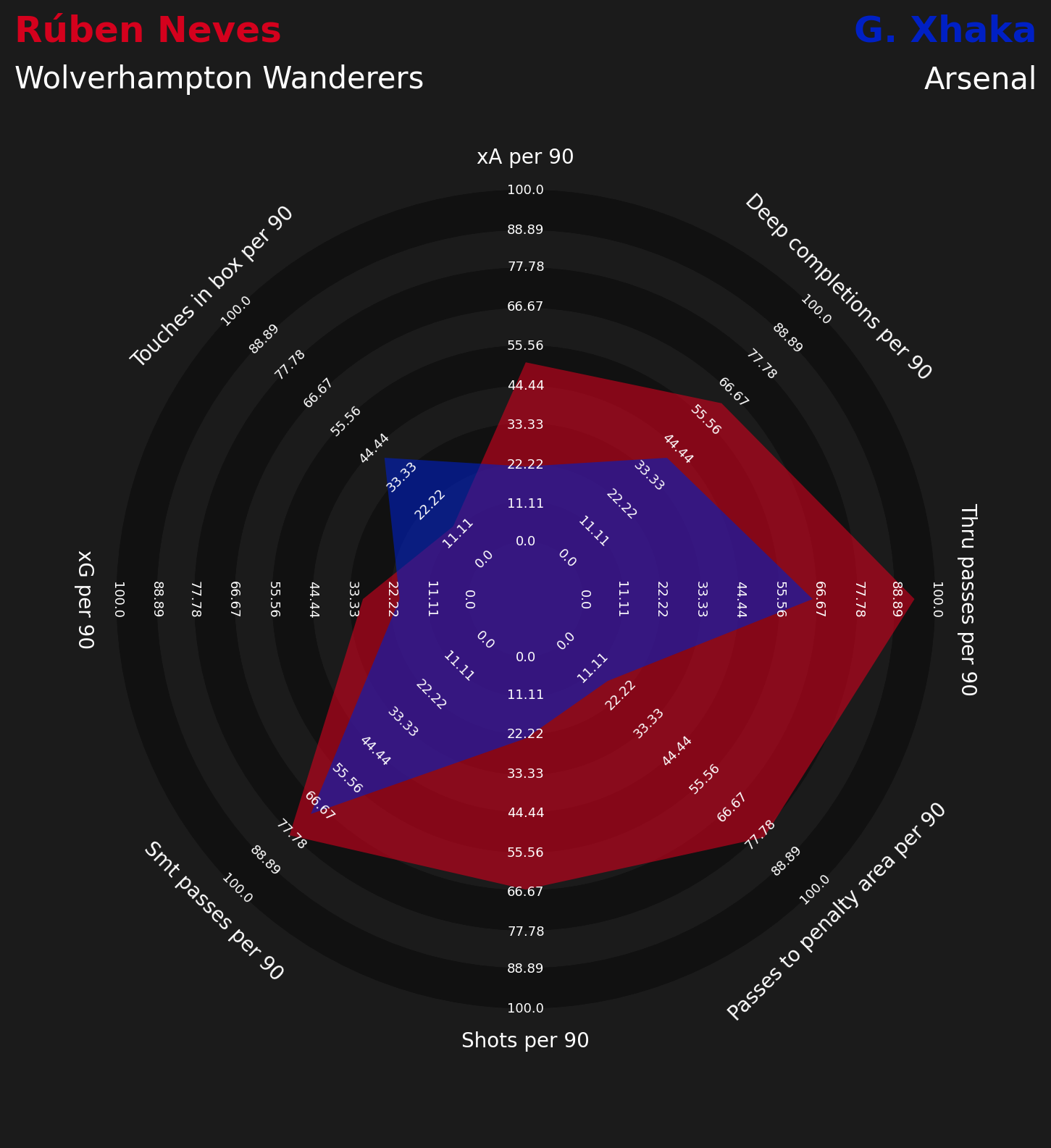 When compared to the stats of Granit Xhaka, Neves has taken fewer touches than him inside the opposition’s penalty box. If we look at the other parameters, then we can see that Neves has better stats than Xhaka. 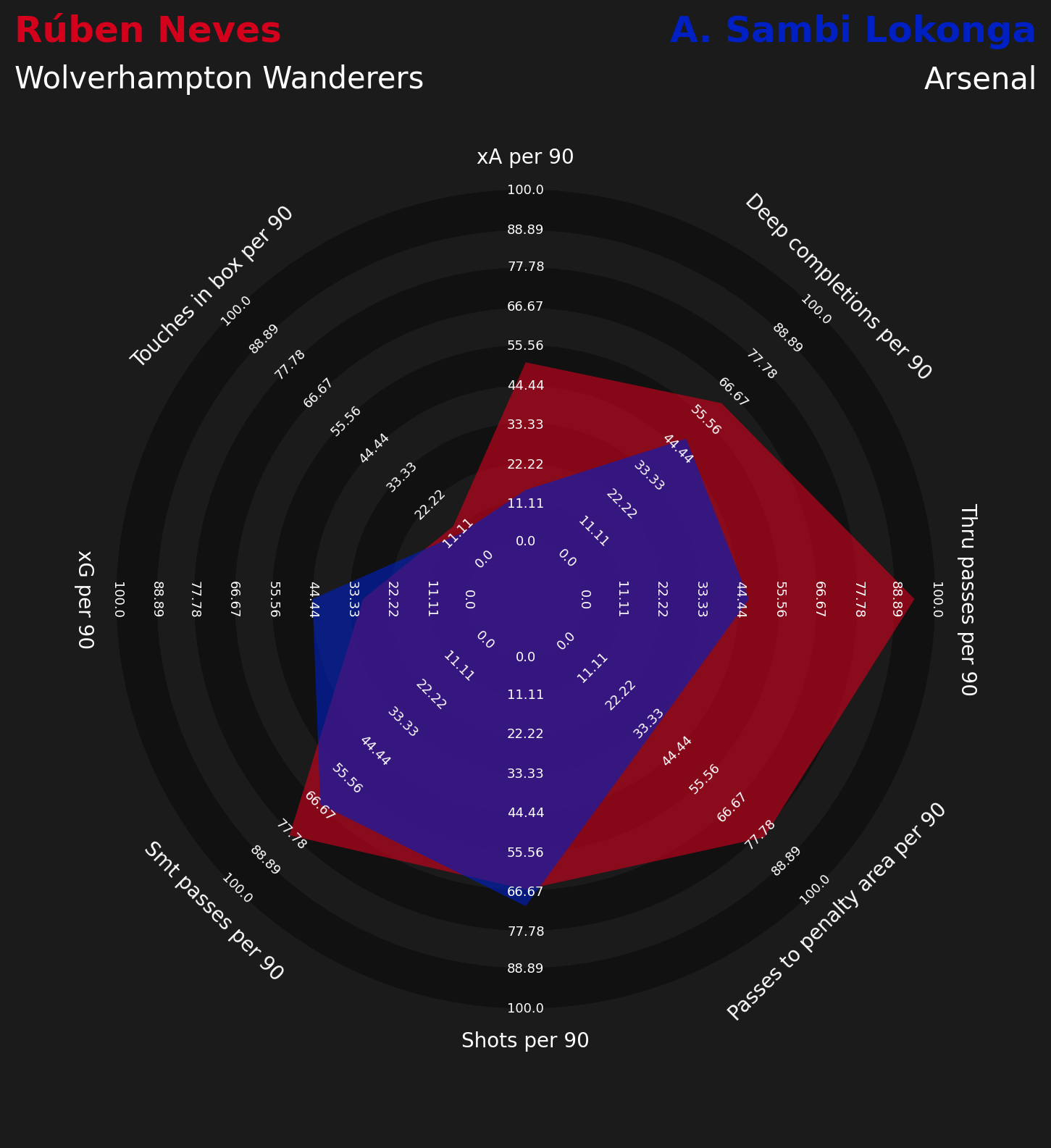 Albert Lokonga has attempted more shots than Neves and has a high expected goal rate. However, he is behind Neves in all the other stats mentioned above in the chart.

Ruben Neves’ passing ability and his long-range shots add a lot of addition to the club. He is on the radar of some of the other Premier League clubs like Manchester United, who are in desperate need of a midfielder. Arsenal will try to compete with the Red Devils to sign the young Portuguese midfielder.