Arsenal are in desperate need to sign a midfielder before the transfer window ends. They were after Lyon midfielder Bruno Guimarães, but the midfielder has made a move to English Premier League side Newcastle United. The Gunners are also after some of the players already playing in the Premier League, and one of them is Aston Villa’s Brazilian midfielder Douglas Luiz. The defensive midfielder is having a good season and has impressed with his performances.

Douglas Luiz has made 17 appearances and started in 16 games for Villa this season. The midfielder is yet to score a goal but has three assists to his name. Manchester City boss recently opined that he is an important player for Aston Villa. Luiz was a former City player before moving to Aston Villa.

The above heatmap shows that Douglas Luiz has played as the lone defensive midfield player for Aston Villa. This is the position where Arsenal are in desperate need of a player as Granit Xhaka has not performed up to expectations. Luiz covers every part of the field and also likes to attempt shots from long range. He has attempted nine shots, and every shot has been attempted from outside the opposition’s penalty box. 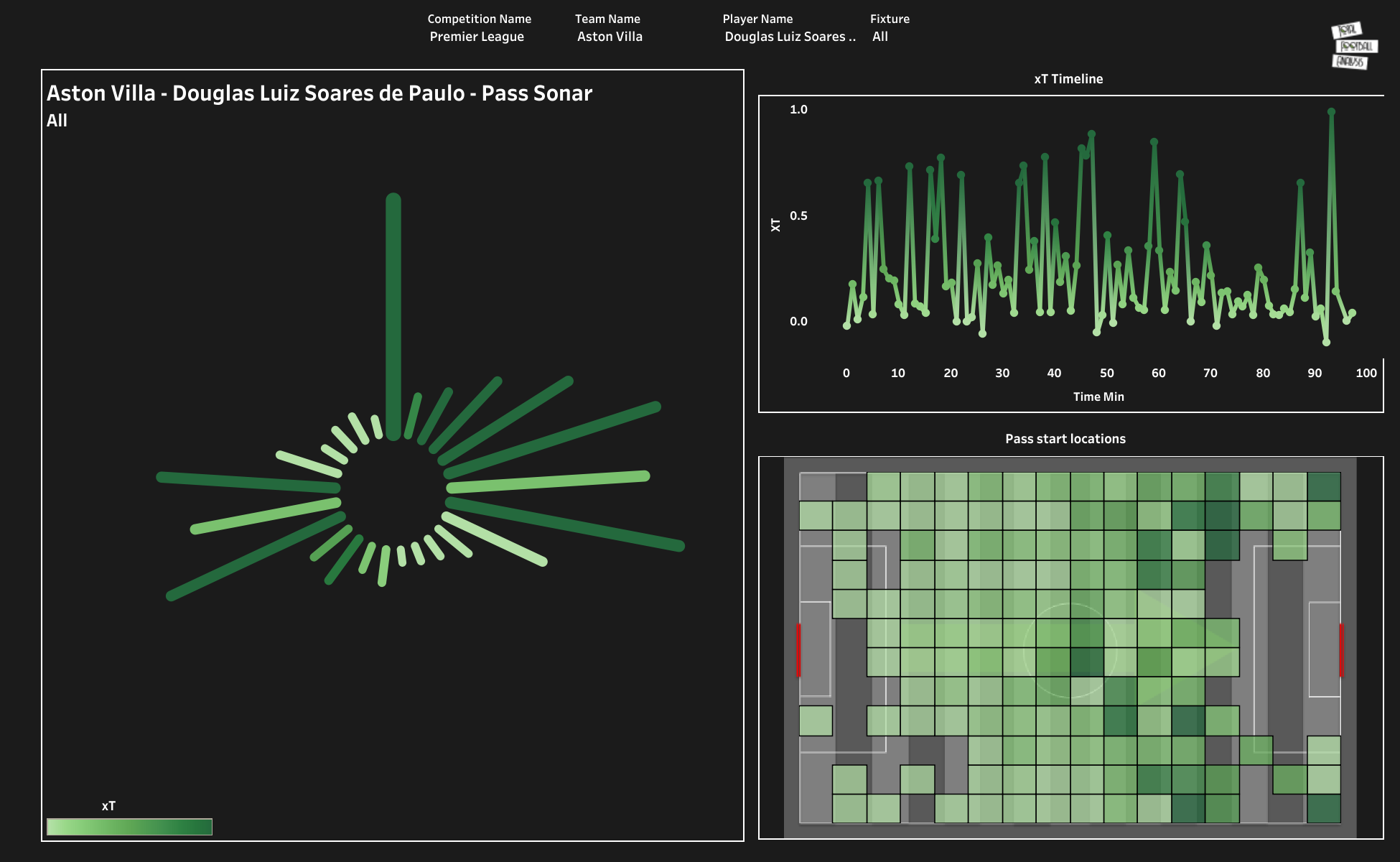 The above viz shows the pass starting location of the player and the threat that he has created from passes. He likes to go wide, especially towards the left side. Luiz has created a lot of threats from a slightly deeper position. Most of the passes have been simple passes with a few crosses, smart passes, and through passes. He is also active on corner duties, and the highest threat is created from wider positions. 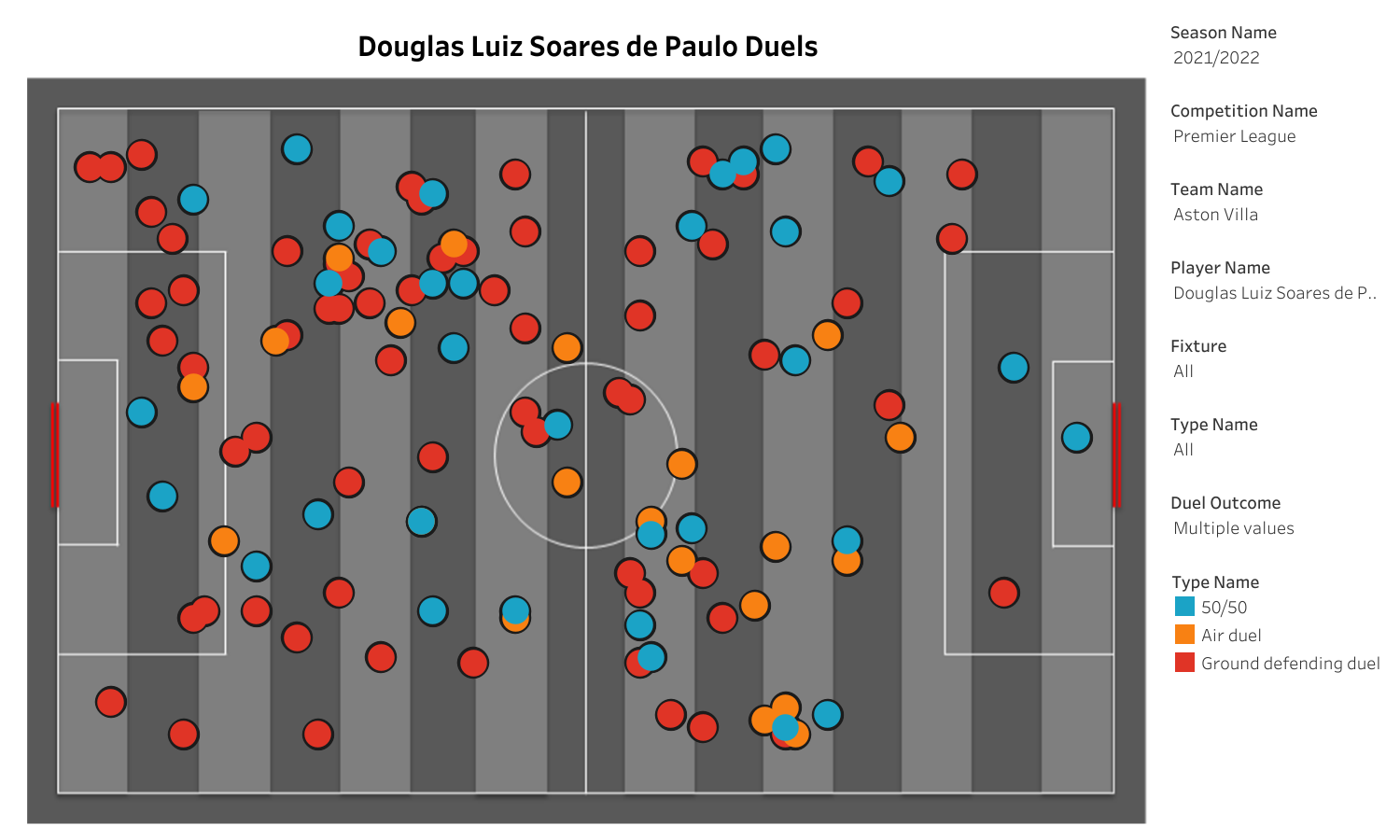 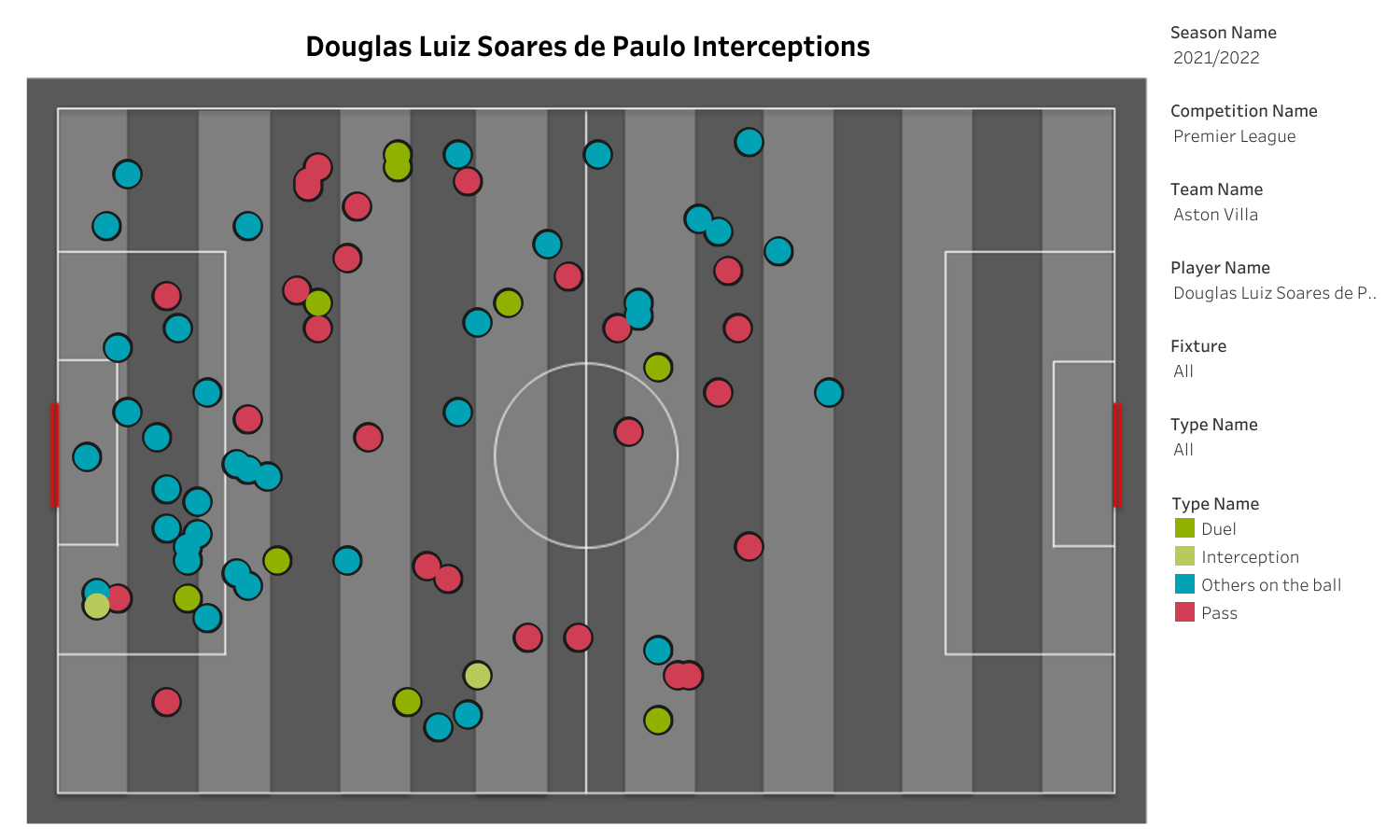 The 23-year-old midfielder offers a lot of qualities on the pitch. He can pass the ball, defend and break plays. Arsenal lack quality in the midfield, and Luiz is into his third season in the Premier League. The Gunners will look to persuade the player to sign him in the transfer window.