Arsenal is looking to sign a striker before the transfer window closes. The English Premier League side was behind former Fiorentina striker Dusan Vlahovic, but the player signed with Italian giants Juventus. Everton won’t sell Arsenal’s main target, Dominic Calvert-Lewin, in the current transfer window, and Mikel Arteta is looking for other options. Juventus now have a new striker and want to send Alvaro Morata on loan. Arsenal have enquired about the former Chelsea striker, and his experience could be handy in their run for a Champions League spot. 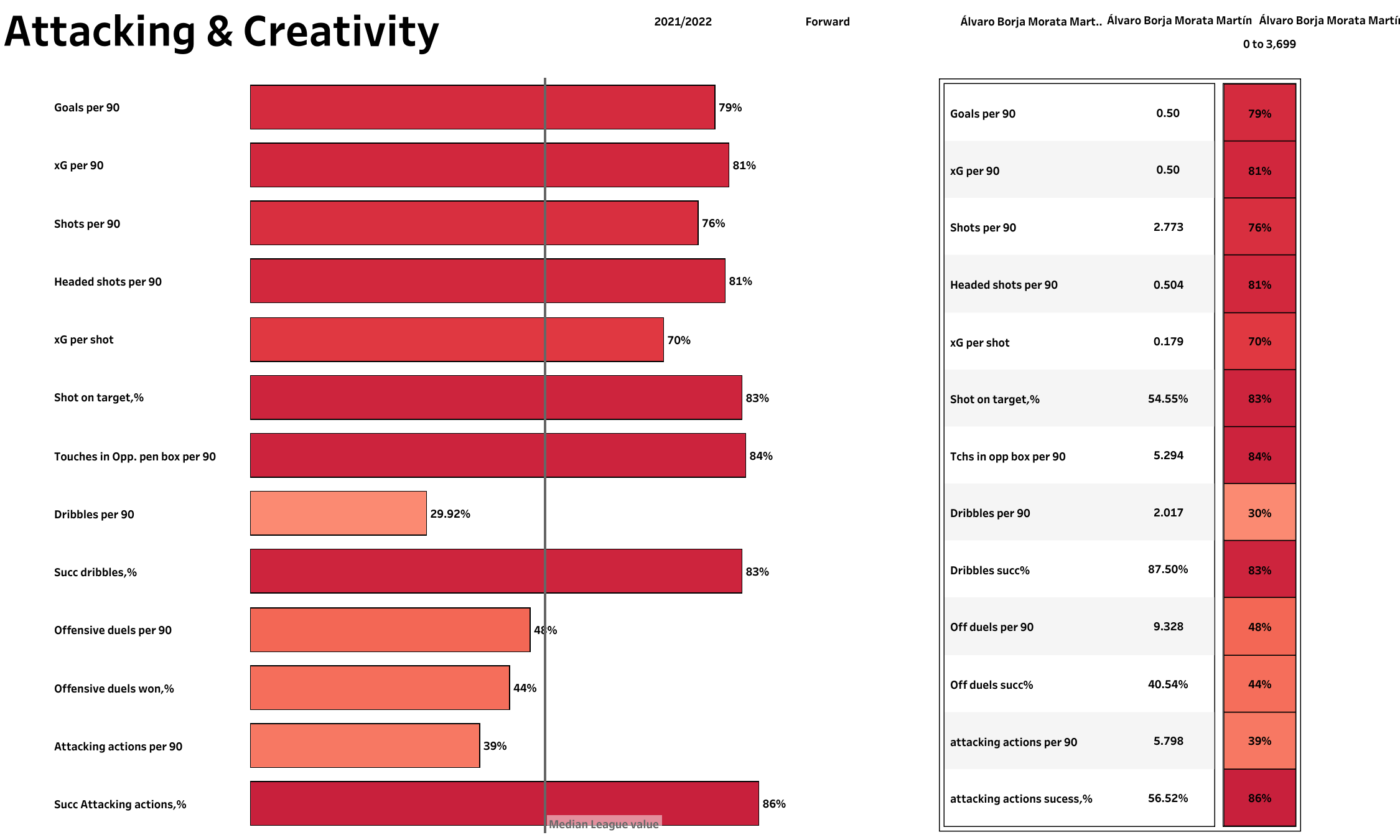 The Spanish International player has featured in five Champions League games for the Old Lady. He scored twice with an xG rate of 1.97. When looking at the above chart, the general rule is that the longer the bar, the better the performance – you can see the league average in the middle, and the % is the percentile rank the player is in.

Alvaro Morata has a high percentile rank in comparison to the other players in the Champions League. He has performed better than the average in almost every stat that can be seen in the above visual. The Spanish international attempts more than two shots per 90 with a 54.55% shot accuracy rate. He has also taken 21 touches inside the opposition’s penalty box. 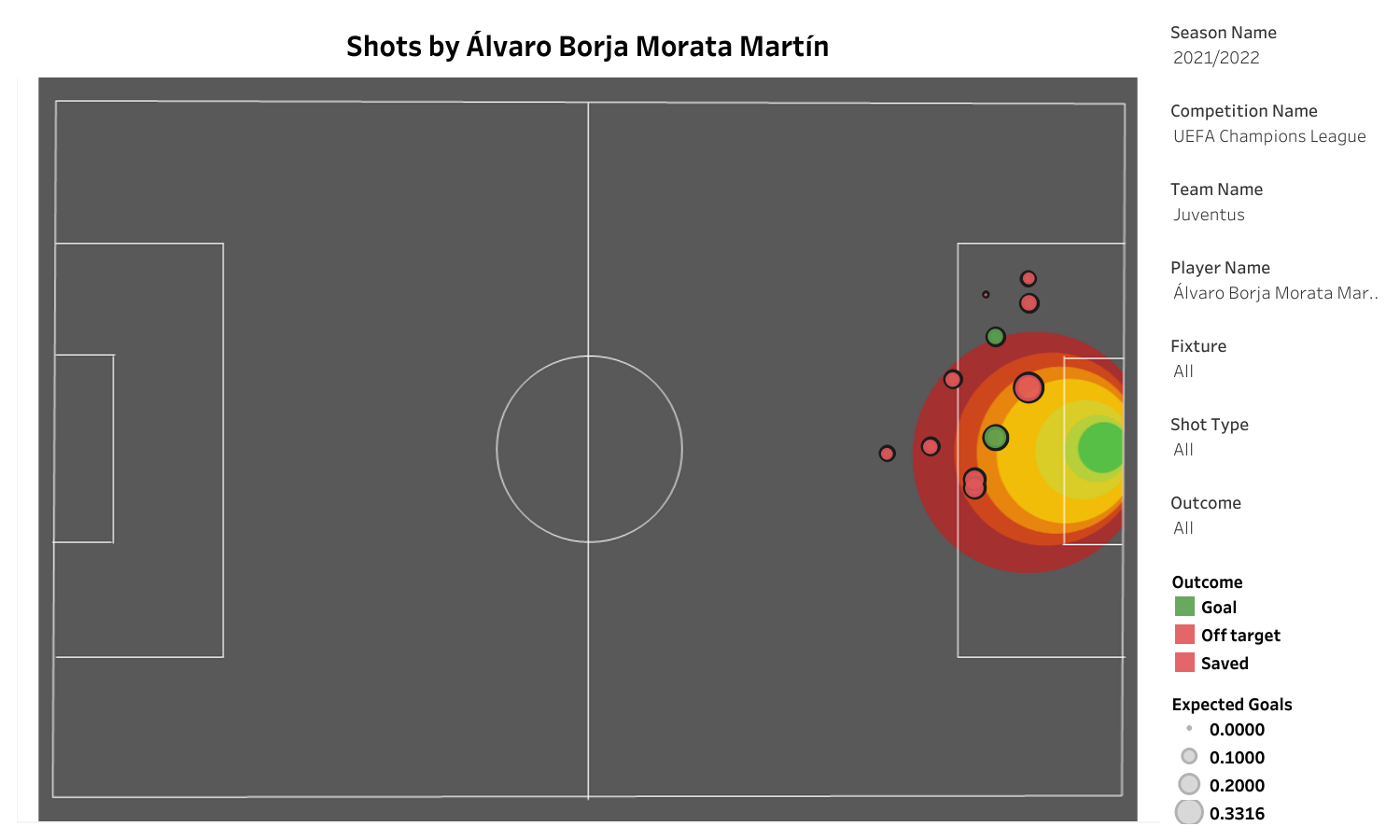 The above shot map shows all the 11 shots attempted by the player in the Champions League. Out of the 11 shots, six have been on target. Morata has attempted eight shots from inside the opposition’s penalty box. He attempted five shots against Malmo with an 80% shot accuracy rate. 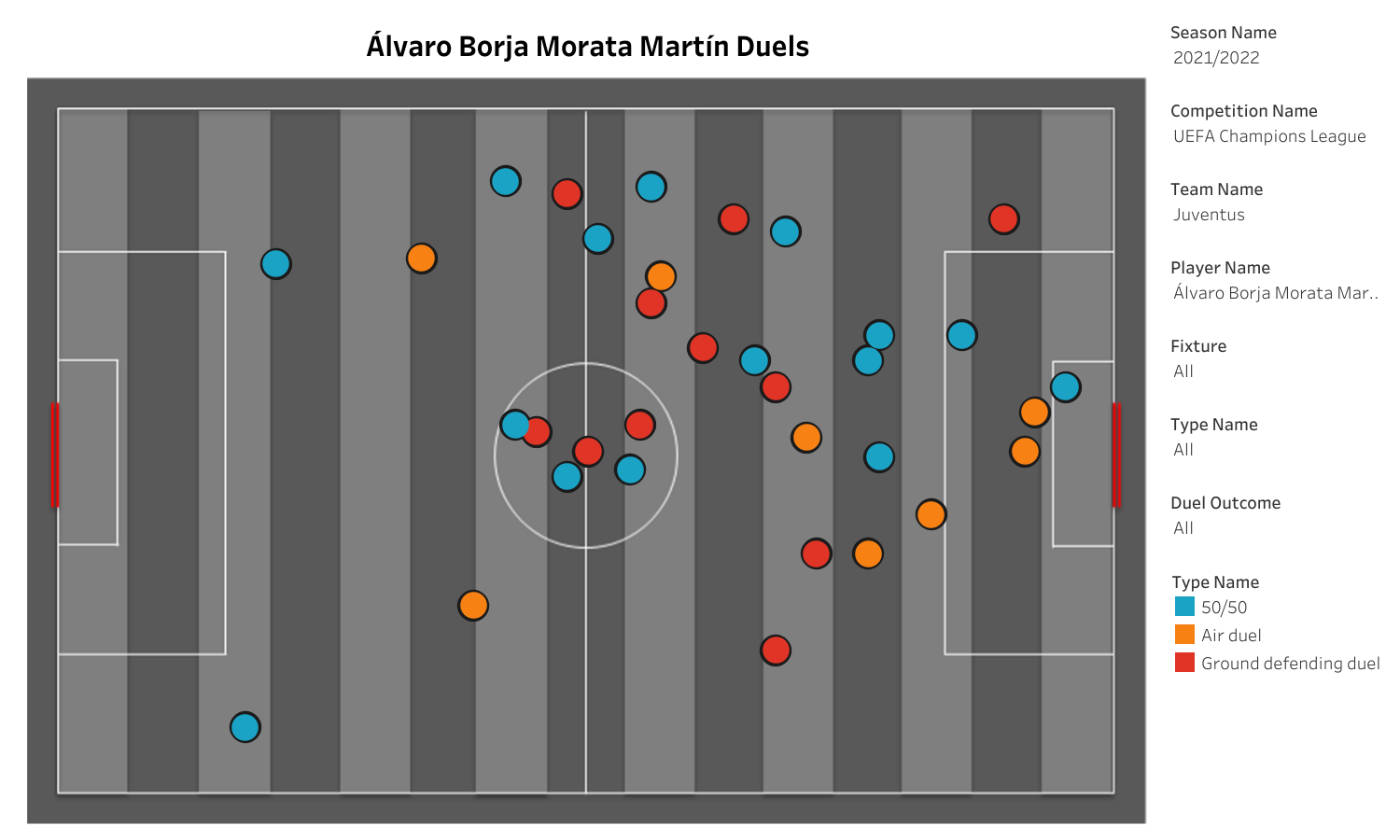 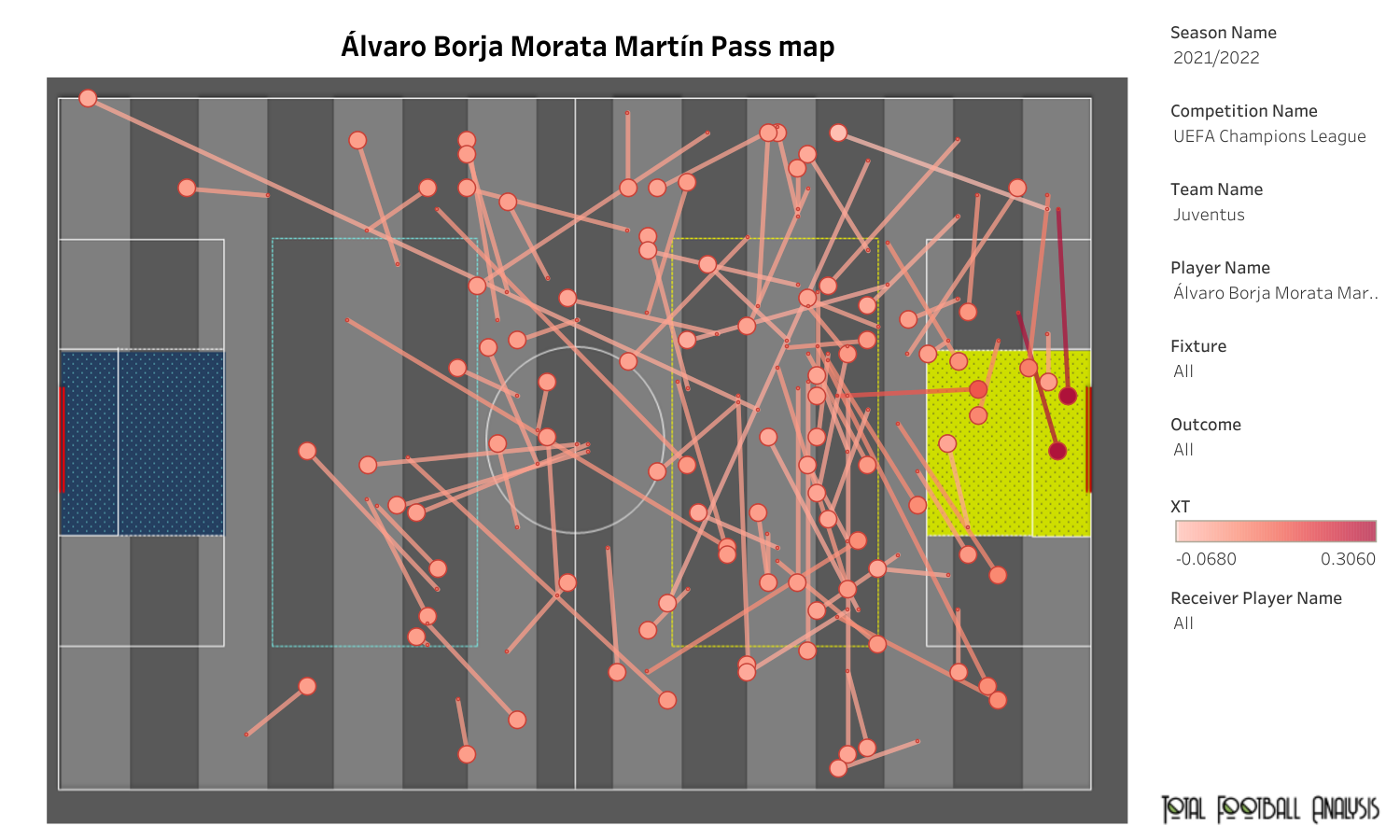 Alvaro Morata is also effective with his passing and can also go wide to attempt some passes into the opposition’s penalty box. His 94 passes this season include three crosses, five long passes, one smart pass, and three through passes. The player has an expected assist rate of 0.75.

Alvaro Morata has a lot of experience behind him and could be a perfect choice in front of the young Arsenal midfield. Arsenal need to sign a striker to strengthen their grip on the top four positions in the Premier League. Pierre-Emerick Aubameyang is likely on a move away from the Emirates, and Arsenal have to fill the vacated spot.