English Premier League side Arsenal allowed six players to leave the club in the winter transfer window, either on loan or permanently. Manager Mikel Arteta had fallen out with club captain Pierre Emrick-Aubameyang. The striker joined Barcelona on the deadline day of the window, leaving Arsenal with Alexandre Lacazette, Eddie Nketiah, and Gabriel Martinelli to lead the Gunners’ attack. Arsenal’s attempts to sign Dusan Vlahovic failed, after the striker joined Juventus permanently. So, with three options left, who could lead the Gunners’ attack?

Out of the three players, Alexandre Lacazette has spent the highest number of minutes on the pitch. The Frenchman made 16 appearances in the league this season. Gabriel Martinelli appeared in 14 games but has only played on the left wing. Eddie Nketiah has only made four league appearances and could be getting more game-time on the pitch. 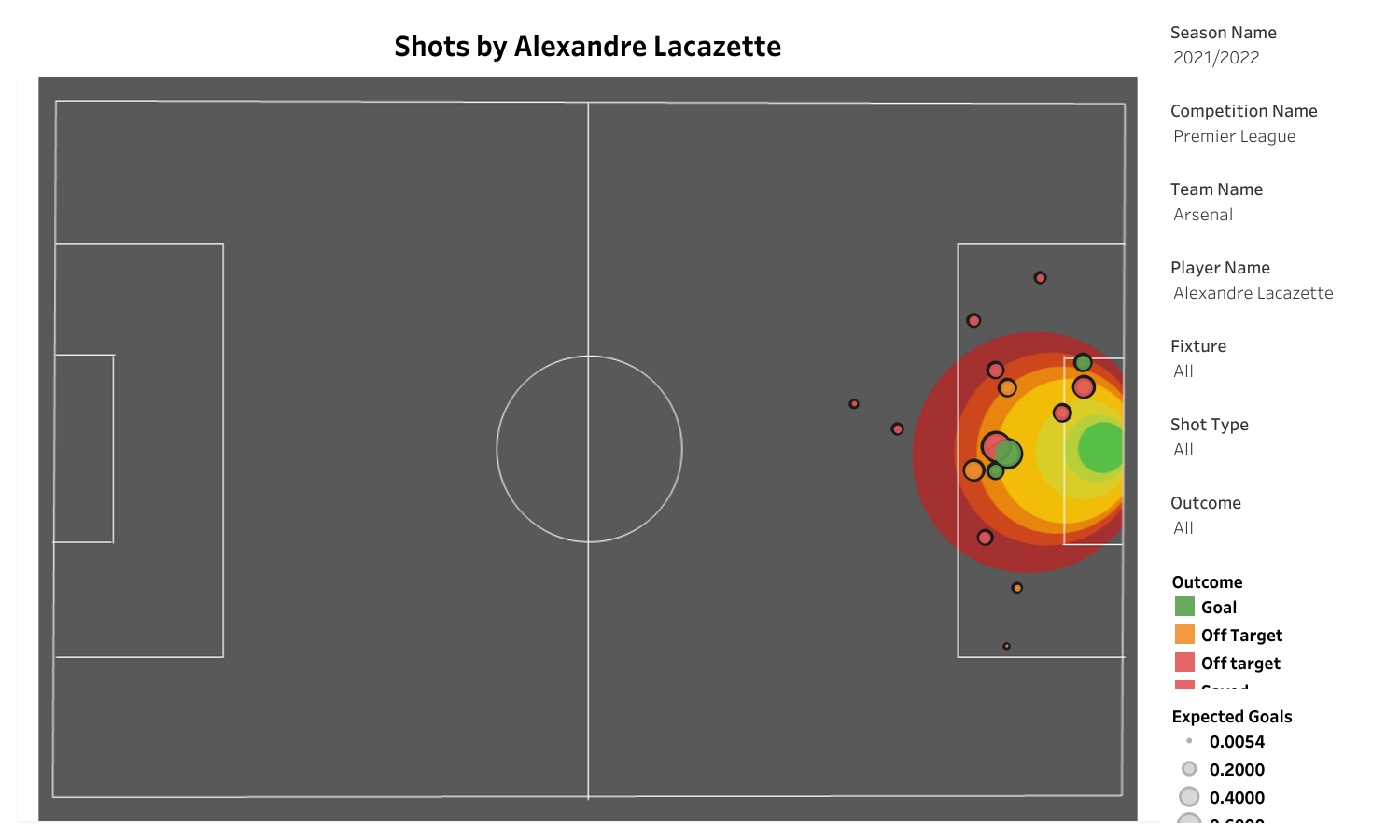 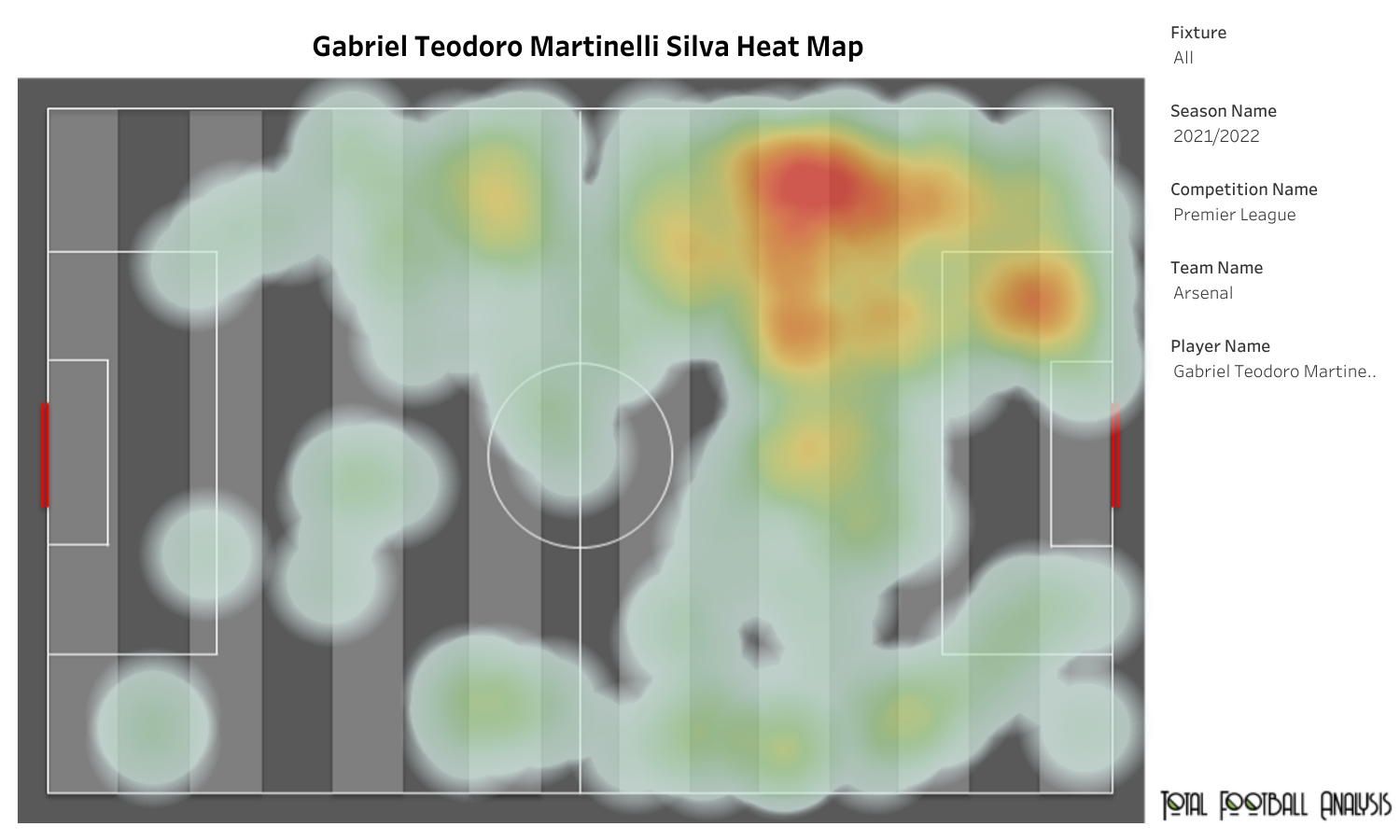 Gabriel Martinelli has played on the left wing, as evidenced by the heat map above. He has already bagged four goals this season and possesses a lot of threats going forward. Martinelli has attempted 22 shots and has five shots on target. His xG rate is 0.34, and he has 42 touches inside the opposition’s penalty box. 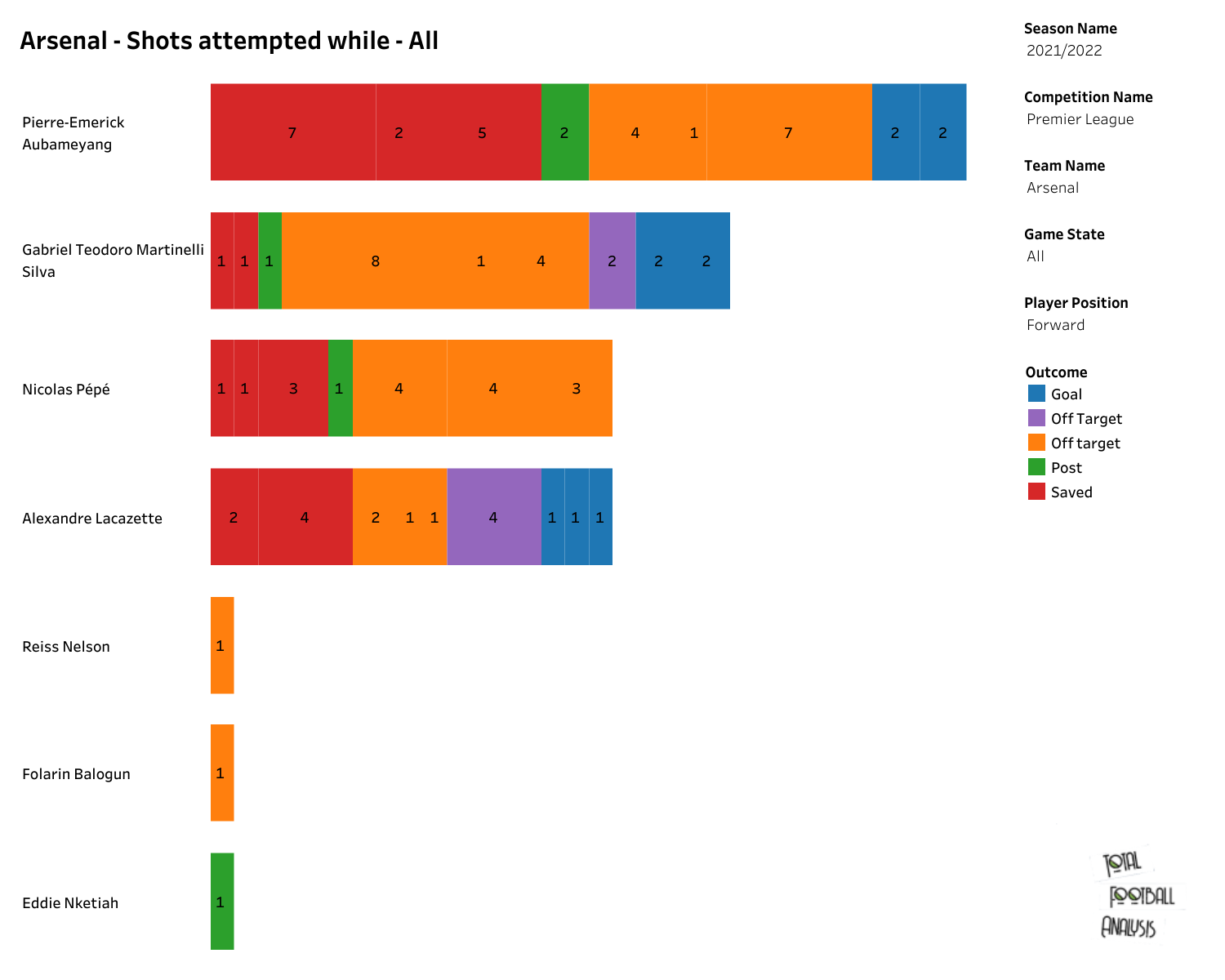 The above chart shows the shots attempted by Gunners’ forward players this season. Gabriel Martinelli has attempted the highest number of shots amongst the three players. Eddie Nketiah has the least number of minutes on the pitch. He has only lasted 55 minutes and attempted one shot. He was unlucky not to score a goal as the ball hit the post. Martinelli has a lower shot accuracy rate than Lacazette. 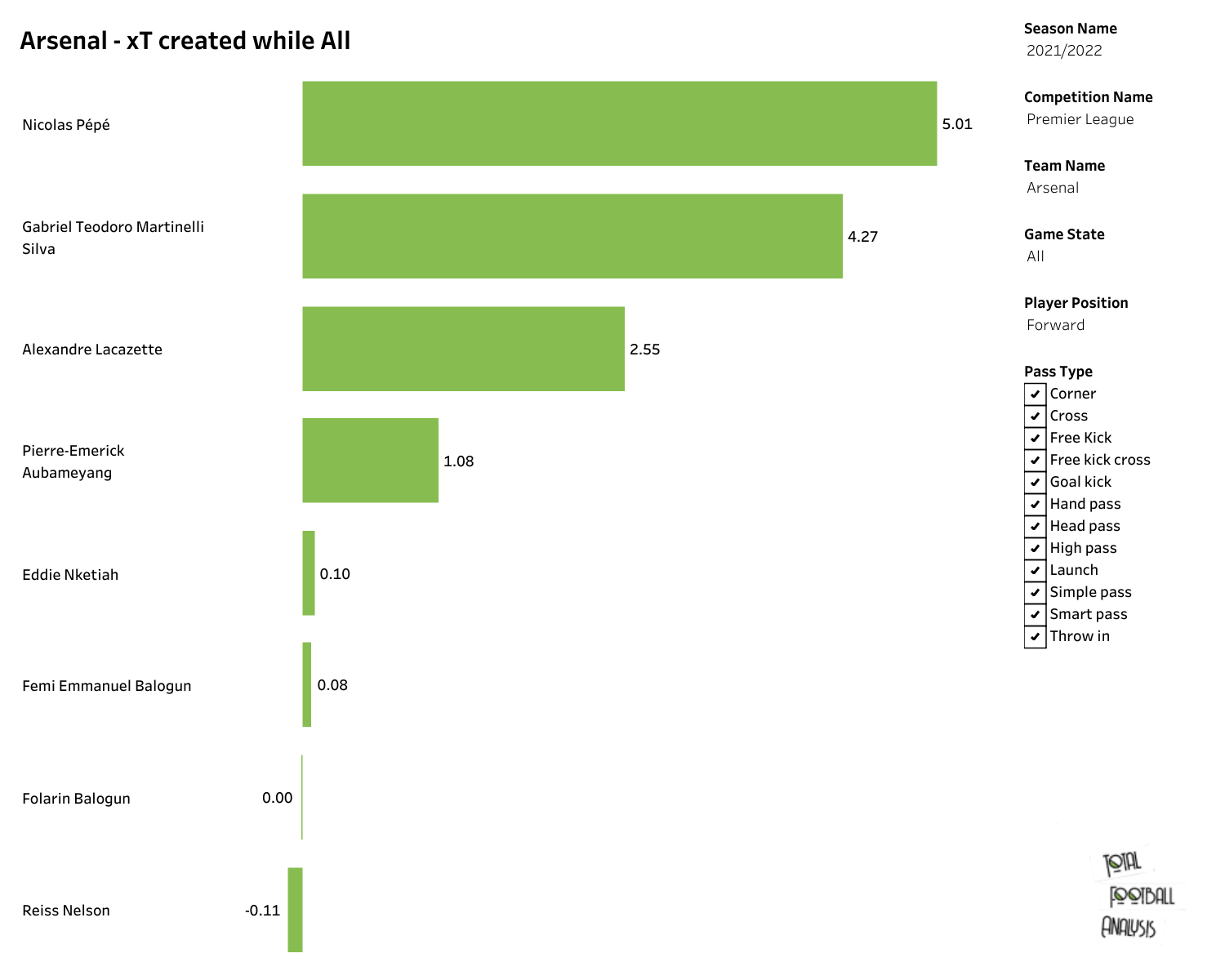 From the above chart, we can observe the xT from passes. Gabriel Martinelli, once again, is above his other two teammates and has created a lot of threats from a wider position. However, Alexandre Lacazette has three assists to his name, and Martinelli has two.

Gabriel Martinelli has created a lot of threats from wider positions, and Arteta might not use the player in the centre. But Martinelli has played as a striker in the youth team and could feature in the same role for the senior team if needed. Alexandre Lacazette is the most experienced and will be the main striking option. Eddie Nketiah will surely get more game-time. The other two are likely to start together in the starting lineup, with Martinelli playing on the left wing.