Arsenal are one of the in-form teams this season and have become favorites to finish in fourth place in the English Premier League. The Gunners have a squad full of players who are young and rated highly amongst the other players. Arsenal’s run for qualification has seen a lot of contributions from Gabriel Martinelli, Martin Odegaard, and Bukayo Saka. They have been the driving force behind the Gunners’ attack and have a lot of potential that could help their side earn future glories. 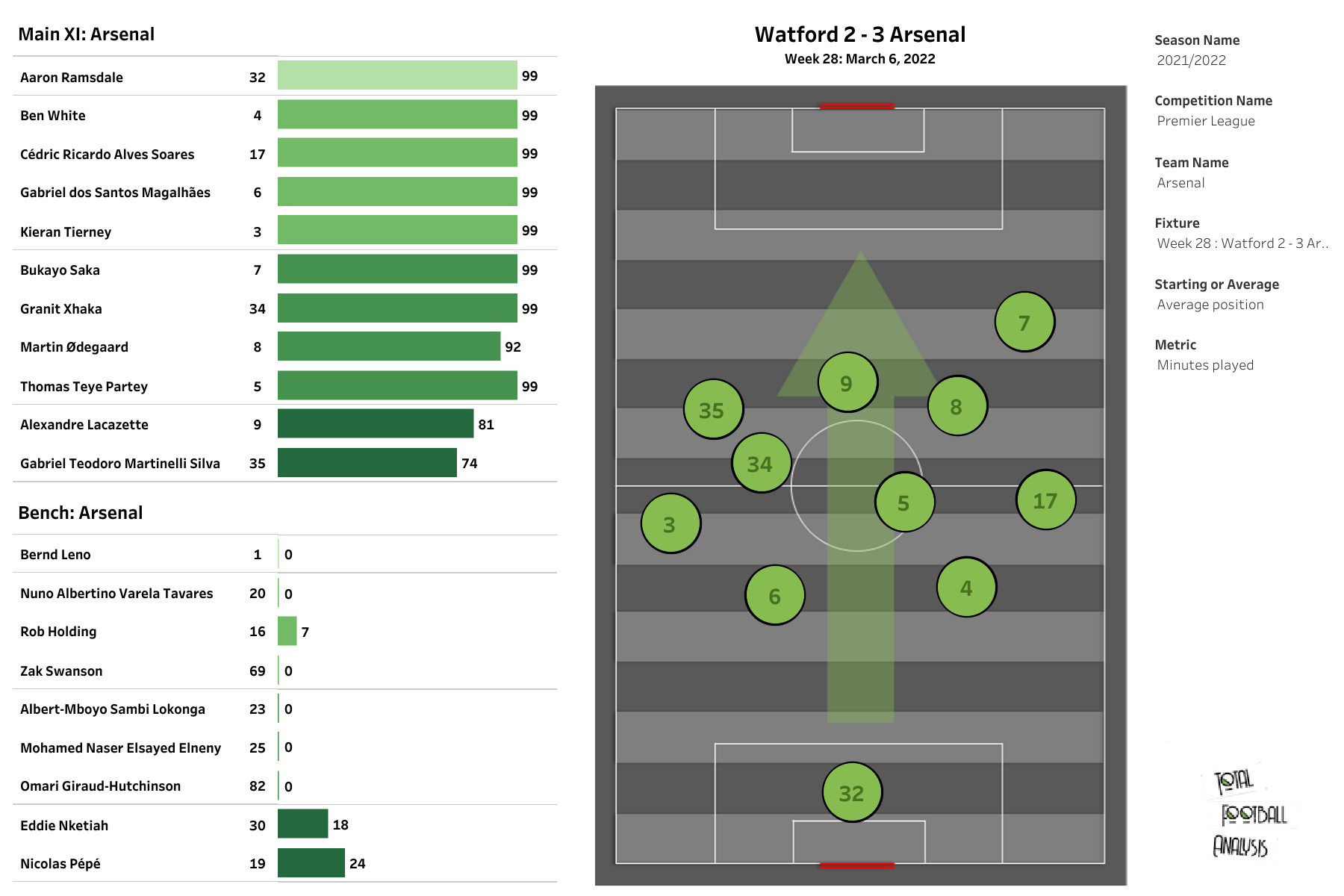 Mikel Arteta’s men line up in a 4-2-3-1 formation with Martinelli, Odegaard, and Saka featuring as the three attacking players behind the striker. The above viz shows the average position of Arsenal players from their 3-2 win over Watford. Gabriel Martinelli plays on the left while Bukayo Saka plays on the right. Martin Odegaard initially starts in the centre, but he likes to drift more towards the right side of play. These three have been the most consistent starters in the attack. 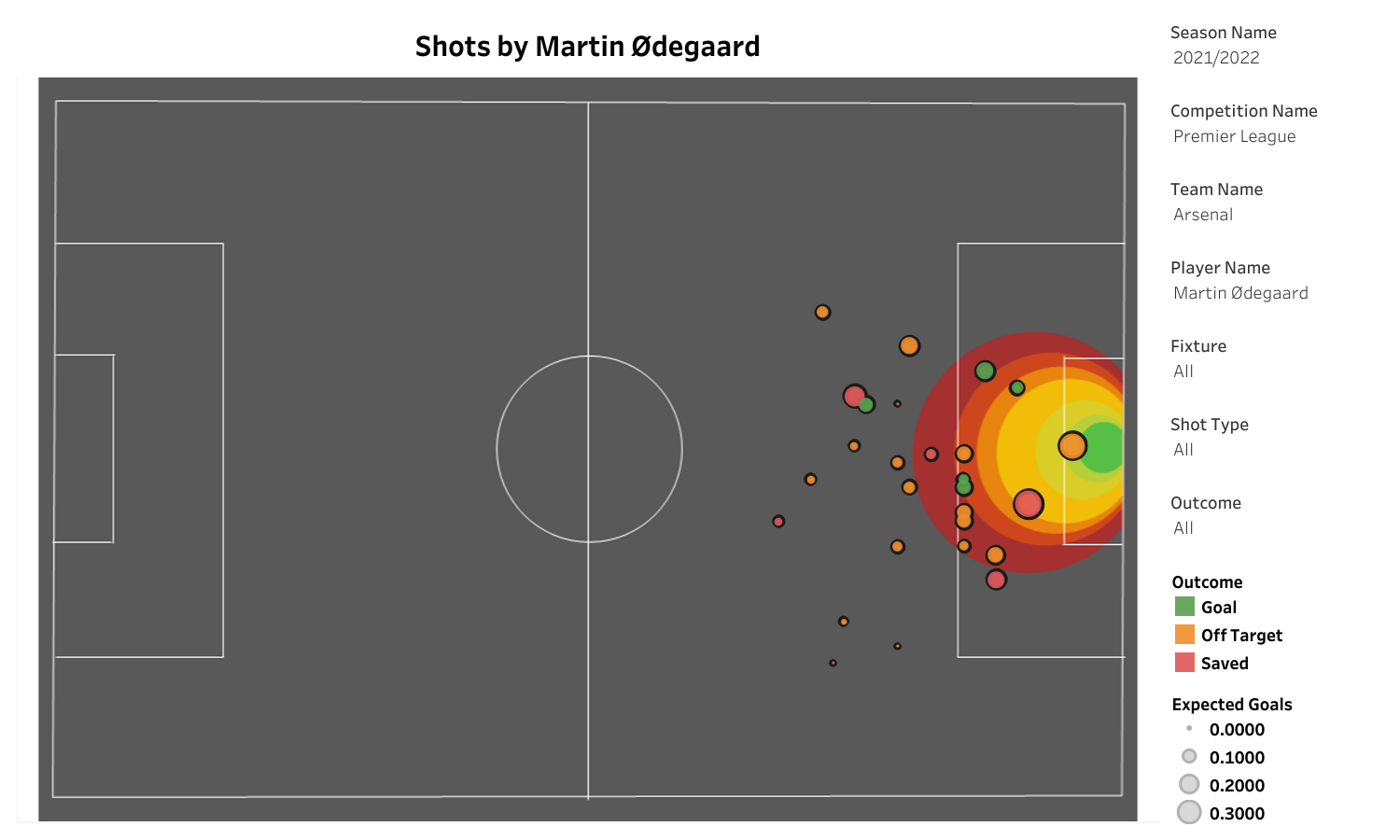 Martin Odegaard was signed permanently in the summer after spending last season on loan. The former Real Madrid man has made 24 appearances and has five goals, along with three assists to his name. Odegaard has attempted 27 shots this season, and 11 of them have been on target. The overall xG rate of the player is 2.91. Of these 27 shots, 12 have been attempted from inside the opposition’s penalty box with a 50% shot accuracy rate. He has also been effective with his passing and has provided three assists, with an xA rate of 4.08. The Norwegian has made some important contributions to the team. 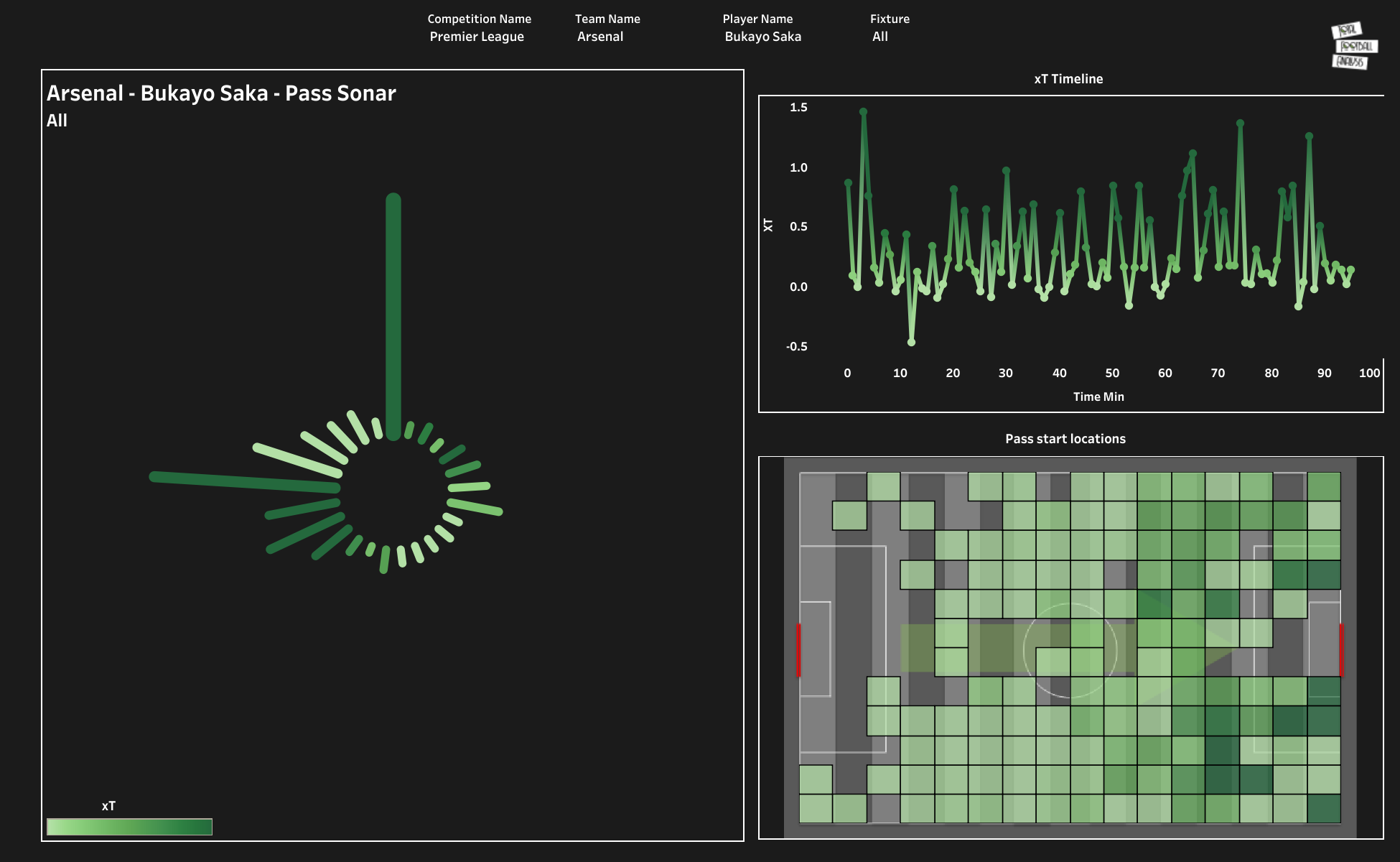 Arsenal’s main player this season has been Bukayo Saka. The Englishman has made 26 appearances in the Premier League and has made the highest goal contribution for his team. The 20-year-old has scored on eight occasions and set up five goals in the process. Overall, he has attempted 57 shots, 19 of them being on target. The above viz shows the pass starting location and the xT timeline. Saka creates a lot of threats in every phase of the timeline and likes to get inside the box. The highest threats are created by the passes attempted from inside the opposition’s penalty box or just from the edge of the box. 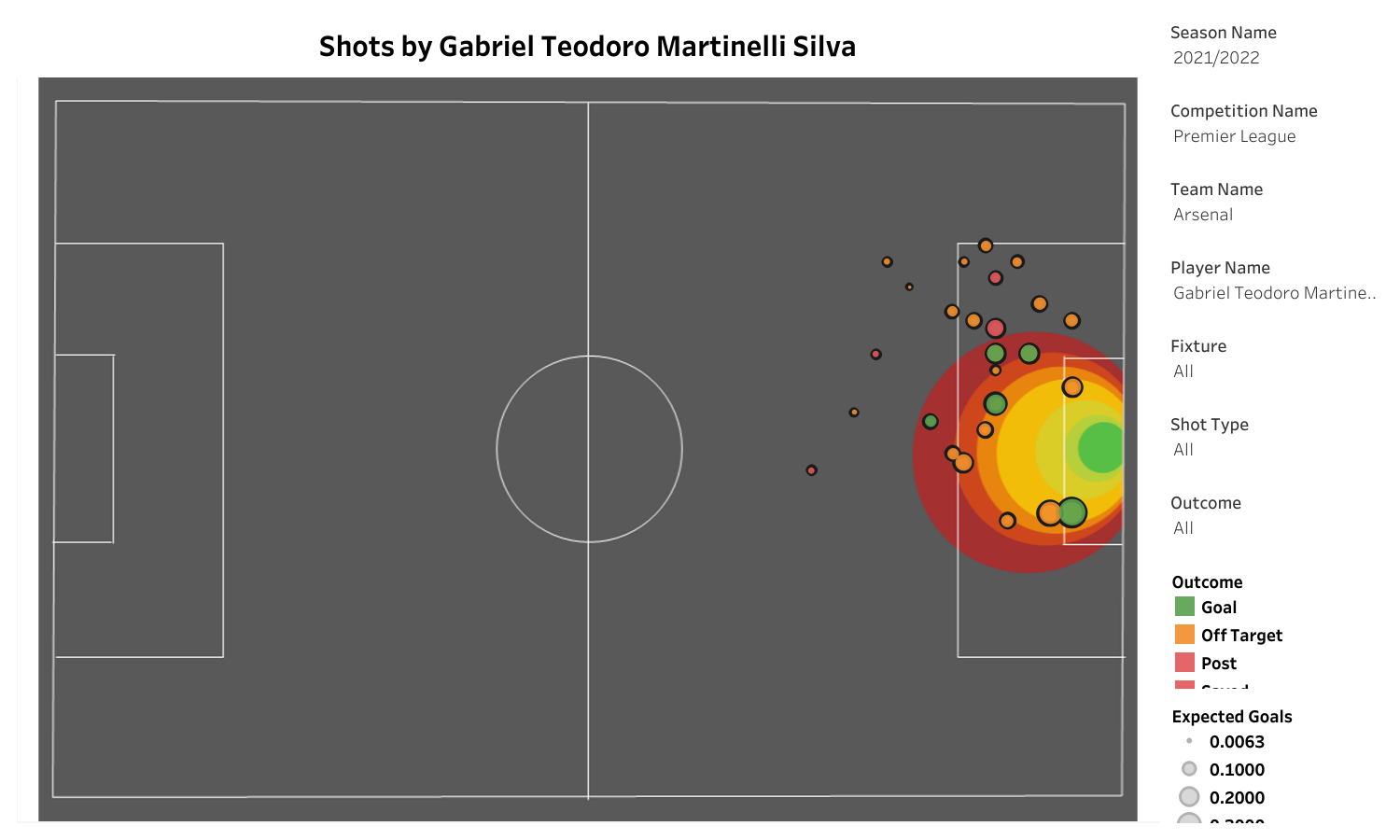 Gabriel Martinelli has made 18 appearances for his side, and his performances have forced the benching of the top goalscorer, Emile Smith-Rowe. The forward has scored five goals and also provided three assists. Martinelli creates a lot of threats from the left side. The above shot map shows all the 28 shots attempted by him. Of these 28 shots, seven of them have been on target. He has scored four goals from inside the box and one from the edge of the box.

These three have been the top contributors for the Gunners and have helped their side gain momentum over others in a fight for the UEFA Champions League spots. Mikel Arteta has relied on them heavily, and these three have featured together in the last few games. They will look to give more contributions that can help their side to achieve more success in the future.