Arsenal made a poor start to the English Premier League 2020/21 season with three defeats in the first three games. After a poor start, the Gunners nearly qualified for the UEFA Champions League but finished fifth in the league table. This season, Mikel Arteta’s men had a completely different start in which they managed to win their first five matches and have only dropped points in one of the seven matches played. Mikel Arteta has a lot of hands behind the success. The Arsenal players have adapted to the tactics of the Spanish manager and are on a roll.

The Gunners finished last season with an average goal rate of 1.61 and a 1.81 xG rate per match. They averaged 53.1% of the ball possession and passed the ball 461 times with an accuracy rate of 86.3%.

This season, there has been a lot of improvement in the performance of the team. Arsenal averages 2.43 goals with an average xG rate of 2.03 per match. The possession rate of the team has gone up to 58.5% and the passing average has also increased to 502 with an accuracy rate of 87.5%. The team is finding a rhythm under the manager. Now we look at some of the stats that show how Arsenal play under Mikel Arteta. 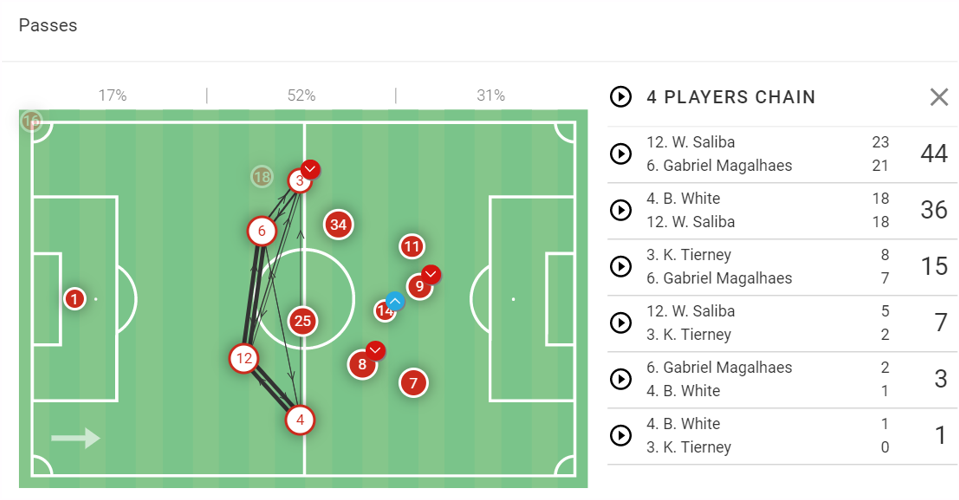 Mikel Arteta prefers to play with a back four and his preferred formation is 4-2-3-1. Last season, his top four picks in the defensive positions were Kieran Tierney and Takehiro Tomiyasu as the full-backs and Gabriel Magalhaes playing as the left centre-back alongside Ben White. This season, there are a few changes in personnel. Oleksandr Zinchenko has got the nod ahead of Kieran Tierney, and Ben White has shifted to the right-back position. William Saliba is the preferred partner for Gabriel. The left-back plays a more attacking role. 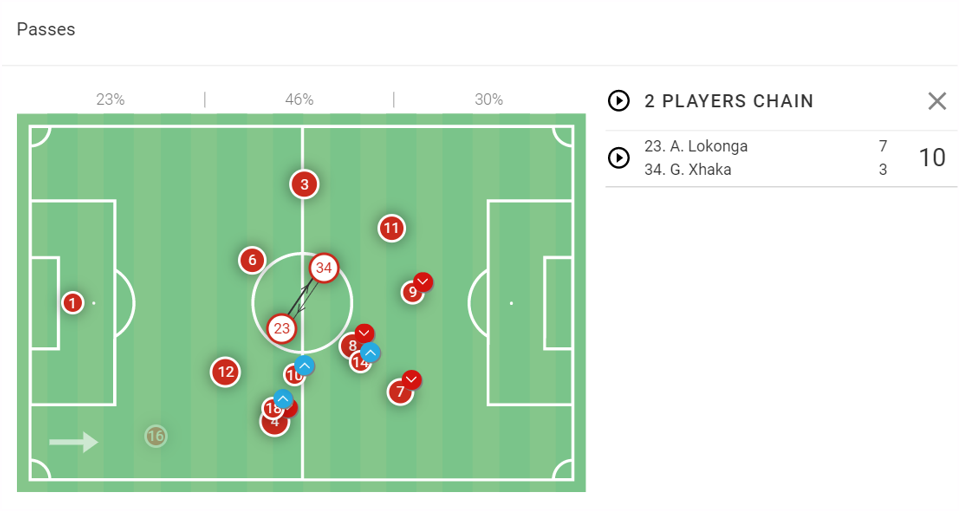 The midfield two play a crucial role in controlling the pace of the game for Arsenal. Granit Xhaka and Thomas Partey are the two preferred players in this role. Granit Xhaka plays on the left side and takes a more attacking role than the other midfielder. This can be noticed by looking at the above viz. The other player, which is Sambi Lokonga in this case, is playing a deeper role. This gives them extra manpower both in the attack and the defence. 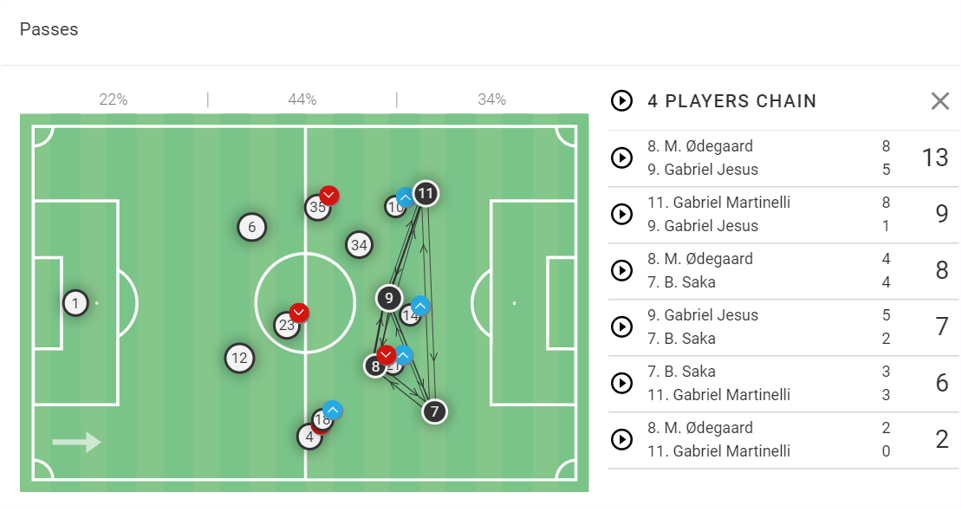 The attack is a mix of two wide forwards, a striker and a number ten. Gabriel Jesus’s signing has helped the Gunners score more goals this season. The player has settled well into the team and is making his mark at the Emirates. Gabriel Martinelli plays on the left side, and Bukayo Saka plays on the right. Martin Odegaard plays the number ten role for the club. One of the most interesting tactics that the manager has used in every match is the positioning of his number ten player. Martin Odegaard drifts towards the right side and Gabriel Jesus drops a bit. This allows wide players to make runs from the outside and get into goal-scoring positions. This can be observed by looking at the above viz. This is the reason why the right-back stays back and the left-back makes forward runs.

Arsenal’s tactics have worked so far and have given them points. Mikel Arteta will be happy with the way his players have adjusted to the tactics and with the results they are getting.