Arsenal continued their fine start to the English Premier League season after winning six of the first seven games. All the players have contributed to the success of the team in the league. There is more creativity in Arsenal’s attacks and the defence has become solid. Some of the new signings have proved to be good buys, while the other players in the team have also performed above average. One of the players that has now come to life is Bukayo Saka. The 21-year-old winger was unable to make an impact in the first three fixtures. However, Saka showed his class and the reason why he is one of the top talents in world football. We now look at some of the stats that show Saka’s improvement in the last few rounds of the English Premier League. 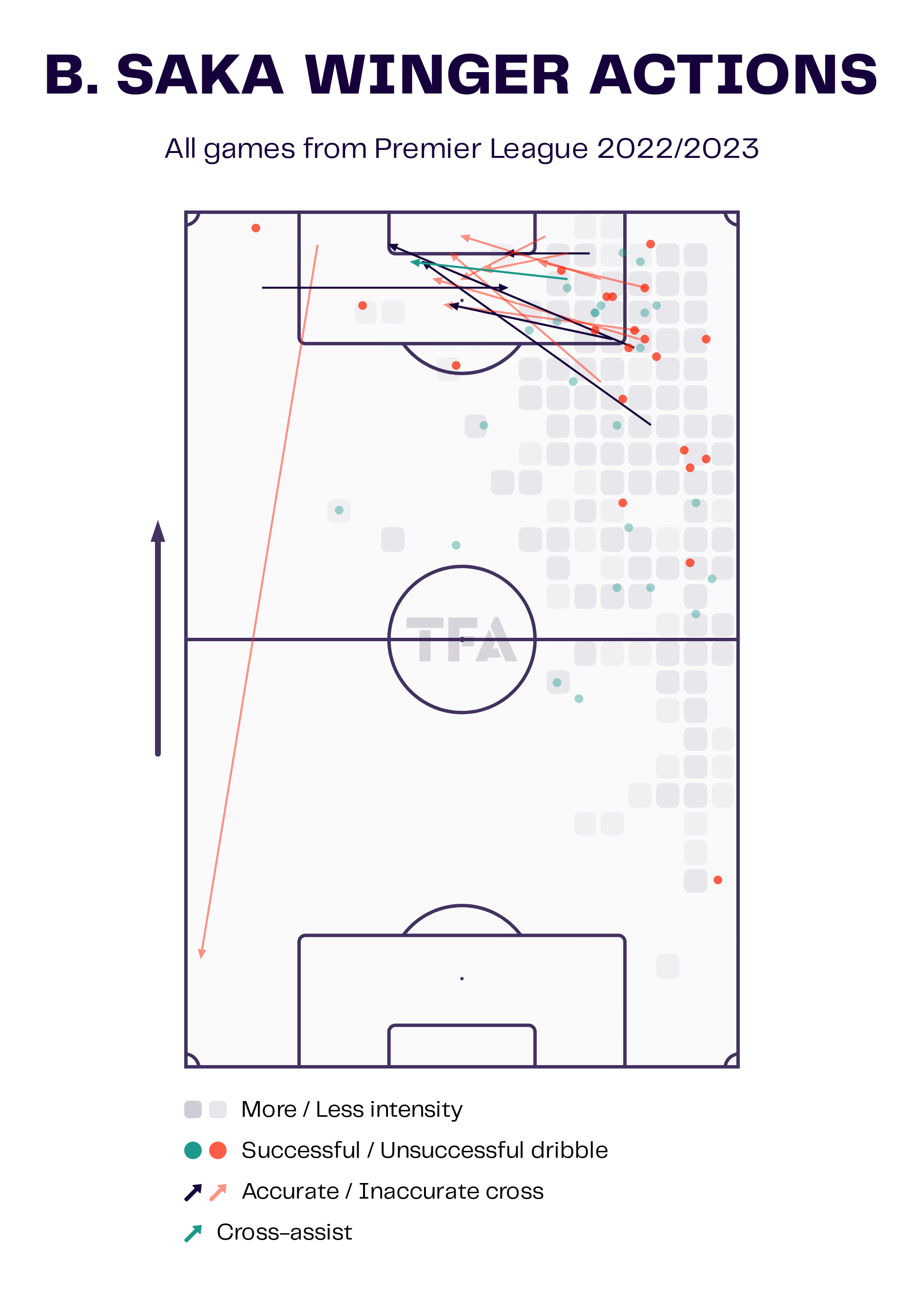 Bukayo Saka has started in every English Premier League match this season. The player has scored a goal and has three assists to his name. Saka plays as a right-forward player and usually plays a high attacking line. The above viz shows the crosses and dribbles of the player. Saka has attempted 45 dribbles and has a success rate of 53.3%. The 21-year-old has attempted 15 crosses but has a low accuracy rate of 40%. We can observe that one of the crosses attempted by the player has been converted into a goal. Another cross was attempted from a corner kick and William Saliba scored a header from that pass in the last match. 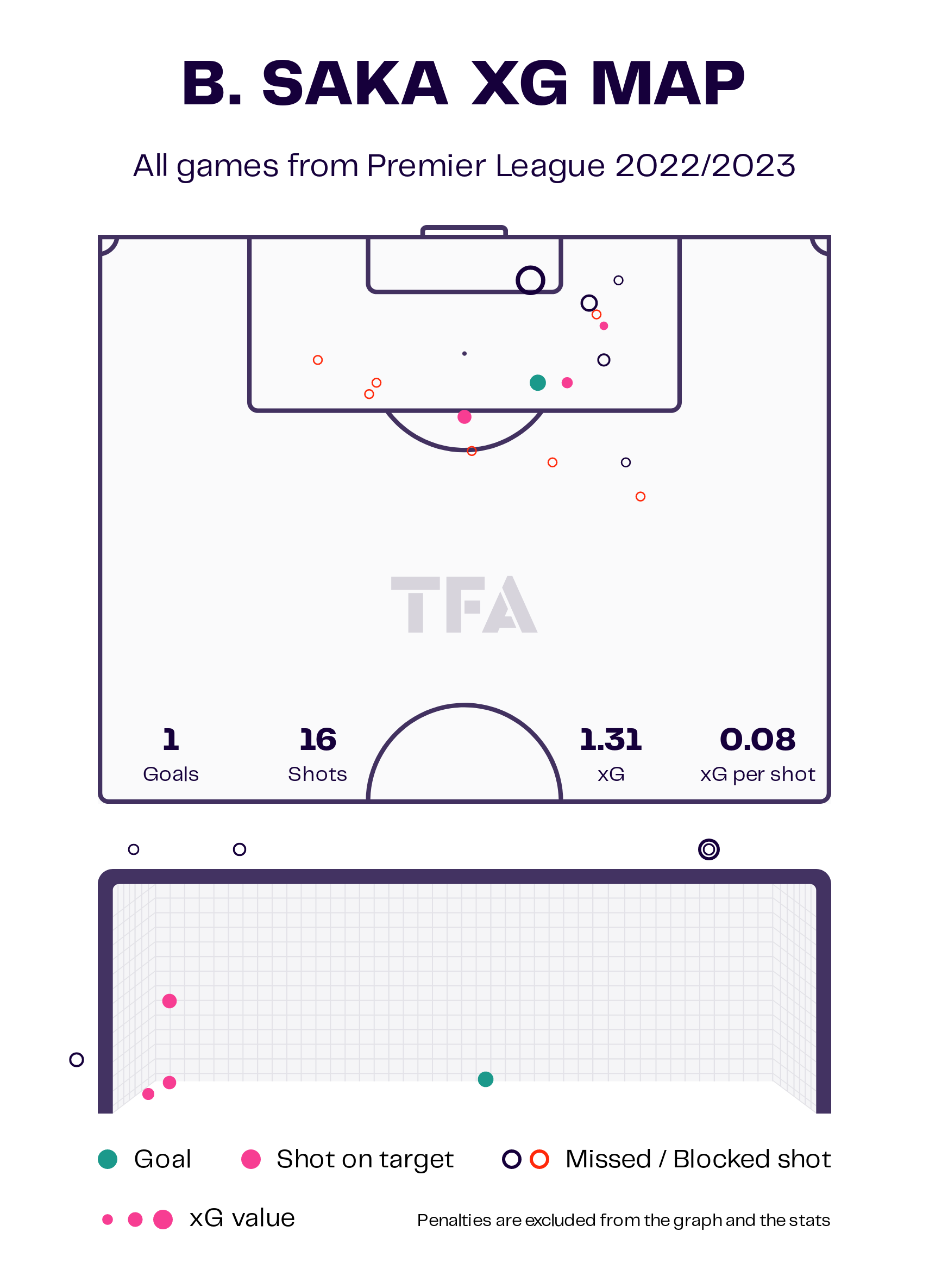 Bukayo Saka scored his only goal of the English Premier League season in Arsenal’s only defeat of the season against Manchester United. Saka has attempted 16 shots with a 25% accuracy rate. In the first three games, the forward attempted only four shots. The next three games saw his average shot per match increase to three shots, but the accuracy rate remained the same. Saka has attempted most of the shots from his favoured right side and has mostly aimed for the far post.

Bukayo Saka prefers to start his plays wide. He likes to stay near the throw-in line and stretches the opposition defence. The Englishman has made use of his pace and dribbling skills to get past the defenders. Saka has already made 28 runs that have penetrated the opposition penalty box. He is capable of maintaining this rate throughout the season and will look to create more opportunities for his teammates and himself.

Bukayo Saka’s return to form has lifted the confidence of the Gunners. They are on a good run of form and will look to carry the momentum into the season. The 21-year-old is the star player for the Gunners.

Under the microscope: Why Arsenal should go for Ruben Neves despite...

Under the microscope: Fabio Vieira – With his creativity from the...