Arsenal have been one of the most active teams in the transfer window. The Gunners have already signed Fabio Vieira from Porto and finalised a deal for Brazilian striker Gabriel Jesus from Manchester City. Mikel Arteta is looking to add more names to the squad due to a lack of depth in the squad and to increase their chances of a top-four finish in the league table. One of the players that Arsenal have thought about signing is 23-year-old Dutch winger, Cody Gakpo. The youngster has been a part of PSV’s first team since 2018. Last season, he made 46 appearances for the Dutch club and scored 21 goals. He also created chances for his teammates and helped them score 14 goals. The player carries a lot of threats and could end up playing in the English Premier League. 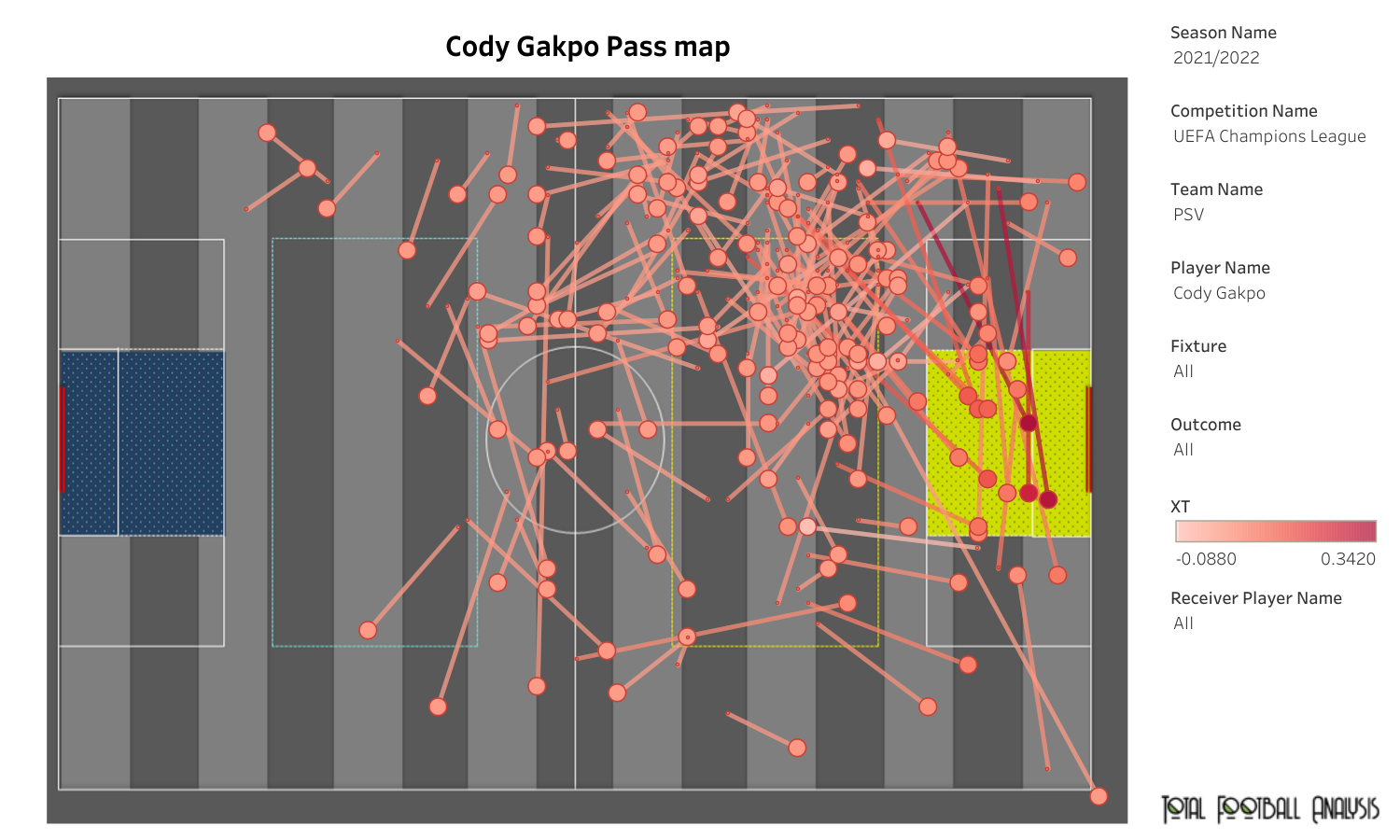 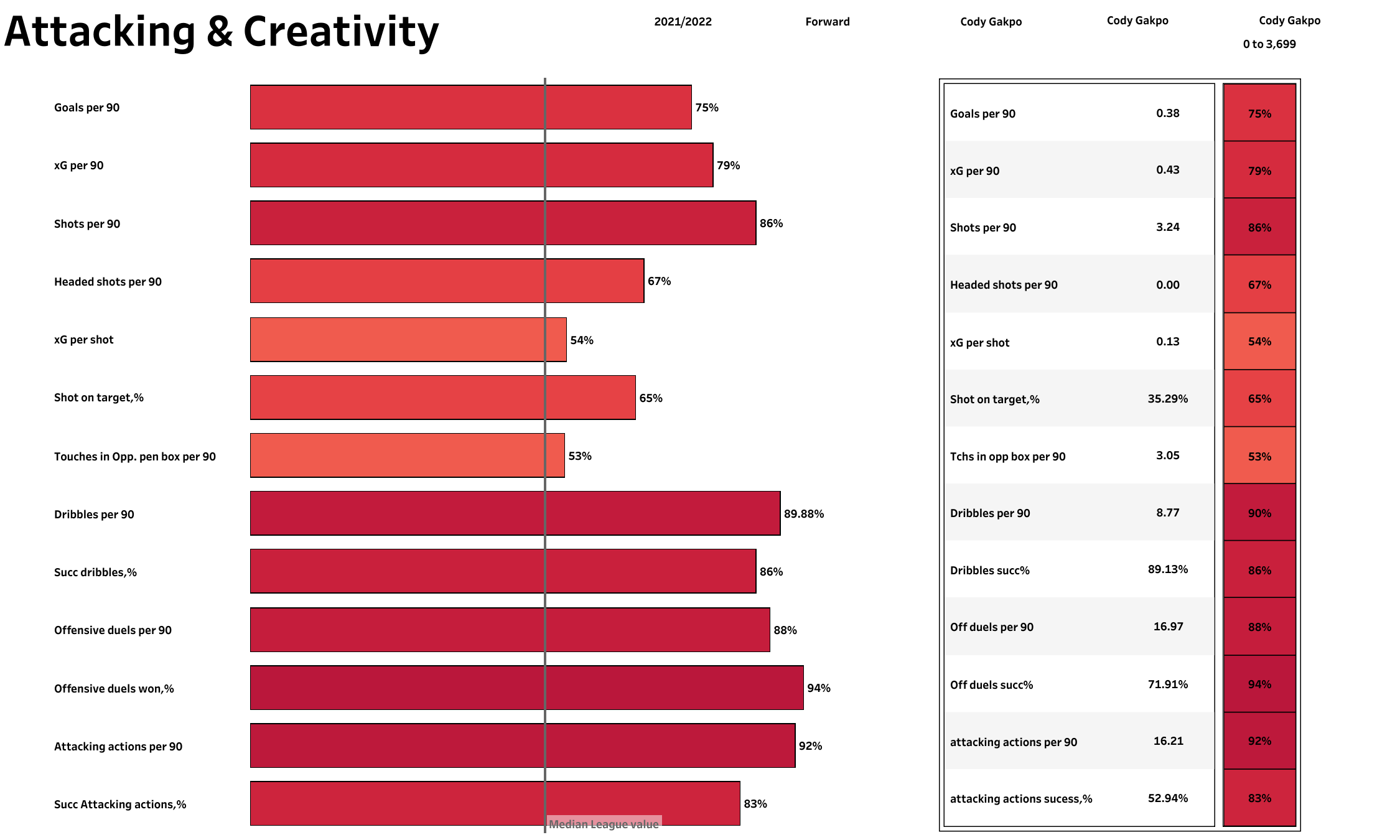 When looking at the above chart, the general rule is that the longer the bar, the better the performance — you can see the league average in the middle, and the % is the percentile rank the player is in. The above viz shows the attacking stats along with the percentile rank in comparison to other forwards in the UEFA Champions League. Gakpo made six appearances and was involved in more than 16 attacking actions and had a 53% success rate. The winger is also a good dribbler with the ball as he averaged 8.7 dribbles per 90 minutes with a high success rate of 89.13%. 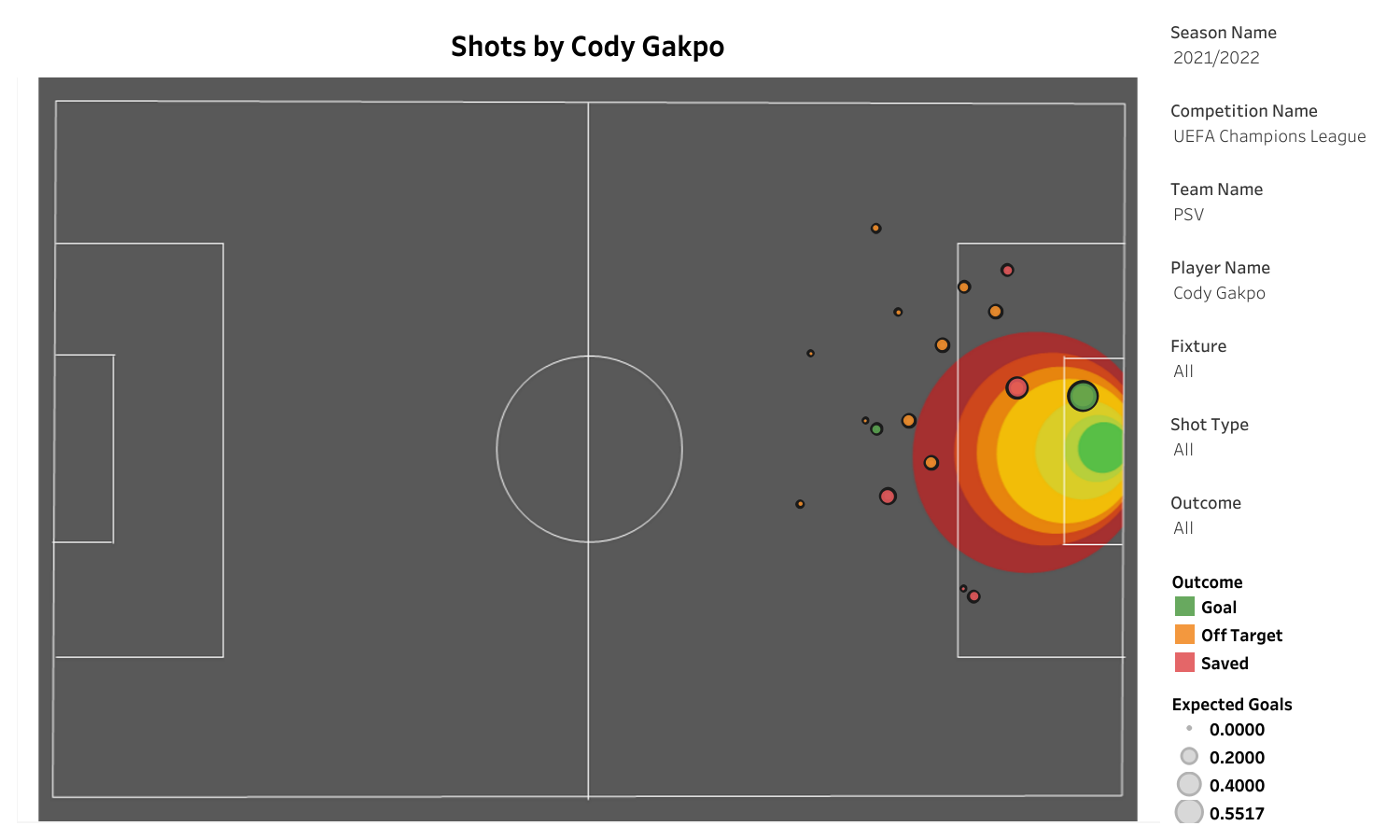 The above viz shows the shot map of the forward in these six appearances. Gakpo attempted 17 shots and managed to hit the target six times. Most of the shots were attempted from outside the penalty box, and he scored one of the goals from outside the box.

PSV’s Cody Gakpo carried a lot of threats for PSV in the qualifying stage of the UEFA Champions League. He continued his prolific run in the league and scored 12 goals in 27 league appearances. Gakpo likes to attempt shots and can create chances for his teammates. He could be on the move to London in the summer.

Under the microscope: Ben White’s first season at Arsenal

An early knock out can cause Arsenal to miss out on...