Arsenal manager, Mikel Arteta, has been handed a huge transfer budget to rebuild his team. The manager is short of midfield options as some of the players have gone to play in the AFCON, while some have been loaned out. The Gunners are targeting players from other English Premier League teams, and one of them is Leicester City’s Belgian international, Youri Tielemans. At a very young age, Tielemans has already made his mark in the domestic competition as well as the international circuit and is one of the primary targets for the Gunners. 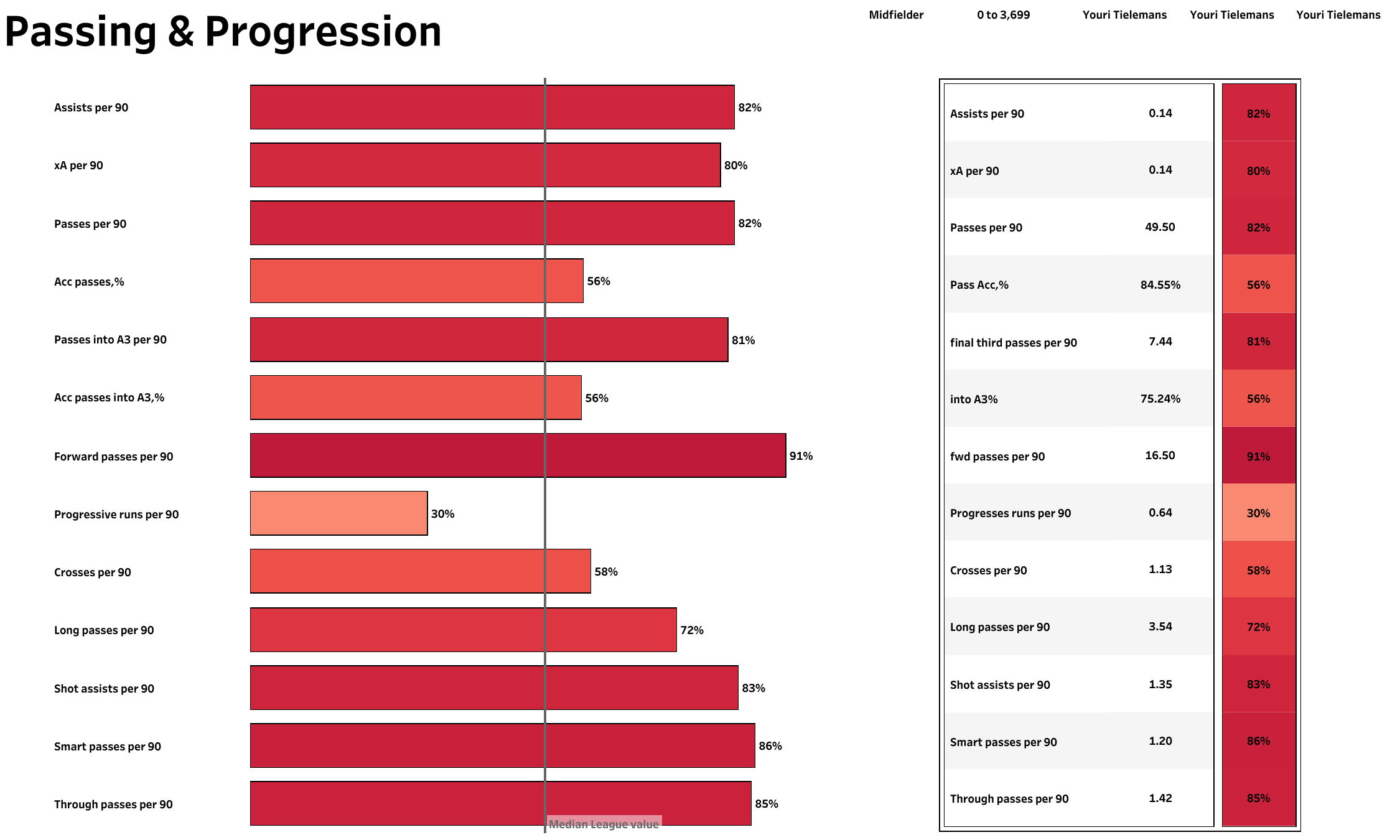 When looking at the above chart, the general rule is that the longer the bar, the better the performance – you can see the league average in the middle, and the % is the percentile rank the player is in. The midfielder averages 49.5 passes per 90 with an 84.55% passing accuracy rate. He is ranked highly for attempting forward passes in the league. Tielemans’ passing range includes 16 crosses, 17 smart passes, and 20 through passes. The player is ranked above average except in the progressive runs per 90 stats. 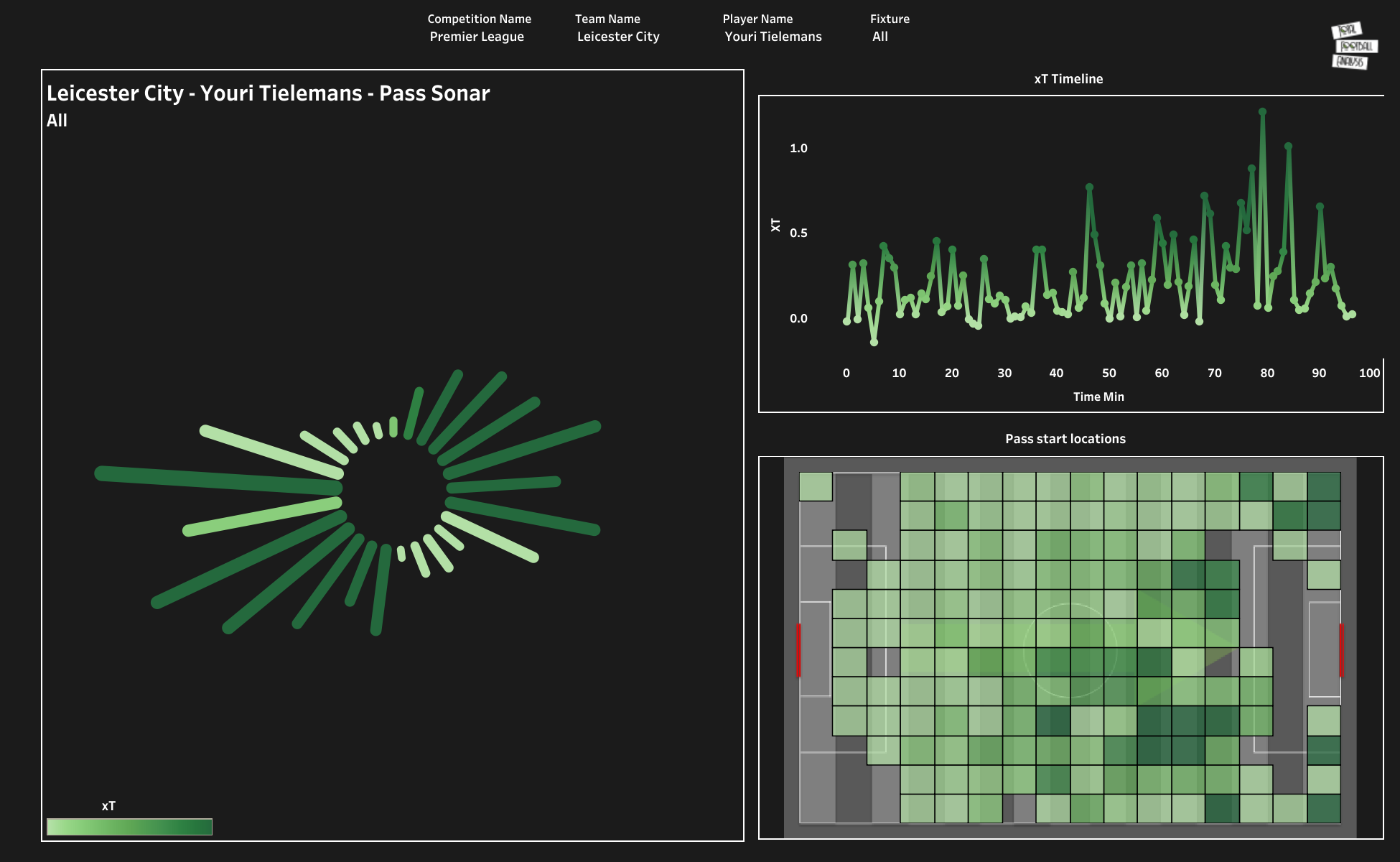 The pass start location shows that Tielemans has attempted most of his passes from the right side of the central midfield. He created a lot of threats in the second half, especially towards the end of the match. The highest threat rate is created by 22 passes towards Jamie Vardy. Tielemans has attempted most of his passes towards centre-back Soyuncu. He has taken wider positions in the match to support the attack and delivered some crosses into the box. 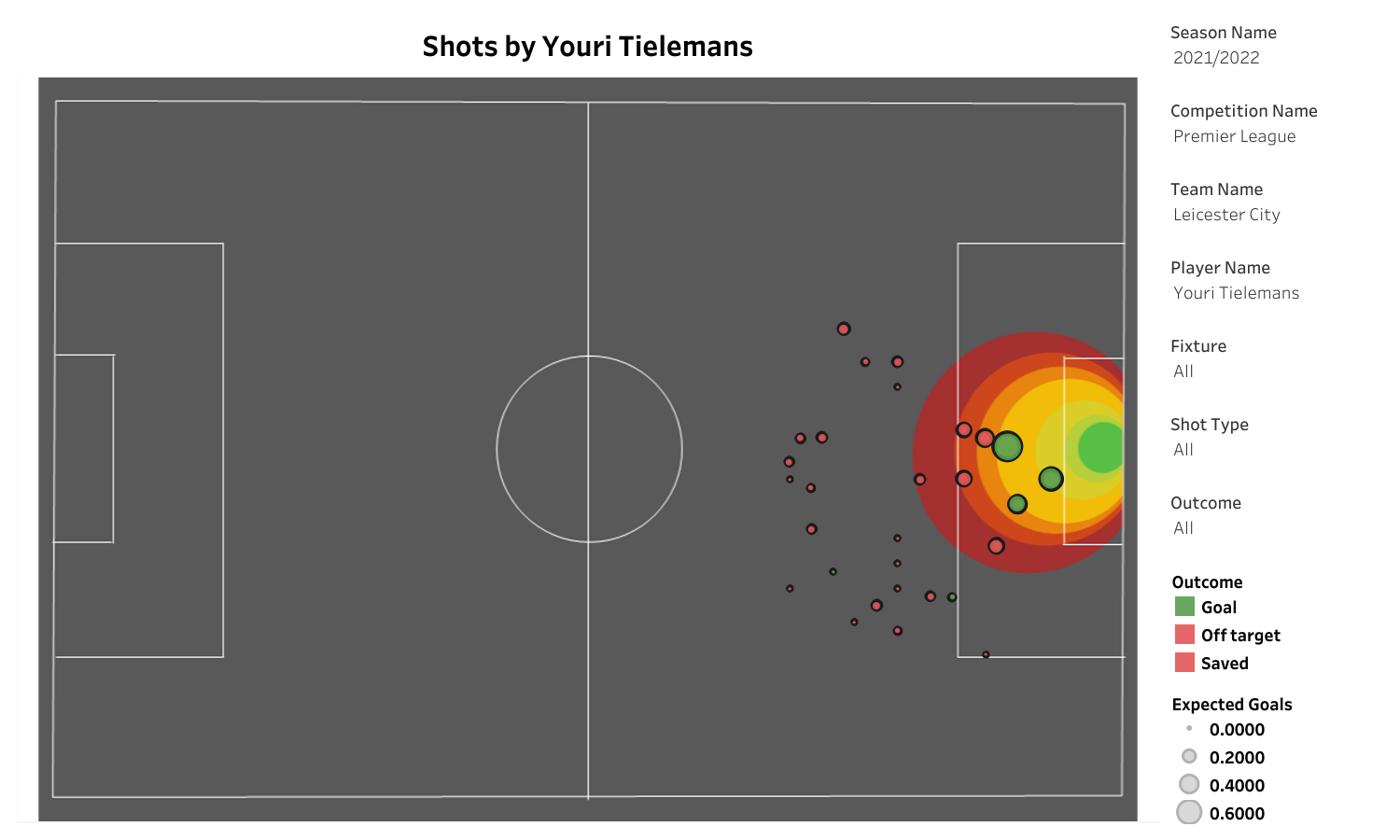 Youri Tielemans’ shooting ability is also attracting the attention of many clubs. The midfielder has scored five goals, and one of those goals was scored from the penalty spot. He attempted 29 shots and managed to hit the target ten times. Eight of the 29 attempted shots were made from inside the opposition’s penalty box. The overall xG rate of the players this season is 2.95. He scored a brace against Newcastle United in December.

Thomas Partey is the only Arsenal midfield player who has scored a goal this season. Both Granit Xhaka and El Neny have an assist to their names. There were no contributions from the other midfield players. Youri Tielemans’ attacking and passing ability can surely boost the Gunners’ squad. The manager will look to sign the player soon.

Arteta must make call over big name in coming weeks