Arsenal is one of the busiest clubs, scouting a lot of players to boost their squad for next season. Their main priority is to sign a striker that could lead their attack and score goals that could lead the Gunners for silverware in the coming years. They have a lot of players on their wishlist, one of them being Benfica forward Darwin Nunez. The Uruguayan has played a huge role in his side’s qualification for the final eight in the UEFA Champions League. The striker is just 22 years old, and the English Premier League side is keeping a close eye on the youngster. 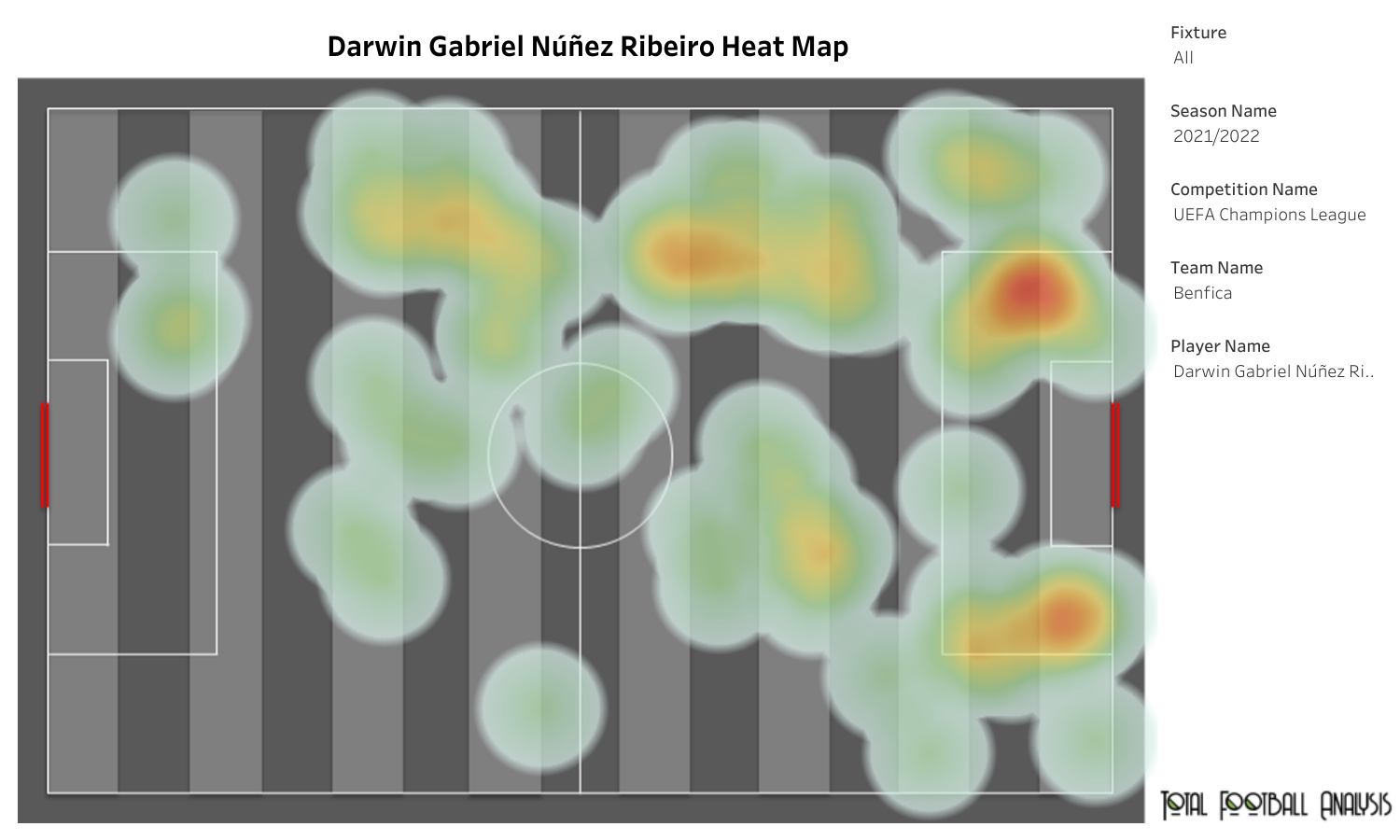 Darwin Nunez has featured in all eight games for Benfica this season in the UEFA Champions League. The youngster has started in four matches, and other appearances have been made from the bench. He has found the back of the net on four occasions. The above heat map shows that he can play towards the right and left sides. The player has been flexible with his positioning. He has taken 29 touches inside the opposition’s penalty box, and eight were against Ajax in the first leg of the Round of 16. 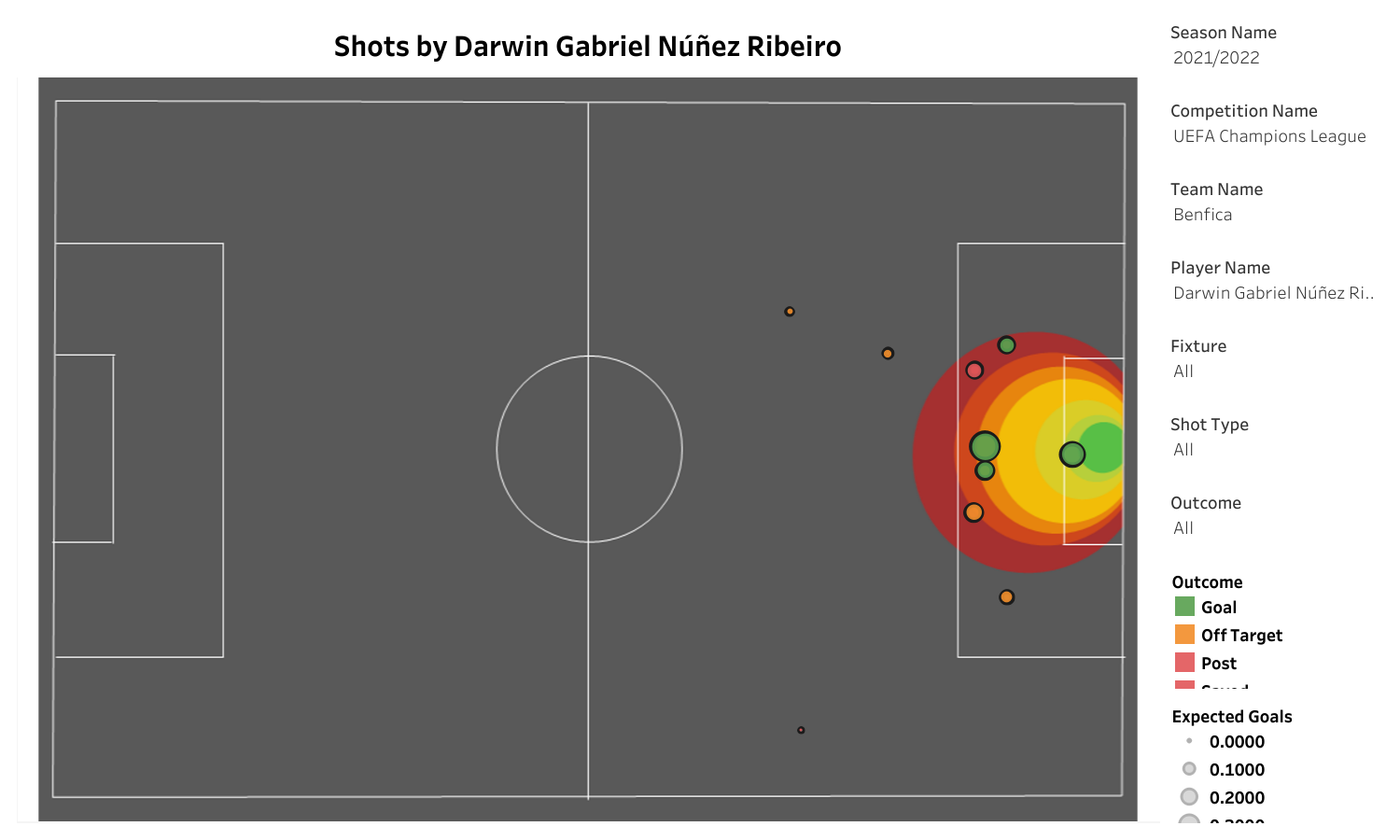 The 22-year-old has attempted ten shots so far this season. Of these ten shots, four were on target. All the shots on target resulted in a goal. The above map shows that seven shots were attempted from inside the opposition’s penalty box, and all the goals were scored from inside the box, with one goal coming from the penalty spot. 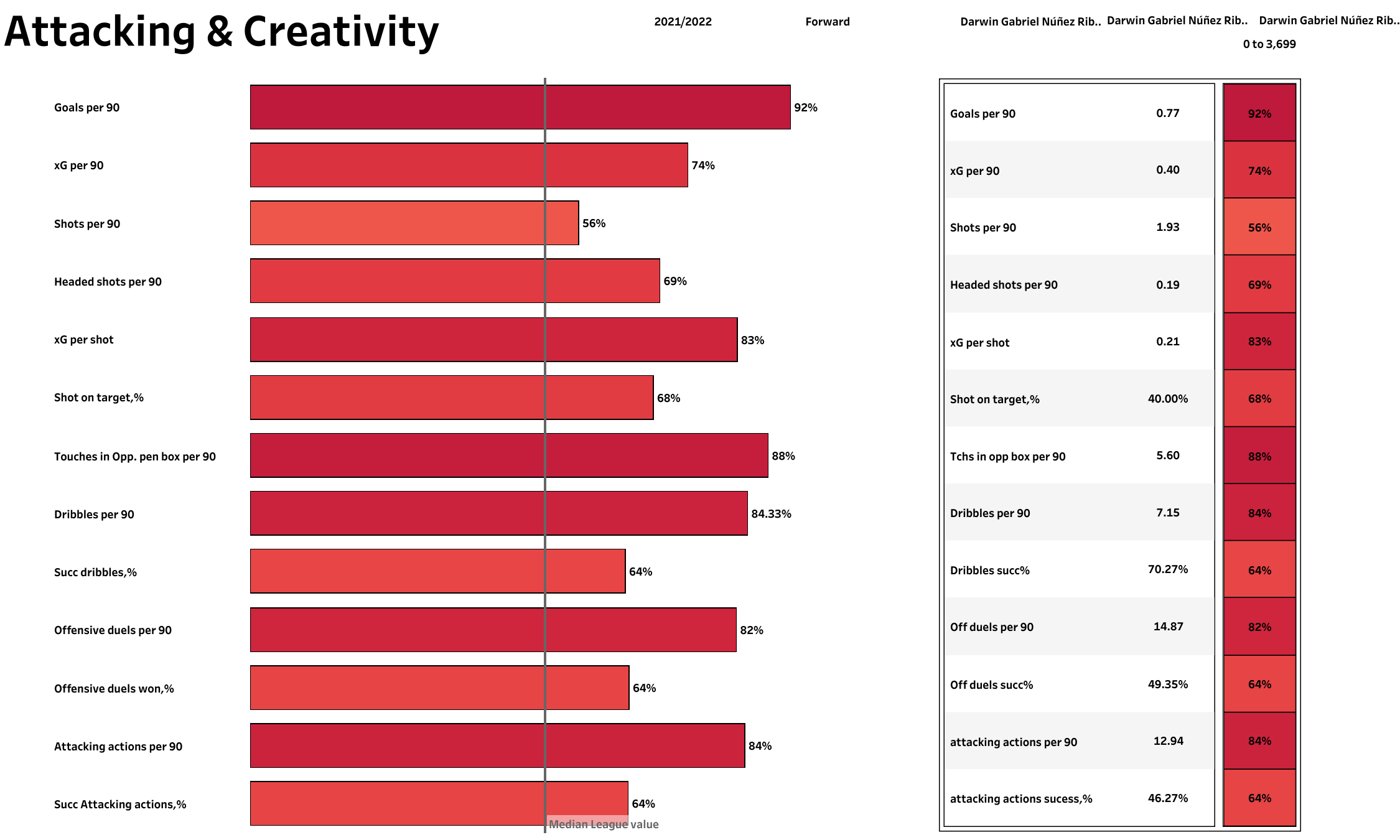 Darwin Nunez is on the radar of a lot of top European clubs. Arsenal will face a lot of competition from other clubs to sign the youngster. Nunez will look to play Champions League football again next season, and looking at Arsenal’s current situation, they have a lot of chances of returning to the elite competition. The Gunners will look to sign him before the other clubs make a move for him.

Under the microscope: How Bukayo Saka’s return to form has helped...