Arsenal qualified for the UEFA Europa League after a disappointing end to the season. The Gunners lost their hold on the fourth position in the English Premier League and dropped down to fifth after suffering a few losses. However, they were impressive during the season and gave some good performances. One of the reasons behind their success was the centre-back pairing of Ben White and Gabriel Magalhães. The latter was signed in 2020 from French side Lille, and his performances this season show that he has settled well in the English Premier League. However, he has gained the interest of a lot of big European clubs, and Arsenal might get offers for him. With Mikel Arteta’s side out of the UEFA Champions League, the other clubs might lure the defender to move away from London by giving him a good contract. Here are some of the season highlights that show his contributions this season. 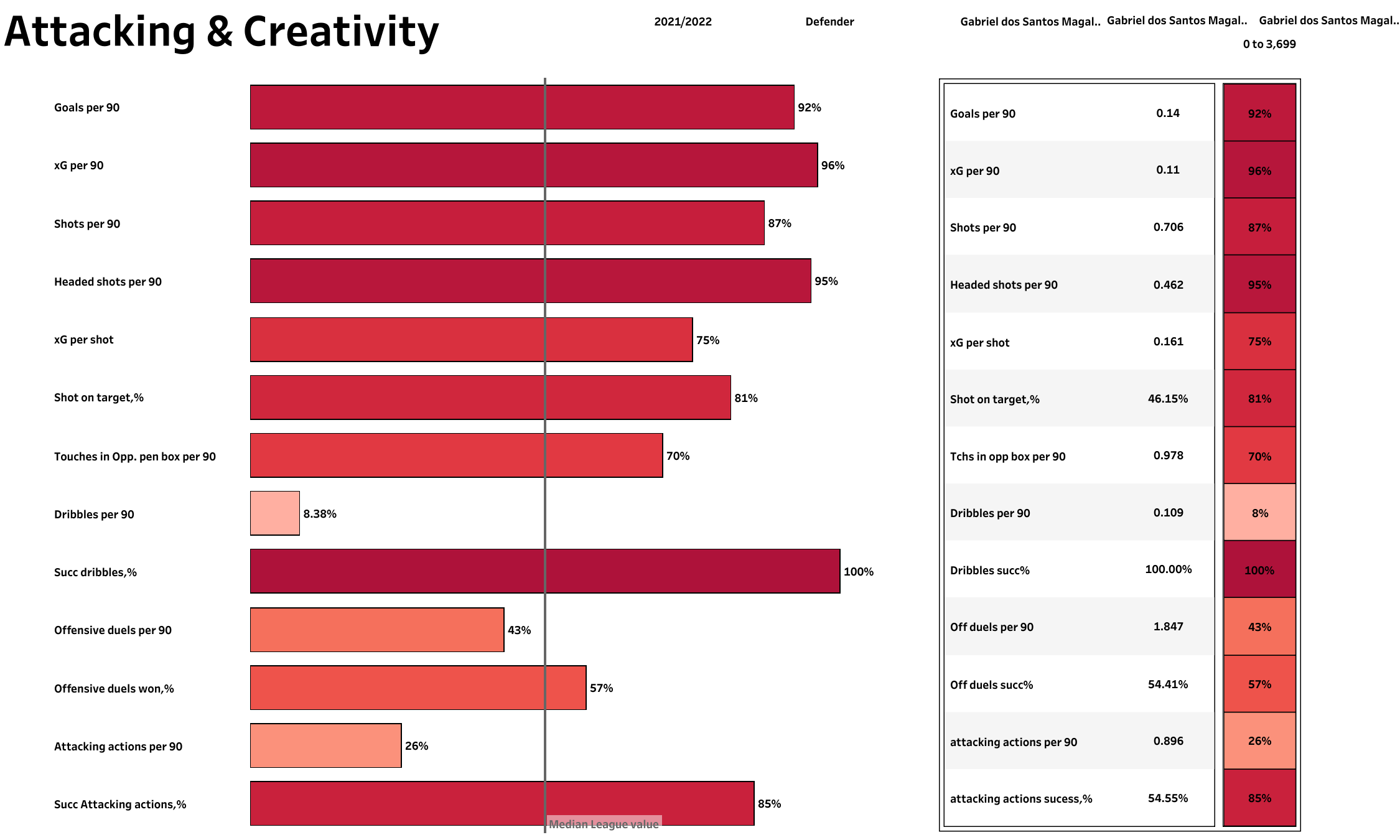 Magalhães made 35 appearances in the English Premier League this season. He was a regular part of the back four for Arteta’s side. The player has the ability to score goals during set-pieces, and he netted five goals in the season. When looking at the above chart, the general rule is that the longer the bar, the better the performance — you can see the league average in the middle, and the % is the percentile rank the player is in. The percentile value suggests that he was one of the top goal-scoring defenders in the league. The 24-year-old Brazilian averaged 0.7 shots per 90 minutes with a 46.15% shot accuracy rate. He had a very high percentile rank for creating xG during the match. 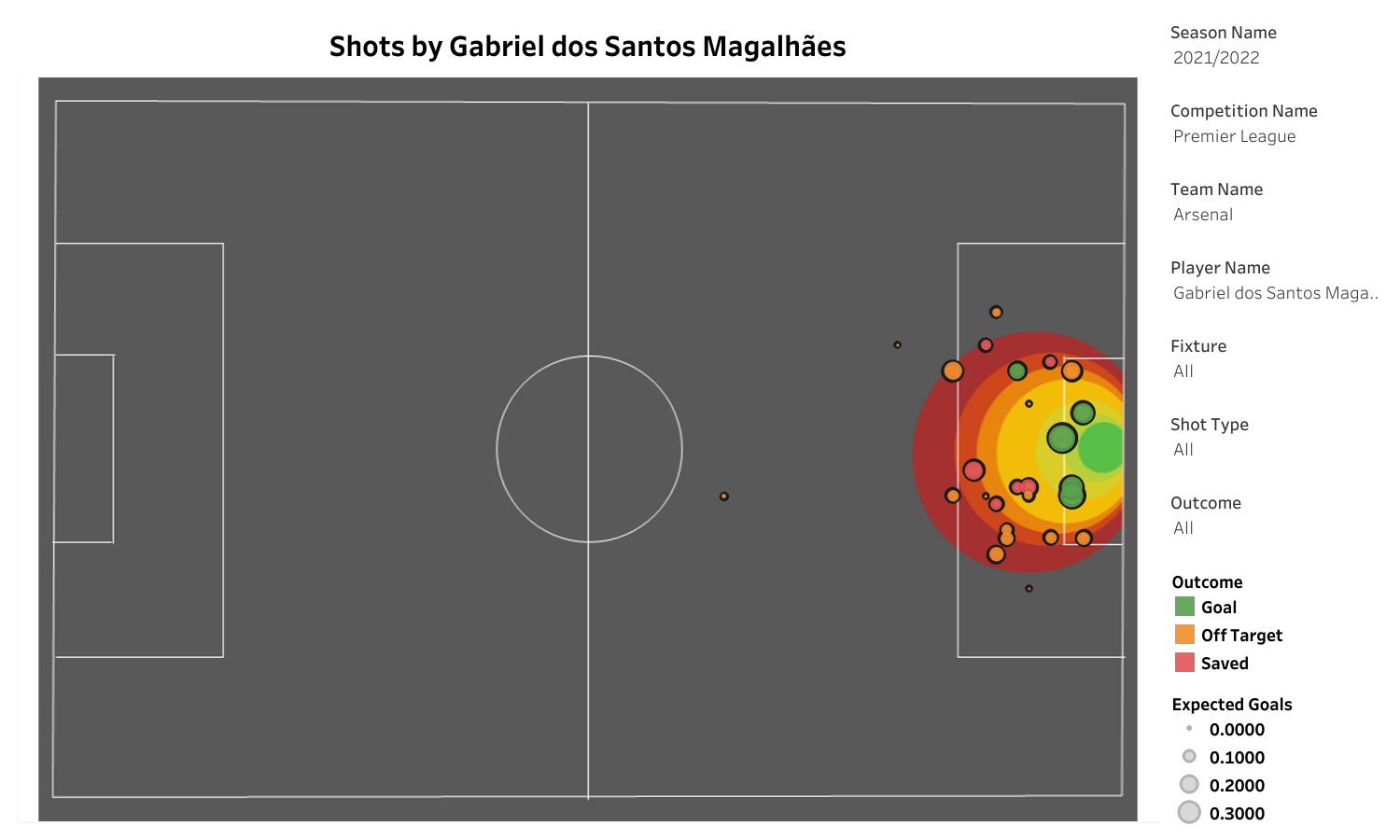 The above shot map shows all the shots attempted by the defender. He attempted 26 shots in 35 appearances and managed to hit the target five times. Four of the five goals were scored from inside the opposition’s penalty box. The player is a threat in the air and has scored all the goals during corners or set-pieces. 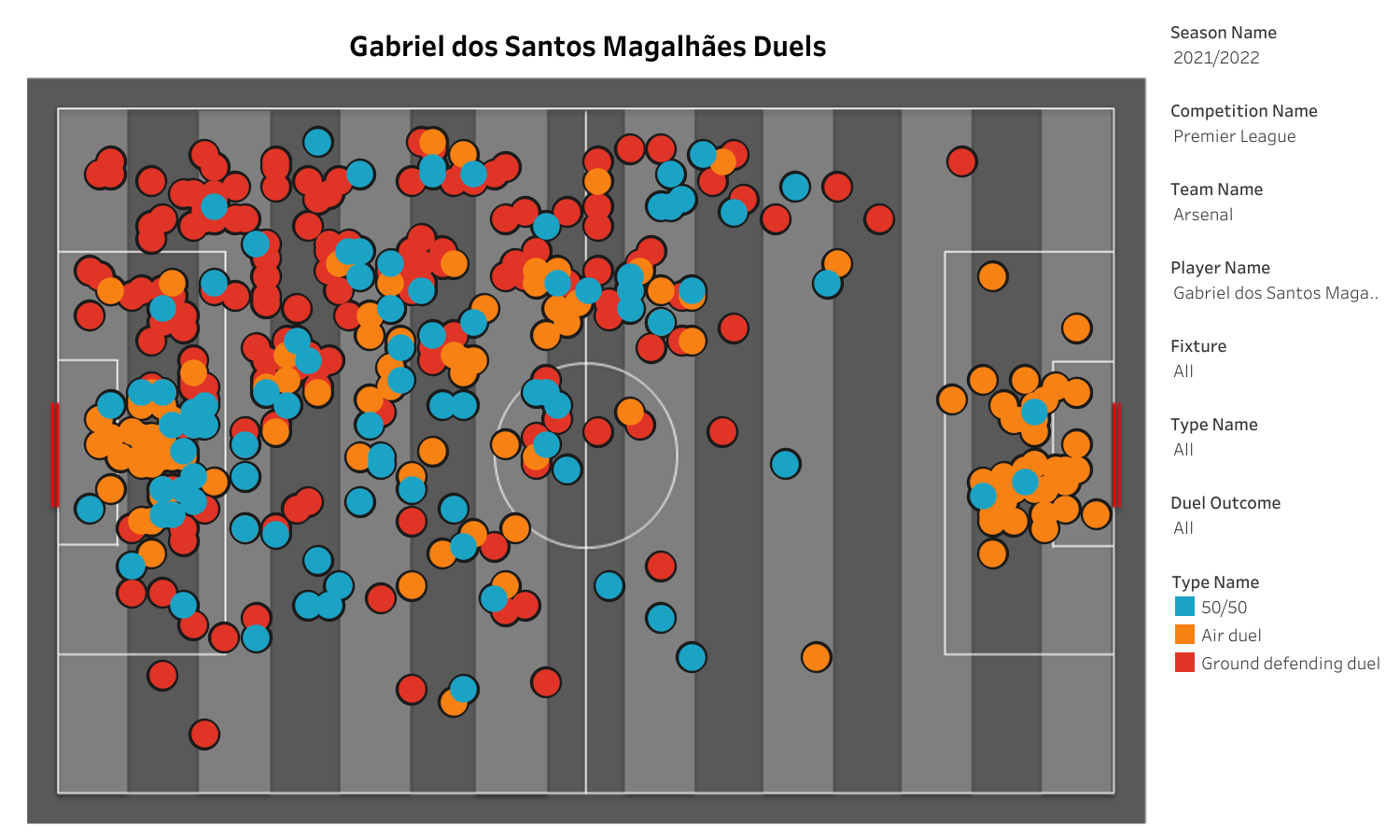 Gabriel was the top defender for Arsenal this season. Some of the European clubs, especially Juventus, are after the defender. Giorgio Chiellini retired this season from the Italian club, and Gabriel could be a long-term replacement for the defender. Arsenal might find it difficult to keep the defender in case the other clubs in the UEFA Champions League make a good offer for the Brazilian defender.