Arsenal will be happy with the kind of start that they have had in the English Premier League. The Gunners won their opening five fixtures and are at the top of the league table with 15 points. Mikel Arteta made a few signings to strengthen his squad. He improved the team’s offence and defence but failed to add a midfielder to the squad. Youri Tielemans was the main target in the midfield, but Arsenal were unable to convince the Foxes to sign him. However, this hasn’t affected the Gunners as Granit Xhaka has stepped up to the task and is in one of the best forms in his Arsenal career. Arteta removed Xhaka from his captain’s duty and handed it over to Martin Ødegaard. This has given him more freedom, and the 29-year-old is proving to be a key player in the lineup. 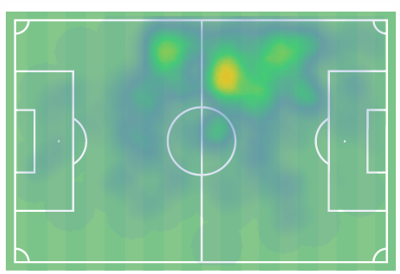 Xhaka has played in every match and spent 581 minutes on the pitch. He plays on the left side of the midfield two and takes a more attacking role than the other midfielder. The player has already scored a goal and has two assists to his name. This is a great positive for Arteta as he is already getting some crucial contributions from one of his senior players. Xhaka is more known for his defensive abilities, and some goal contributions from him are always a positive. 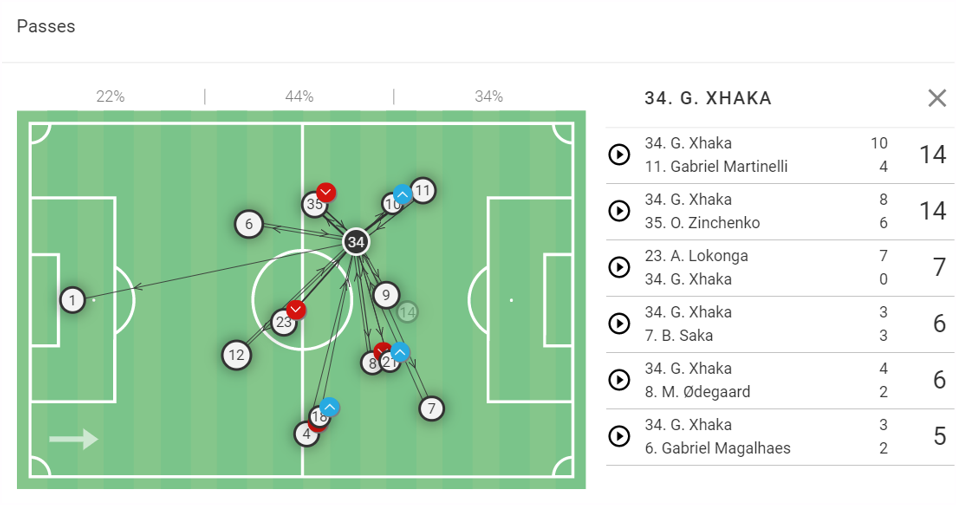 Xhaka has been a key figure in the midfield. He is involved in a lot of passing links on the left side. The player links the defence with the midfield and the attack. Xhaka averages 45.23 passes per 90 minutes with an accuracy rate of 86.3%. These include 6.2 passes to the final third with an 82.5% accuracy rate. Xhaka also likes to go wide and take crossing positions. He averages 1.55 crosses but has a low accuracy rate of 20%. This shows that Xhaka not only links the play but also creates some chances for his teammates to score goals. 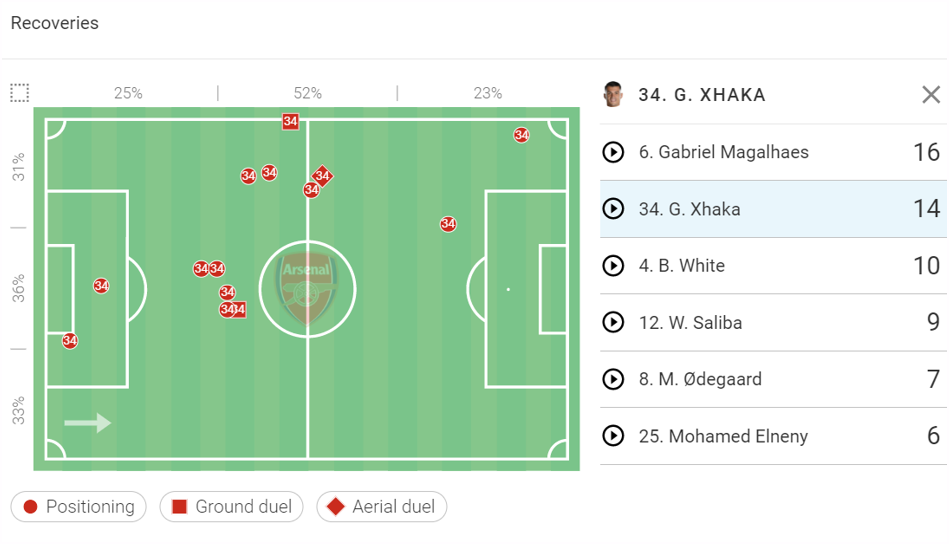 Granit Xhaka has helped Arsenal to keep their defensive shape and defend the goal. He has won 58.3% of his duels this season. The midfielder has a 76.2% win rate for ground duels and 58.3% for aerial duels. This shows that he can defend against both ground and aerial threats. Granit Xhaka is also handy in recovering the ball in the midfield. His average of 7.75 recoveries per 90 minutes includes 34% recoveries inside the attacking half.

Granit Xhaka loves to challenge for the ball and has shown his abilities this season. He has also added an attacking instinct to his game. This has lessened the burden on Mikel Arteta’s shoulders, and he would be happy with Xhaka’s displays on the field.

Should you Bet on Arsenal to Finish in the Top Four...