Arsenal’s rebuild continues as Mikel Arteta looks to improve his side for the next season. They finished fifth in the English Premier League last season and would like to finish in the UEFA Champions League positions in the upcoming season. However, Arsenal have the fear of losing one of their top defenders from last season. The defensive target for Juventus and both Milan clubs is Gabriel Magalhães. Juventus defender, Matthijs de Ligt, made a big money move to Bayern Munich, and the Old Lady need a replacement for the player. They would make an offer for the Brazilian centre-back in the coming days. On the other hand, Arsenal have already set their sights on some of the defensive targets, and one of them is RB Leipzig’s Joško Gvardiol. The 20-year-old centre-back impressed everyone in just one season at the German club. Some of the stats from the UEFA Champions League show why he is so highly rated in Europe. 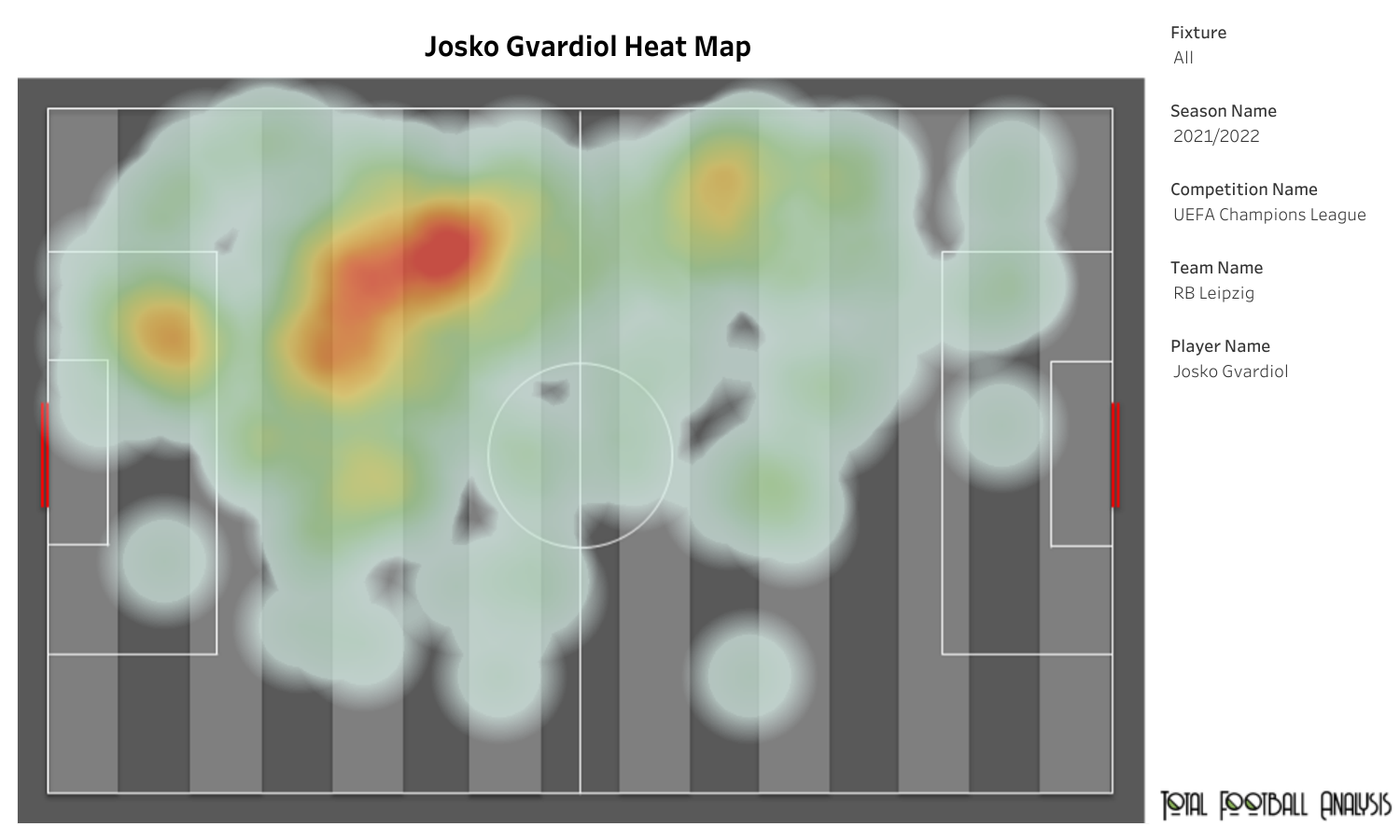 Gvardiol featured as a left centre-back for the German team. He plays a similar role to what Gabriel plays at Arsenal. Last season, Gvardiol made 46 appearances in all competitions, where he scored two goals and provided three assists. The above viz shows the heat map of the player in six UEFA Champions League matches. He started in three matches and came on as a sub in the remaining three. RB Leipzig played with a three-at-the-back system. Gvardiol was the left centre-back and also made some progressive runs to get involved in attacking plays. 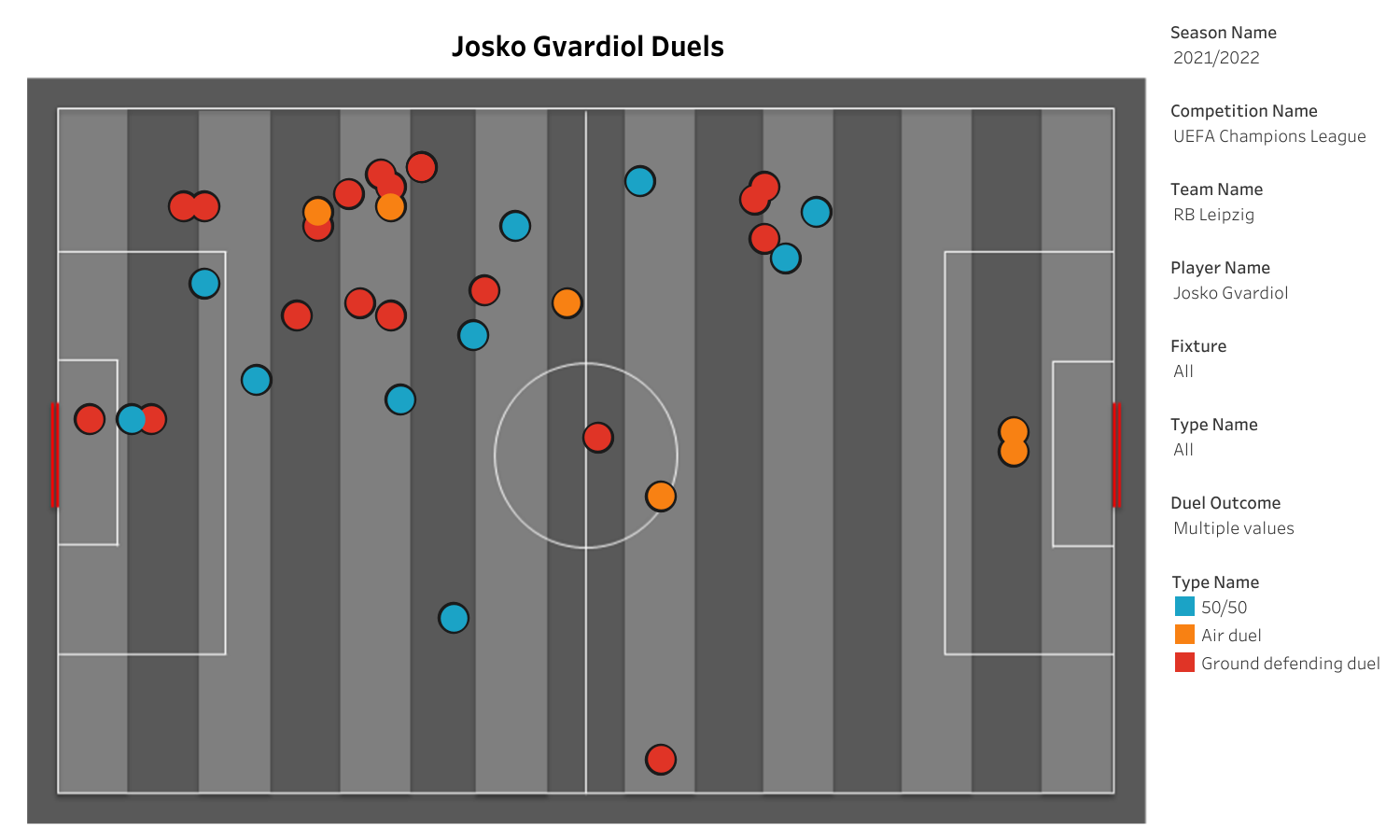 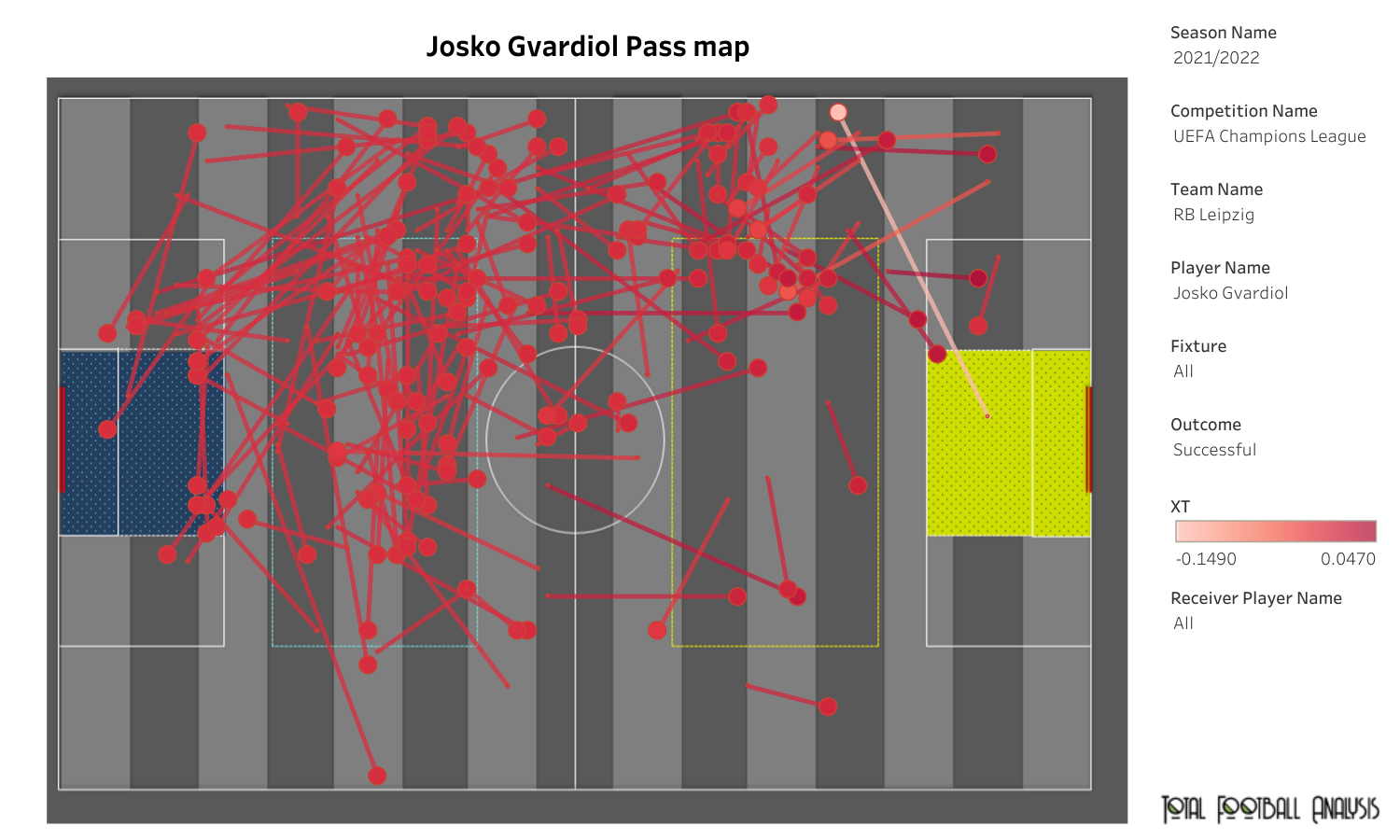 Gvardiol averaged 47.3 passes per 90 minutes with an accuracy rate of 84%. The above viz shows all the passes that he successfully delivered. We can observe that Gvardiol either passed the ball towards the centre or towards the left flank. He averaged 1.7 through passes per 90 minutes and tried to find his teammates inside the attacking third. This shows that the defender can create plays from the back.

The defender could be on the move to a new club after spending just one season in Germany. He is rated very highly, and Leipzig will demand a huge fee. If Gabriel leaves for another club, Arsenal will almost certainly buy him. They will monitor his situation and make a bid accordingly.