Mikel Arteta’s men have won 15, drawn three, and lost seven games this season. They comfortably sit in the fourth position and have played three games fewer than their opponents. The Gunners have found the back of the net on 41 occasions with the third-highest xG rate of 47.33. In return, they have conceded 29 goals. 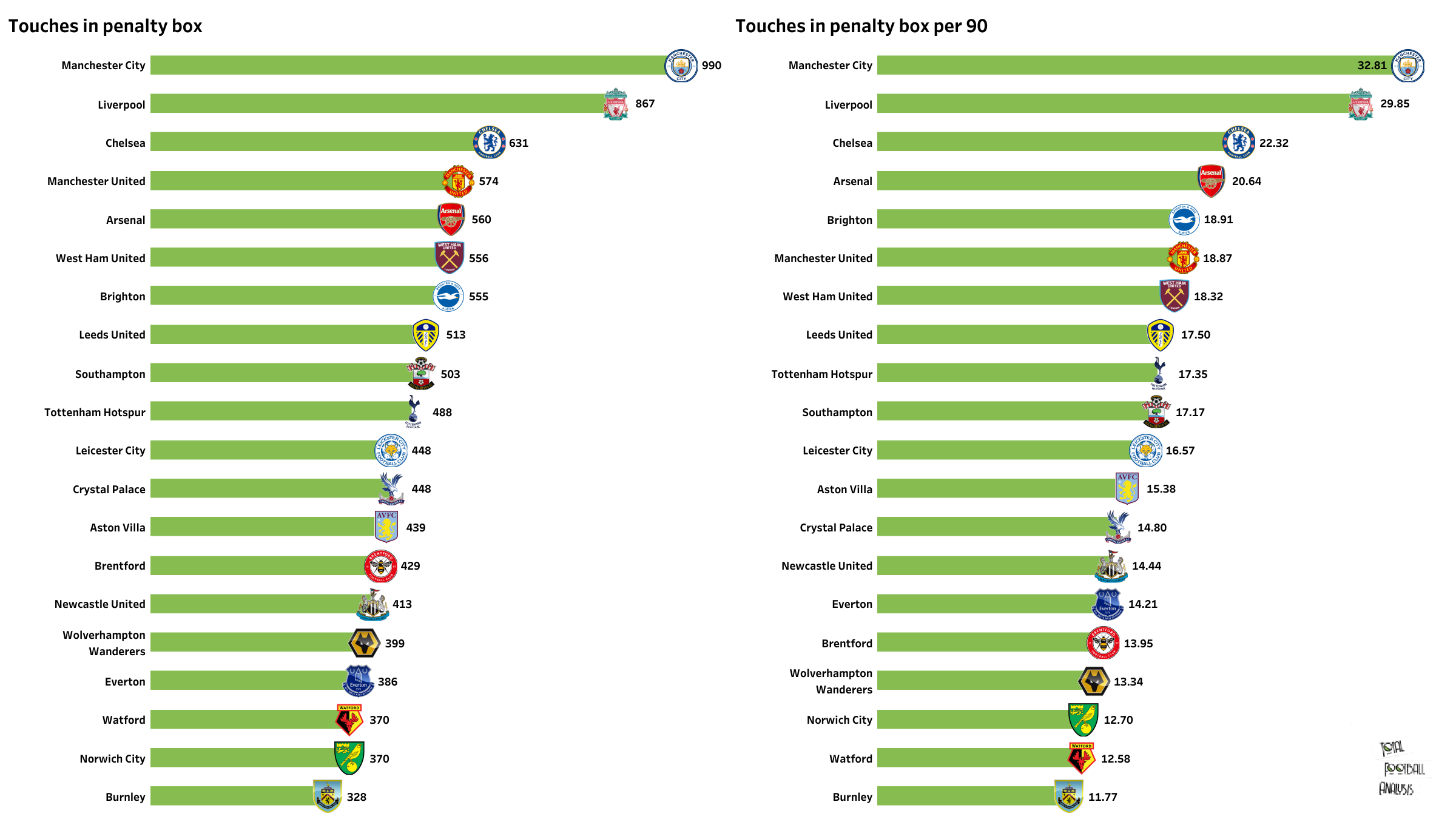 Arsenal have impressed after their poor start to the season. The Gunners have been one of the top attacking sides this season. The above viz shows that Arsenal players average more than 20 touches inside the opposition’s penalty area per 90 minutes. This is the fourth-best average in the league. 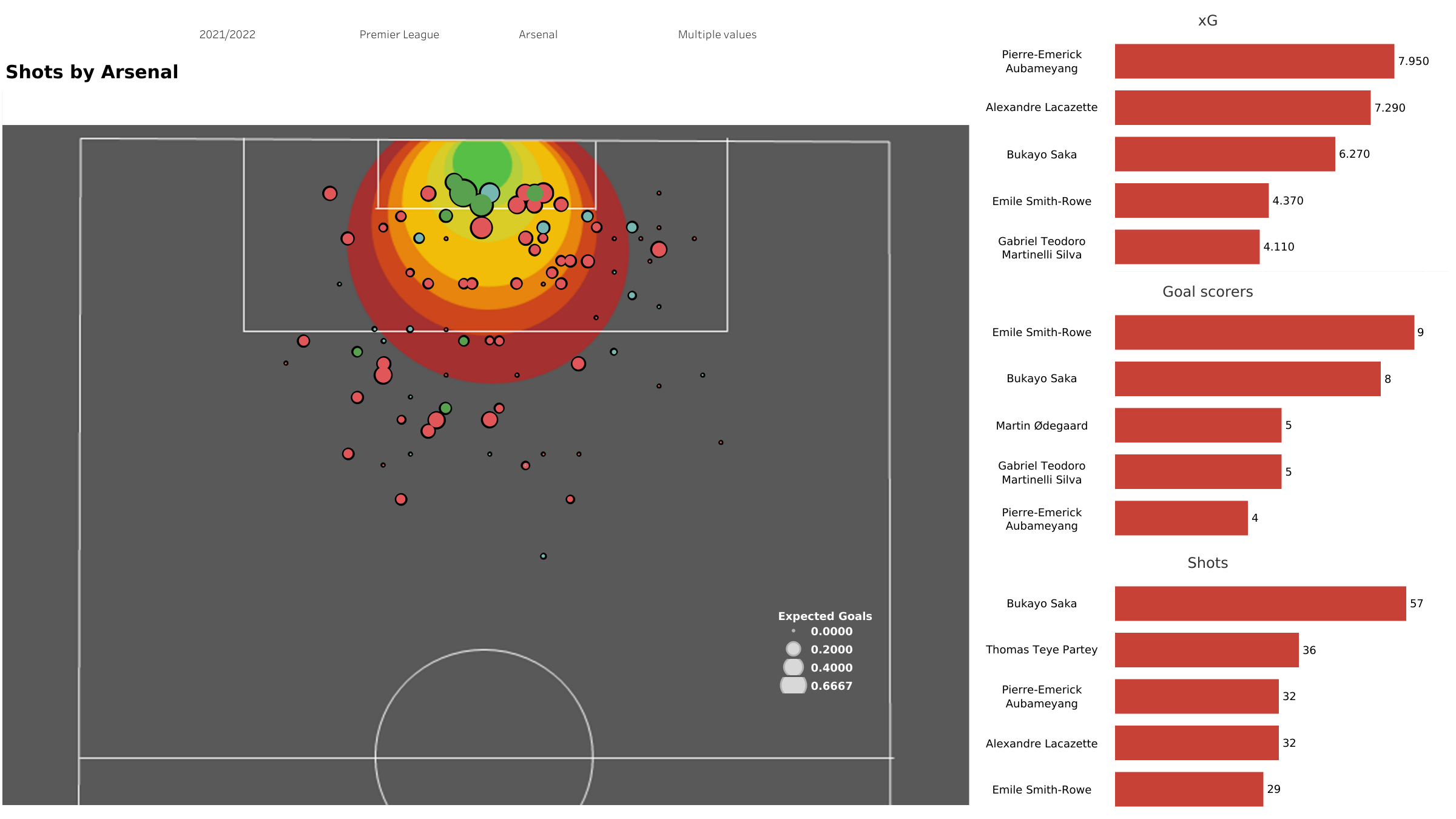 The Gunners have attempted 366 shots this season and have managed to hit the target on 127 occasions. Of these 366 shots, 218 have been attempted from inside the opposition’s penalty box, with 86 on target. The above viz shows all the shots attempted from set-pieces except penalties. Arsenal have been a threat in the air and have managed to find the back of the net on four occasions from inside the opposition’s 6-yard box. 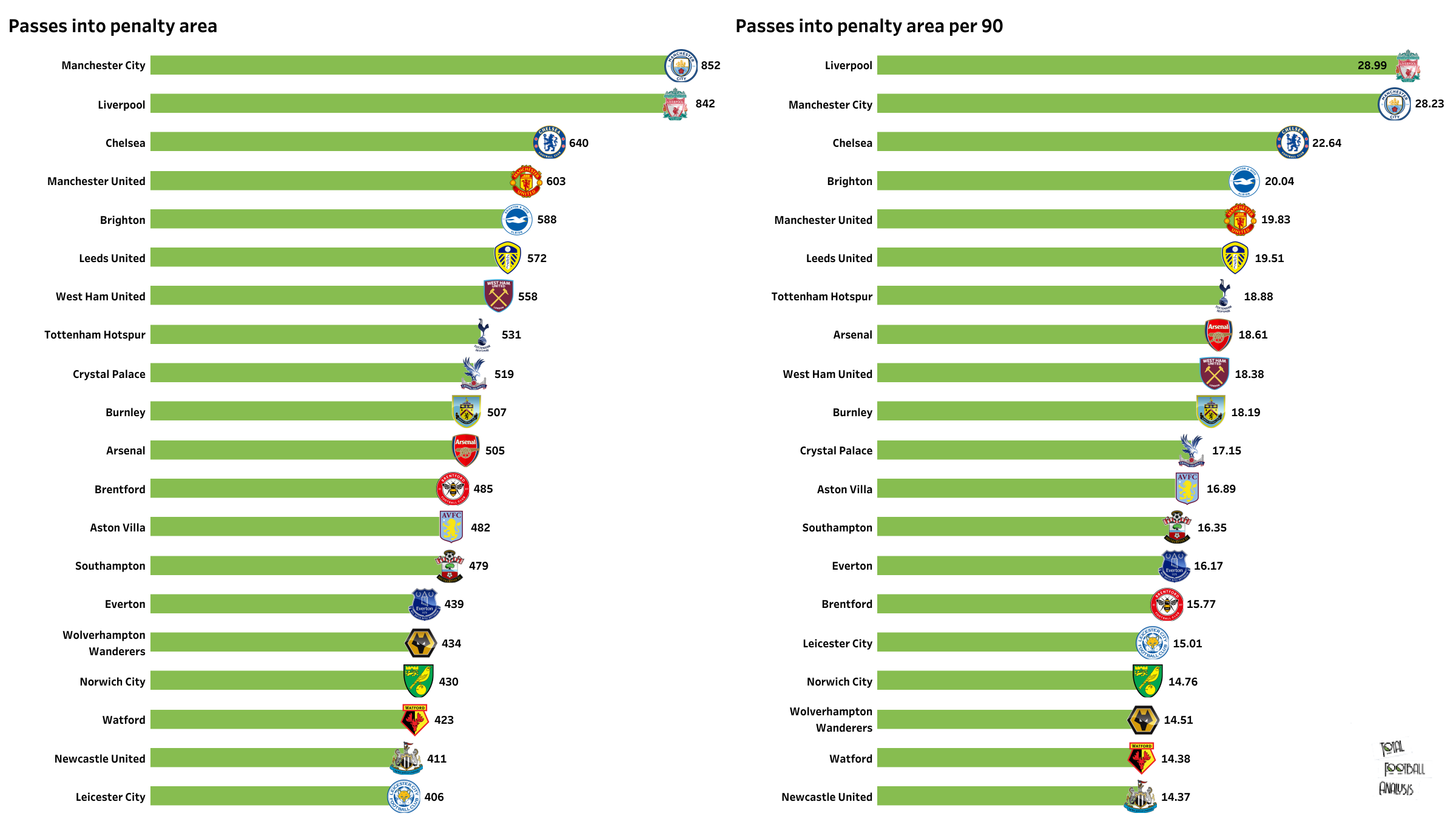 Leicester City, on the other hand, have won nine, drawn six, and lost ten games this season. They have managed to score 40 goals with an xG rate of 34.73. Their defense has been a bit leaky, and they have conceded 43 goals. The above viz suggests that the Foxes have struggled to get inside the opposition box. They have attempted the fewest number of passes into the opposition’s penalty box in the league. Of the 406 passes, 216 have been successful. 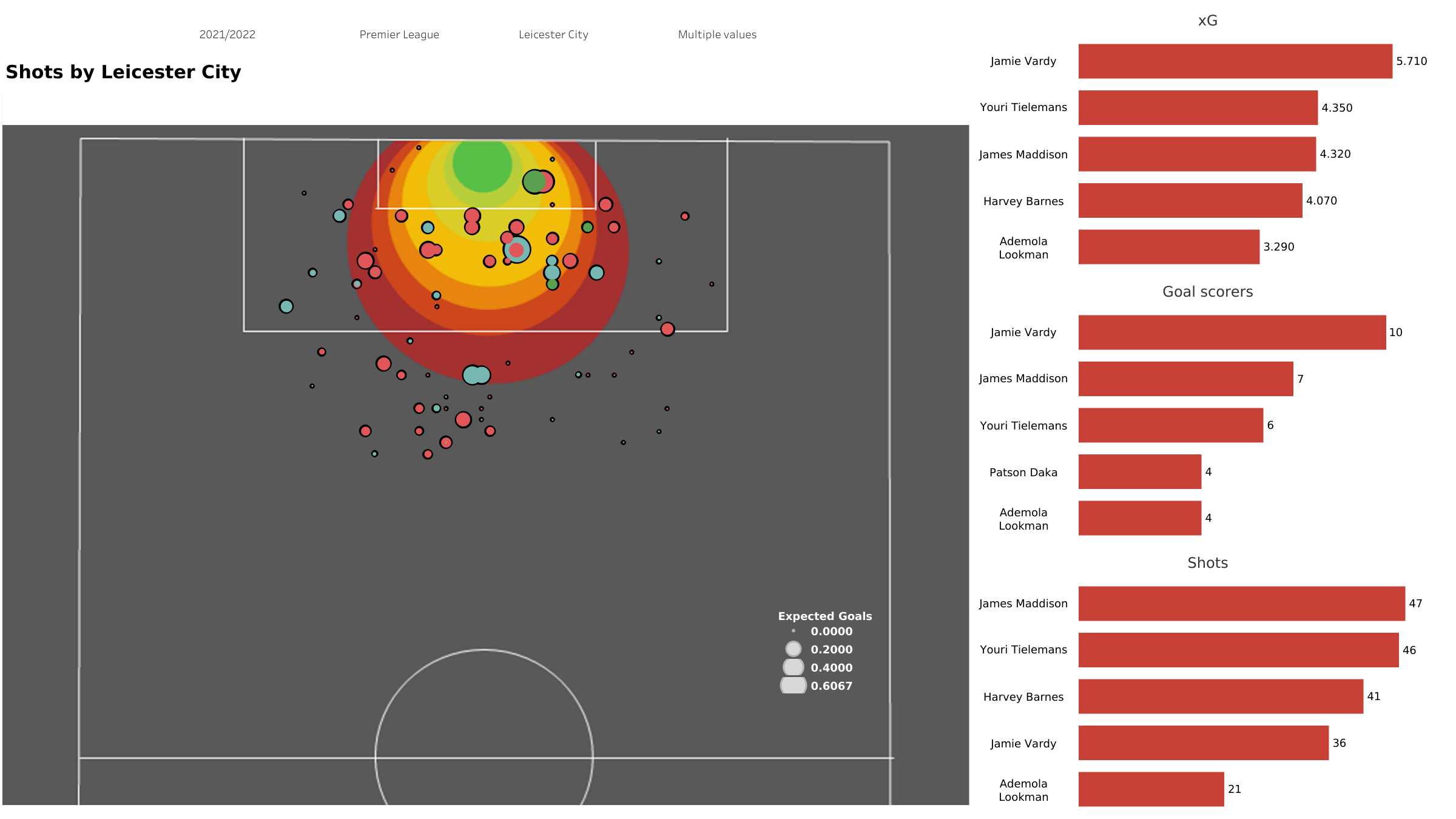 Leicester City average more than ten shots per 90 minutes and have attempted 290 shots. Of these 290 shots, 108 have been on target. The Foxes attempted 174 shots from inside the opposition’s penalty box, with 76 of them being on target. From the above viz, we can observe that they have scored fewer goals from set-pieces and have managed to find the back of the net on four occasions.

Both teams will look to earn three points when they face each other for the second time in the league. Arsenal won the reverse fixture 2-0 and enter this match as favorites. A win would increase their chances of a top-four finish.

Arsenal fans could finally be proud of Mkhitaryan!!