Arsenal will host Leicester City at the Emirates Stadium in the English Premier League. Mikel Arteta’s men enjoyed a 2-0 victory away at Crystal Palace in the last round and will look to maintain their 100% record this season. Leicester City, on the other hand, settled for a single point against Brentford at home after letting a two-goal lead slip through their hands. Both teams have young and ambitious players who aim to finish the season on a high.

Arsenal comfortably took three points away from Selhurst Park in the first match of the English Premier League 2022/23 season. The Gunners had 43.7% ball possession but were more clinical in attack.

Leicester City, on the other hand, showed a dominant display against Brentford, but a lapse of concentration towards the end cost them two points.

Let us look at the three tactical points that we can take from the previous matches between these two teams.

The main reason behind calling this a midfield battle is because of the talent these two teams have in the midfield, and the highest goal threat was also created from the midfield by the two teams. 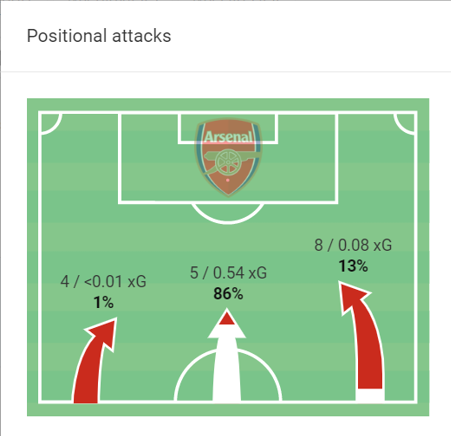 Arsenal players were involved in 17 positional attacks and successfully attempted five shots with these attacks. Overall, the Gunners attempted nine shots, with two on target. The above viz shows that Arsenal created most of their attacks from the right side, but five attacks from the middle generated the highest xG. Last year, Arsenal created the greatest threat from the centre. 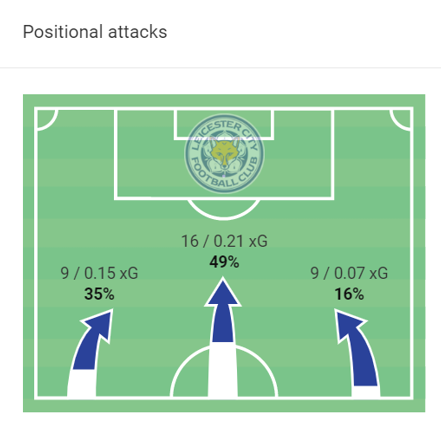 Arsenal’s solidity at the back 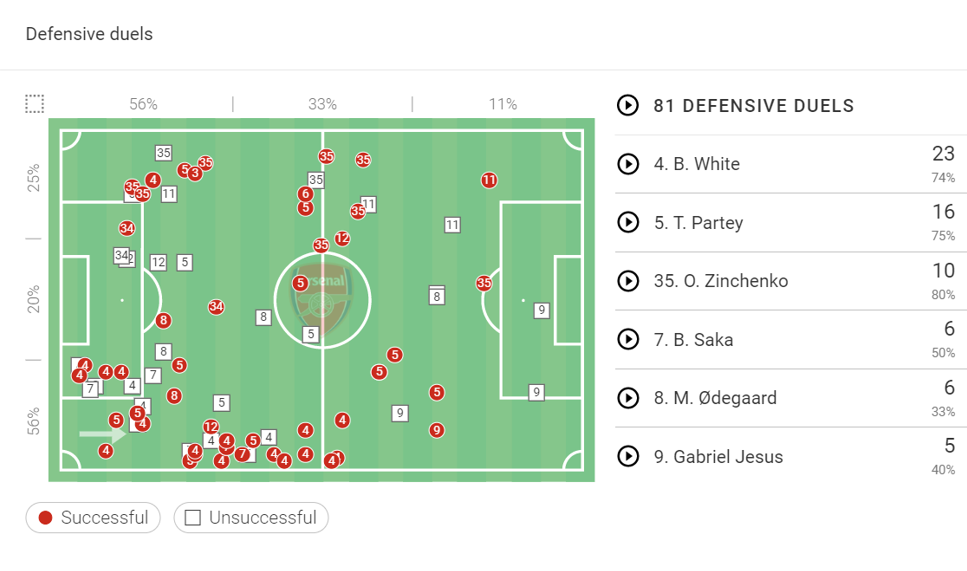 Arsenal were without Tomiyasu in this match, and Ben White took his position on the right side of the defence. White doesn’t offer a lot in the attack, and Arteta used him in a more defensive role. This gave Saka a chance to make runs past the opposition defenders. Arsenal players won 52 of the 81 defensive duels they contested, with the highest wins coming on the right side. White contested 23 defensive duels and won 17. Leicester City will find trouble beating Arsenal’s defence from that side. 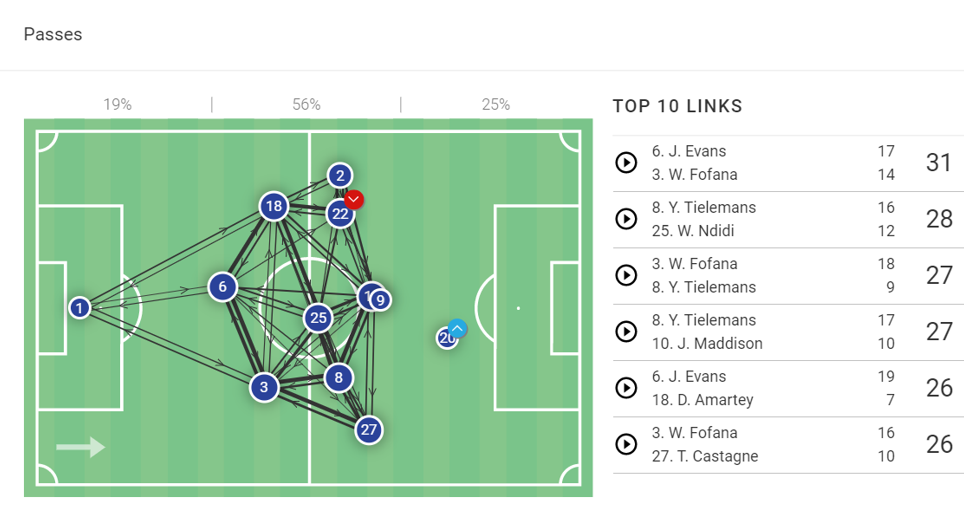 One thing that Arsenal will have to deal with is Leicester City’s quick and accurate passing. The Foxes attempted 569 passes in their last match with a high accuracy rate of 90.16%. These included 160 forward passes, 80 passes to the final third, and 60 progressive passes. This shows that their play is quite direct with the aim of passing the ball into the dangerous areas inside the opposition’s penalty box. Defenders Jonny Evans and Wesley Fofana shared the most passes amongst each other and were followed by the midfield pairing of Youri Tielemans and Wilfried Ndidi. Arsenal players will press high to win back the ball and their main focus will be on breaking the play of the Foxes.

Arsenal have a fully fit squad for this fixture. They were without Emile Smith Rowe, Fabio Vieira, and Tomiyasu in the last match. These players have recovered and trained with the first team in midweek. However, Arteta is unlikely to make any changes to the starting XI.

Ricardo Pereira’s injury troubles continue, and he will be sidelined for six months. There are no new injury concerns in Leicester City’s camp, and Rodgers might stick to the same XI that started the last match.

Arsenal go in as the favourites to register back-to-back wins in the English Premier League when they take on Leicester City. Both teams will face a tough test, and the match could go down to the wire. There are match-changing players on both sides, and they will be the big difference in the match.

Ceballos opens up on joining Arsenal and snubbing Liverpool