Arsenal will travel to the Molineux Stadium to take on Wolves in the English Premier League. The Gunners are four points behind West Ham United in fourth place but have three games in hand. Wolverhampton Wanderers were knocked out in the fourth round of the FA Cup, but Bruno Lage’s men are unbeaten in their last six Premier League games. 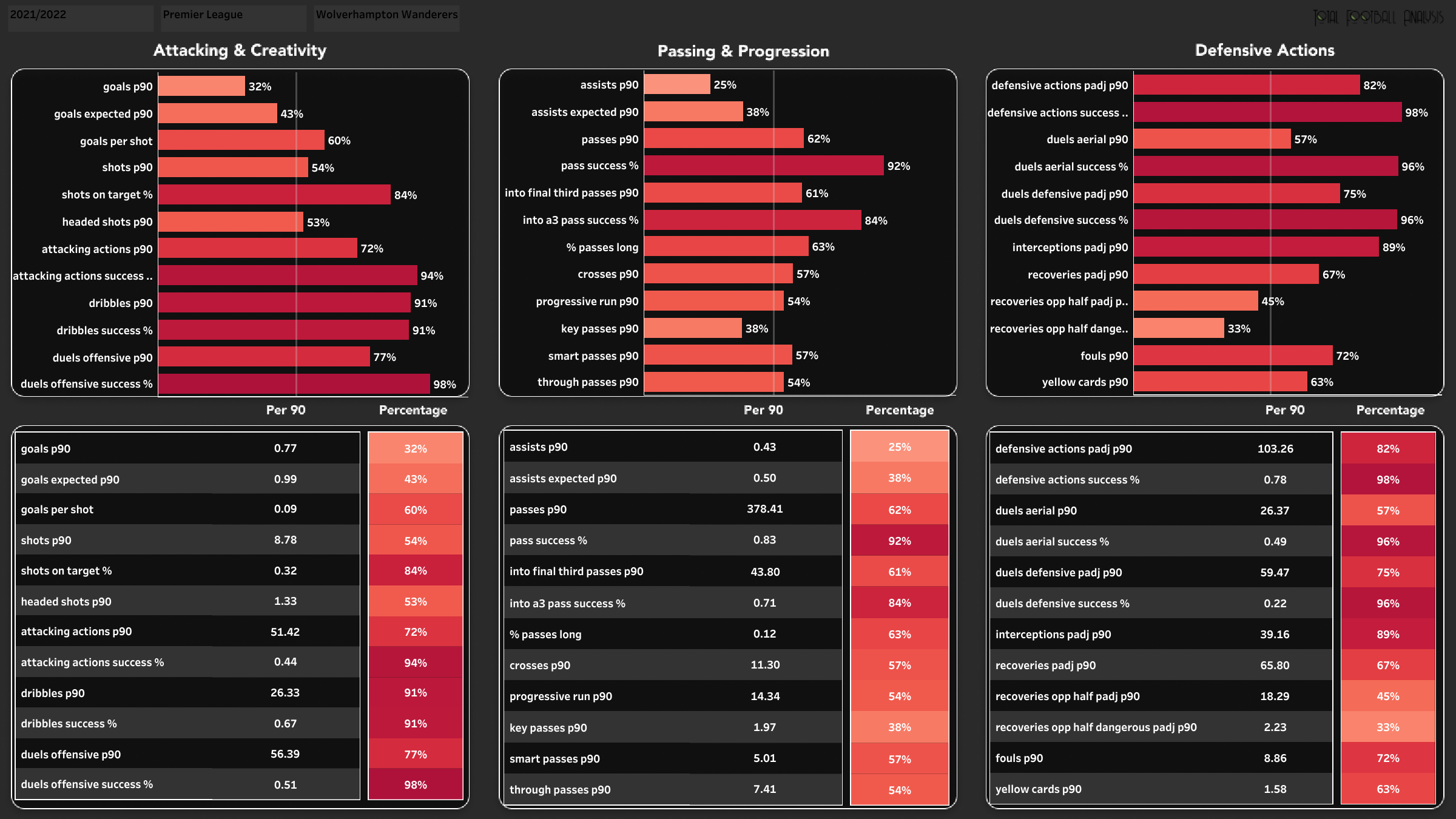 Wolves have won ten games this season and have the second-best defensive record in the league. They have scored 19 goals with an xG rate of 23.02. Wolves’ defense has conceded 16 goals, only two more than Manchester City. When looking at the above chart, the general rule is that the longer the bar, the better the performance — you can see the league average in the middle, and the % is the percentile rank the player is in. Wolves have struggled to score goals and have a low percentile rank. The dribbles per 90 rate is high, but one of their most successful dribblers, Adama Traore, has left the club in the recent transfer window. Defensively, the Wolves have a high defensive action success rate in the Premier League, and Bruno Lage’s men have won most of their duels.

There are no fresh injury concerns for Wolves, and Raul Jimenez will lead the attack for the home team. Jimenez is the joint top scorer along with Hwang Hee-Chan on four goals. The Mexican striker also has two assists to his name. 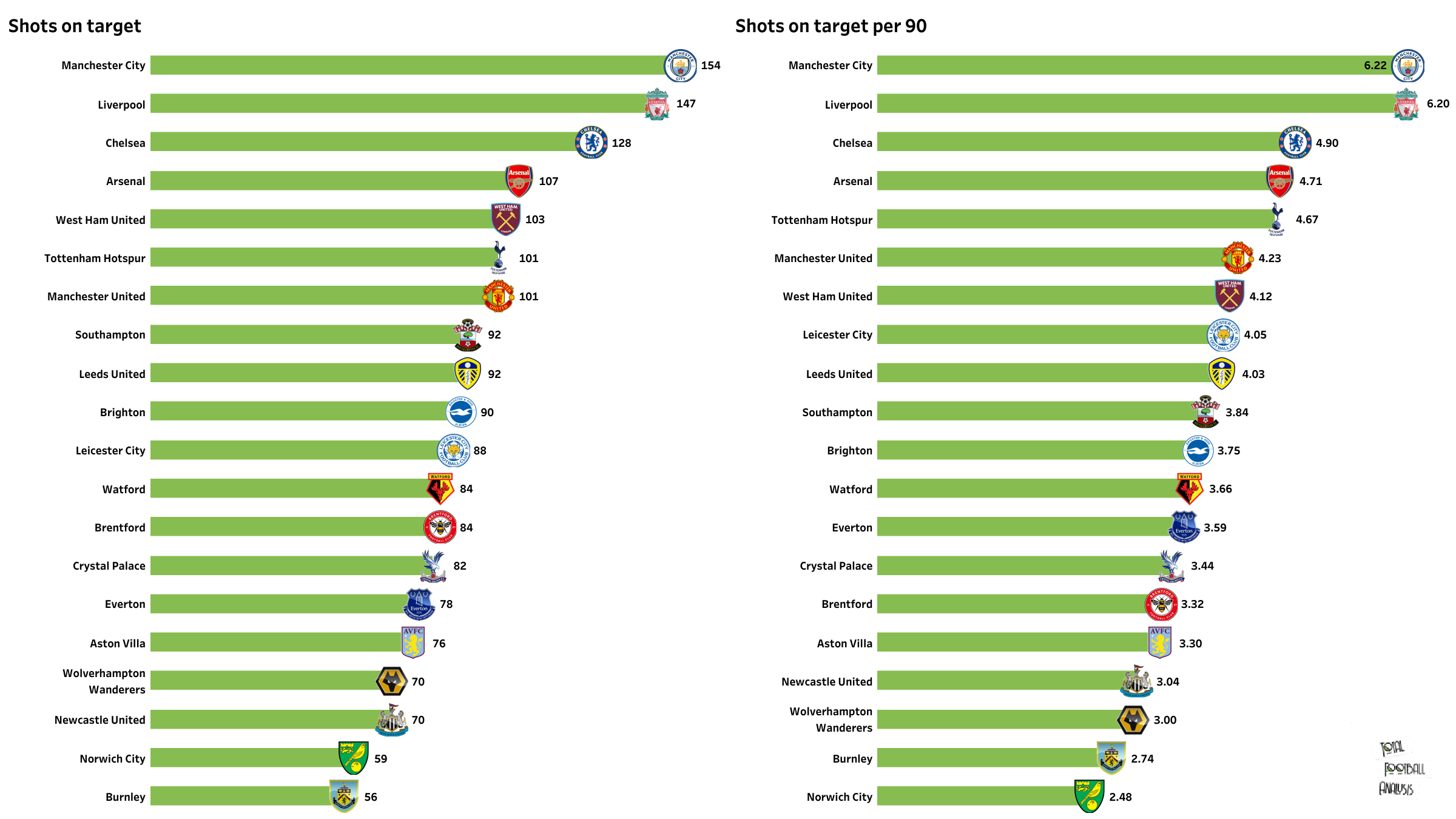 Arsenal have scored 33 goals in the Premier League with an xG rate of 39.66. The Gunners have conceded 25, and their xGA rate is 29.45. From the above viz, we can observe that the Gunners average more than four shots on target per 90. Mikel Arteta’s men have attempted 294 shots, with an average of 12.93 shots per 90. The team’s shot accuracy is 36.7%. Out of the 294 shots, 173 shots have been attempted from inside the opposition’s penalty box, with 73 of them being on target. 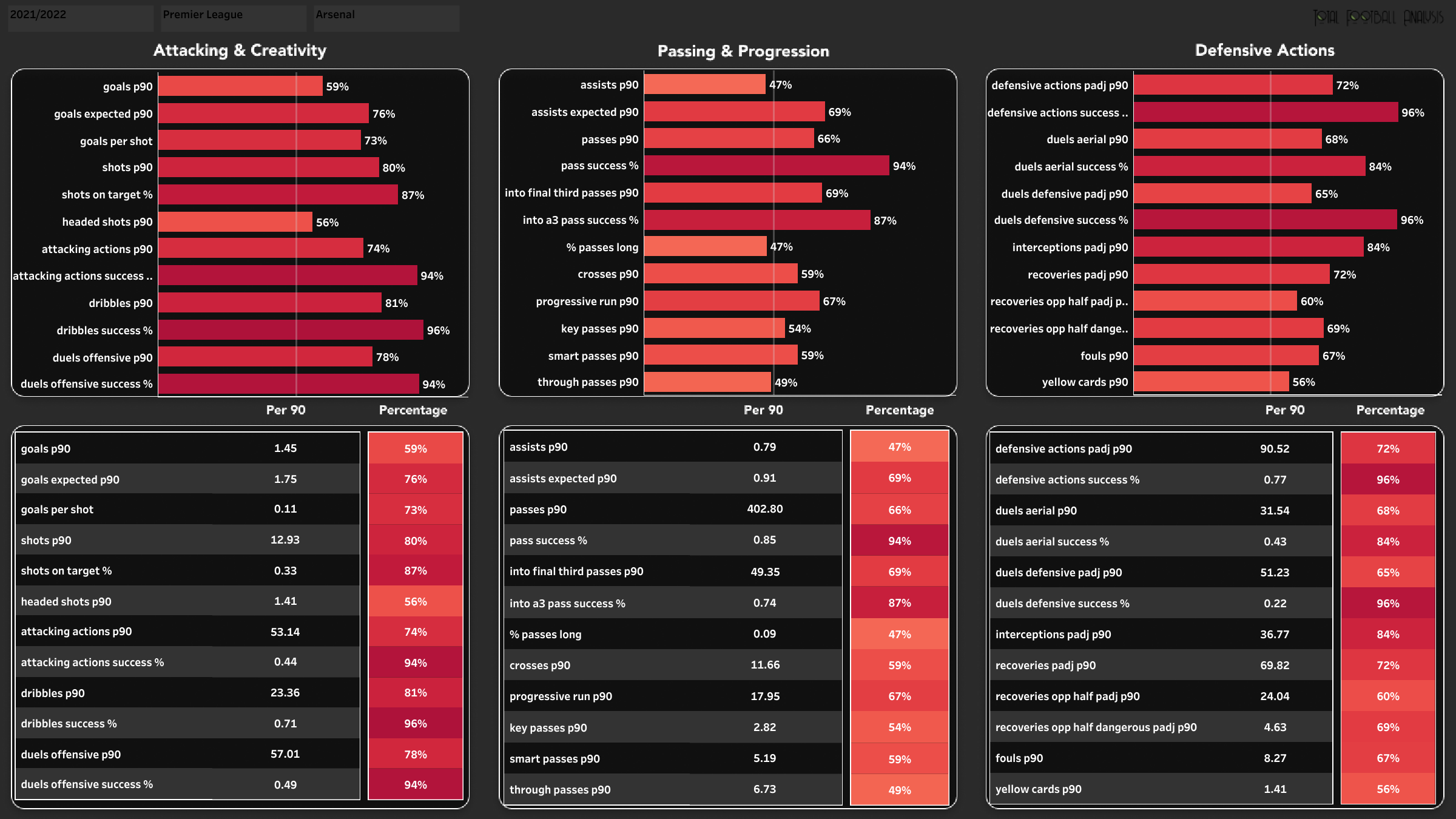 After serving their bans, Thomas Partey and Granit Xhaka will return to the midfield. Mikel Arteta has right-back issues, and Cedric Soares is likely to start in place of the injured Takehiro Tomiyasu. Pierre Emrick-Aubameyang has left the club, leaving Arteta with Alexandre Lacazette and Eddie Nketiah as the only options left.

Arsenal will face Wolves for the first time this season in the Premier League. Wolves won both the fixtures last season by a scoreline of 2-1. The Gunners dropped two points against a struggling Burnley side, whereas the Wolves are unbeaten in their last five league matches, winning four. This is an important fixture for both teams.

Arsenal could do better than sell their Uruguayan midfielder