Arsenal suffered a 0-3 defeat against London rivals Crystal Palace in the English Premier League. Mikel Arteta’s men failed to move into the fourth position but have a game in hand. This defeat means that Arsenal have failed to beat Patrick Viera’s men this season.

Who won the highest number of defensive duels for Crystal Palace? How many passes were attempted into the final third by Arsenal? 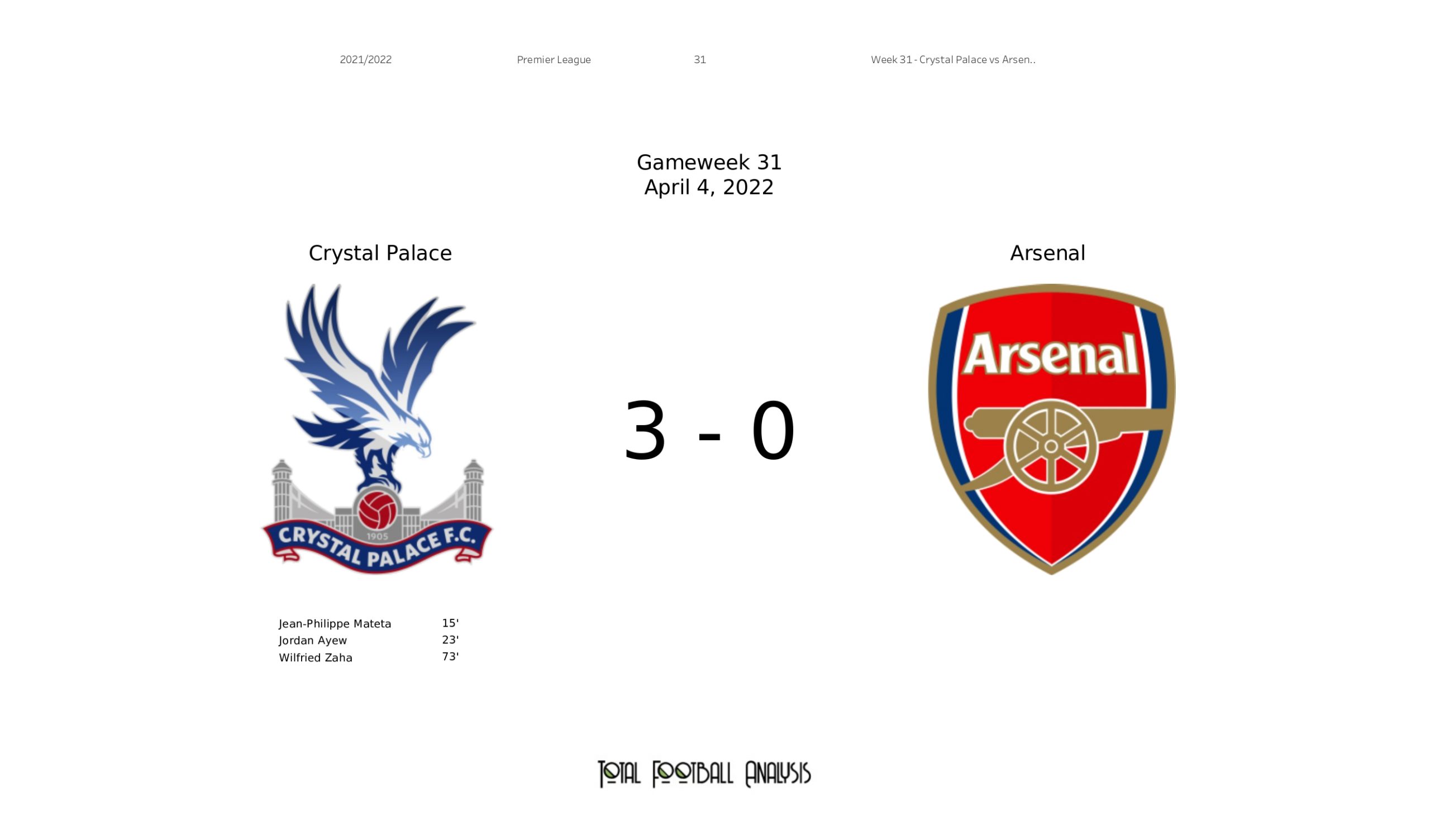