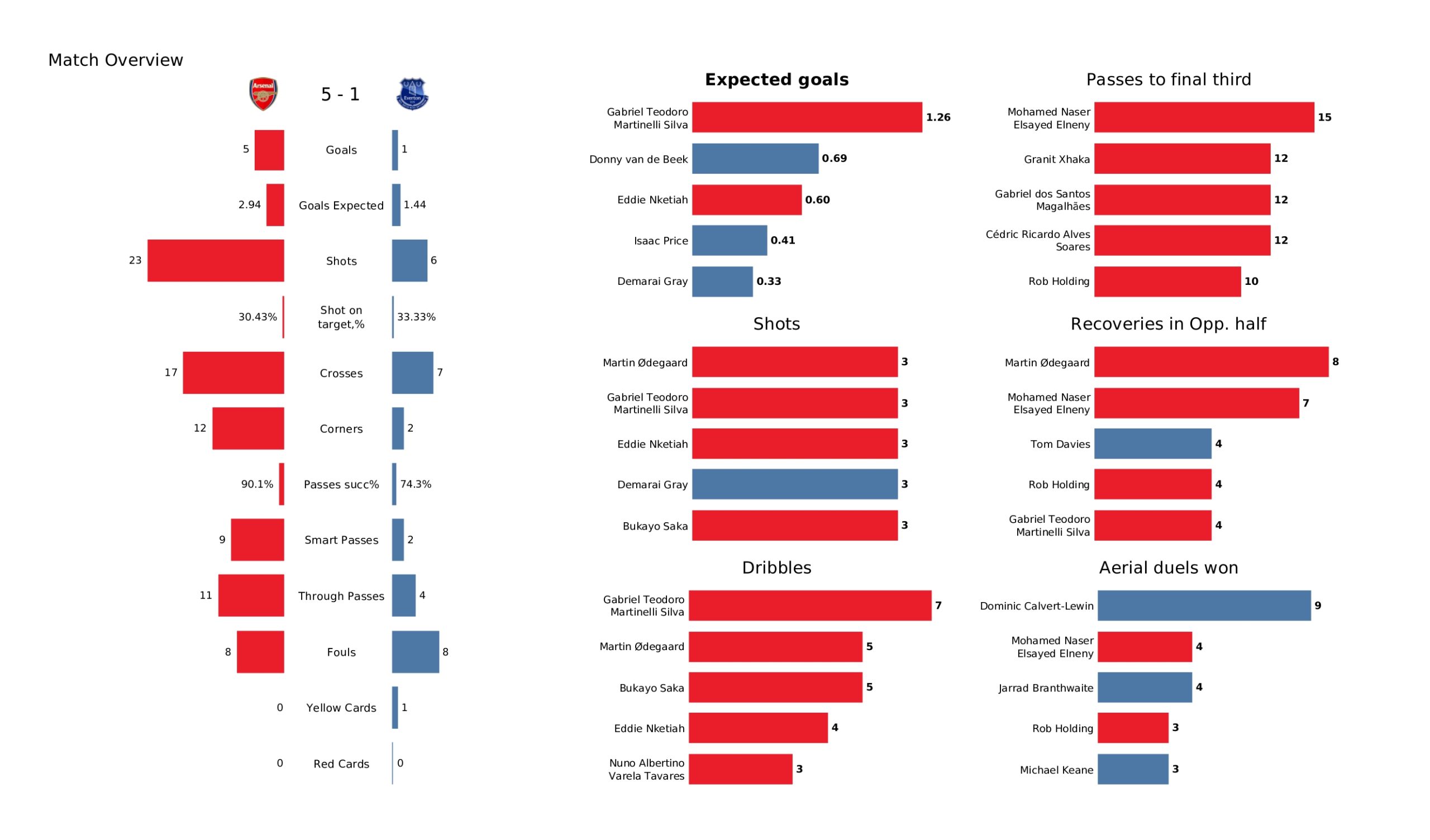 The above viz shows that Arsenal players showed total dominance in the match. Martin Odegaard was the leader of the pack as he attempted three shots and made the highest number of recoveries inside the opposition’s half. Mohamed Elneny dominated the midfield as the Egyptian attempted the most passes into the final third and made seven recoveries into the opposition’s half.

Arsenal should not rush in to signing the Italian winger