Arsenal extended their winning streak to four games after a 2-1 victory over Fulham in the English Premier League. The Gunners lead the league table and are the only team with a 100% record in the league. Fulham suffered their first loss of the season after collecting five points in their first three games.

What were the tactical changes made by Mikel Arteta during the match? How many interceptions were made by Fulham? 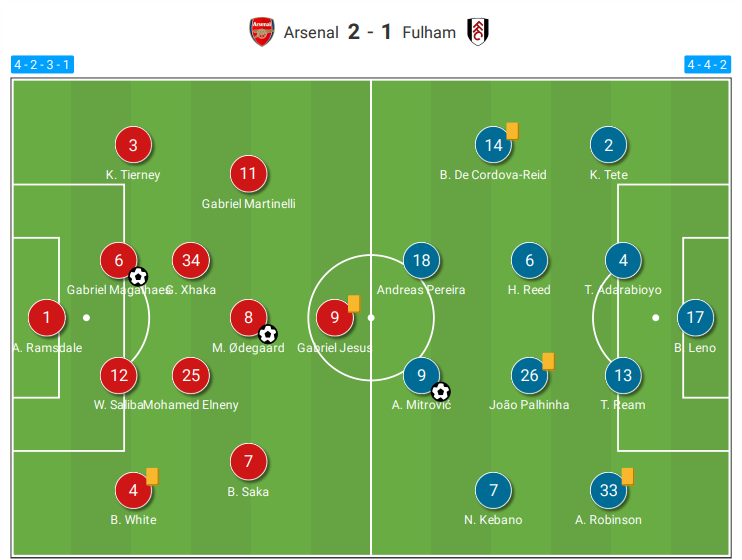 Under the microscope: How Granit Xhaka is proving to be a...