Arsenal have managed back-to-back wins in the English Premier League after Mikel Arteta’s men came out as 4-2 winners in a six-goal thriller against Leicester City. Gabriel Jesus scored a brace on his first start at the Emirates to hand his side a comfortable victory. Leicester City remain winless in their first two games. Arsenal lost their first three games last season, and this season’s form shows that Mikel Arteta’s team is adjusting well to his tactics. 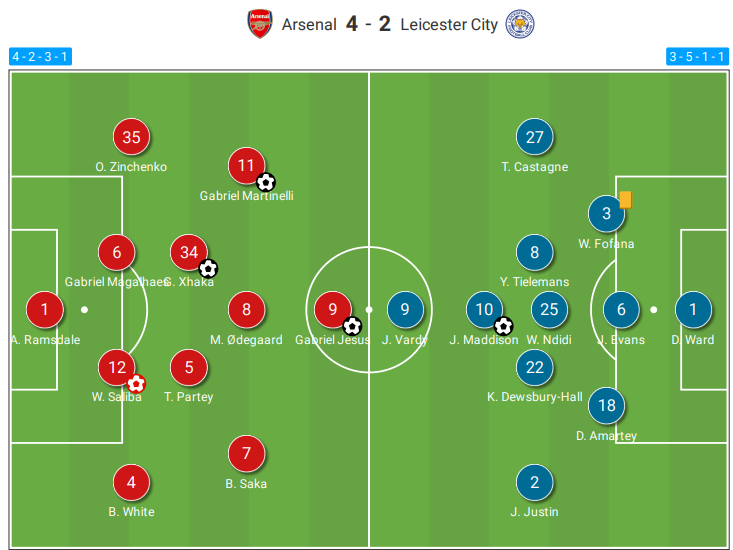 ‘Wise signings’ – Two players Arsenal can do with in the...