Manchester City extend their lead at the top of the table after Rodri scored an injury-time winner to complete a comeback over Arsenal in the English Premier League. The defending champions have now won 11 games in a row.

Who attempted the most shots for Arsenal? Which Manchester City player created the highest threat rate from passes? 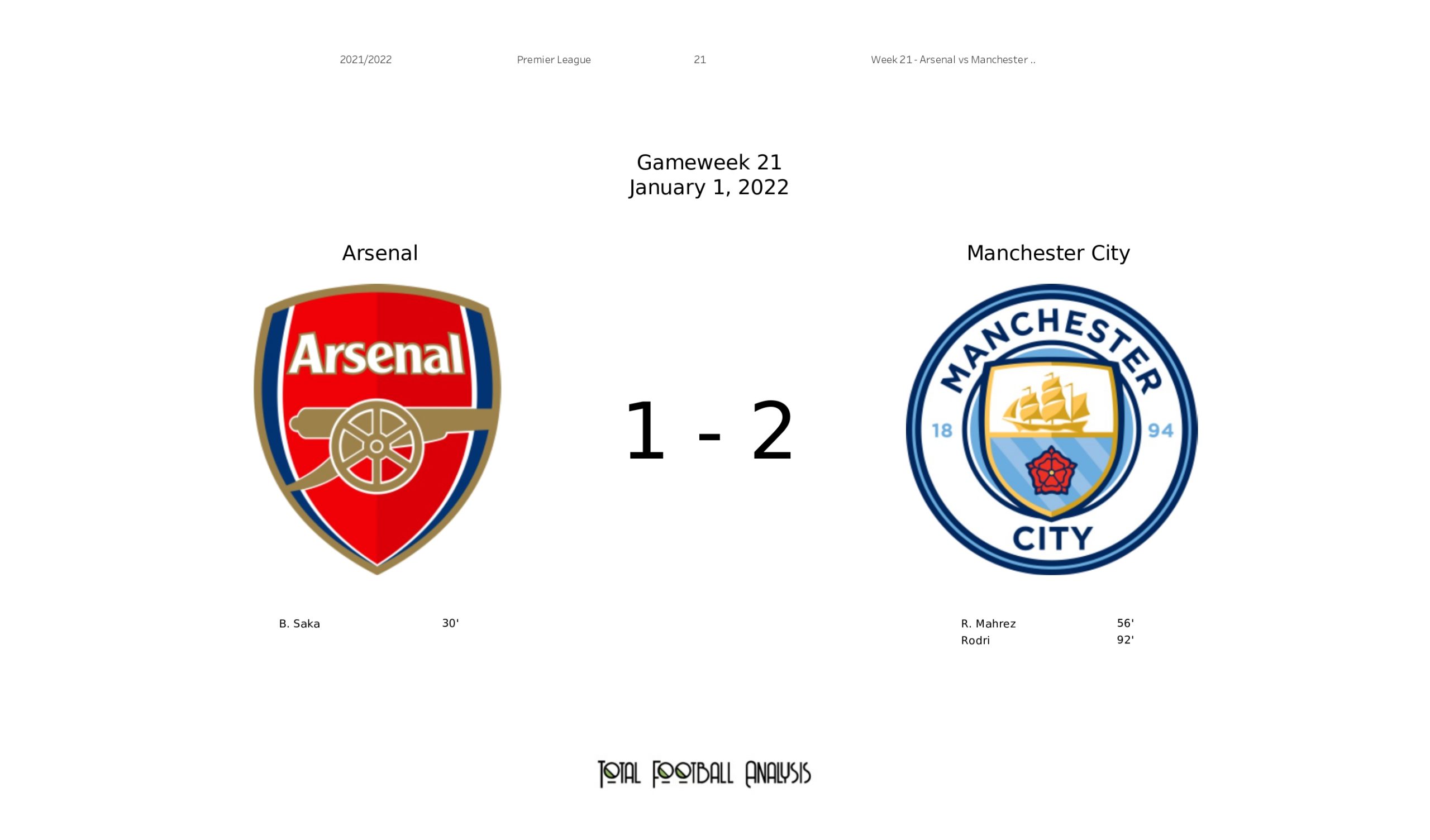 Under the microscope: Ben White’s first season at Arsenal

Under the microscope: Eddie Nketiah – Leading the Gunners all the...