Arsenal completed a comfortable 3-1 victory over Manchester United in the English Premier League. The Gunners have moved into the fourth position and look like the favourites to qualify for the UEFA Champions League next season. Cristiano Ronaldo scored his 100th goal in the Premier League, but his goal was not enough for his side.

How many shots were attempted by Arsenal within the first half? Who won the highest number of aerial duels for Manchester United? 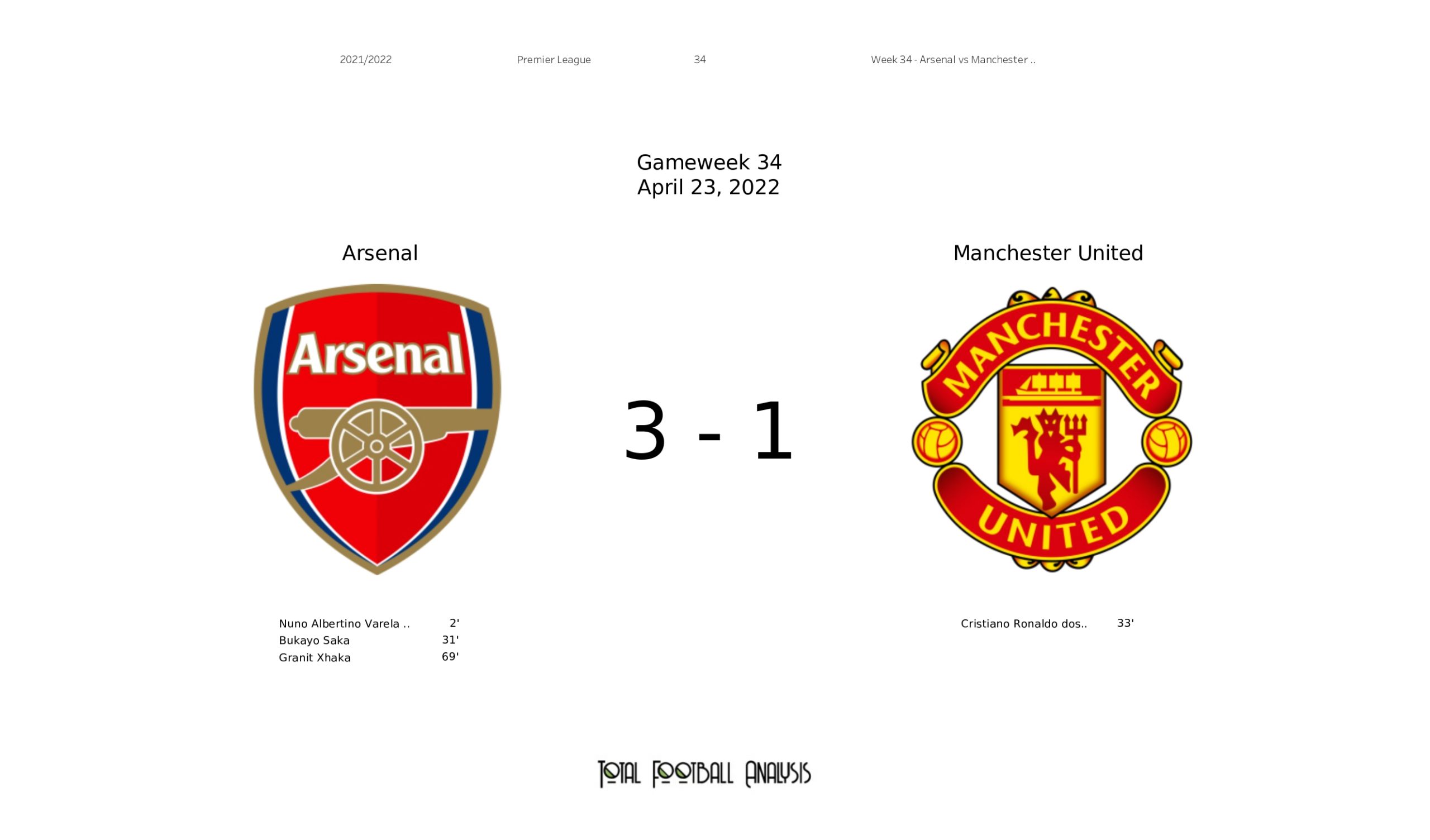