Arsenal will look to return to winning ways when they take on Aston Villa in the English Premier League. Both teams suffered losses in their previous fixtures in the league and will look to bounce back with a win. The Gunners have a chance of strengthening their hold on the top-four position with a win in this fixture. However, Aston Villa will also be looking to earn three points and finish high up in the league table.

Liverpool ended Arsenal’s six-match unbeaten run in the league after a 2-0 victory over them. The Gunners have now lost eight out of the 27 games they have played and won 16. Mikel Arteta’s men have scored 43 goals with an xG rate of 50.97. This is the third-best xG rate in the league. The two goals conceded at the weekend meant that Arsenal have conceded 31 goals with an xGA rate of 35.05. 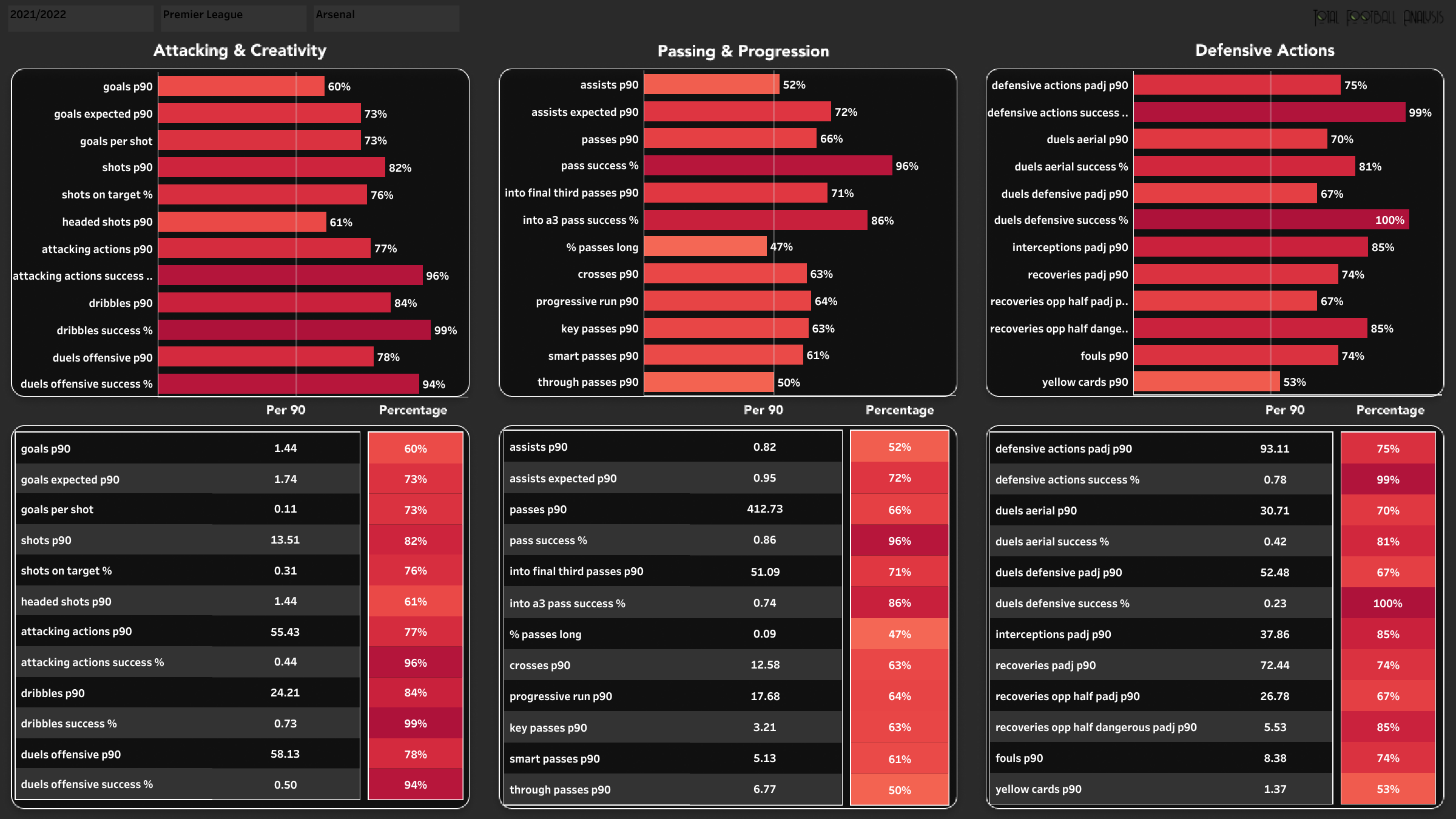 When looking at the above chart, the general rule is that the longer the bar, the better the performance — you can see the league average in the middle, and the % is the percentile rank the player is in. By looking at the attacking and creativity, we can observe that Arsenal attempt more than 13 shots per 90 minutes with a 31% shot accuracy rate. The Gunners have a high percentile rank when it comes to attacking actions success rate and dribbles success rate. Their defense is another bonus point for them. Mikel Arteta’s men are involved in 93 defensive actions per 90 and have a 78% success rate. 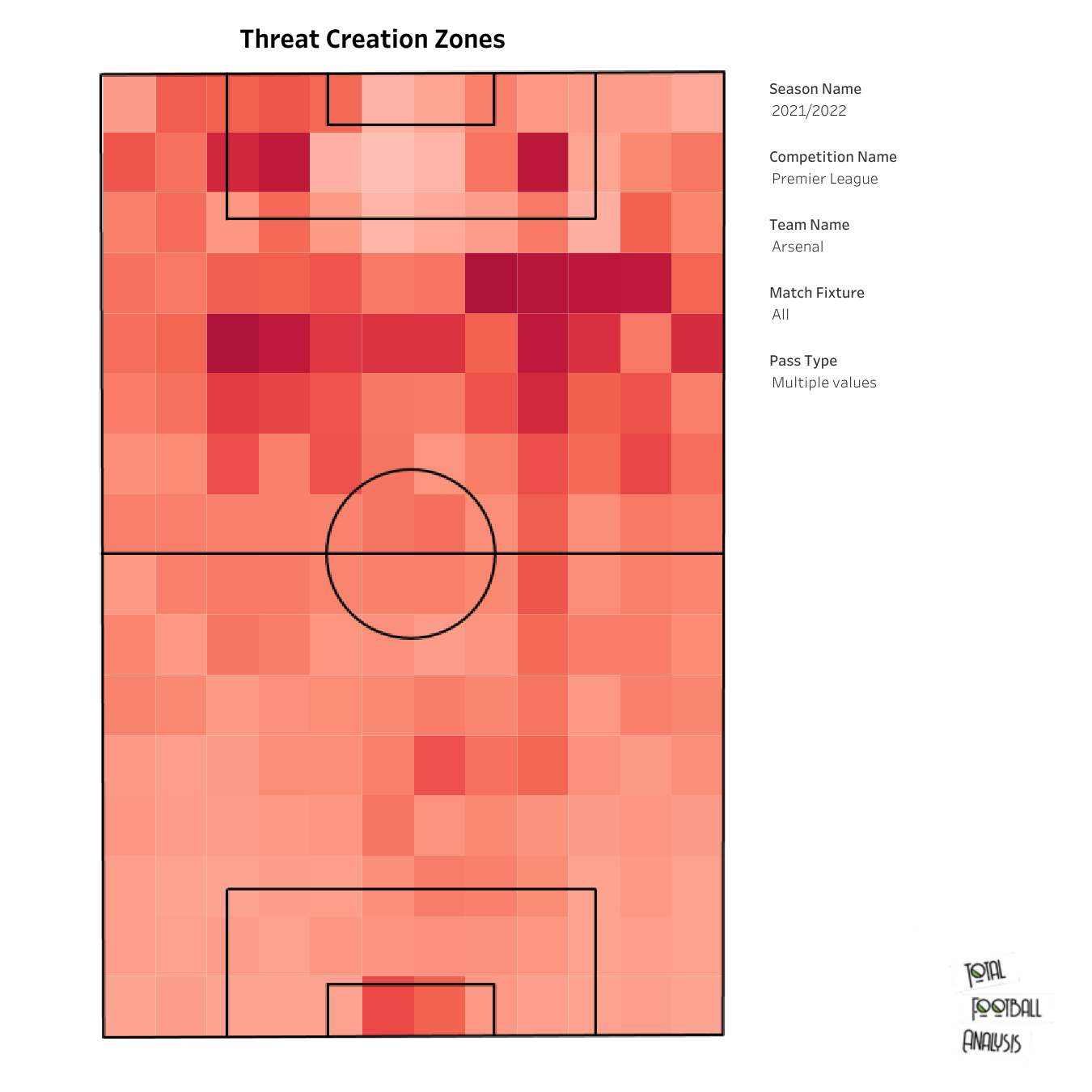 The above chart shows the threat creation zones from passes for the Gunners. Arsenal are playing in a 4-2-3-1 lineup this season. Alexandre Lacazette starts at the top of the attack and is supported by Gabriel Martinelli, Martin Odegaard, and Bukayo Saka. The above chart shows that the Gunners have created more threats from the right side. Odegaard starts as a number ten behind the striker, but he takes a lot of ball possession on the right. In the previous matches, it can be observed that Odegaard and Saka play a lot closer to each other towards the right side.

Mikel Arteta could name an unchanged lineup once again as he has no fresh injury concerns. There is a possibility that Emile Smith-Rowe might start ahead of Gabriel Martinelli on the left. 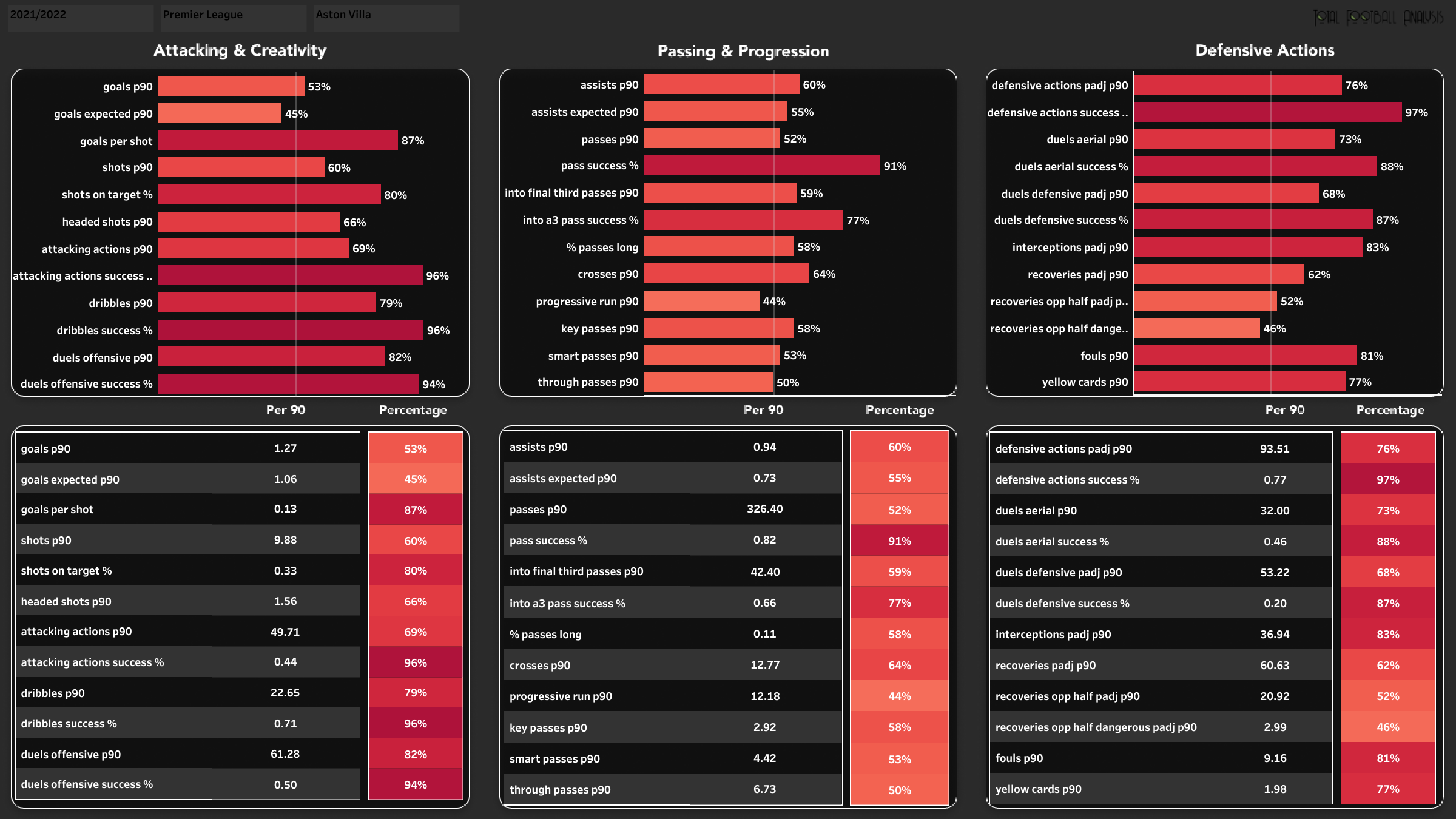 Aston Villa, on the other hand, have won 11, drawn three, and lost 14 matches this season. A loss against West Ham United ended their three-match winning streak in the league. Aston Villa have scored 41 goals so far and conceded 39. The overall xG rate of the team this season is 32.64, with an average of 1.06 xG per 90 minutes. From the above viz, we can observe that Aston Villa attempt around ten shots per 90 minutes with a 33% shot accuracy rate. 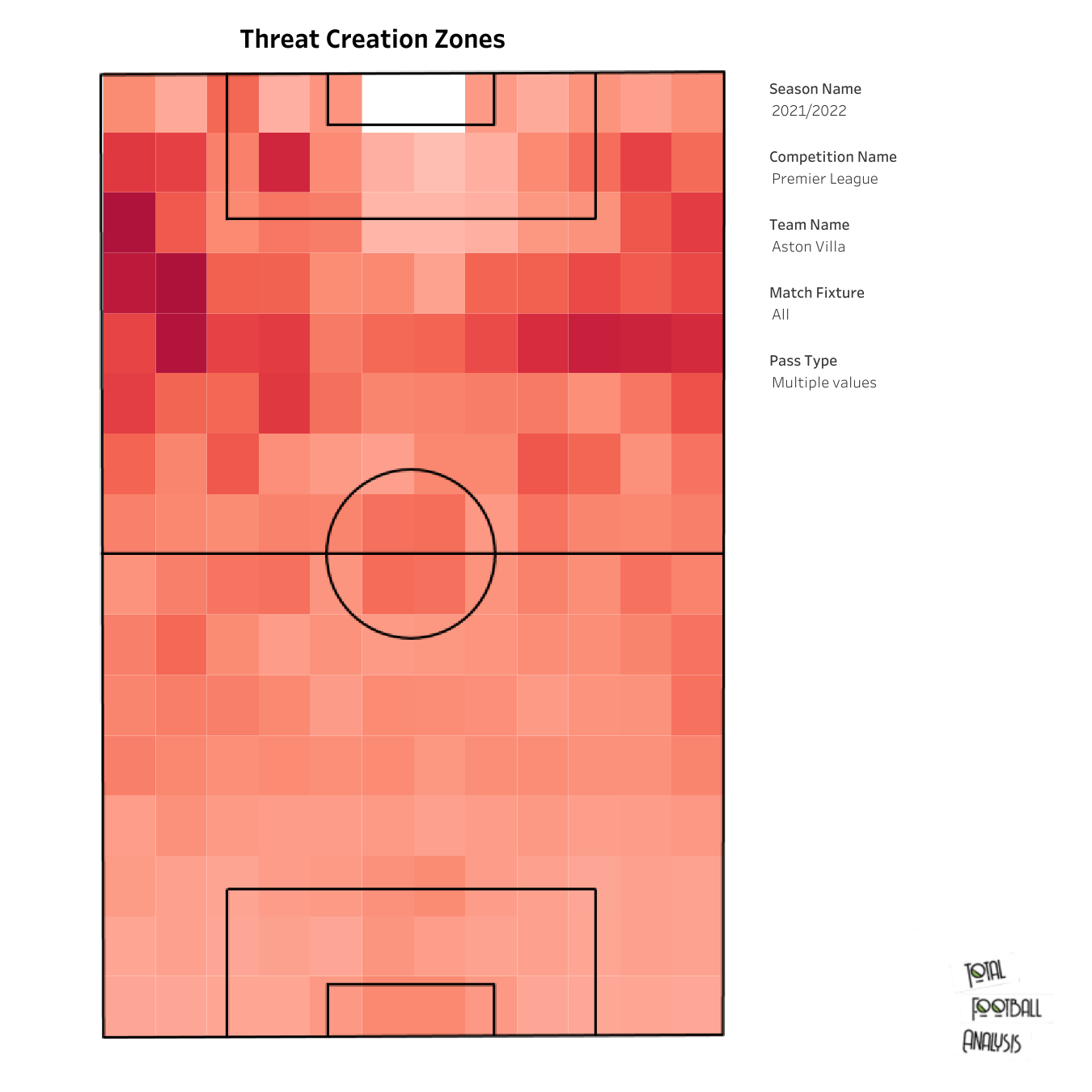 The threat creation zones for Aston Villa are different from the threat creation zones for Arsenal. Villa have created more threats from the left side. The new signing, Philippe Coutinho, operates from the left and will be a threat towards the opposition goal. Aston Villa have a few injury concerns as Lucas Digne has been ruled out of the fixture. Douglas Luiz and Callum Chambers are also expected to miss this match.

Both teams will look to return to winning ways when they face each other at Villa Park. Arsenal won the reverse fixture 3-1 and will look for a clean sweep over the opponents.

Under the microscope: How Granit Xhaka is proving to be a...