Arsenal have been active in their search for a striker to rebuild their squad for the next season. Pierre Emrick-Aubameyang is likely to leave the English Premier League in the summer after the manager has dropped him in recent games due to disciplinary issues. Alexandre Lacazette is yet to show his full potential at the club and is unlikely to remain the first-choice striker at the Emirates. Arsenal tried to sign Dusan Vlahovic from Fiorentina, but the striker is likely to join Juventus in the summer. They have now turned their attention towards Everton striker Dominic Calvert-Lewin. The forward player has shown a lot of improvement in recent seasons and is one of the best young English strikers in the league. 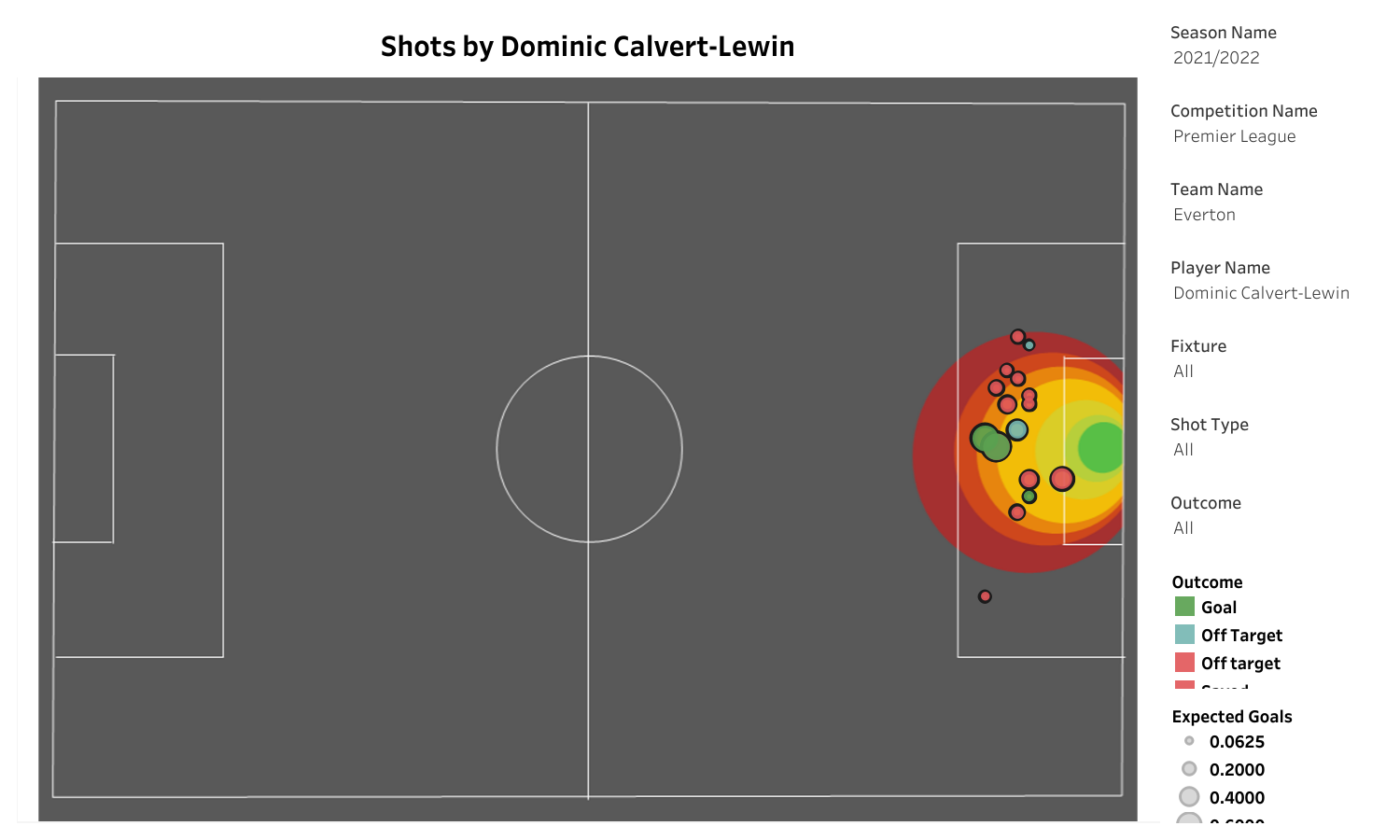 The Evertonian has featured in only six games this season and has recently returned from injury. He scored three goals in the opening three fixtures of the season and was injured in the third match. The player has attempted 17 shots, and nine of them have been on target. All the shots have been attempted from within the opposition’s penalty box, with an xG rate of 4.92. He has converted two chances from the penalty spot. 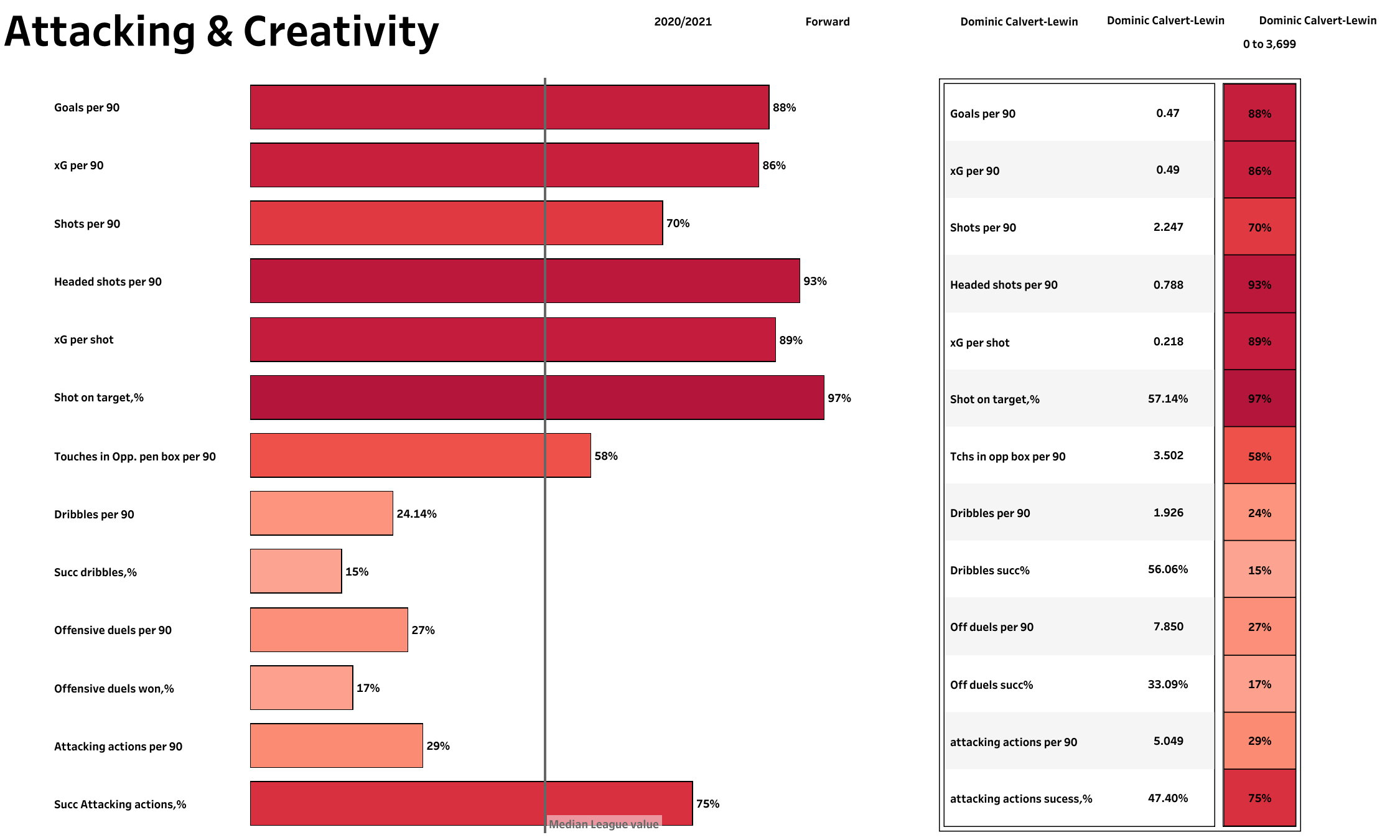 The above chart shows his attacking and creativity stats from last season. When looking at the above chart, the general rule is that the longer the bar, the better the performance – you can see the league average in the middle, and the % is the percentile rank the player is in.

The 24-year-old striker featured in 32 league games and scored 16 goals. He averaged 0.49 xG per 90 and had a high percentile rank in the league. One of the most impressive things about last season was his shot accuracy rate. He attempted 77 shots with a 57.14% shot accuracy rate. Calvert-Lewin is strong in the air, and averages 0.78 headed shots per 90. His play is more direct and focuses on scoring goals. 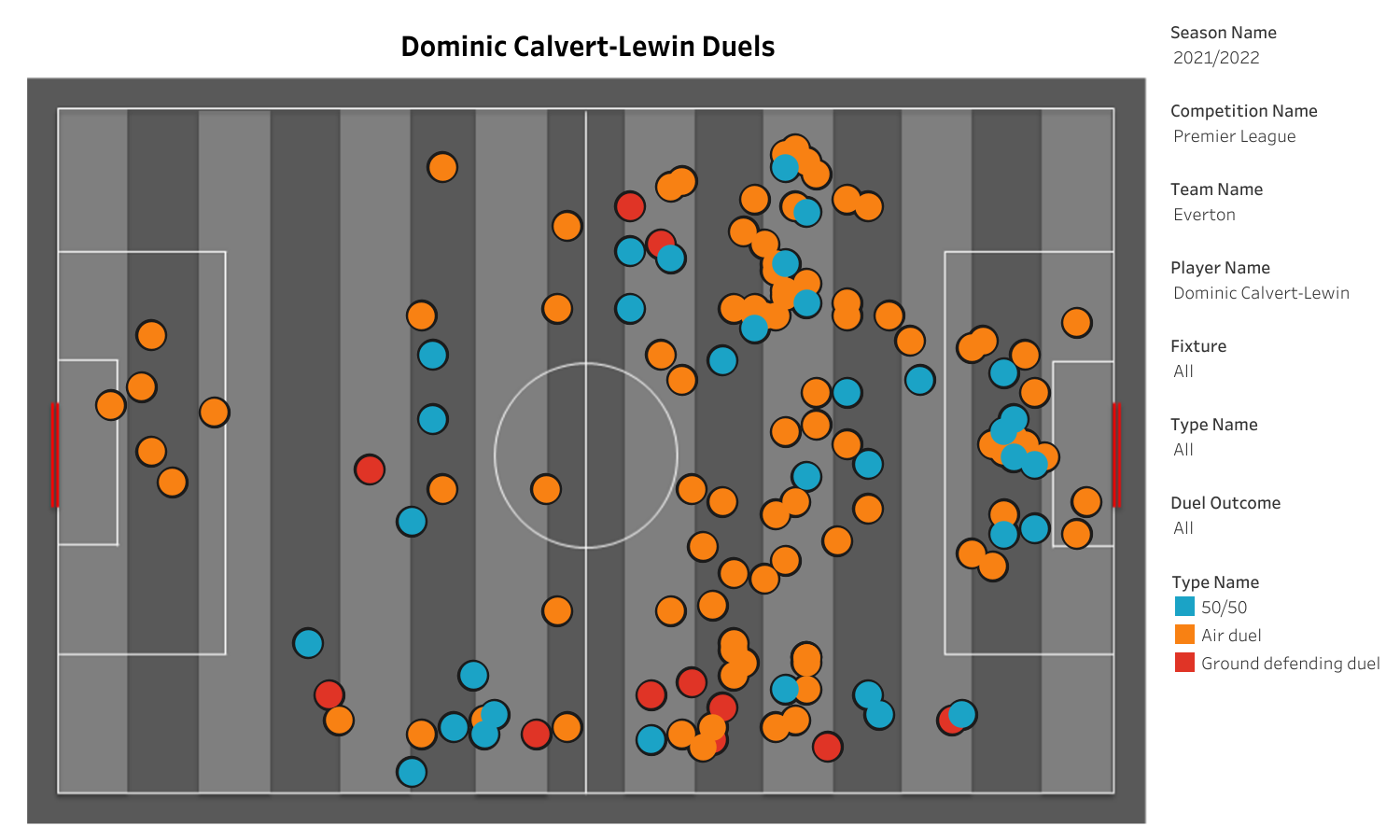 There are a lot of chances that Arsenal might go for the Evertonian in the summer. Calvert-Lewin has performed consistently and is always a threat on the pitch. His work rate and goal-scoring ability could help Arsenal in attack, and he could become their main striker next season.

FC Zurich vs Arsenal Preview: 3 things to watch out for...