Arsenal are on the brink of qualifying for another UEFA Champions League campaign. This would be their 20th appearance in the competition and the first after a gap of five seasons. The Gunners had a poor start to the season and have recovered well. Their club captain and main striker, Pierre Emrick-Aubameyang, left the club in January, leaving Arsenal with Alexandre Lacazette and Eddie Nketiah to lead the attack. Alexandre Lacazette was the regular starter for Mikel Arteta’s side post Aubameyang’s departure, but the Frenchman has managed to score only a single goal in the English Premier League since the start of 2022. The manager made changes to the team, and Eddie Nketiah has started in the last five matches. Nketiah had a great impact on the team, and the Gunners won four of the five matches played.

Eddie Nketiah has made 18 appearances this season, 13 of which were after coming off the bench. He has scored four goals and provided an assist. All of his goals came in the five games in which he started. He scored a brace each against Chelsea and Leeds United. His other starts were against Southampton, Manchester United and West Ham United. 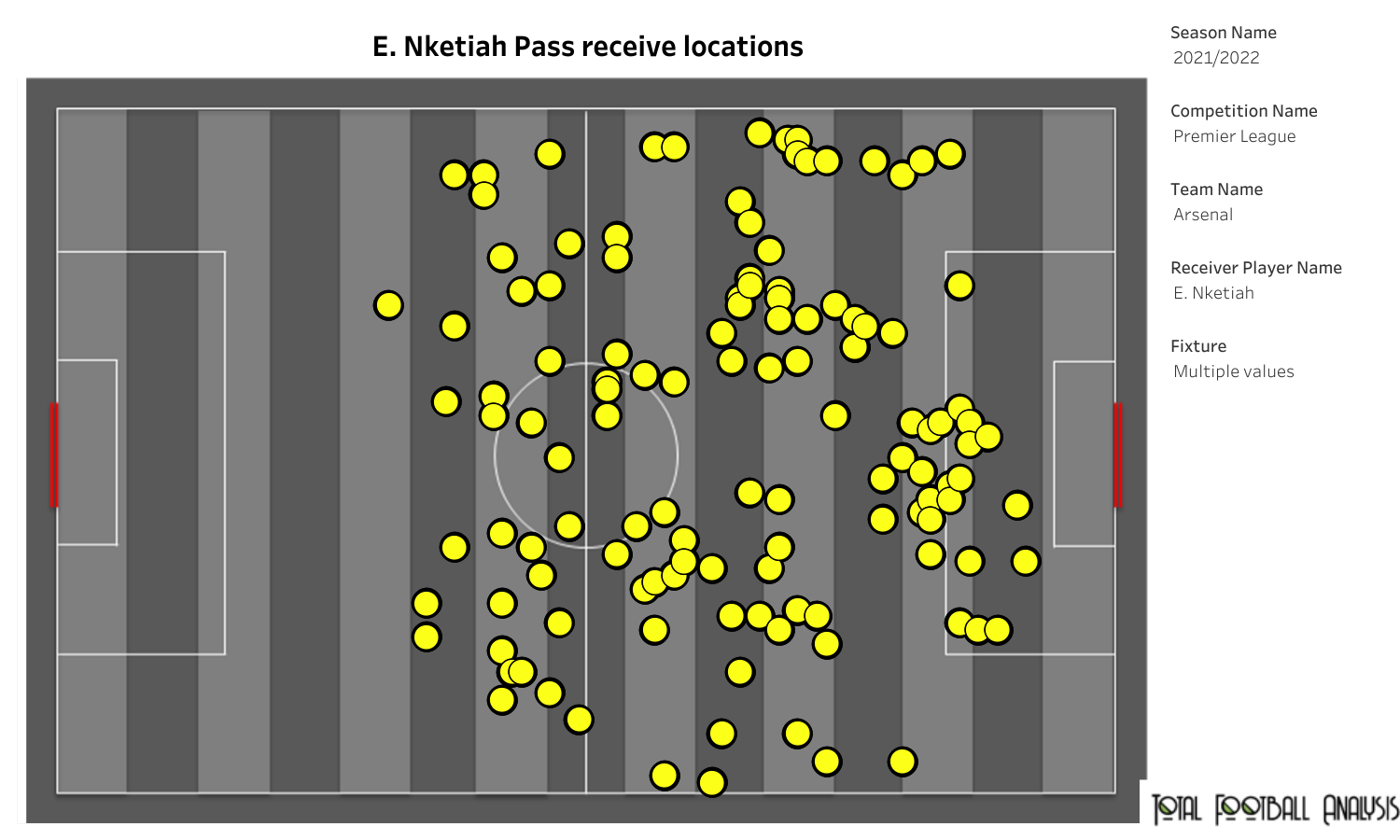 Arsenal play in a 4-2-3-1 formation with a single striker leading the attack. The above viz shows the pass receiving location of the striker in the five matches that he started. The 22-year-old has featured on every part of the pitch in the final third. He has received passes on the wider sides and has taken a total of 24 touches inside the opposition’s penalty box. 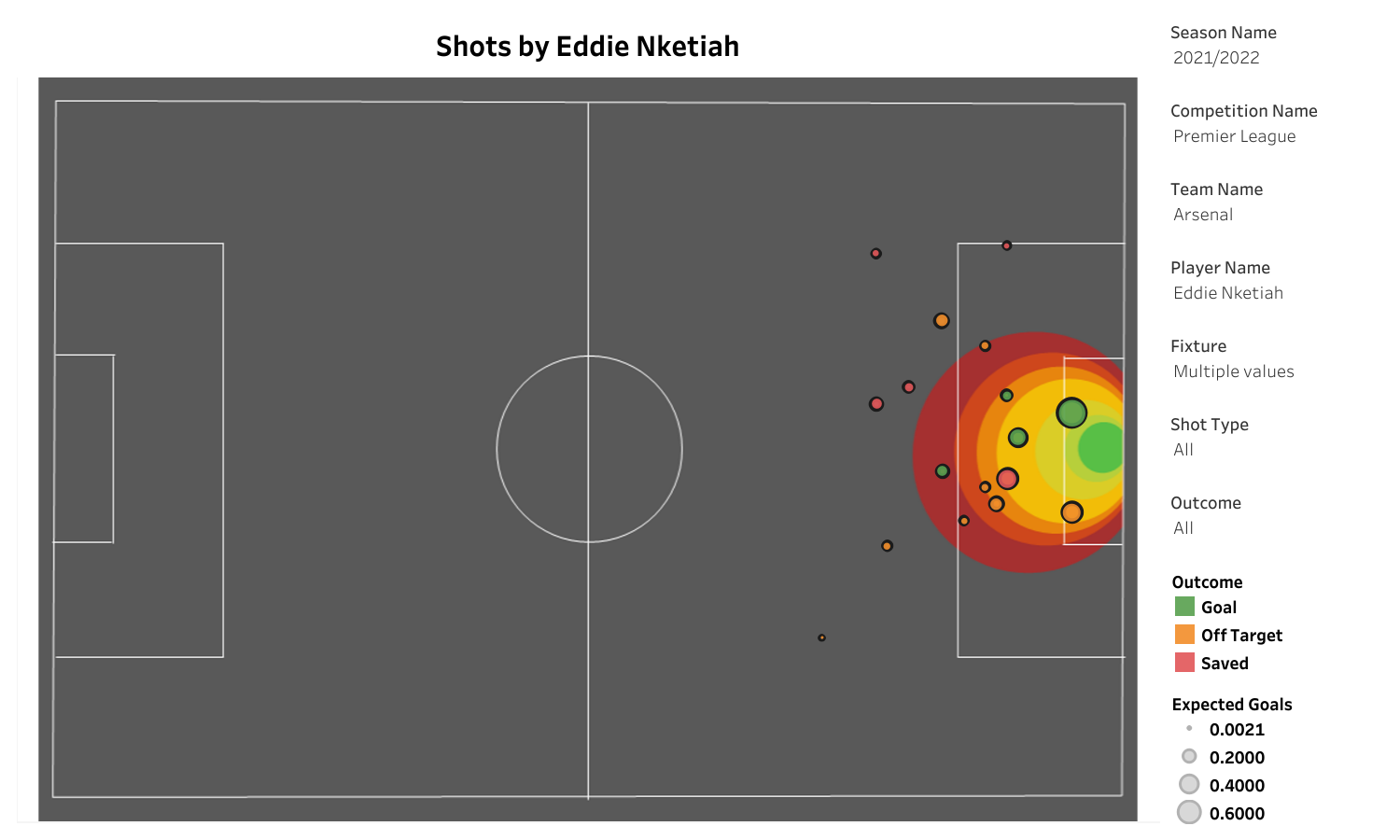 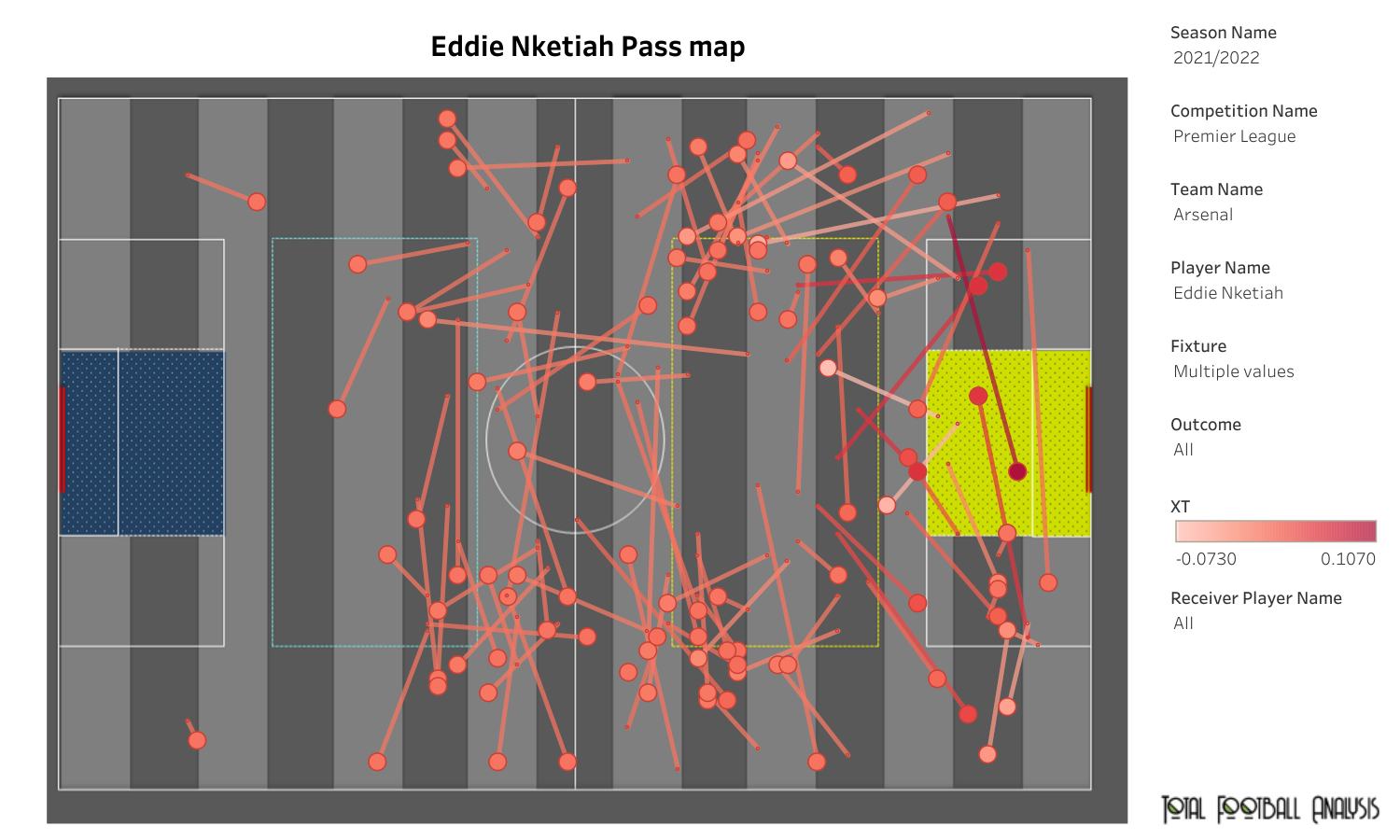 The 22-year-old has attempted 100 passes, and ten of those have landed inside the opposition’s penalty box. These 100 passes include three crosses, one smart pass, and one through pass each. 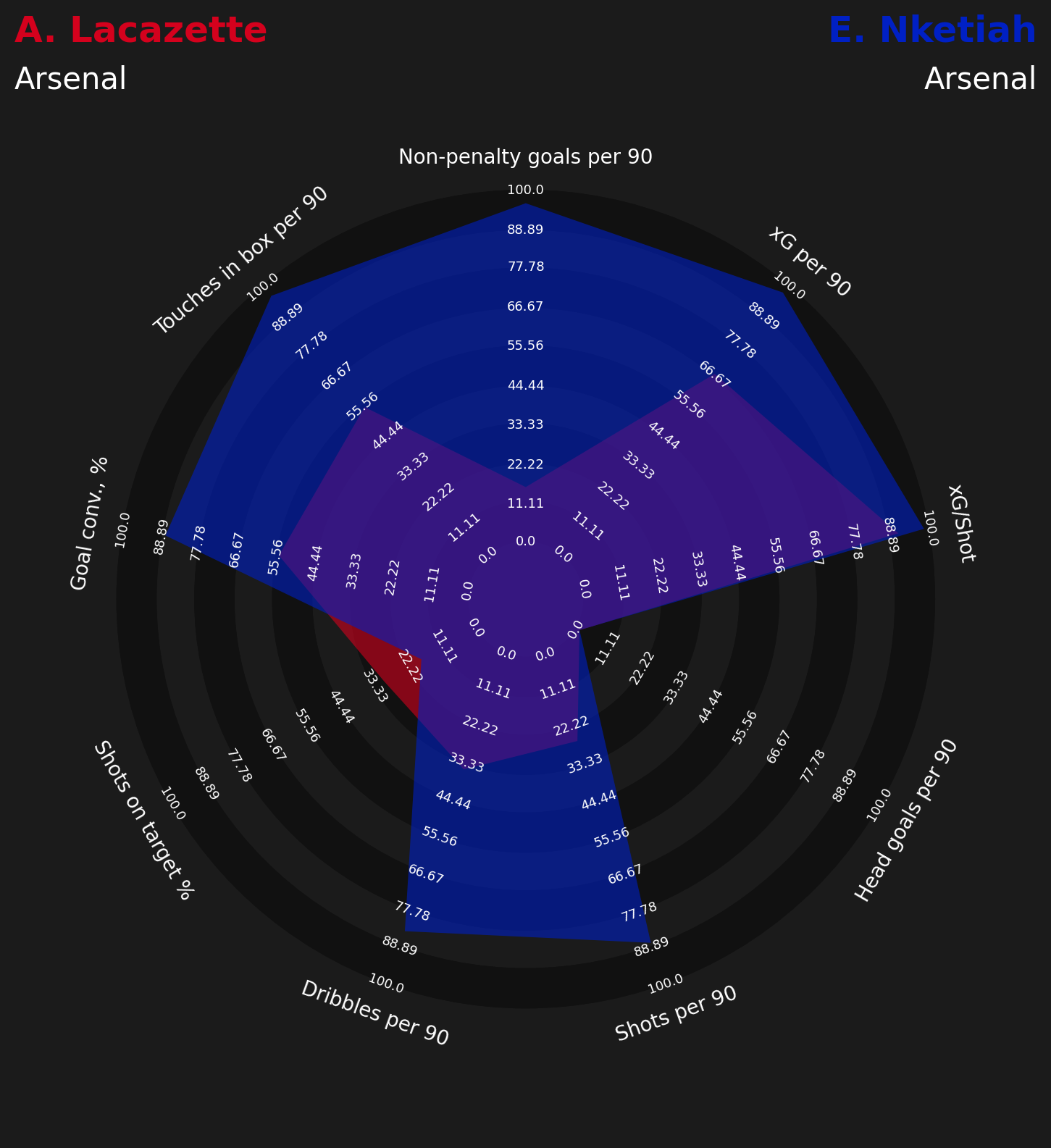 The above viz compares Nketiah’s attacking stats with Lacazette’s this season. Lacazette’s radar is in red and Nketiah’s radar is represented in blue. The 22-year-old outperforms his senior pro and has better stats. Nketiah has spent fewer minutes on the pitch than Lacazette, but the striker has proved his worth every time he is on the pitch. Lacazette has also scored four goals, but it took him 27 appearances, and two of those goals were scored from the penalty spot.

Eddie Nketiah was a frustrated figure on Arsenal’s bench after getting very less game-time. Other English Premier League clubs were and are monitoring his situation at the London club. He has changed Arsenal’s fortunes in the last few games and is getting appreciation from the management and the fans. The striker has scored some crucial goals that would help his side to achieve UEFA Champions League qualification, and there are chances that he might stay and represent the club on the biggest stage.