Arsenal have started to settle under Mikel Arteta in the English Premier League. The Gunners are competing for the UEFA Champions League qualification spots and have an advantage over their opponents. However, the Gunners are short of attacking options in the number nine role. The departure of Pierre Emrick-Aubameyang leaves them with Alexandre Lacazette and Eddie Nketiah as the only options in the number nine role. Alexandre Lacazette has struggled to score goals this season, and Nketiah has spent a few minutes on the pitch. One player who has been tipped recently to play in this role is Emile Smith-Rowe. The attacking midfielder is Arsenal’s top goal-scorer this season and has shown a lot of improvement on the pitch. 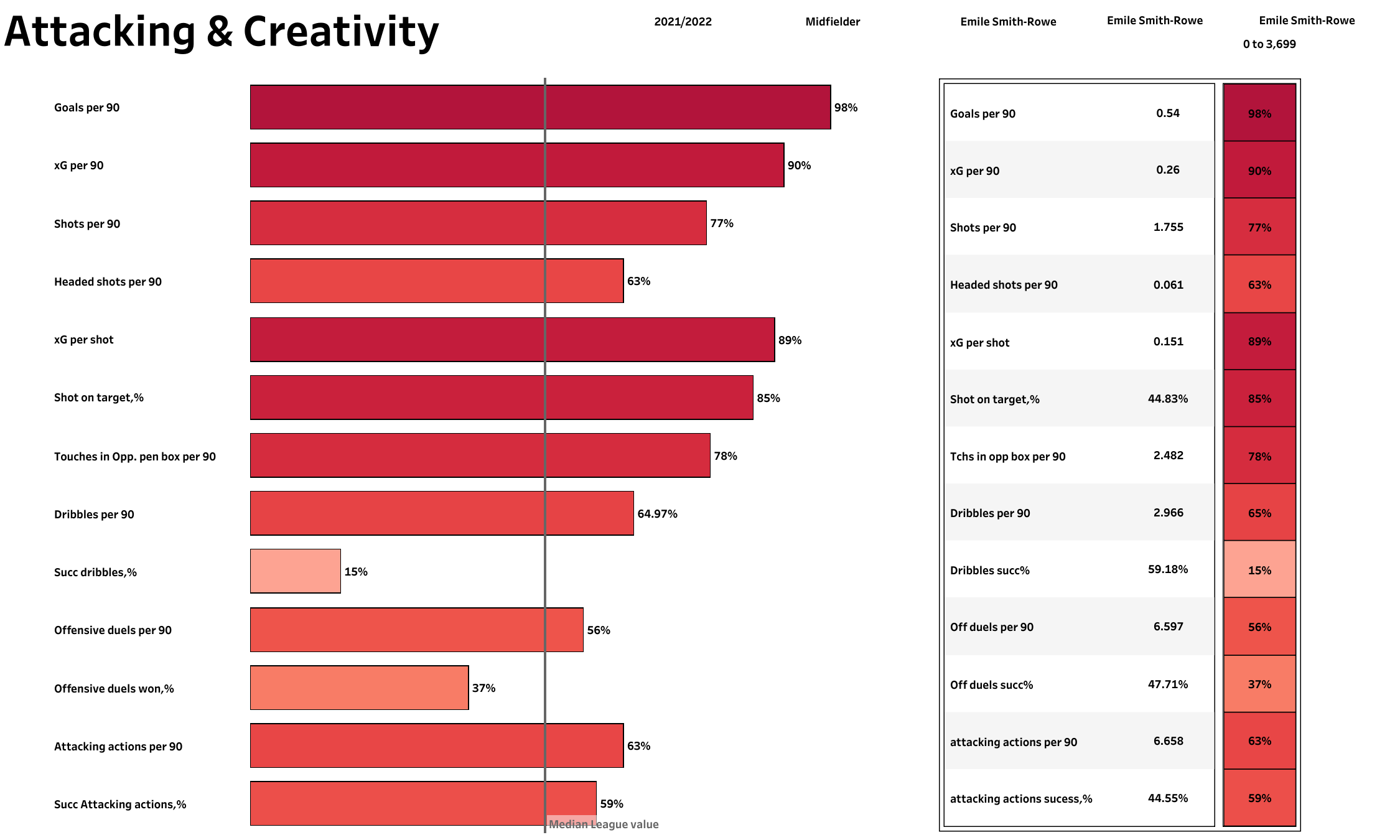 When looking at the above chart, the general rule is that the longer the bar, the better the performance — you can see the league average in the middle, and the % is the percentile rank the player is in. The above dashboard shows Smith-Rowe’s stats in comparison to the other Premier League midfielders. He has scored nine goals, and his overall xG rate is 4.37. The Englishman has a high percentile rank in comparison to the other midfielders in the league. Aubameyang scored four league goals before his departure, and Lacazette has scored three goals so far. Smith-Rowe has scored more goals than the combined total of the other strikers. He has also taken 41 touches inside the opposition’s penalty box and averages more than two touches per 90 minutes. 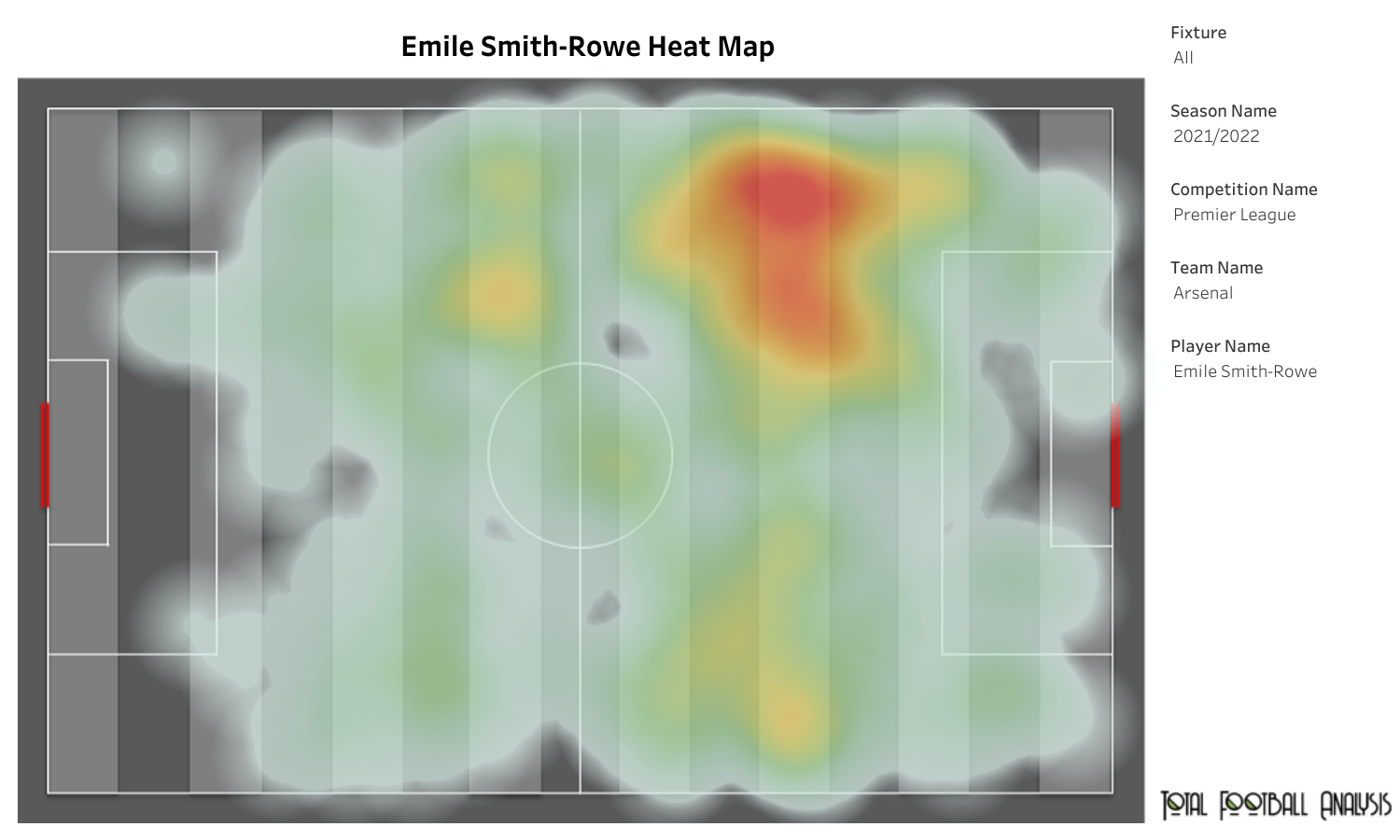 The above viz shows the heat map of Smith-Rowe this season. He has mostly played on the left side of the attack, and his typical position is on the wing. Emile Smith-Rowe has made 21 appearances, six of which were off the bench. Recently, he lost his place to Gabriel Martinelli and has featured from the bench. Martinelli was injured in their recent victory over Brentford, and Smith-Rowe started in his place. He managed to score a goal in this match. 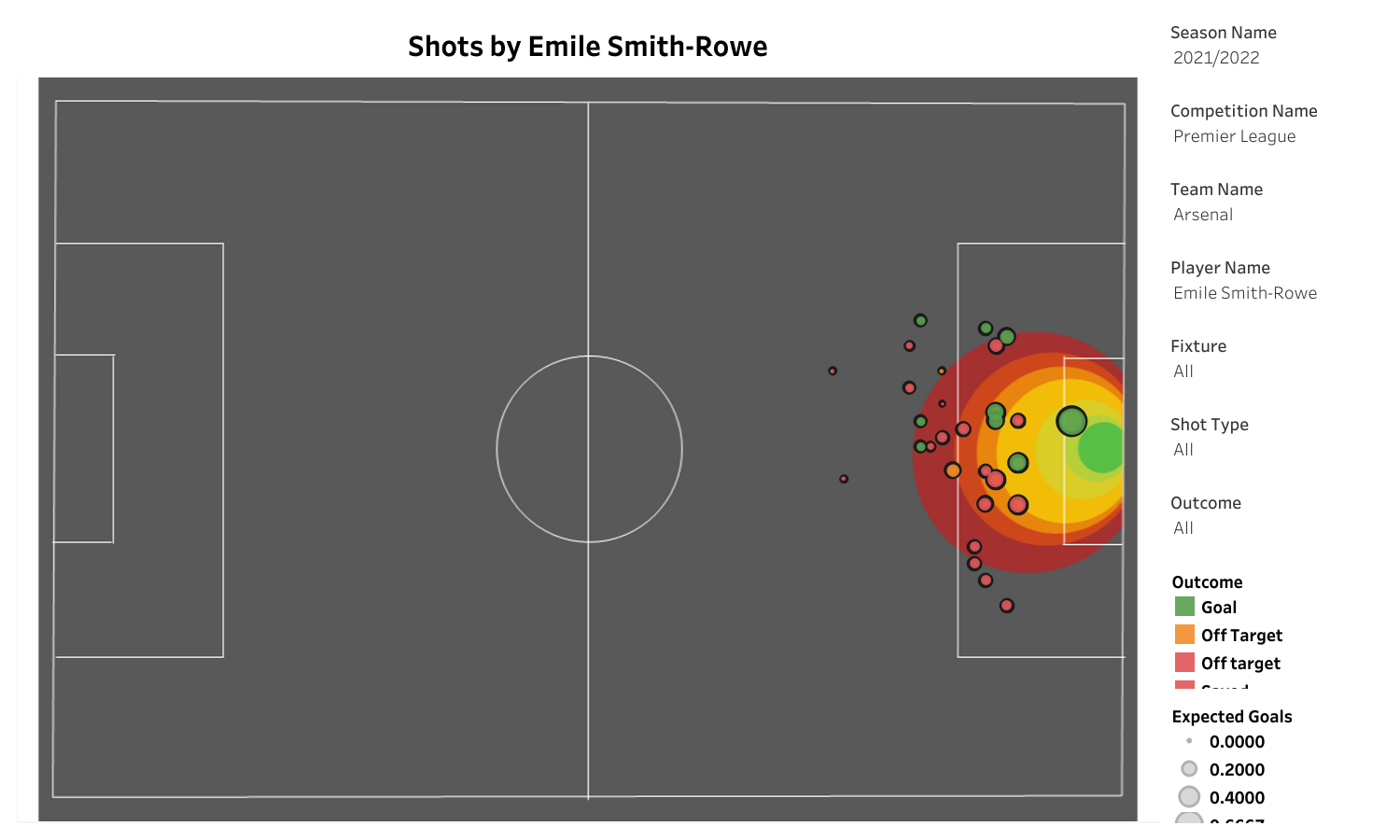 Emile Smith-Rowe has even provided two assists this season, one of which was against rivals Tottenham Hotspur. Arsenal strikers have failed to convert their chances this season. Smith-Rowe has been a bench warmer in recent games. Despite being the top goal-scorer, the manager is finding it difficult to fit him into the team. Arsenal’s weak link in their attack is their striker. Mikel Arteta can use him as a false nine striker, and this will give more freedom to the other attacking players. The player will also look to get into double figures in goals scored and help his side to Champions League qualification.

Ceballos unsure about his next destination