Arsenal signed 22-year-old Portuguese attacking midfielder Fabio Vieira from Porto. He is a Portugal U-21 international and has won two domestic league titles with his former club. Mikel Arteta added another young midfielder to his squad. With Martin Odegaard becoming the club captain and the other players settled into their roles, it was difficult for Fabio Vieira to straight-away break into the team. An injury before the start of the season delayed his Arsenal debut until September. Fabio Vieira made his debut in a 3-1 defeat against Manchester United in the English Premier League. His full debut came against FC Zurich in the UEFA Europa League. The 22-year-old impressed everyone in his full league debut. We now look at some of the stats that show how the Portuguese has made his mark among Arsenal supporters. 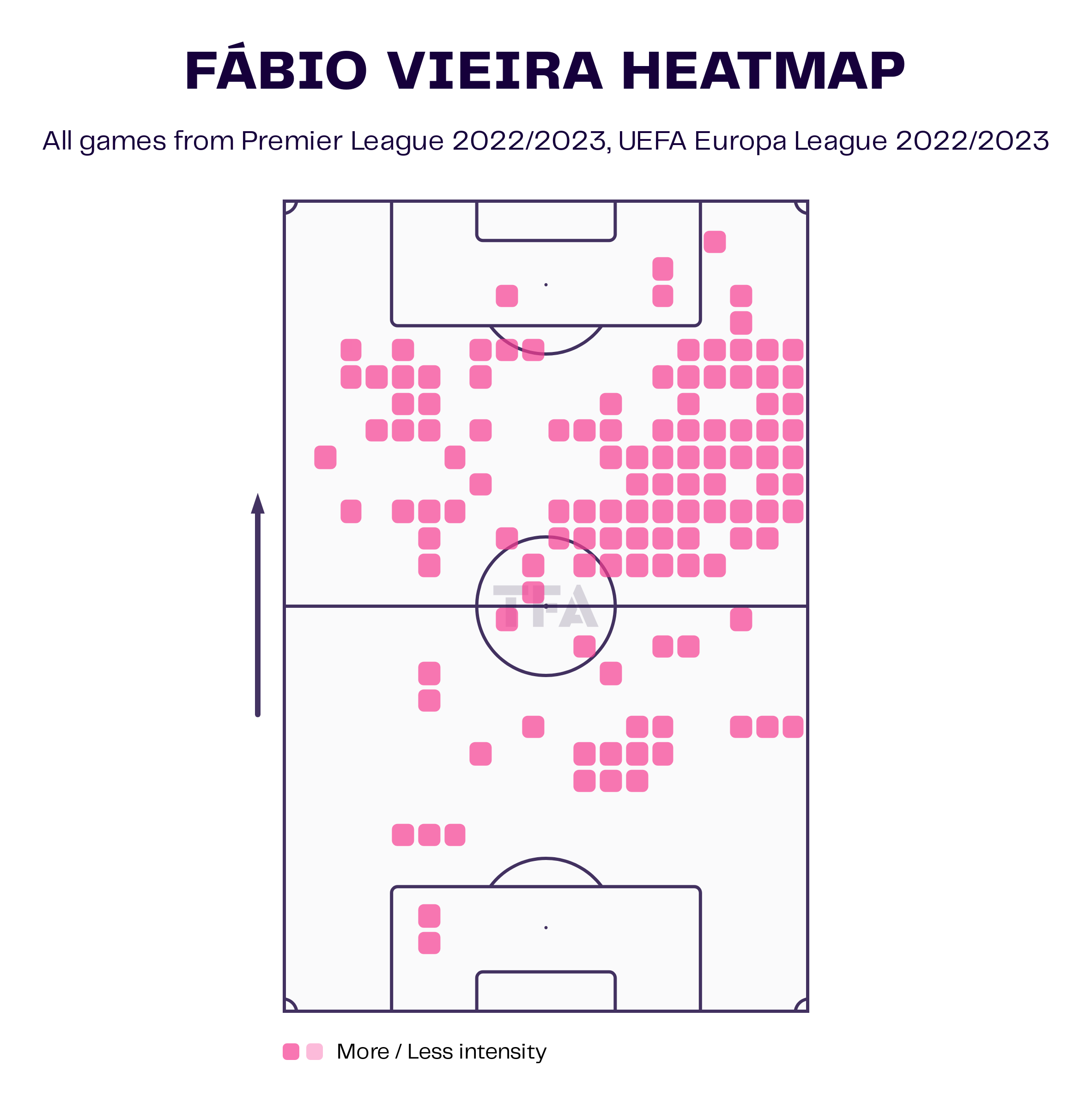 Fabio Vieira spent 21 minutes on the pitch on his debut against Manchester United. He started in the next game for the Gunners and played 69 minutes against FC Zurich. Arsenal’s last match before the international break was played against Brentford away from home. Martin Odegaard was injured, and Vieira stepped up in his place. The 22-year-old netted his first goal for Arsenal and justified his price tag. The above viz shows the heatmap of the player. He has played the number ten role, but the average position is towards the right. Martin Odegaard also plays a similar role, and Mikel Arteta stuck to his tactics. He made Vieira play in the same style, and Vieira is starting to settle into the role. 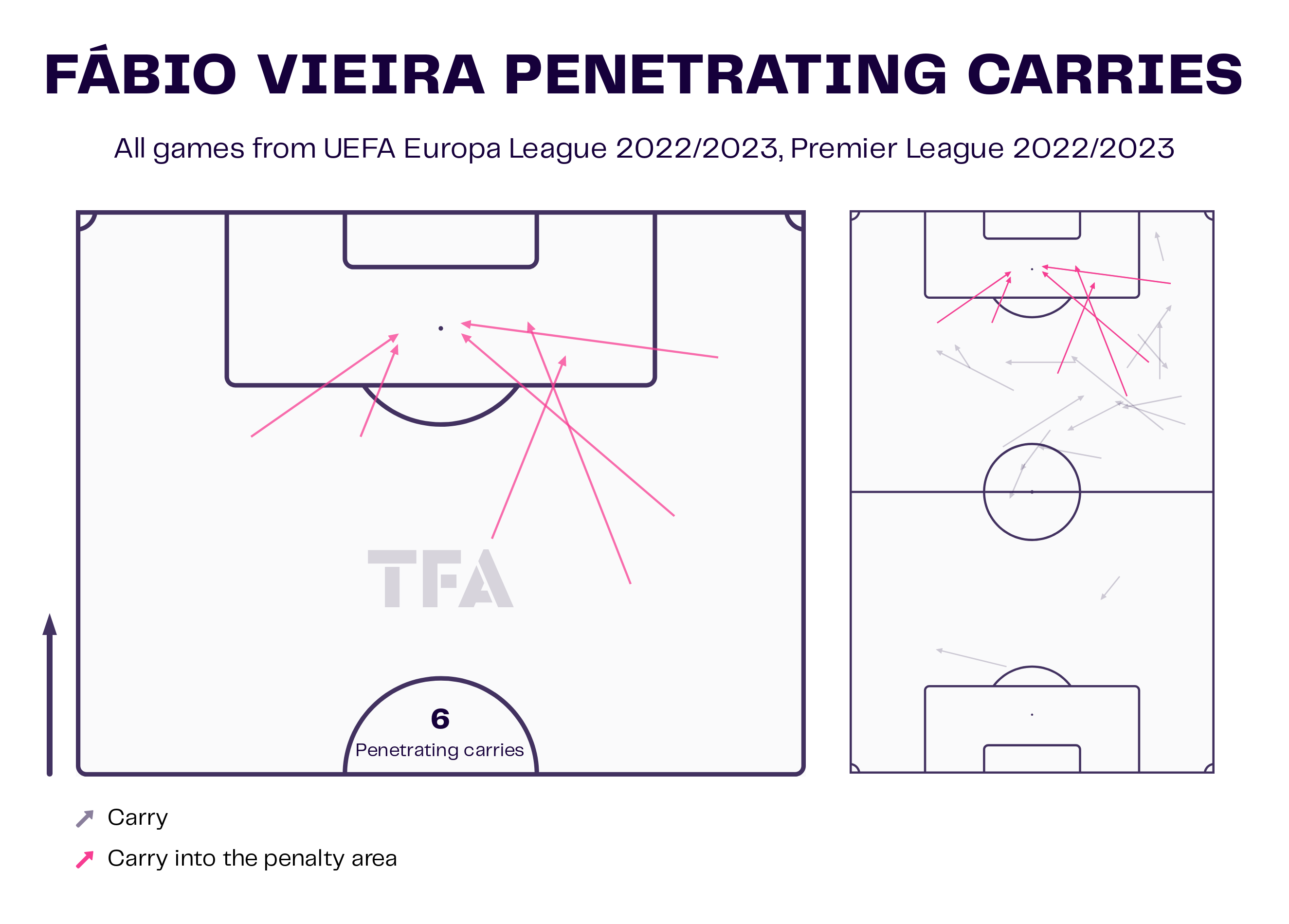 Fabio Vieira took advantage of the role he was playing in these three matches. He carried the ball six times into the penalty box. Most of the runs came from the right side. The 22-year-old has also taken two touches inside the penalty box, and both touches came against FC Zurich. 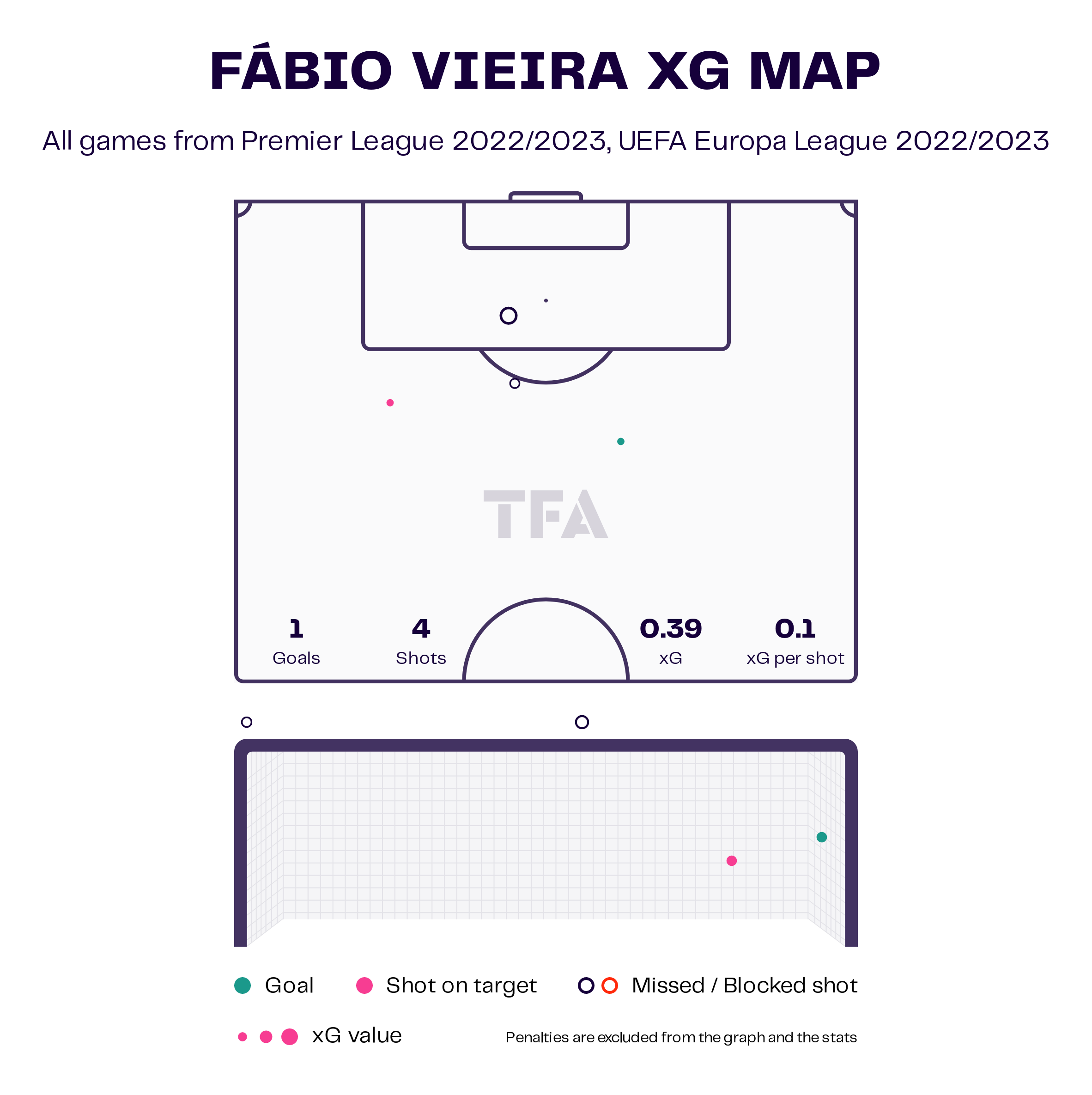 The 22-year-old scored his first goal for Arsenal from outside the penalty box. Fabio Vieira has tested the keeper four times this season and two of his shots were on target. The shot map shows that the Portuguese like to score some long-range bangers in the same way they did against Brentford. 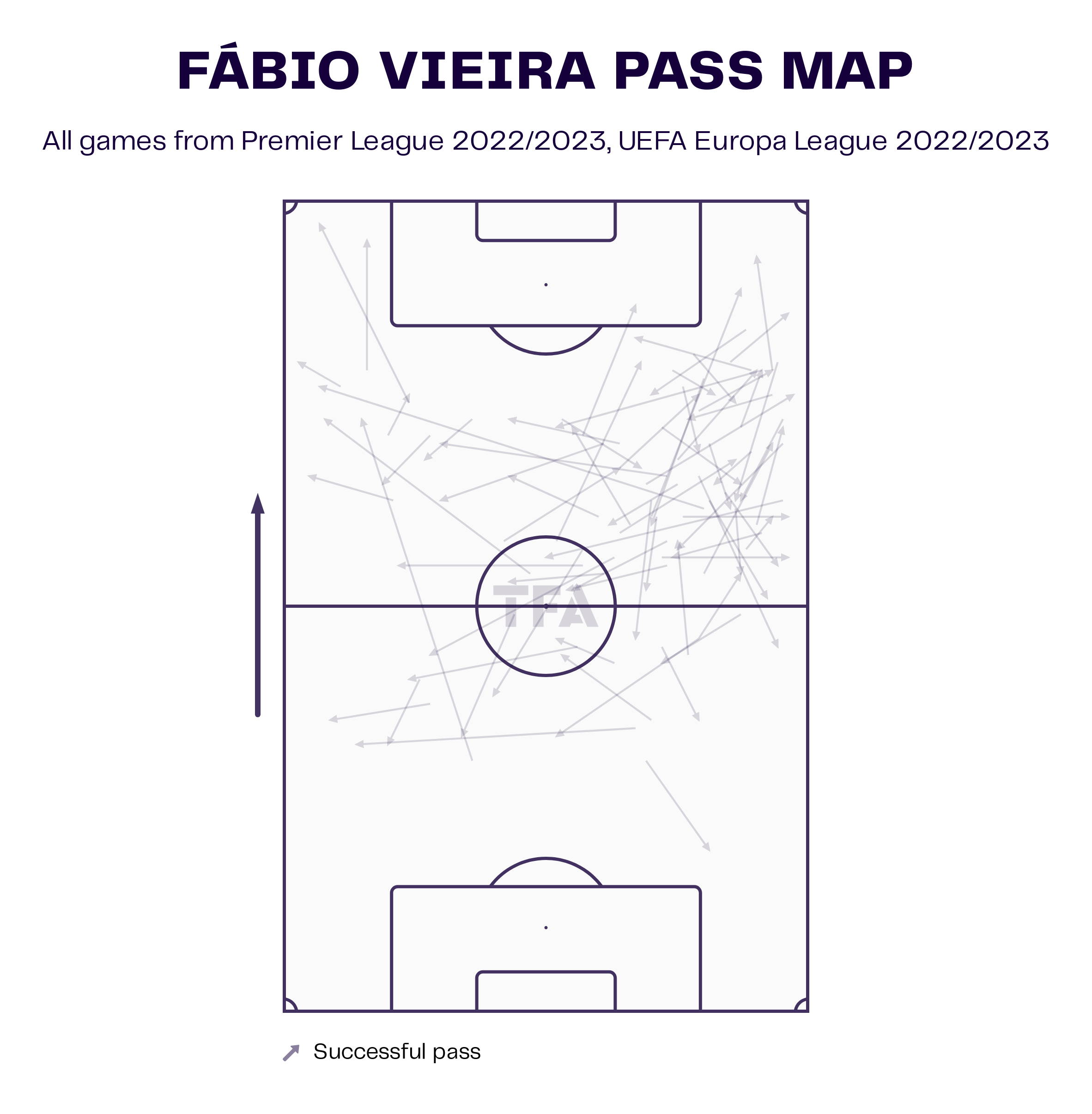 Fabio Vieira is yet to trouble the opposition with his creativity. He averages around 47 passes per 90 minutes, with a 79.8% accuracy rate. These include three passes to the penalty area and seven passes to the final third. He will look to impress the supporters and show his creativity in the coming matches.

Fabio Vieira is making full use of the gametime he is getting. He is fit and ready for regular action. Mikel Arteta will look to make full use of his potential and give the player more chances to make his mark on the team.