Gabriel Jesus joined Arsenal in the summer from Manchester City. Arsenal were in search of a striker and Jesus was the best option available for Mikel Arteta. The Brazilian was a goalscorer at Manchester City, and last year he played a supporting role for Pep Guardiola. Limited gametime on the pitch forced him to move away from the Manchester club and join their English Premier League rivals. Now the player has established himself in Mikel Arteta’s team and is slowly becoming a fan favourite. Some of the stats of the player will hint at why the fans have started to love their new number nine. 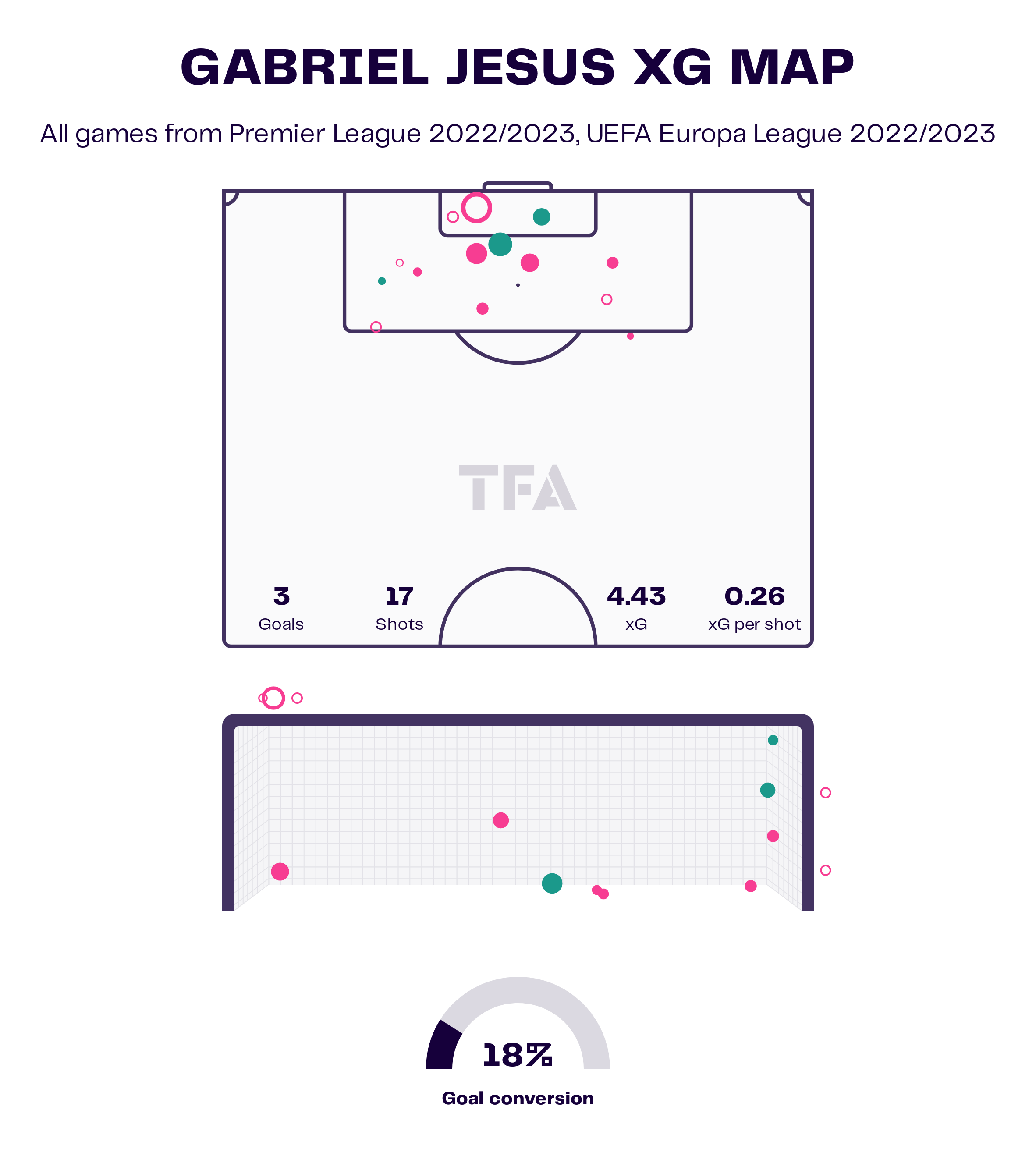 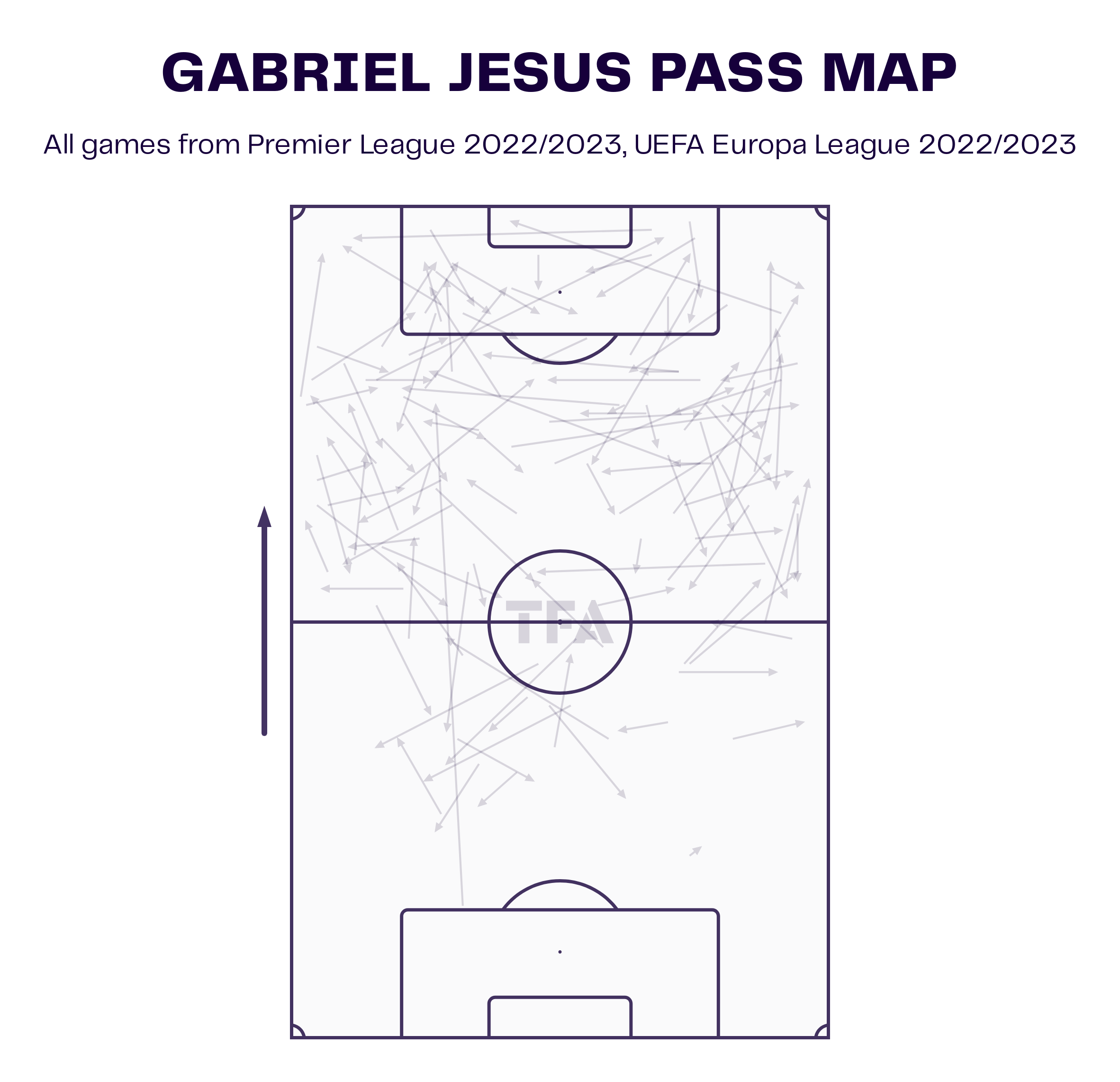 Gabriel Jesus has made a lot of improvements in his life. This season, the Brazilian already has three assists to his name. Jesus averages 25.14 passes per 90 minutes with an 83.4% passing accuracy rate. The above viz shows that Jesus has covered both flanks and is confident in playing the box inside the penalty box. He can also hold the ball and link play with the other forward players. This is a great positive for Mikel Arteta’s team. 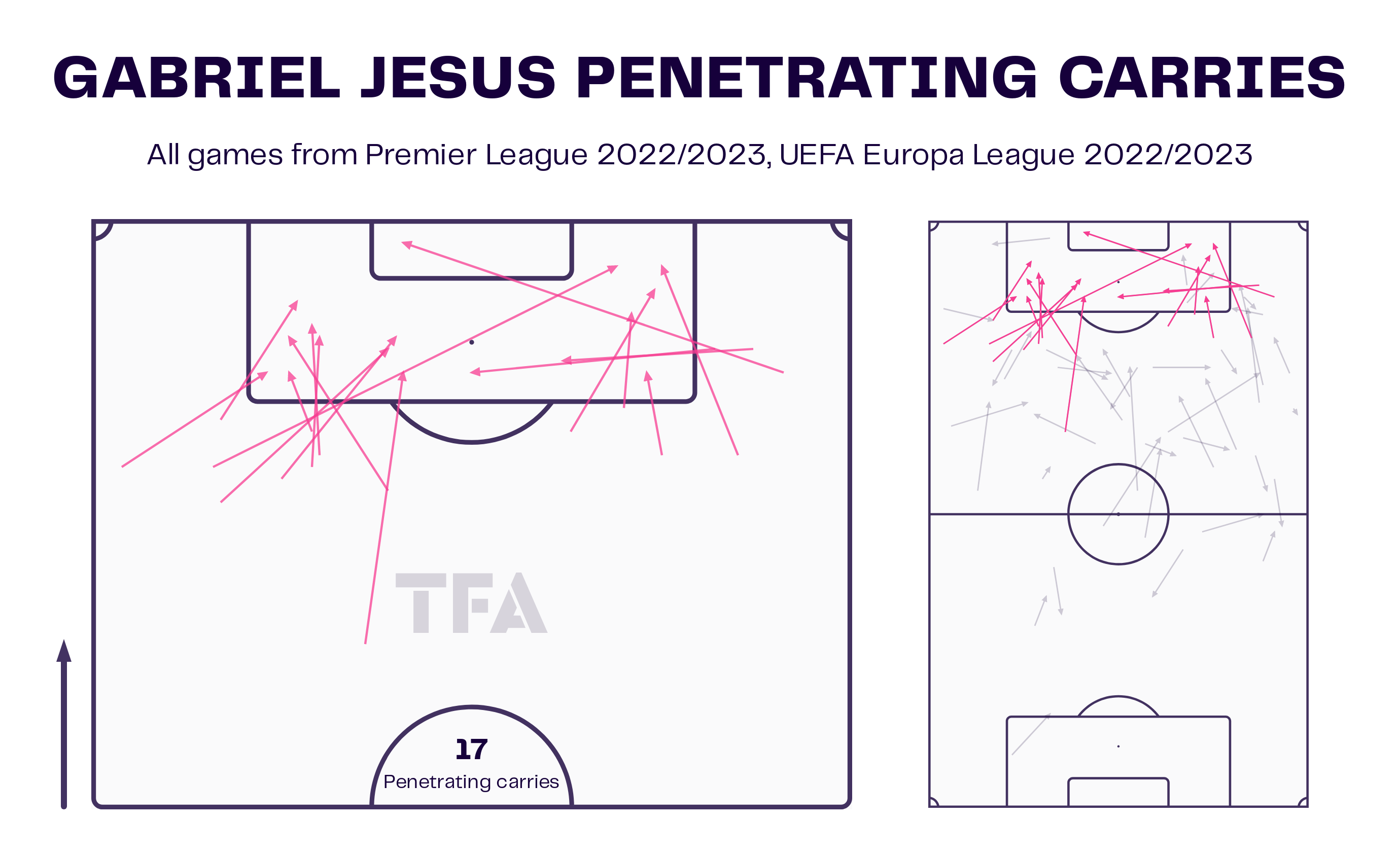 Another impressive thing about the striker is his ability to carry the ball into the opposition penalty area. The above viz shows that Gabriel Jesus makes runs from the wide sides. Most of the penetration carries came from the left side.

Gabriel Jesus has cemented his place in Arsenal’s playing 11 and is one of the main players on the team sheet. He can score goals and link plays. This makes him a complete striker. His skills and instincts play a crucial role in his success. Arsenal fans are delighted to see him on the pitch and he is slowly becoming a fan favourite. Jesus will look to add more goals and contributions to his tally and help Arsenal win trophies.