Arsenal had a poor start to the English Premier League season with three defeats in the first three games. The Gunners have turned around their fortunes since then and are now contesting for Champions League qualification. One player who missed the first three matches of the league was their Brazilian centre-back, Gabriel Magalhaes. He has been a regular part of the starting 11 since then and has formed a partnership with Ben White at the heart of the defense. The 24-year-old defender has been impressive and could become a future leader at the club. 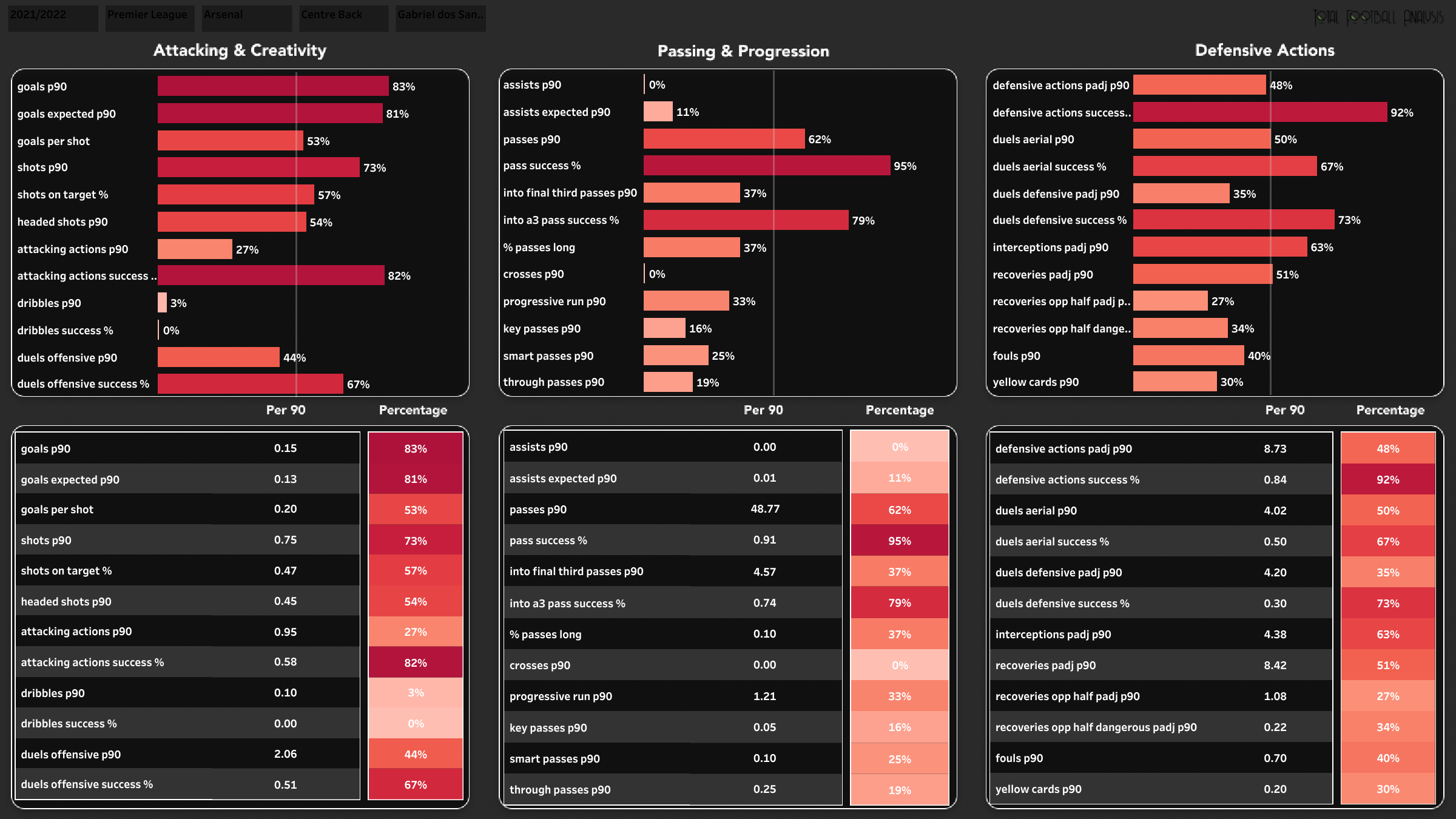 When looking at the above chart, the general rule is that the longer the bar, the better the performance — you can see the league average in the middle, and the % is the percentile rank the player is in. The above stats are in comparison to the other English Premier League defenders. Gabriel has scored three goals, and his most recent goal was a winner against Wolves in the last round. The player is one of the top goal-scoring defenders in the league and has a high percentile rank amongst other defenders. He has attempted 15 shots, with seven of them on target. When looking at the passing stats, we can observe that Gabriel has a high percentile rank for pass success rate along with passes into the attacking third. Defensively, he has a high success rate in defensive actions in the Premier League. 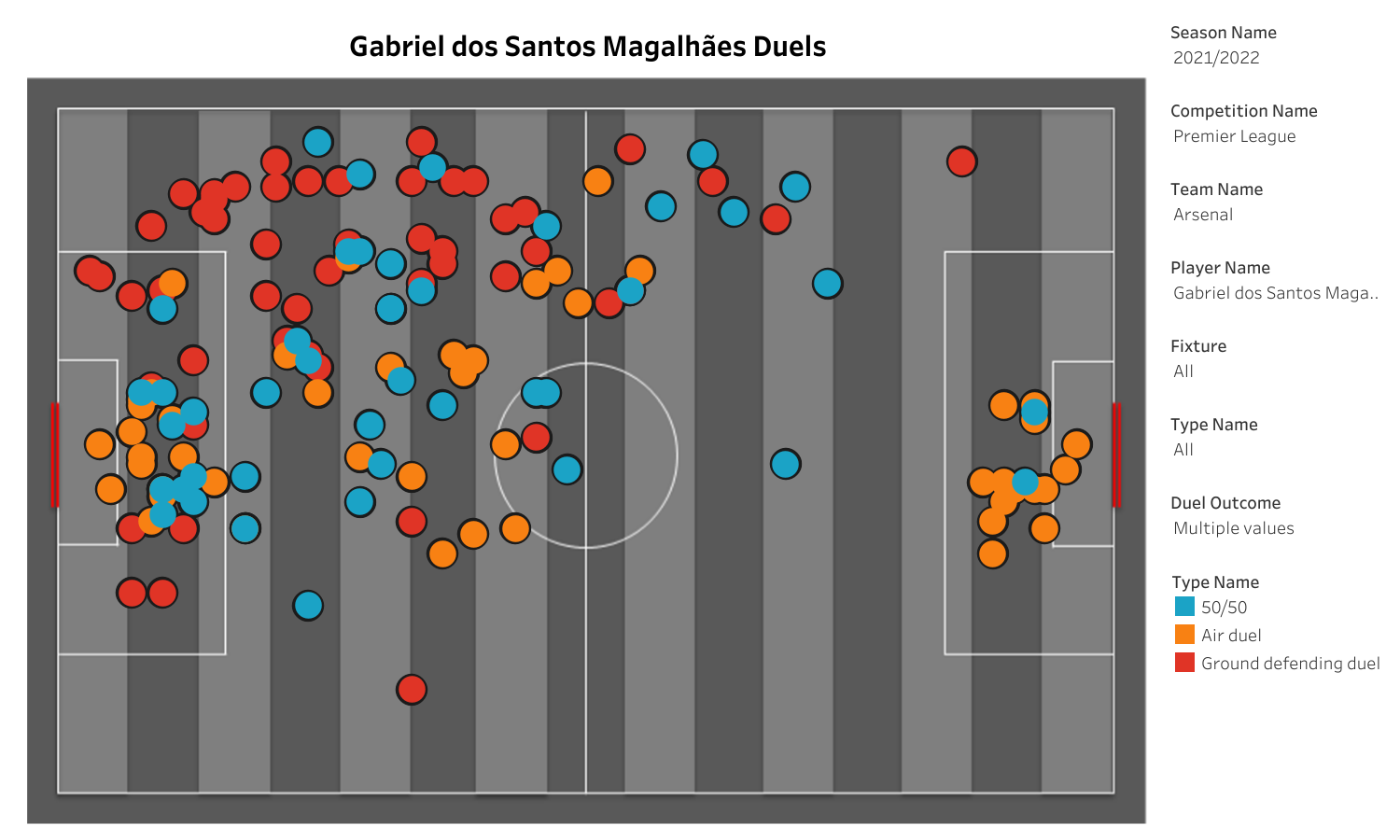 The above viz shows all the duels that have ended in a neutral result or in favor of the defender. Gabriel has won a lot of aerial duels inside the opposition’s penalty box and two of them inside the 6-yard box. Other than this, Gabriel has won most of the defensive duels towards the left side of the field. The defender has also contested a lot of aerial, loose ball, and defensive duels inside his penalty box.

The Brazilian has impressed in his second season with the Gunners. He is a part of a very young Arsenal defense and promises a lot for the future. Mikel Arteta’s men have kept 11 clean sheets, and Gabriel has made a lot of contributions towards achieving them. He could become a future leader at the club and form a great partnership with Ben White.