Kyle Walker-Peters is one of the top-rated young full-backs in the English Premier League. The 25-year-old came through Tottenham Hotspur’s ranks and made a permanent move to Southampton in 2020. Since then, he has been a regular part of the Saints squad and has impressed everyone with his versatility on the pitch. Arsenal are looking to add more names to their squad and finish in the UEFA Champions League spots. They have a lot of injury problems in the full-back position. Kieran Tierney has struggled to play regular football due to injuries. Takehiro Tomiyasu impressed at the start of his career at Arsenal, but injuries have also limited his game-time. Walker-Peters is a two-footed full-back and could offer a lot to the Gunners.

The 25-year-old full-back made 32 appearances for Southampton in the English Premier League, and this included 29 starts. He scored a goal and helped his teammates score two goals. The above viz shows the pass start location as well as the threat created from passes at different intervals. He averaged 34.3 passes per 90 minutes and had a passing accuracy rate of 82.14%. He featured more on the left side last season and has created more threats from that particular side. Walker-Peters was effective with passes attempted during the first half of the match. He created fewer threats in the second half. The player also made 3.6 progressive runs per 90 minutes and was one of the leading defenders for making progressive runs this season. Walker-Peters is an attacking full-back. When looking at the above chart, the general rule is that the longer the bar, the better the performance — you can see the league average in the middle, and the % is the percentile rank the player is in. The above viz shows the percentile rank in comparison to other defenders in the English Premier League. Walker-Peters averaged 8.38 attacking actions per 90 minutes with a 50.5% success rate. He penetrated the opposition’s penalty box quite often and averaged more than two touches per 90 minutes. The defender didn’t hesitate to contest offensive duels and had a high percentile rank for contesting duels among other defenders in the league. 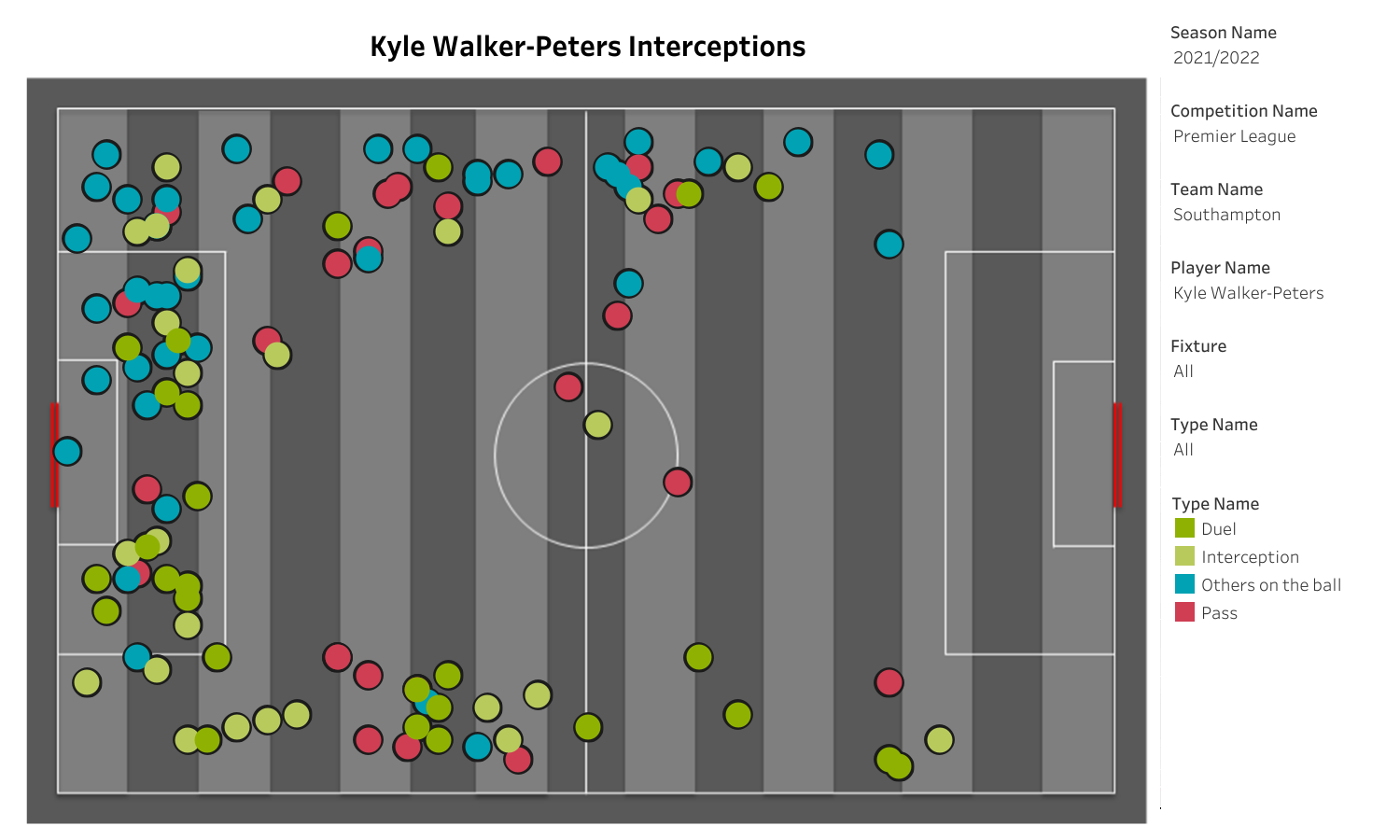 Walker-Peters also made some important defensive contributions and averaged 3.7 interceptions per 90 minutes. The player had to do a lot of defending inside the opposition’s penalty box and helped his side to clear the danger. However, he was involved in only 10.84 defensive actions per 90 minutes and was successful 75.65% of the time.

The full-back likes to attack and could be a good addition to Mikel Arteta’s squad. His full-backs remained injured towards the end of the season and the defensive line lost its shape. This hampered their performances, and they were forced to settle for fifth place. Arsenal will be assessing a lot of players this summer and will look to add new names to their team.

Under the microscope: Could Douglas Luiz become the solution to Arsenal’s...