Arsenal’s hunt for attacking players continues as they have once again focused their attention on Brighton & Hove Albion’s forward, Leandro Trossard. The Gunners initially tried to sign him in 2019, but the player rejected the move in search of more game-time. He has now adjusted to the pace of the English Premier League and has scored a few goals in the past few seasons. His performances in the English top division have earned him a place in the Belgium national side.

Trossard has been one of the most consistent performers in the English Premier League for Brighton & Hove Albion. He has scored goals and created chances for his teammates. The 27-year-old Belgian has made exactly 100 appearances in the EPL. He has scored 18 goals and has provided 11 assists to his teammates. Some of the stats from last season show how the player could become a part of Mikel Arteta’s plans. 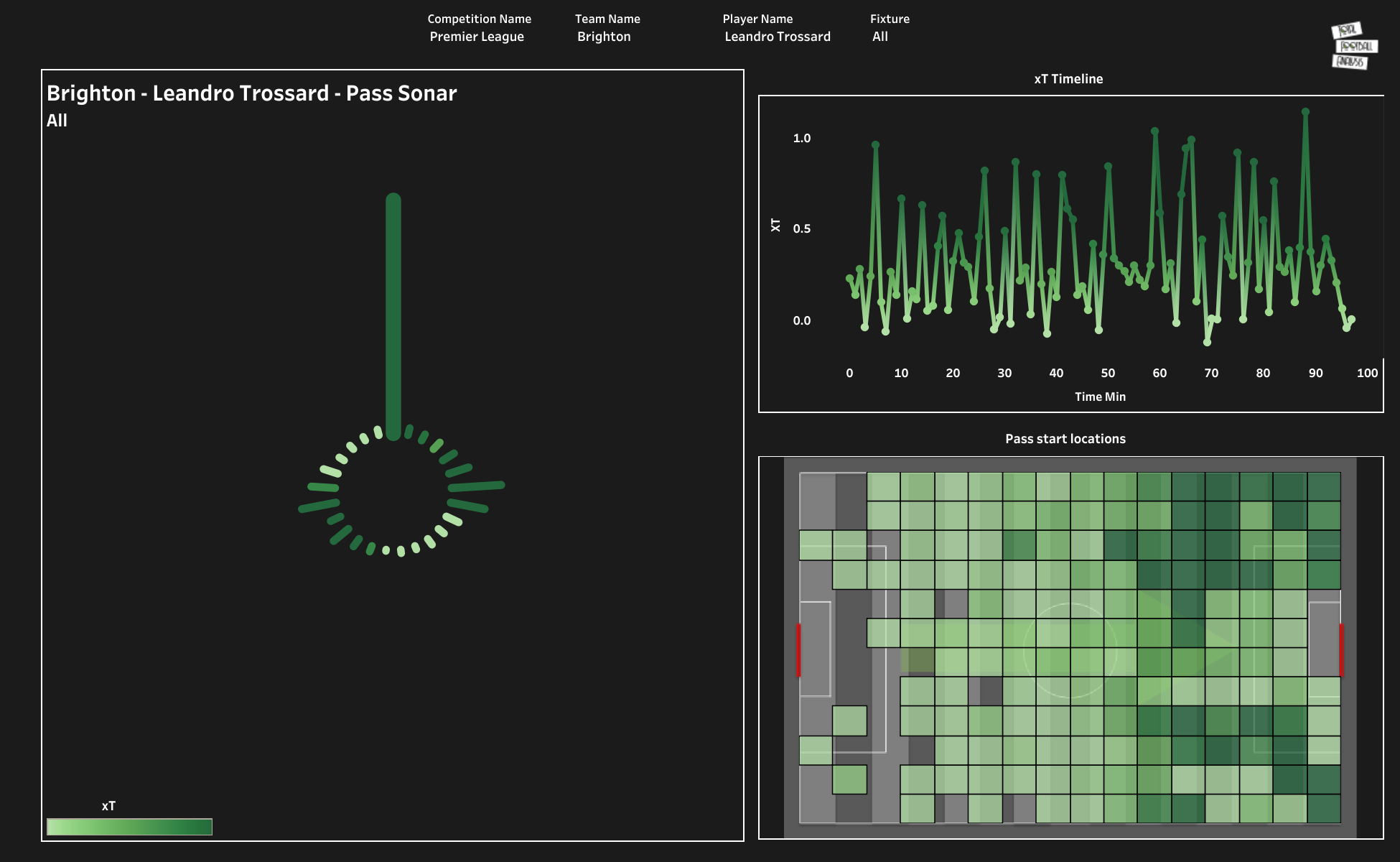 Trossard made 34 league appearances for the Seagulls last season. He scored eight goals and provided three assists in his most productive campaign in the English top division. The forward features on the left side but can play in any attacking position. He can feature on the right and play the number ten role. The above viz shows the pass start location and threat created from passes at different time intervals. We can observe that Trossard makes full use of the flanks and has attempted a lot of threat-creating passes from inside the final third of the opposition. The xT timeline shows that Trossard created constant threats at different time intervals.

The forward attempted 33.8 passes per 90 minutes with a 79.4% passing accuracy rate. These included 2.3 crosses and 1.07 smart passes per 90 minutes. Most of his passes were directed towards left-back Marc Cucurella, followed by fellow attackers, Alexis Mac Allister and Neal Maupay. Trossard has shown variety in his passing and could prove to be handy for the Gunners. 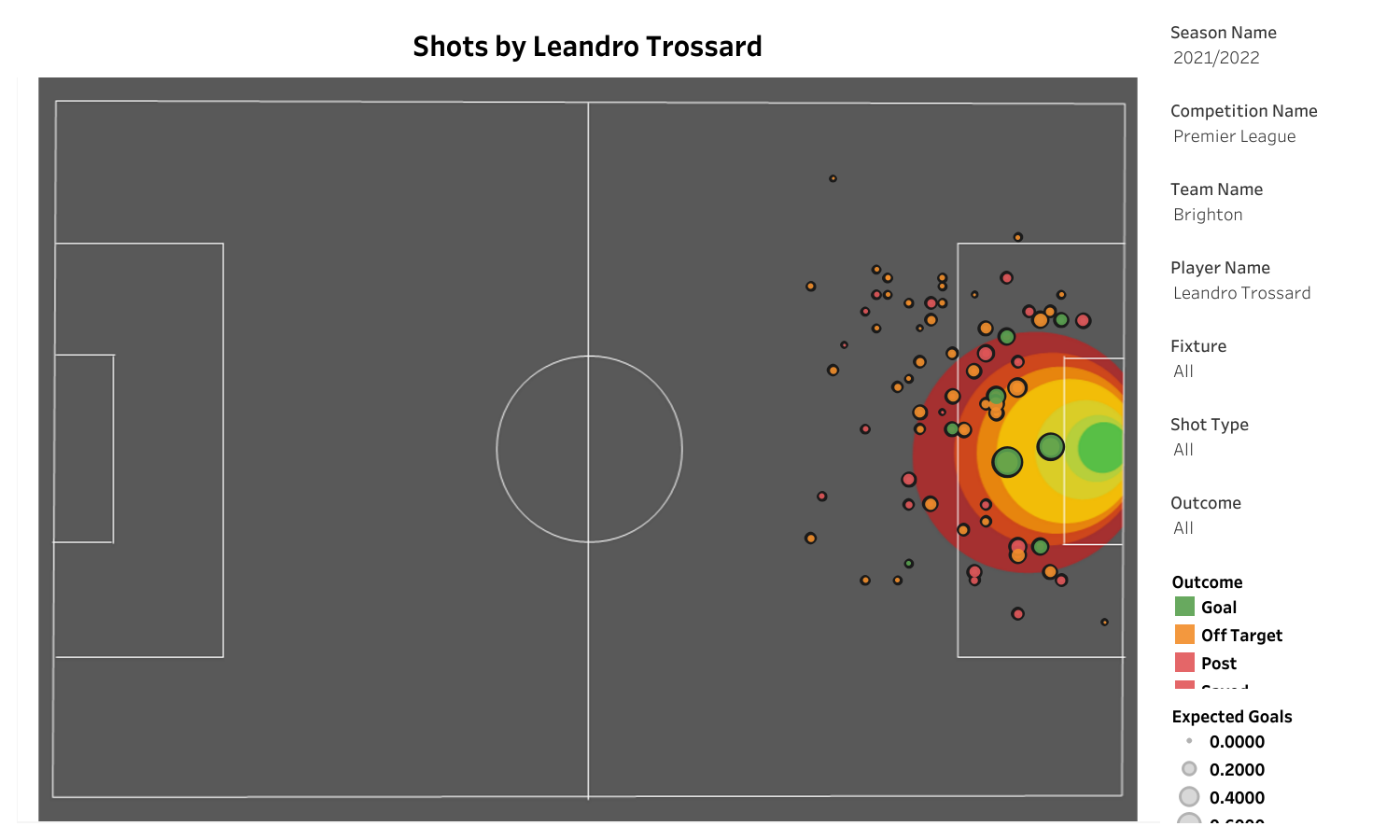 Trossard had a high level of involvement in attacking actions. The forward was involved in 9.5 attacking actions and had a 48.75% success rate. The above viz shows all the shots that Trossard attempted. He averaged 2.11 shots per 90 minutes with a high accuracy rate of 38%. The player attempted shots from the inside as well as from outside the box. He also averaged more than four touches inside the opposition’s penalty box per 90 minutes. This makes him a threat to the opposition’s goal.

Arsenal were initially after Raphinha, who joined Barcelona in the summer. The Gunners have been looking for players since then but have failed to set their minds on any of them. Now, they have once again focused their attention on their former target, and Trossard could be on the move away in the summer.