English Premier League side Arsenal are interested in buying Manchester United forward Marcus Rashford in the summer. With Alexandre Lacazette and Eddie Nketiah out of contract in the summer, the Gunners are targeting forward players from other clubs. Marcus Rashford is not getting enough game time, and this is being noticed by the other clubs. The Gunners are also looking to rebuild their squad and challenge for trophies next season. Marcus Rashford has a lot of potential going forward, and here are some stats that show how the forward could be beneficial to Mikel Arteta. 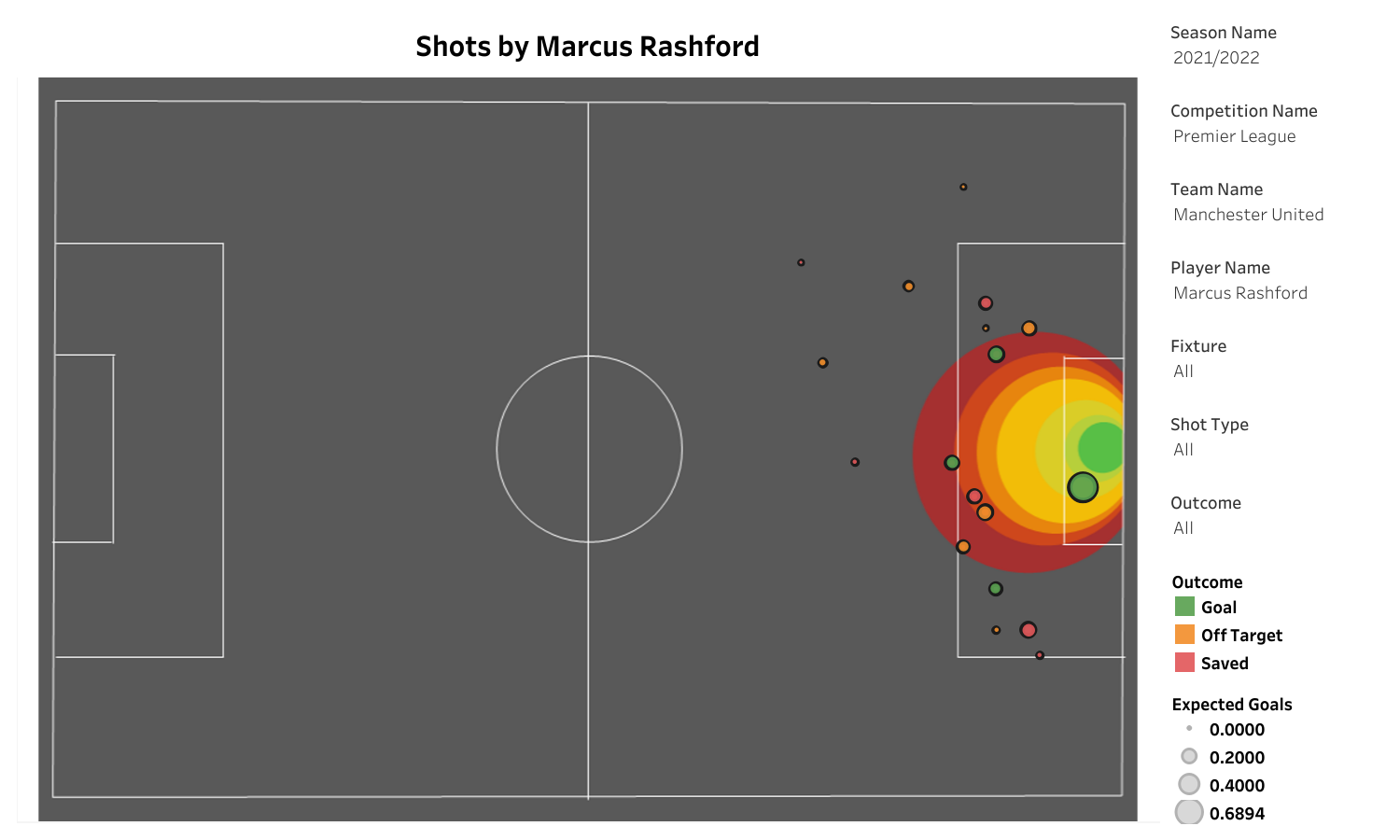 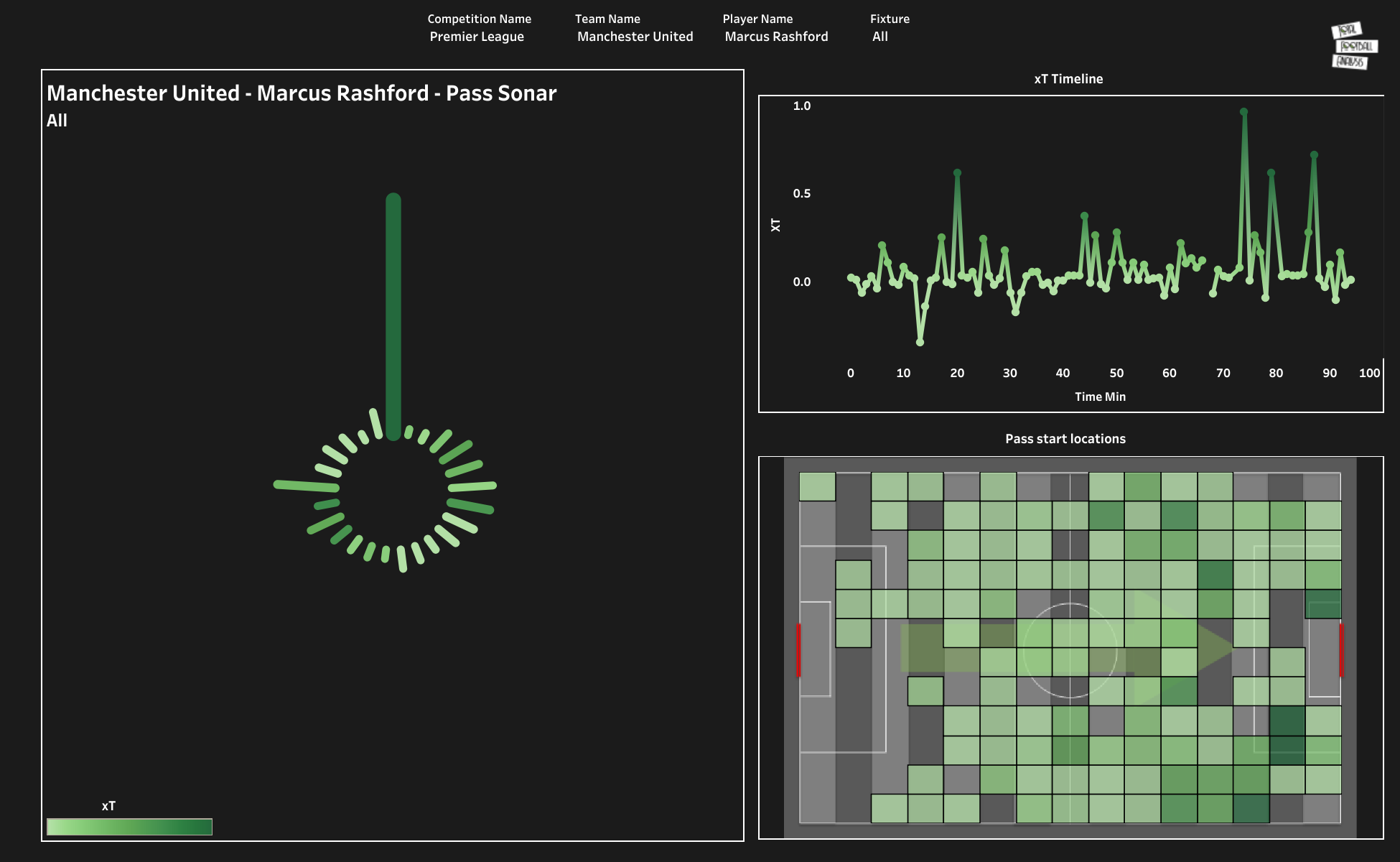 Marcus Rashford has attempted 318 passes this season, and the above viz shows the pass start location of the forward. The 24-year-old forward has featured from the left as well as from the right side of the field. However, the greatest threat from passes is created whenever he features on the right. The 318 passes of the forward include 33 crosses, 12 smart passes, and nine through passes. Rashford has attempted the highest number of passes towards Bruno Fernandes. The forward has provided an assist each to Cristiano Ronaldo and Jadon Sancho.

The England international has also shown some skills on the ball and has attempted 66 dribbles so far this season. He has also contributed to the defensive side by making 27 recoveries and intercepting the ball 15 times.

Marcus Rashford scored a brace and provided an assist against Arsenal in his English Premier League debut. Now he is on the transfer list of the Gunners. The youngster has risen through the youth ranks at Manchester United and a lack of game time could end his time at Old Trafford. Arsenal will closely monitor the situation of Rashford and could go for the youngster at a heavy price.