Mikel Arteta made a big move when he chose Martin Ødegaard to lead his young Arsenal side this season. The attacking midfielder joined Arsenal on a permanent deal last season. He became a crucial part of Arteta’s plan and has regularly featured in the number ten role. At the age of 16, Ødegaard came to the limelight when he was signed by Real Madrid. He failed to make his mark at the Spanish club and was sent on a few loan spells before joining Arsenal. Now, he is their captain and has led the team to an unbeaten start in the English Premier League 2022/23 season. He has stepped up as a team captain and helped his side earn points. Some of the stats from this season show how the attacking midfielder has performed for the Gunners. 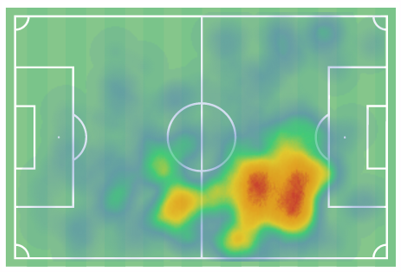 Ødegaard starts as a number ten, but he plays a different role in the team. The above viz shows the average position of the players, and we can notice that he has played on the right side. Arteta is following the same tactics as last season. The 23-year-old drifts to the right and allows Saka to make forward runs. He supports him from the back and always remains as an option to pass the ball to the attacking players. 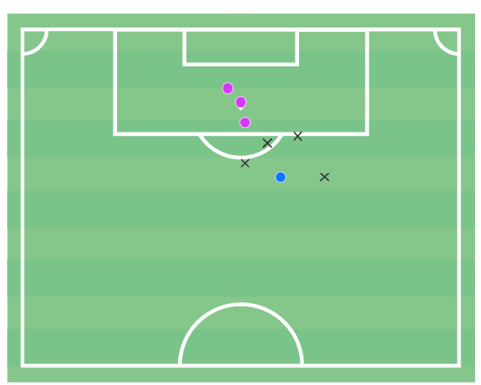 In the first four matches,Ødegaard has spent 367 minutes on the pitch. The Arsenal captain has netted three goals, including a brace against Bournemouth. These three goals have played a crucial role in Arsenal’s 100% start to the season. The 23-year-old has attempted eight shots with a 50% accuracy rate. He has scored all three goals from inside the penalty box with an overall xG rate of 1.11. The player has also taken ten touches inside the penalty box. He is not a regular goalscorer but can produce a moment of magic in any game. 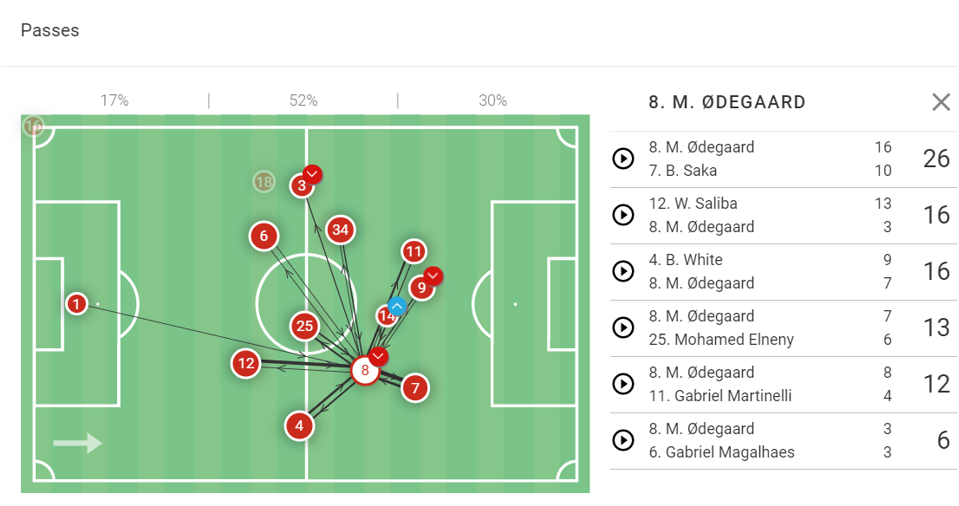 When it comes to passing, Ødegaard becomes the link between the midfield and the attack. He plays deeper than the three forward players and distributes the ball towards them. The above viz shows how he can link plays with the other players. Ødegaard averages 47.33 passes with an accuracy rate of 82.9%. These include 6.62 passes to the final third and 4.17 passes to penalty box, with an accuracy rate of 77.8% and 70.6%, respectively. This shows that Ødegaard is very creative and can also provide an assist. However, he is yet to set up a goal for his teammates this season. 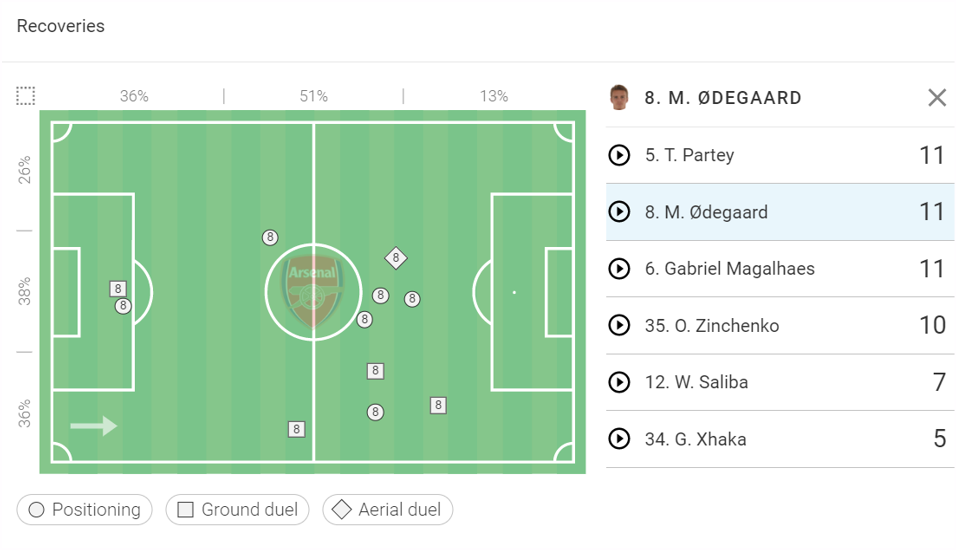 Ødegaard has made a few defensive duties. He has contested 73 duels with a 49.3% win rate. Other than this, the player has made 11 interceptions and 29 recoveries, with 17 of these coming inside the opposition’s half. The above viz shows all the 11 recoveries against Bournemouth. Ødegaard made most of the recoveries by clever positioning, and seven were made inside the opposition’s half. This shows that the player can win the ball in crucial areas and continue the flow of Arsenal’s attack.

Arsenal’s Martin Ødegaard is starting to lead from the front. He has performed his duties well and has started to contribute to the goal tally. The added responsibilities have made him mature in decision-making, and he will be aiming to win silverware in his first season as a captain. The season is long and Mikel Arteta would expect his captain to remain focused on the task.