English Premier League side Arsenal have identified Barcelona and Dutch international midfielder Frenkie de Jong as one of their top targets in the transfer window. The former Ajax player has spoken in the past about his desire to join Arsenal, and this has given some hope to the North London club.

Frenkie de Jong has been a regular starter for the Spanish club since his move in 2019. The midfielder is well known for his box-to-box runs and play in the middle of the pitch. De Jong started in all six games for Barcelona in the UEFA Champions League 2021-22 season. 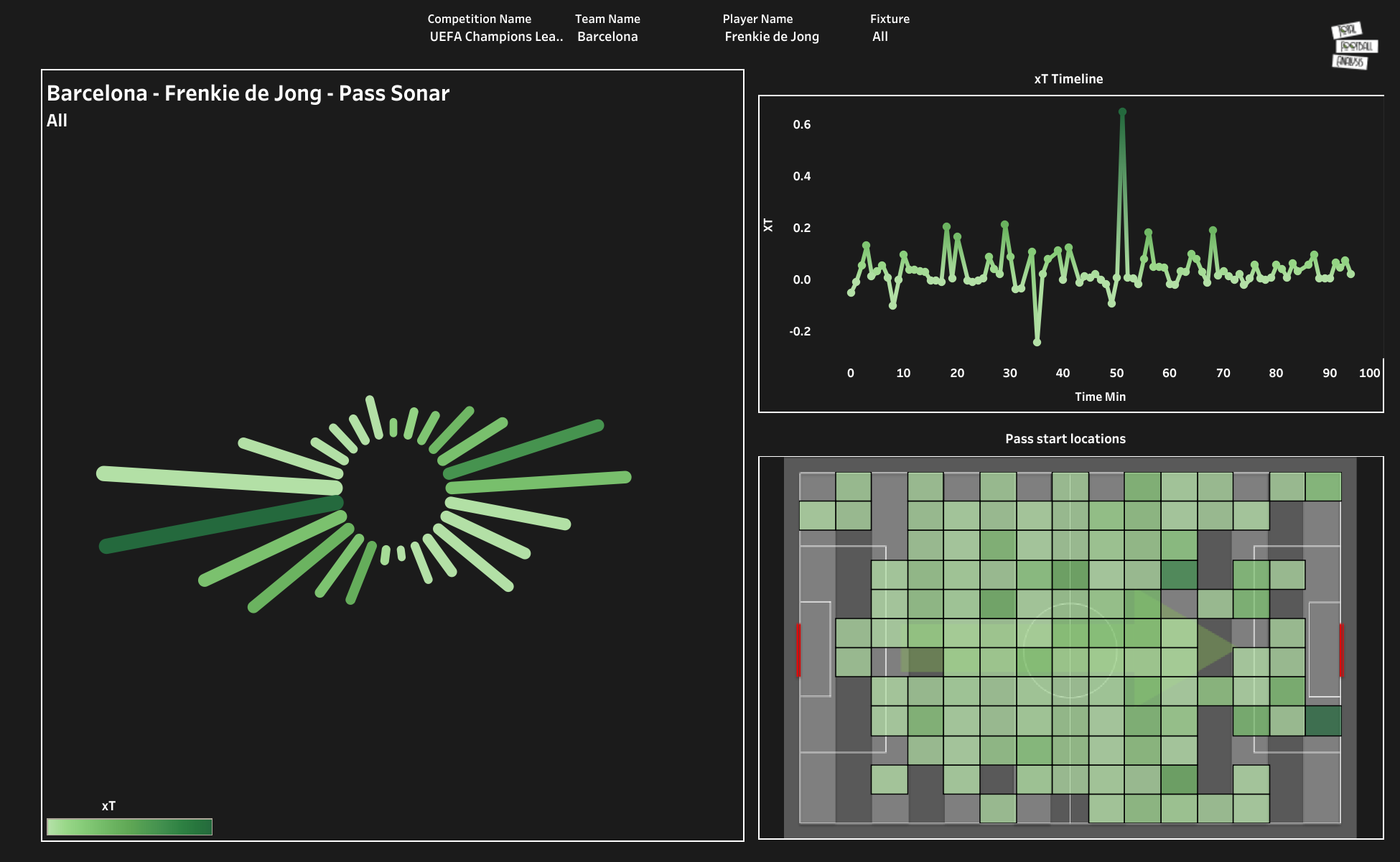 The player has featured in the midfield three for the Spanish club. De Jong has attempted 326 passes, and the pass starts location of the player hints that he has covered every area of the field. The midfielder has also attempted some of the passes from inside the opposition’s penalty box. He was unable to create many threats in all six appearances. His passes include four crosses, two smart passes, and two through passes.

Frenkie de Jong has attempted the most number of passes towards Sergio Busquets. Busquets plays in the defensive midfield role, and the passes towards him did not create any threats. The highest threat was created from passes towards Memphis Depay. 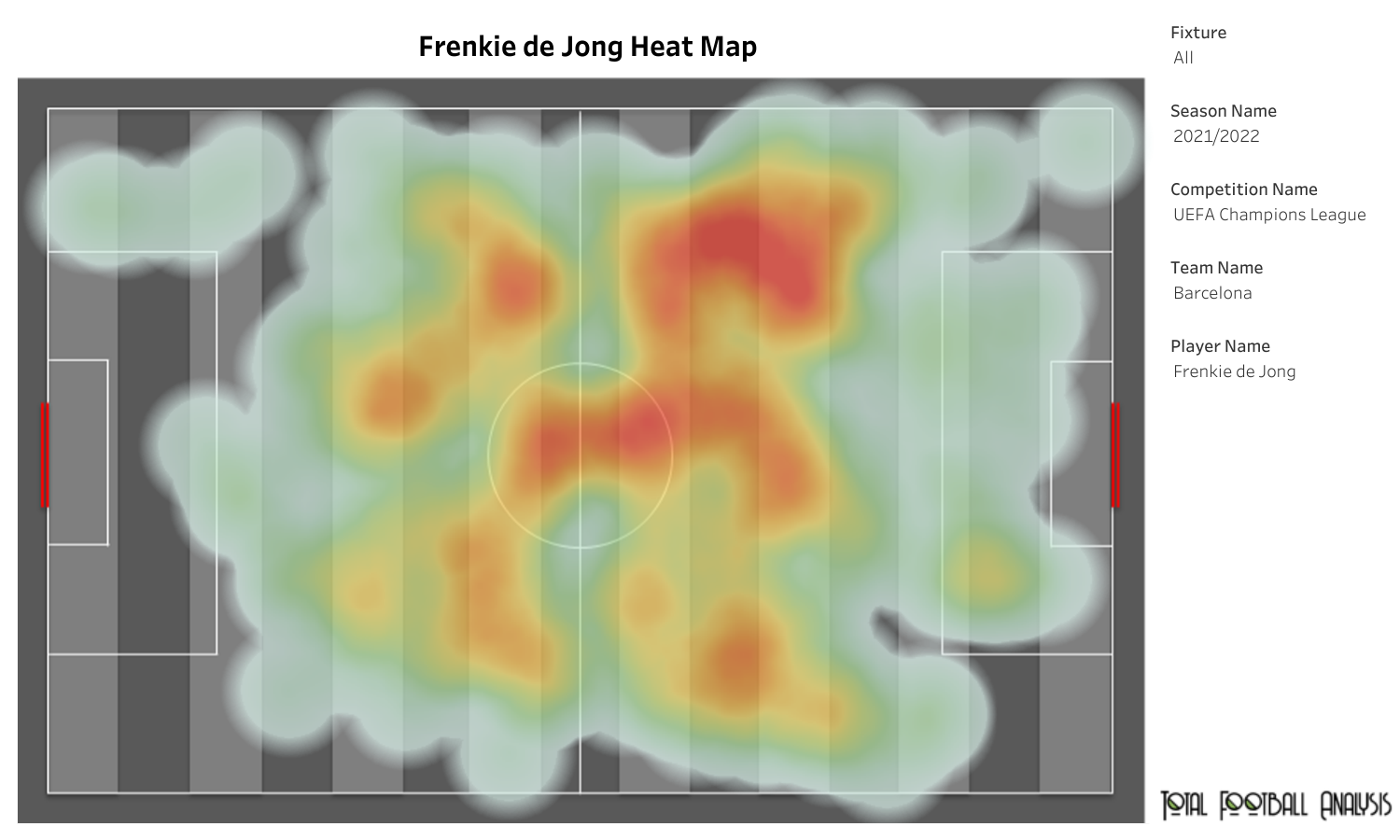 The heatmap of the player shows that he has covered every part of the midfield. De Jong has frequently started from the left side of the midfield three. In the recent games, Xavi has also given him the defensive midfielder role. The Dutch international tries to get inside the box and create a threat on the opposition goal. This heatmap shows that de Jong has made a lot of box-to-box runs. He has taken 18 touches inside the opposition penalty area. 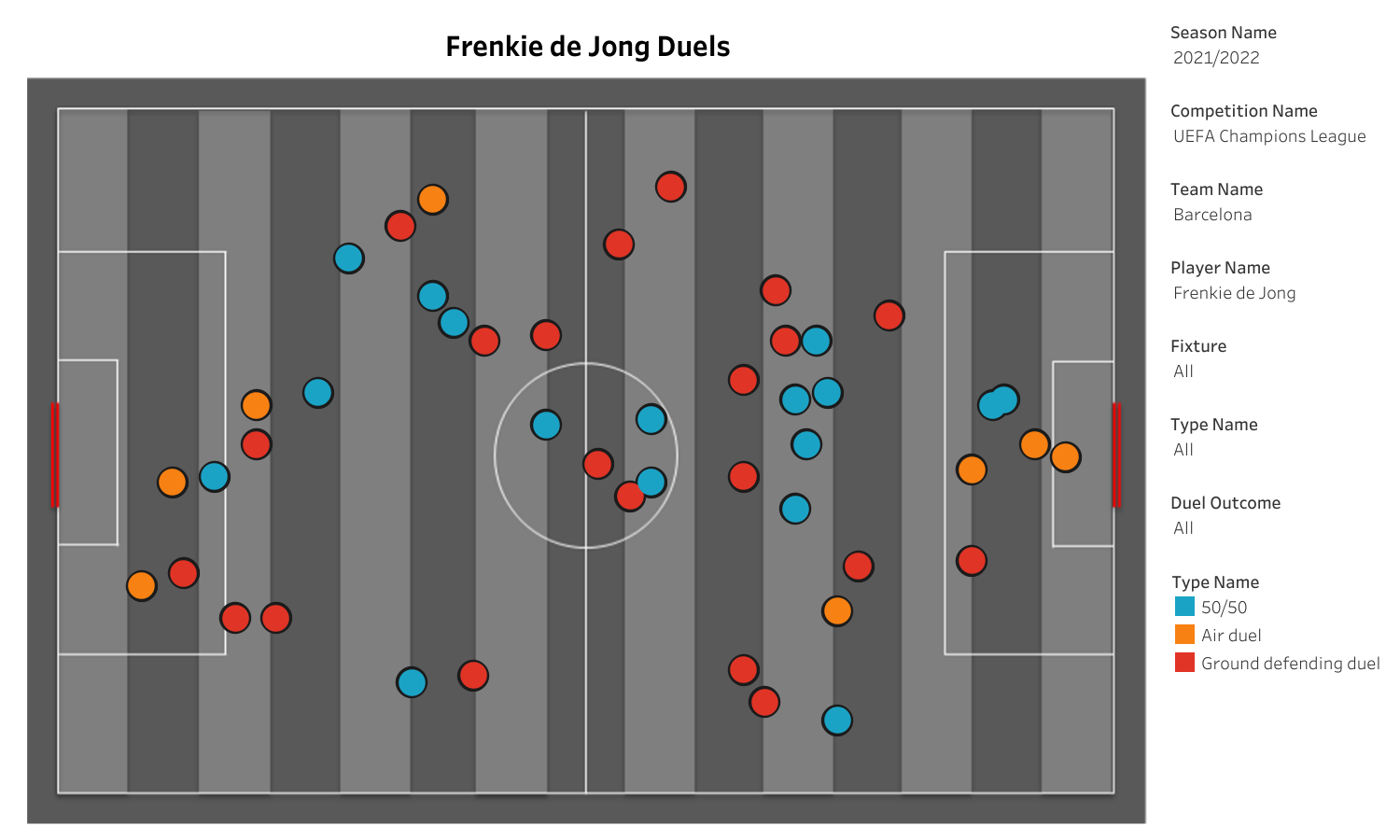 Barcelona’s current financial situation is forcing them to sell players to other clubs, and Arsenal will look to take advantage of this. De Jong’s box-to-box ability and passing ability could prove to be crucial for the Gunners.

Gabriel Martinelli is overwhelmed by the fans’ response