Arsenal signed Ben White from Brighton & Hove Albion for a record fee of £50 million. He became the most expensive defender in the Gunners’ history. The 24-year-old English defender took some time to settle into Mikel Arteta’s squad but soon cemented his place in the back four, alongside Gabriel. In his first season in North London, Ben White helped Arsenal to a fifth-place finish in the league table. Here are some of the stats that will show how the defender performed in his first season at Arsenal. 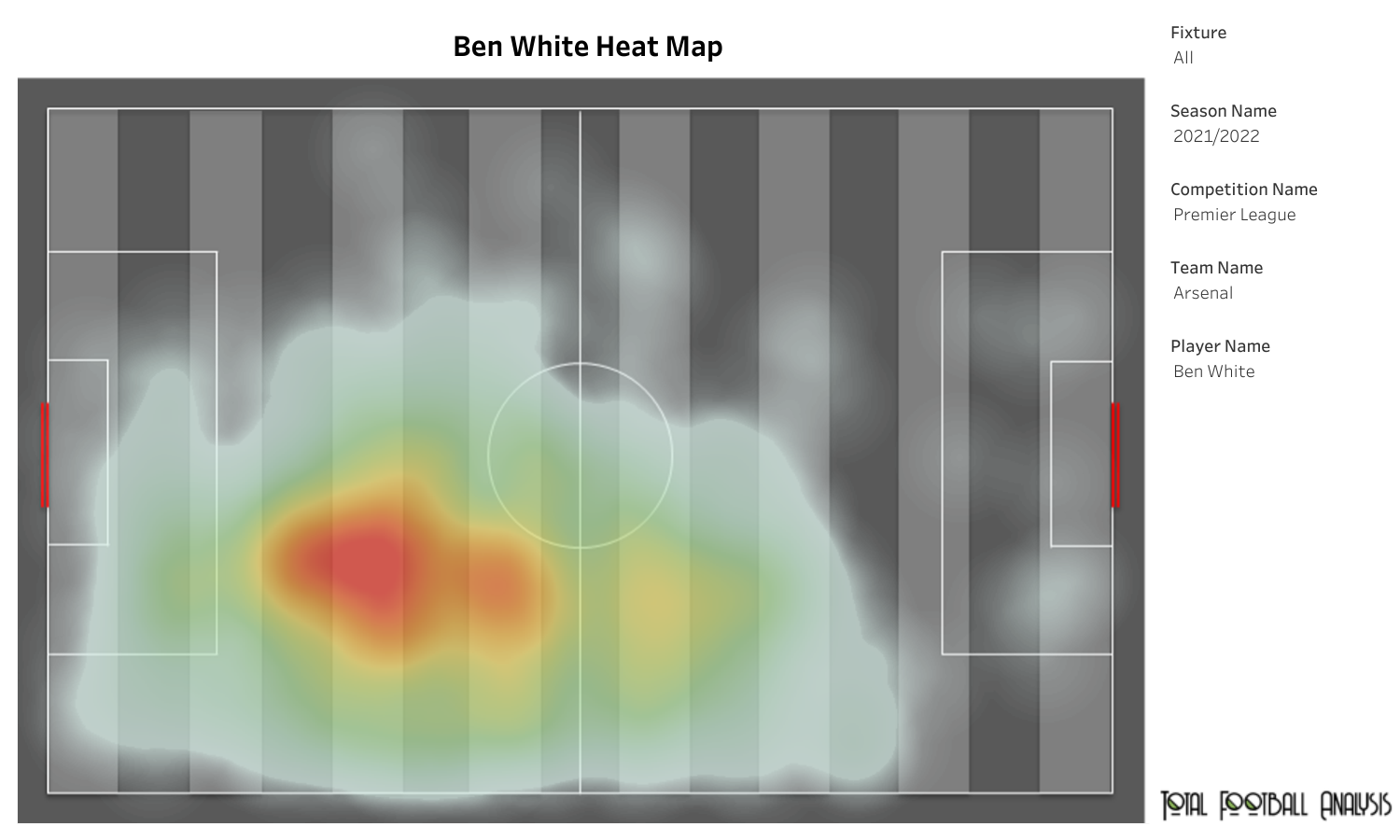 The centre-back made 32 league appearances for the Gunners. He is yet to score a goal for his new club. The above heat map shows that Ben White featured as a right centre-back for his side. Both Arsenal centre-backs were left-footed, and White was suited more towards the right side. He didn’t play a high defensive line, and his average position was inside the middle third. 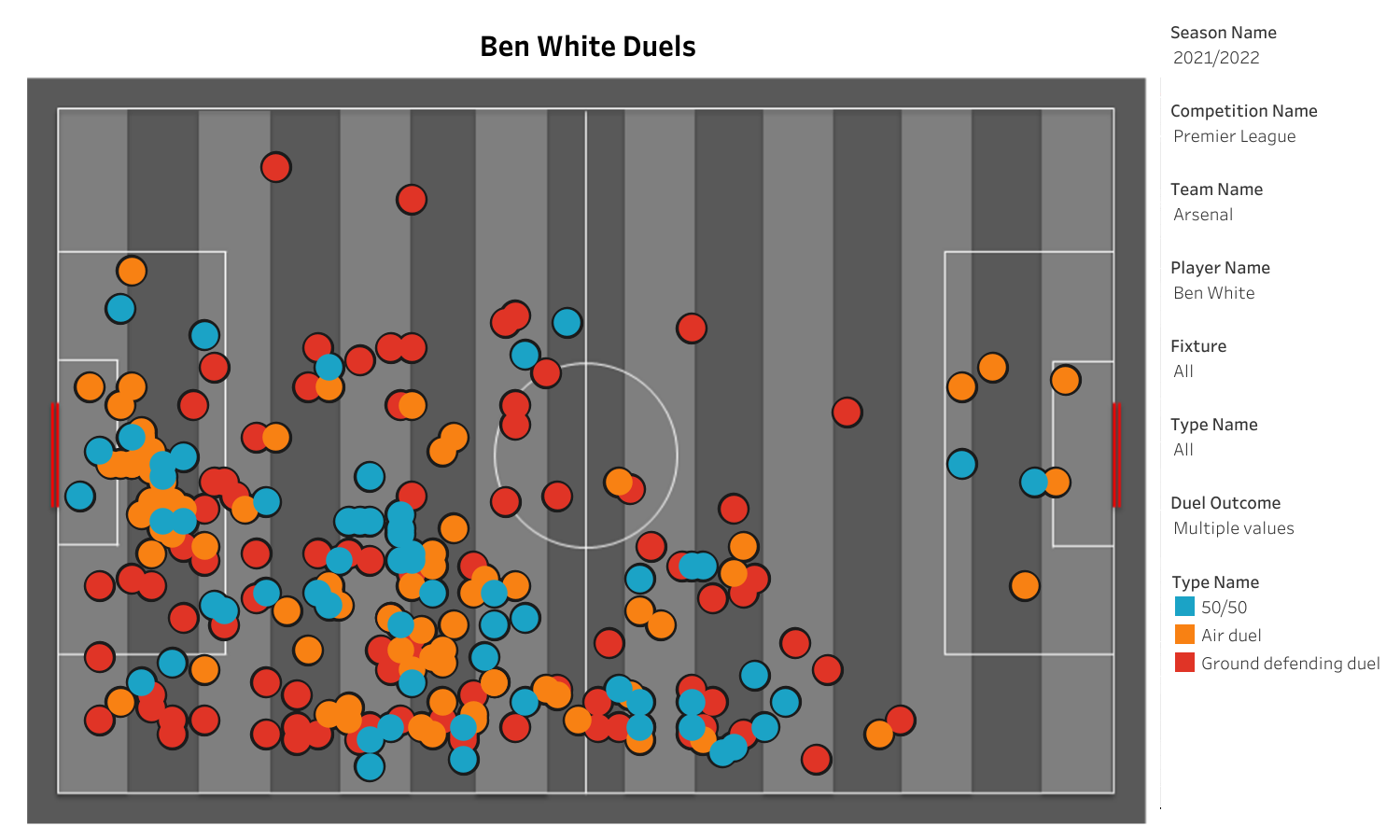 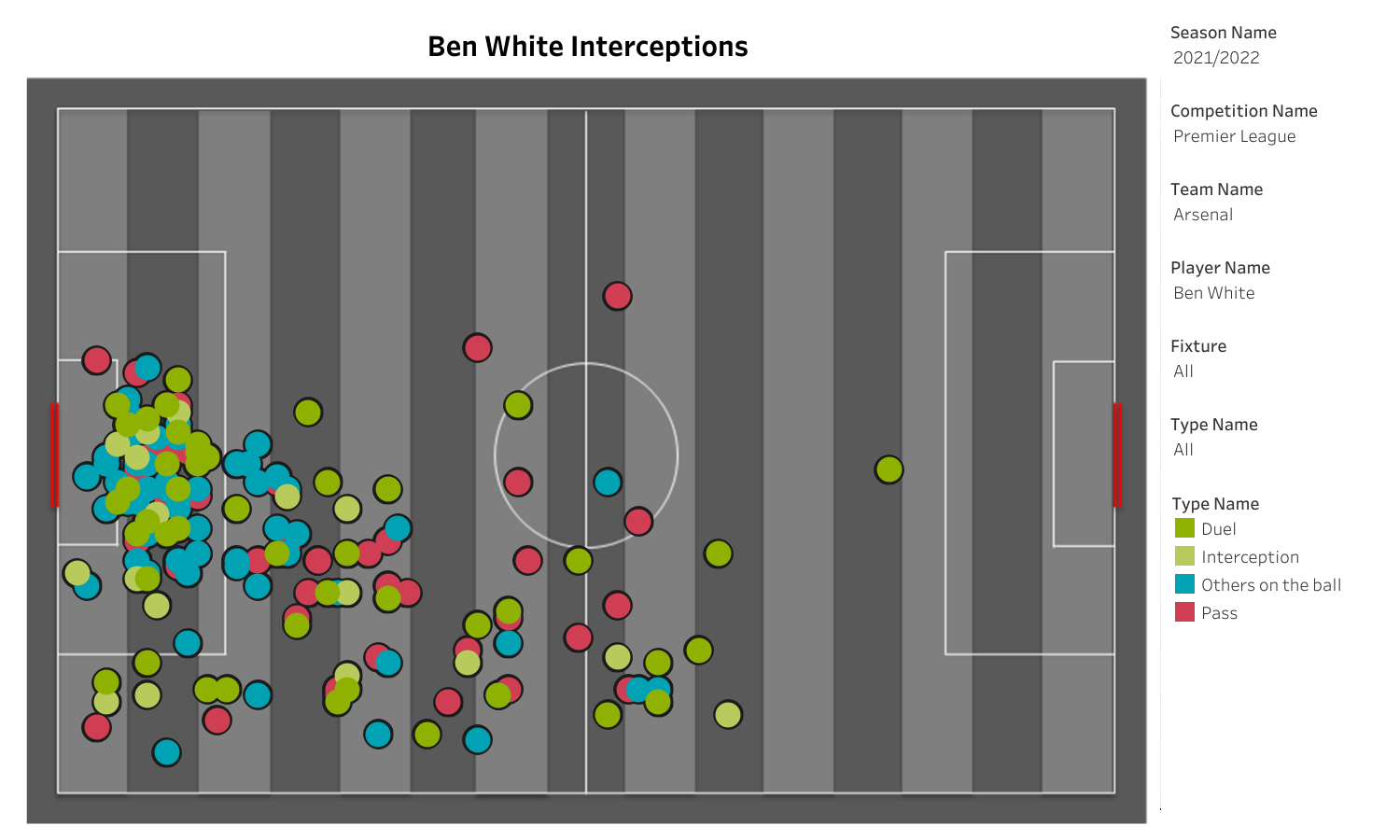 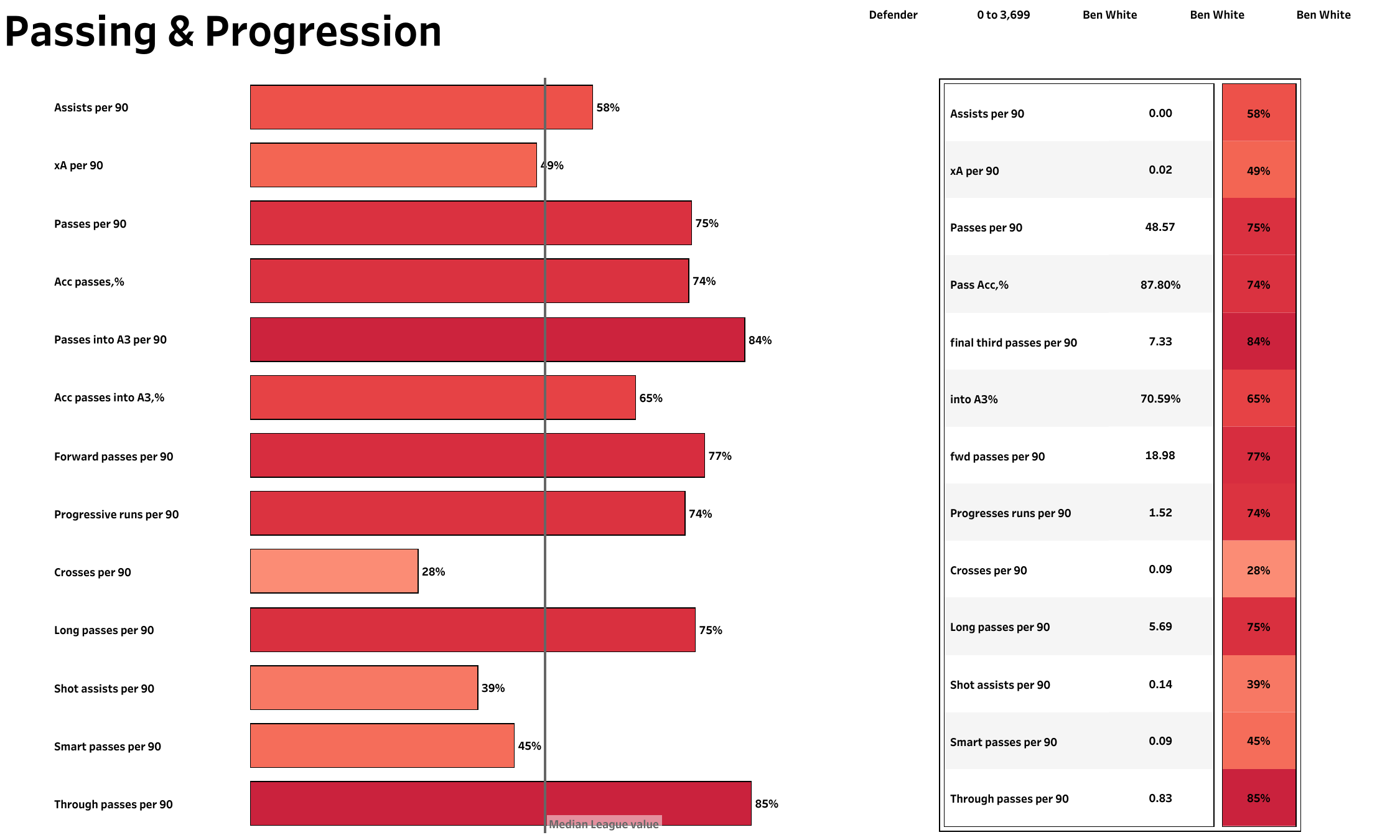 When looking at the above chart, the general rule is that the longer the bar, the better the performance — you can see the league average in the middle, and the % is the percentile rank the player is in. The above viz shows the passes attempted by White in comparison to the other defenders in the league. White attempted 48.5 passes per 90 minutes with a high passing accuracy rate of 87.8%. These included around 19 forward passes per 90 minutes.

Ben White had a decent first season at North London. The player showed his aerial strength and made decent recoveries. He will be a regular starter for Arsenal next season and will look to improve his performance.