Marquinhos joined Arsenal from Brazilian side Sao Paulo in the summer. The 19-year-old was a U-16 and U-17 international player for his country. He made his professional debut for the Brazilian club in July 2021. Marquinhos caught the eye of many clubs, including Arsenal, and came to the English Premier League. Mikel Arteta was patient with the player and gave him his Arsenal debut in the UEFA Europa League. Marquinhos hasn’t represented Arsenal in the domestic league and straightaway got his chance in the European competition. The winger impressed everyone in his debut match with a man-of-the-match performance and helped his side to earn three points. We now look at some of the stats from Marquinhos’ debut match. 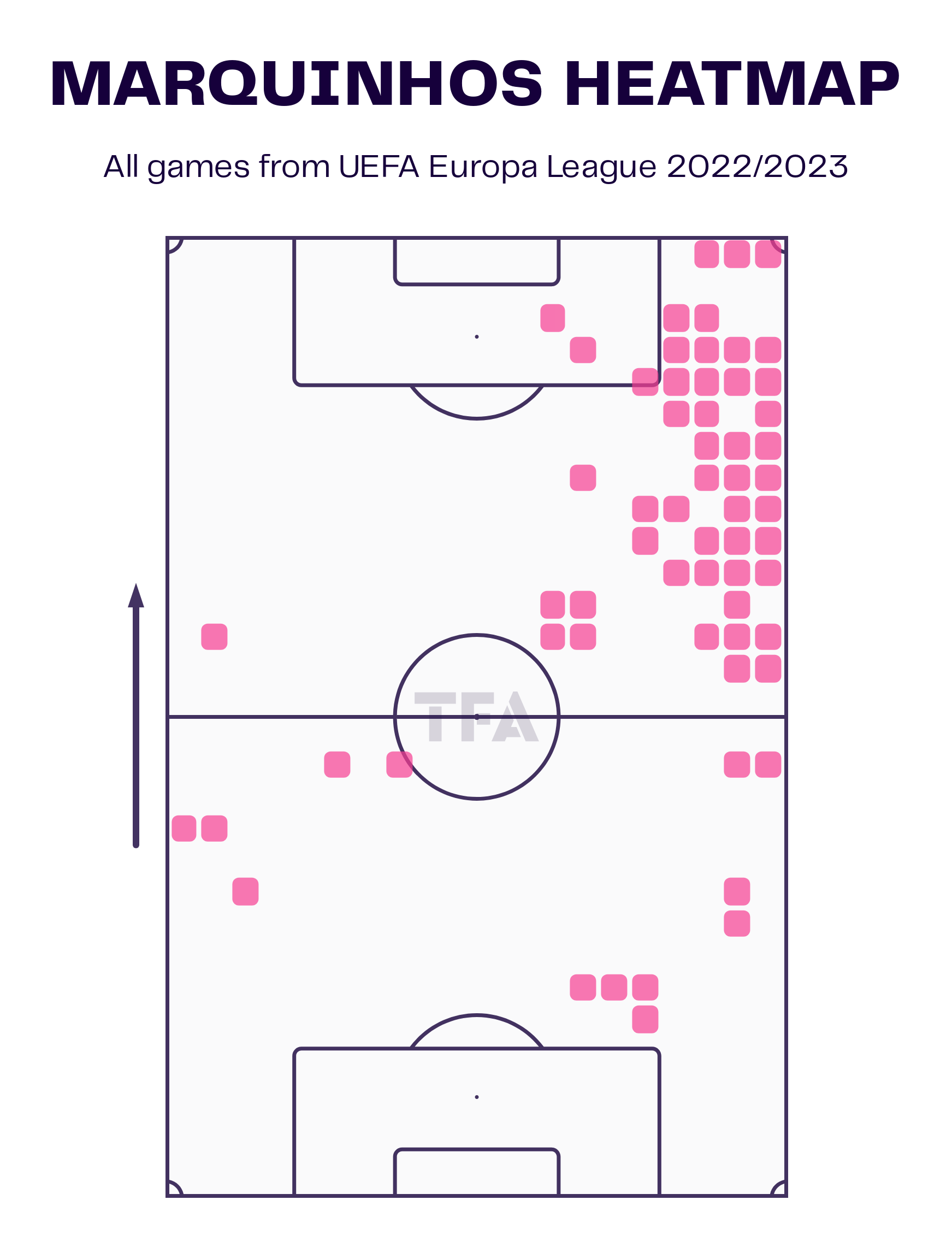 Marquinhos played 69 minutes in his debut match for Arsenal. He is a right winger who has a strong left foot. The winger was involved in 62 actions, with a 64.5% success rate. The above heatmap shows that Marquinhos stretched the defence and covered a lot of areas on his side. He took three touches inside the opposition penalty box and attempted two shots. His only shot on target resulted in a goal, and he ended with an xG rate of 0.29. 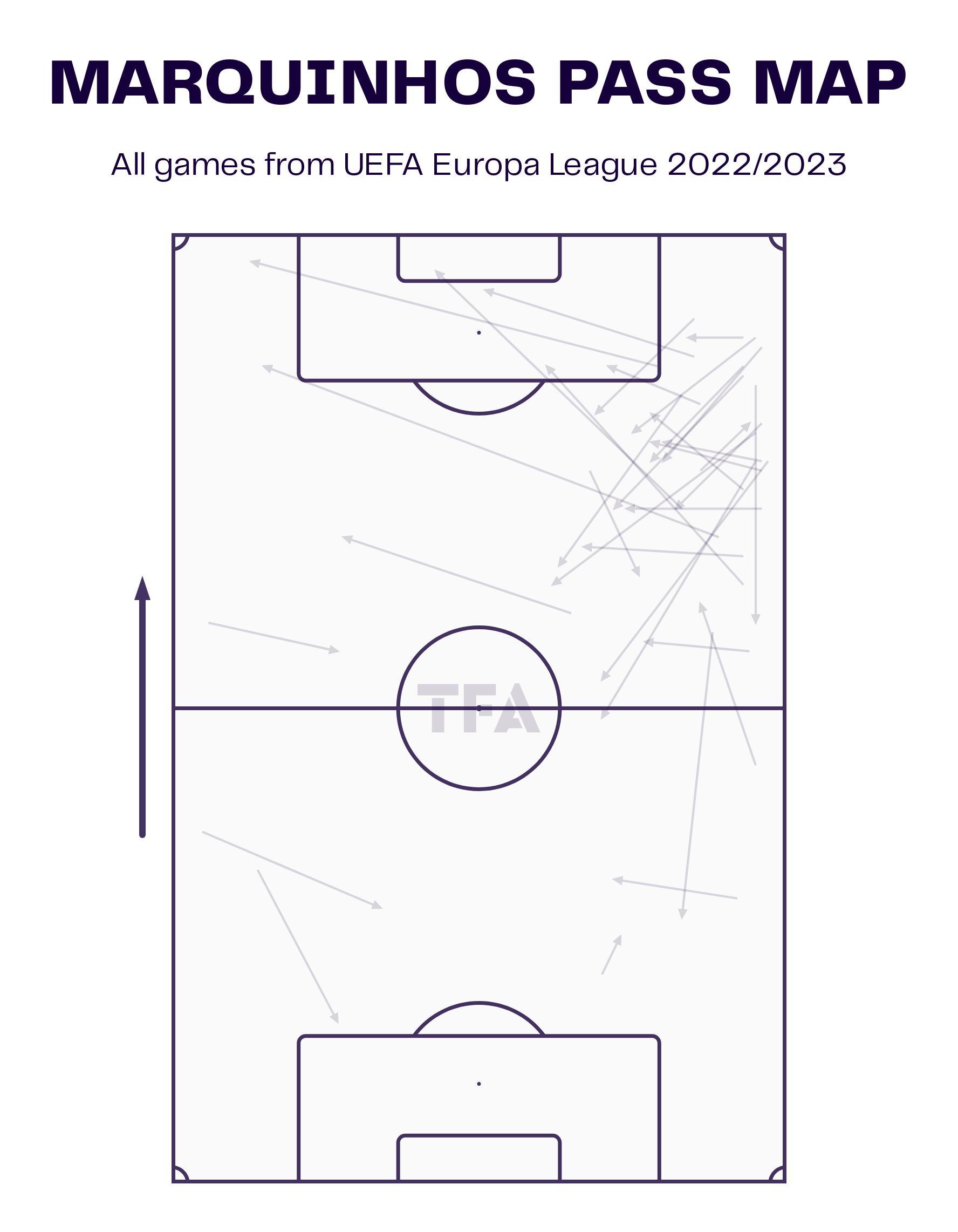 Marquinhos also gave an assist in the match and that helped his side score the winning goal. The Brazilian attempted 39 passes, with a 37.2% accuracy rate. The above viz shows the pass map of the player, and we can observe that most of the passes were safely played backwards. He tried four crosses and successfully found teammates three times from these crosses. Marquinhos was very patient with his passing and had a high accuracy of passes inside the final third. The winger sent five passes into the penalty box and was successful four times. This shows that Marquinhos doesn’t lose the ball unnecessarily and is good with his decision-making. 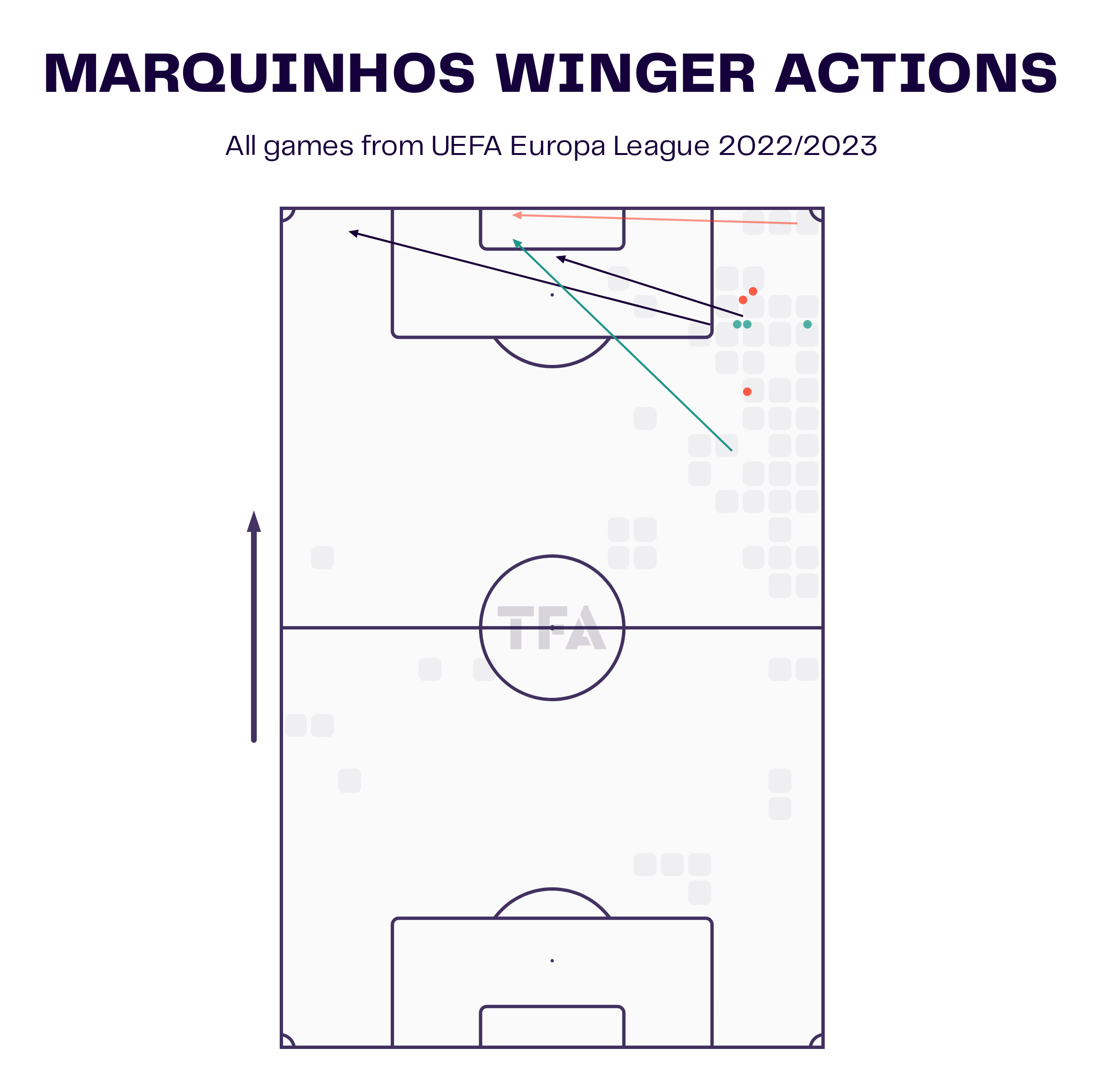 Marquinhos had a decent start to his Arsenal’s career. He will be eyeing for gametime in the English Premier League. Arsenal fans will be happy to get a replacement for Nicolas Pepe.

Under the microscope: Alexandre Lacazette, Eddie Nketiah, and Gabriel Martinelli –...