Pau Torres is one of the most wanted defenders in this transfer window. He assisted Villareal in reaching the UEFA Champions League semi-finals and has established himself as a regular in the Spanish national team. He is being linked to top clubs, especially in the English Premier League and Serie A. One of the teams that have shown an interest in the 25-year-old is Arsenal. The Gunners might need a centre-back following the transfer rumours surrounding their defender, Gabriel Magalhães. He is wanted by Italian clubs, especially Juventus. Torres might play for a new club in the summer. His stats were impressive last season, and Villareal will look to cash in on the defender with two years remaining in his contract. 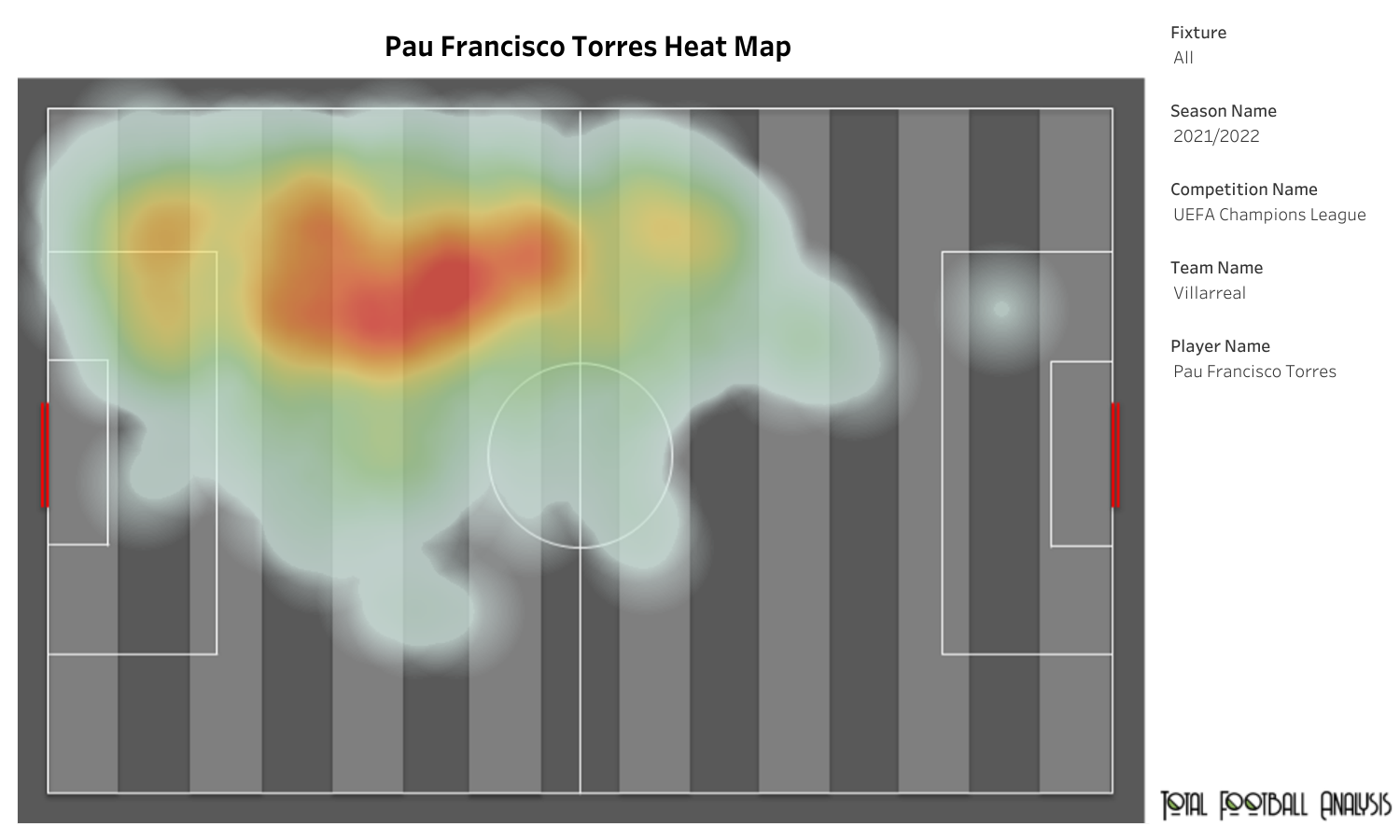 Torres made 46 appearances in all competitions for Villareal. He scored six goals for the Yellow Submarines. The above viz shows the heat map of Torres in 12 UEFA Champions League appearances. Torres scored a goal in the competition and played every minute for his team in the elite competition. The above heat map shows that the player featured as the left centre-back for his side. Gabriel also plays the same role, and Torres is a like-for-like swap for the player. 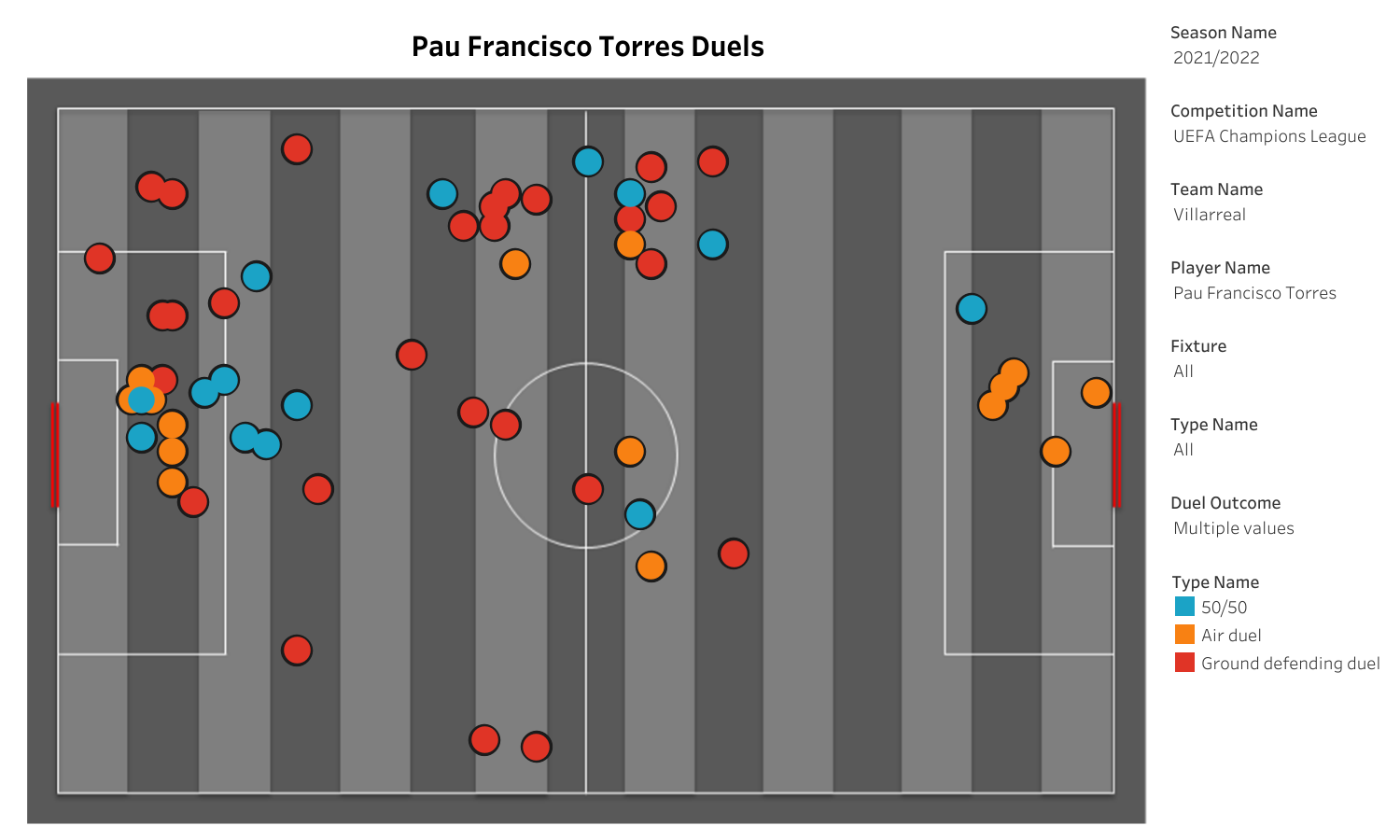 Torres made 10.46 defensive actions per 90 minutes with a success rate of 88%. The above viz shows all the duels that the centre-back won. Torres showed his aerial dominance as he won a few aerial duels inside both penalty boxes. Some of the duels were even won inside the middle third. 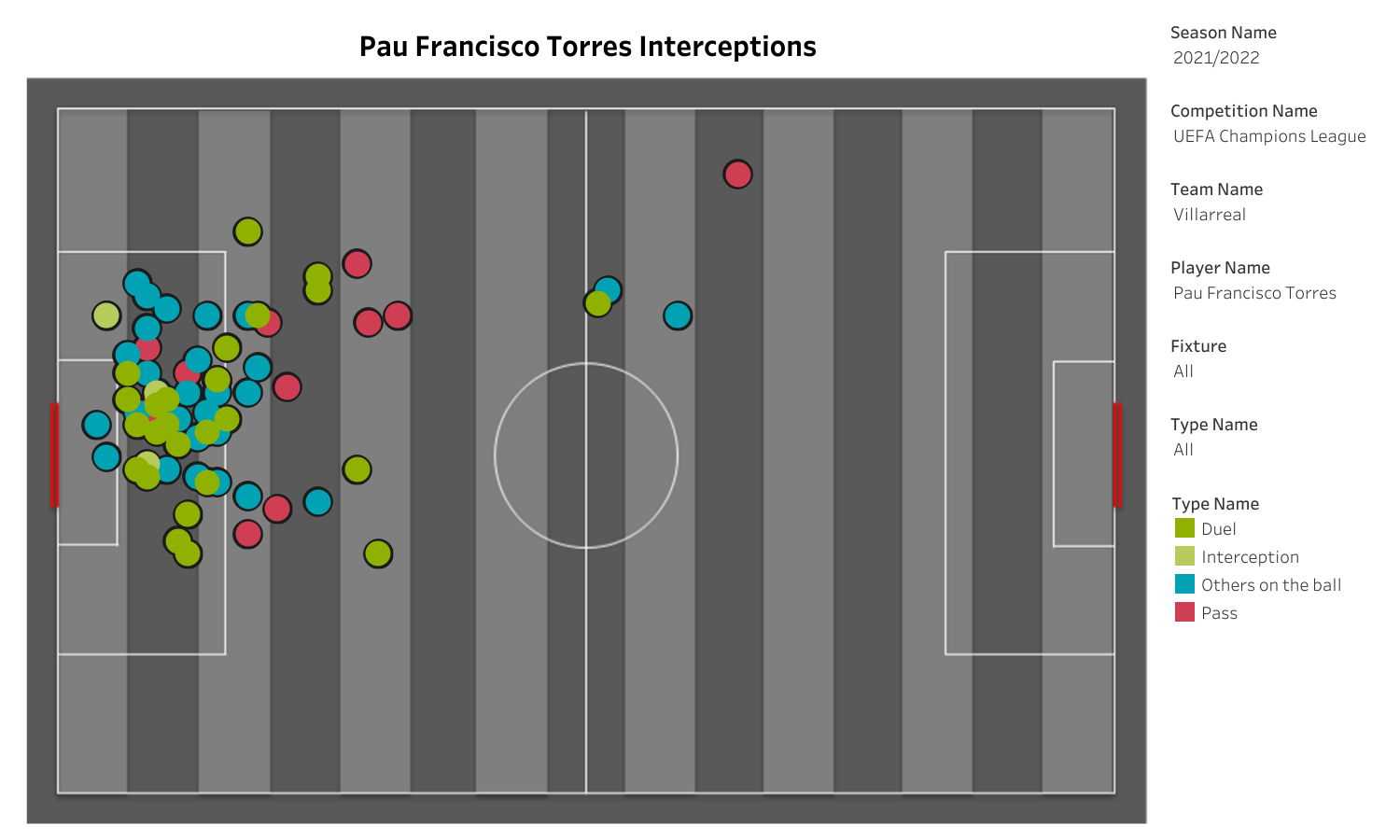 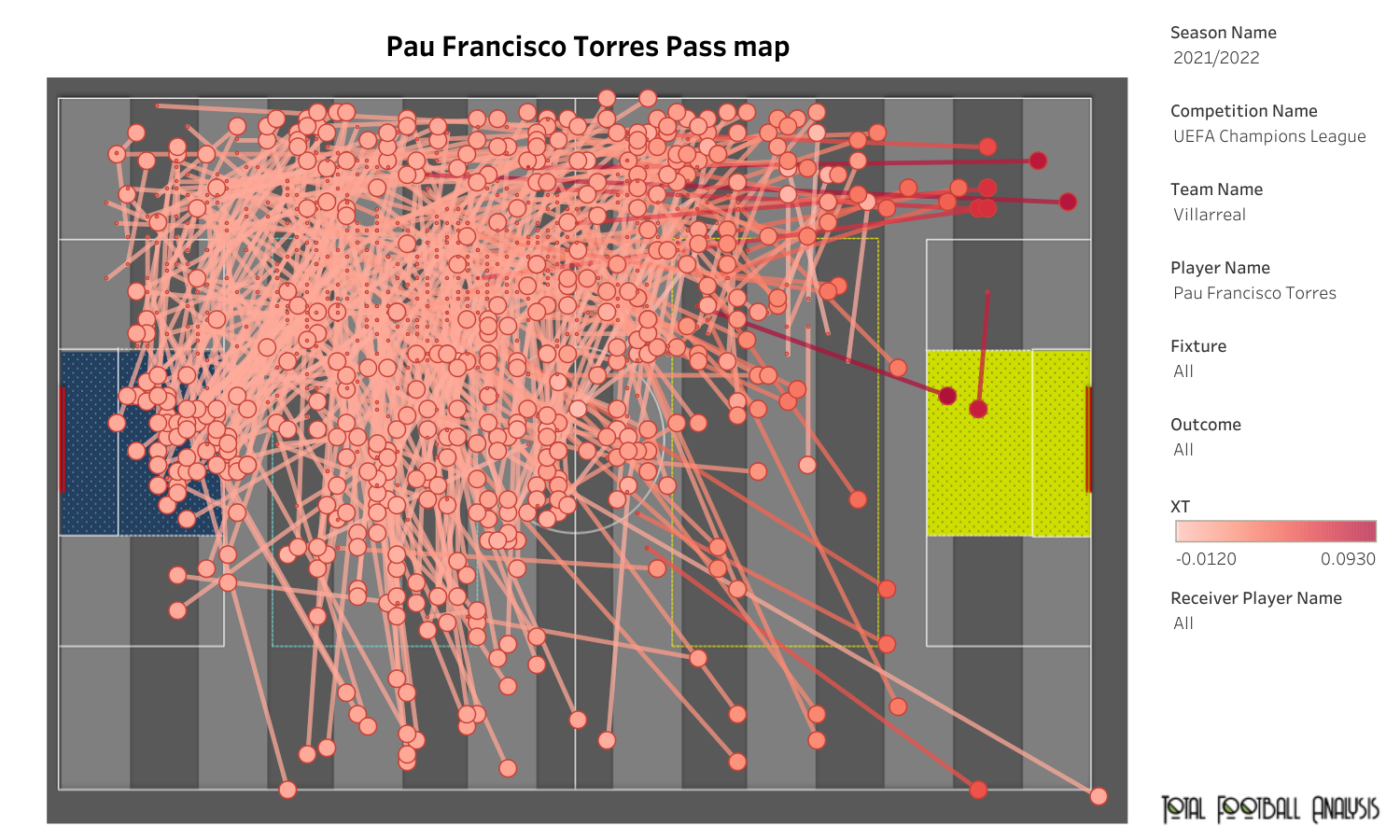 The defender averaged 39.11 passes per 90 minutes with an accuracy rate of 89.4%. The above viz shows that Torres attempted a few passes into the attacking third. He directed some of the passes towards the left-wing. The defender also played some cross-field passes to change the direction of the play. This shows that he is comfortable with the ball at his feet.

Pau Torres could be on the move to North London next season. The 25-year-old will only join if he is guaranteed first-team football. Otherwise, the player might stay at the Spanish club and help them to reach new heights in the future. Arsenal will only make a move if Gabriel is signed by some other club.

Under the microscope: How Sambi Lokonga has been crucial

‘Trained like an animal’ – Arteta is bringing the best out...