Wilfried Zaha has been a long-term target for the Gunners. They tried to sign him in 2019, but the move couldn’t take place. Arsenal ended their negotiations and the player remained at Crystal Palace. Last season, Patrick Viera became the manager of the Eagles, and they had a decent season in the English Premier League. Zaha was one of their top performers in the league. Arsenal are looking to offload Nicolas Pepe and make some money from his transfer. They are now targeting Zaha and hoping that the player might take them to the UEFA Champions League next season.

The Ivory Coast international made 33 league appearances for Crystal Palace. He scored 14 goals for the club and provided one assist. The player reached double figures for the third time in the English Premier League. 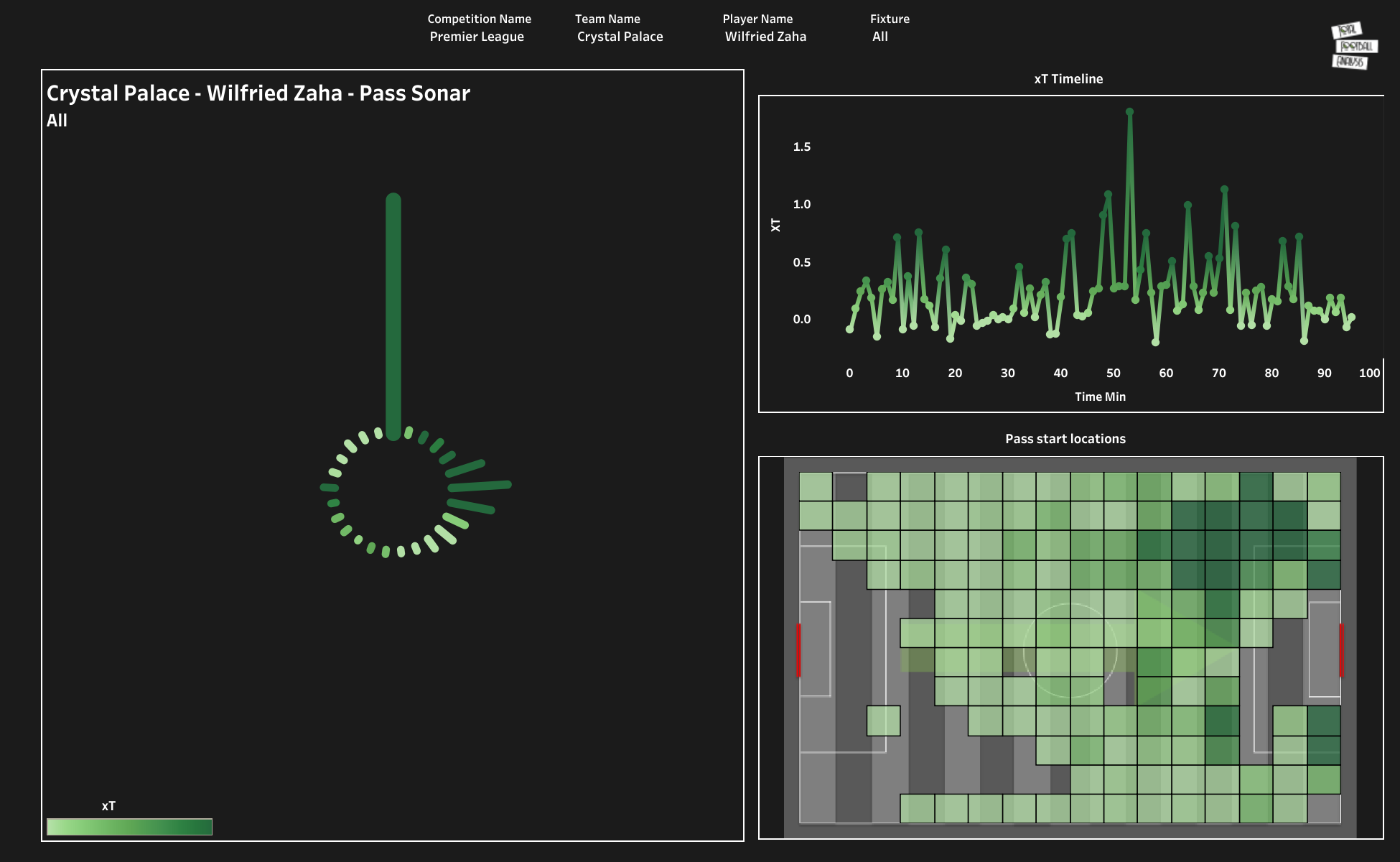 Zaha is a left-winger who carries a goal-scoring threat with him. The above viz shows the pass start location and the threat created from passes at different time intervals. The pass start location map shows that the player operated on the left and created a lot of threats. He occasionally switched to the other side but attempted fewer passes. The 29-year-old averaged 27.7 passes per 90 minutes with an accuracy rate of 80.81%. The xT timeline shows that the player created more threats in the second half of the matches. 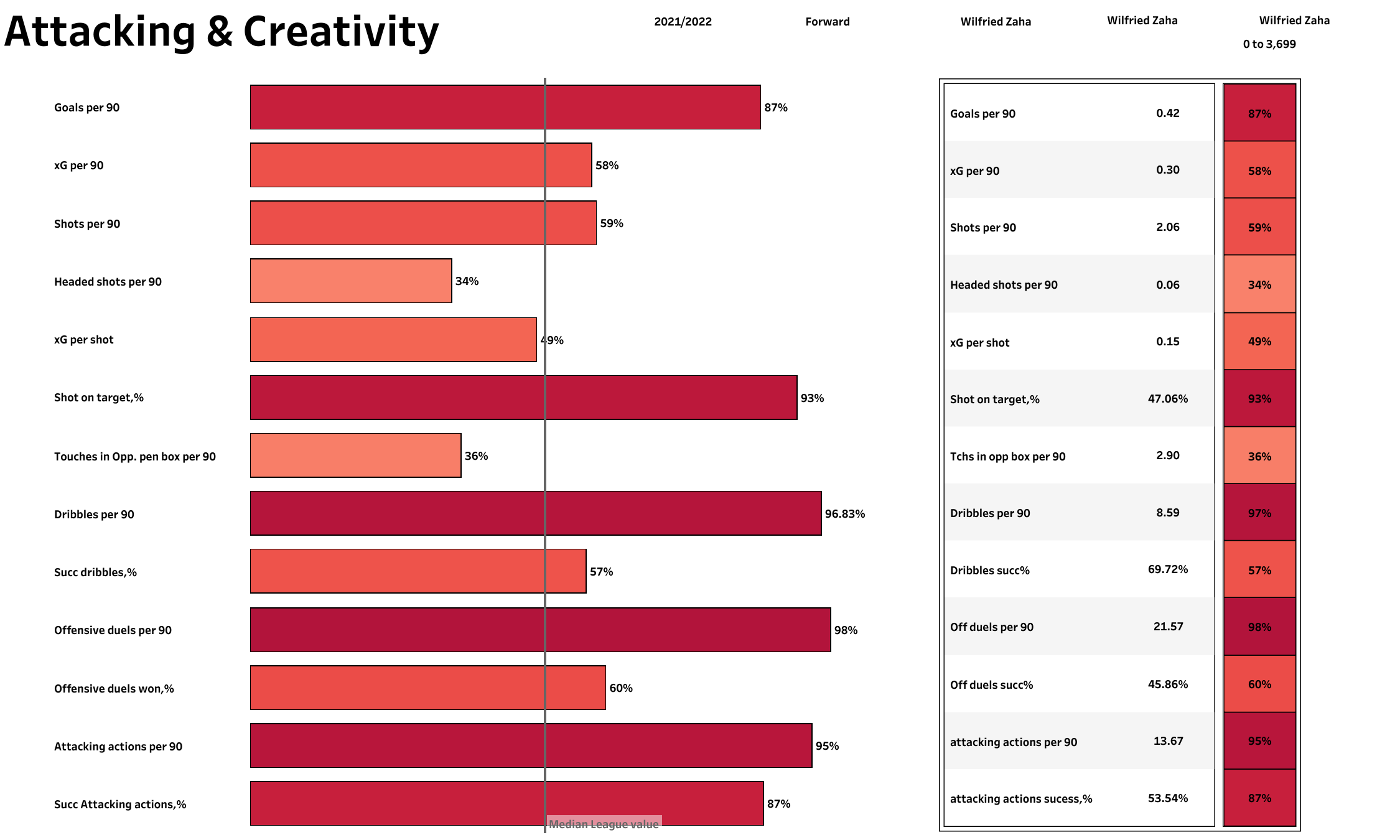 The above viz shows the attacking and creativity stats of the player. When looking at the above chart, the general rule is that the longer the bar, the better the performance — you can see the league average in the middle, and the % is the percentile rank the player is in. Zaha was involved in 13.67 attacking actions and had a success rate of over 50%. He is also one of the best dribblers in the English Premier League. The player averaged 8.6 dribbles and had a success rate of almost 70%. Zaha was highly rated amongst other forwards in the league. 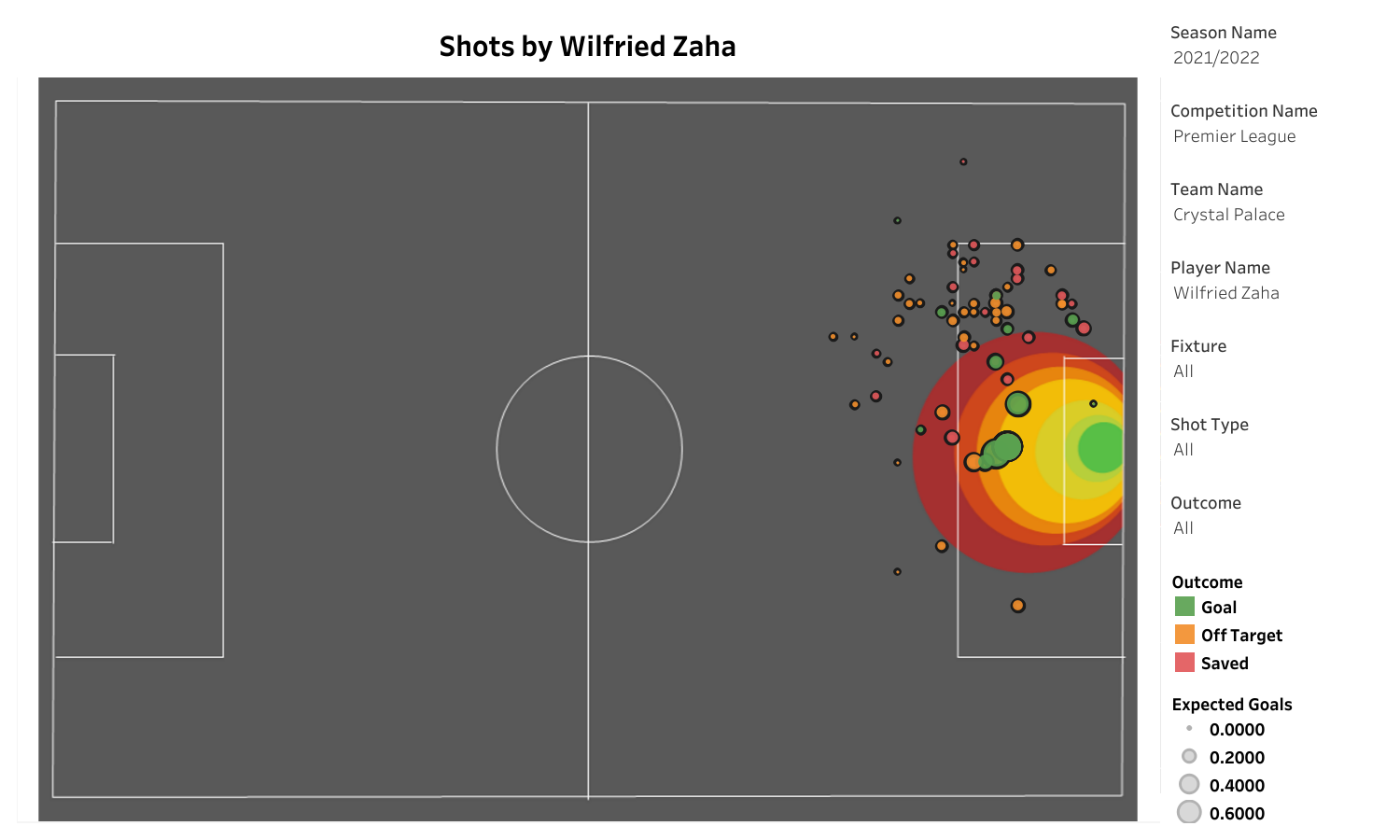 The above viz shows the shot map of the winger. He averaged 2.06 shots per 90 minutes with a high accuracy rate of 47.06%. Zaha scored 14 goals, and five came from the penalty spot. He attempted a lot of shots by cutting inside and making room for himself. He tried to find the far post on most occasions. Zaha attempted a lot of shots from a similar position.

Arsenal have Gabriel Martinelli on the left wing. He is young and still at a learning stage. Wilfried Zaha has established himself in the English Premier League and could help Arsenal to contest for the UEFA Champions League positions. He could add some experience to a young Arsenal side.

Under the microscope: How Arsenal’s attack could shape up in the...