Arsenal will look to extend their 100% record when they face Aston Villa at home in the English Premier League. The Gunners are the only team in the league with a 100% record and are leading the league table after four matches. Aston Villa, on the other hand, are struggling for points and have only managed to collect three points in the first four games. They have lost three games and will look to bounce back in this game.

Arsenal have scored 11 goals this season with an average xG rate of 2.05. Their defence has conceded three goals with an xGA rate of 0.8. Mikel Arteta’s men have kept an average possession rate of 56.07% and have an overall passing accuracy rate of 87.6%. This shows that the players have confidence and are getting along with the tactics of the manager.

Aston Villa have lost their last two games and have only scored three goals this season with an xG rate of 1.07. They have conceded seven goals with an average of 1.18 xGA per match. Villa have also dominated possession in their matches, averaging 57.8% ball possession per match. Their passing accuracy is 85%, and this means that both teams might have an equal share of possession at the end, or the team that is trailing might hold the ball for more periods in the game. 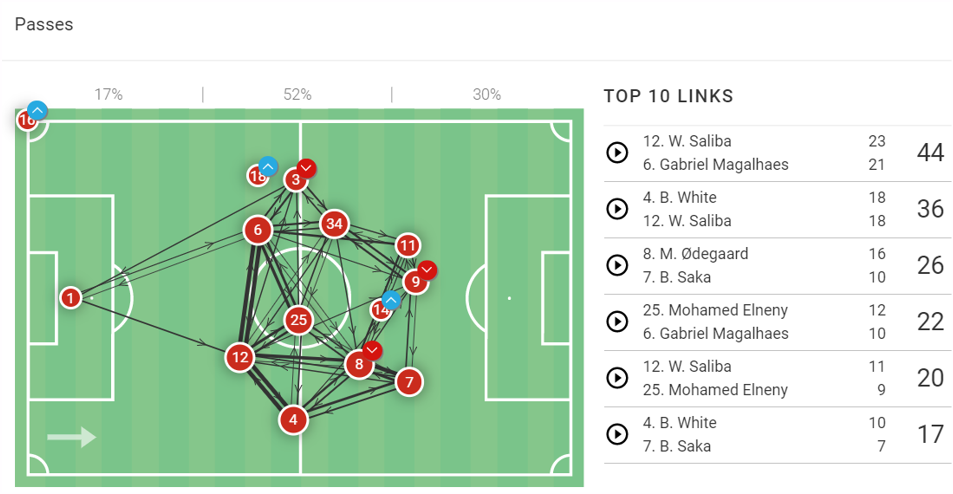 Arsenal left it late in the last match to win 2-1 against Fulham. The Gunners average 28.5 positional attacks this season and attempt more than eight shots from these attacks. When it comes to shooting the ball, they average 14.5 shots per game with a 39.7% shot accuracy rate. The above viz shows the passing links and the average position of Arsenal in the last match. It can be observed that Gabriel Martinelli plays a lot closer to Gabriel Jesus. Granit Xhaka gives defensive cover to the forward, and this also allows the full-back to make forward runs. Martin Ødegaard drops to the right side, and that allows Bukayo Saka to make forward runs from the right. They create a lot of threats by cutting into the centre and allowing the wide players to make forward runs to scatter the defence. 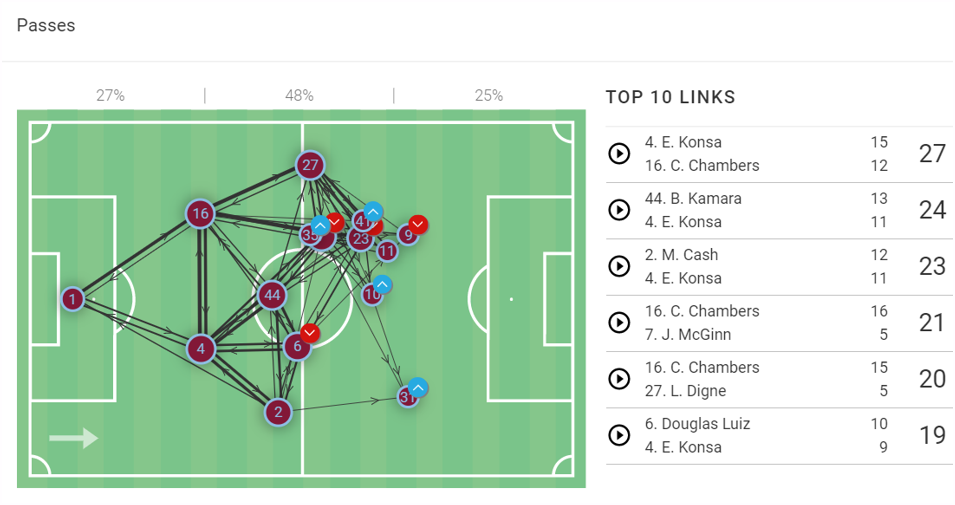 Aston Villa have a high average of 33 positional attacks per match, and they attempt seven shots from these attempts. Steven Gerrard’s men have attempted 48 shots so far this season and have hit the target 13 times. The above viz shows that Aston Villa attacked from the left side in the last game. The two defensive midfielders played a deeper role, and the other forward players were on the left side. 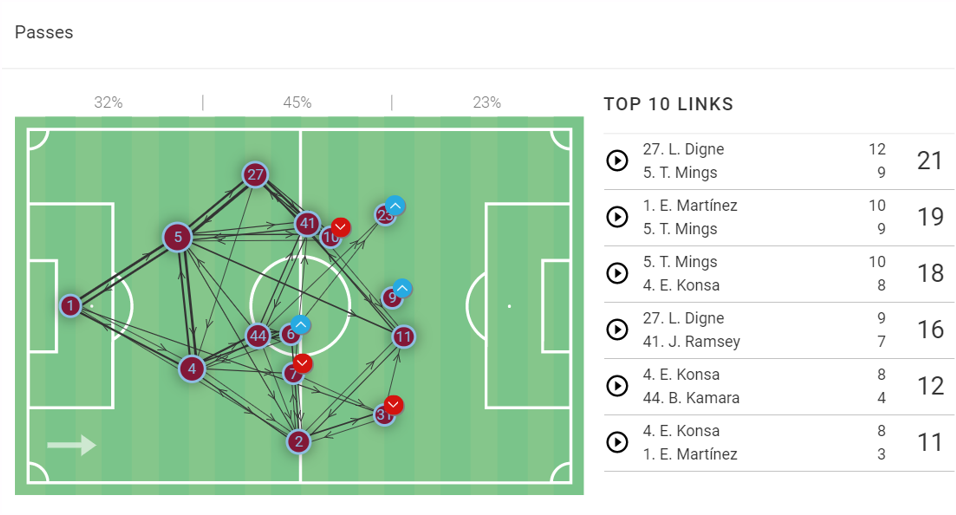 In the game against Crystal Palace, the attack came from both sides. However, Leon Bailey’s involvement meant that a few attacks were made from the right side. Now, everything will depend on the playing XI, and if Bailey features, then the attack creation zones might shift to the right side.

Arsenal’s pressure in the middle third 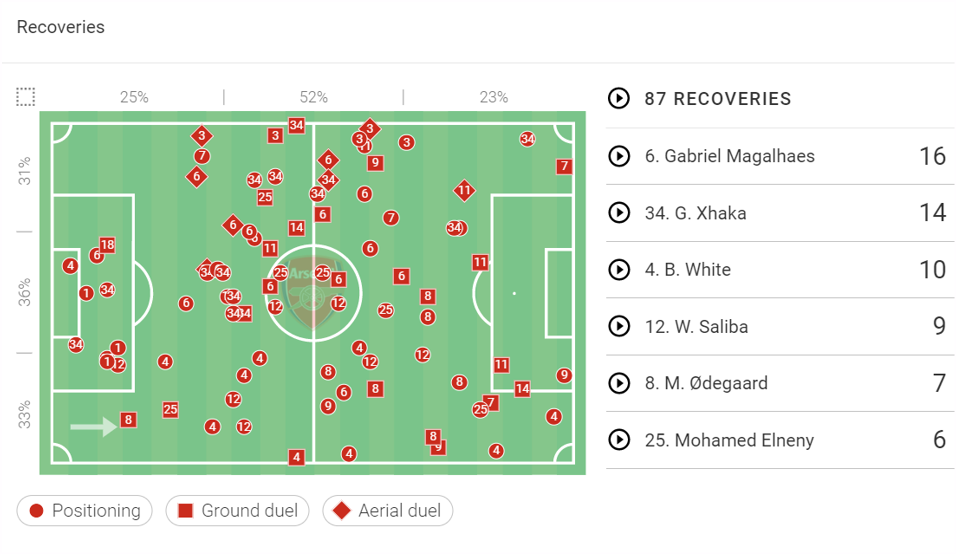 The Gunners like to stay high up on the pitch to pressurise the opposition. They maintain this regular pressure by recovering the ball in the middle third. This allows their attackers to create constant pressure. Overall, the Gunners averaged 84.5 recoveries per game. In the last match, more than 50% of the recoveries were made in the middle third. Aston Villa also have a similar rate, and they will also look to win more balls than their opponents.

Arsenal could be once again without Oleksandr Zinchenko and Thomas Partey for this game. The duo missed the weekend’s match against Fulham. Mikel Arteta is likely to stick with the same lineup.

Steven Gerrard could make some changes to the playing XI and introduce the likes of Jacob Ramsey and Leon Bailey. Tyrone Mings missed the last match due to illness, and he could also make a return if he recovers in time.

Looking at the current form of the two teams, Arsenal are the favourites to win this match. They have defended well this season, and Gabriel Jesus has provided them with some attacking strength. Aston Villa have struggled to find their rhythm and have also struggled in defence. Arsenal will look to exploit Villa’s weaknesses and continue their 100% record for the season.