Arsenal will host Brentford in Matchweek 26 of the English Premier League. The Bees defeated the Gunners by a scoreline of 2-0 in the opening fixture of this season. A lot of things have changed since then, and Mikel Arteta’s men are competing for the Champions League position. The Bees, on the other hand, have lost their early season momentum and are winless in their last six games. 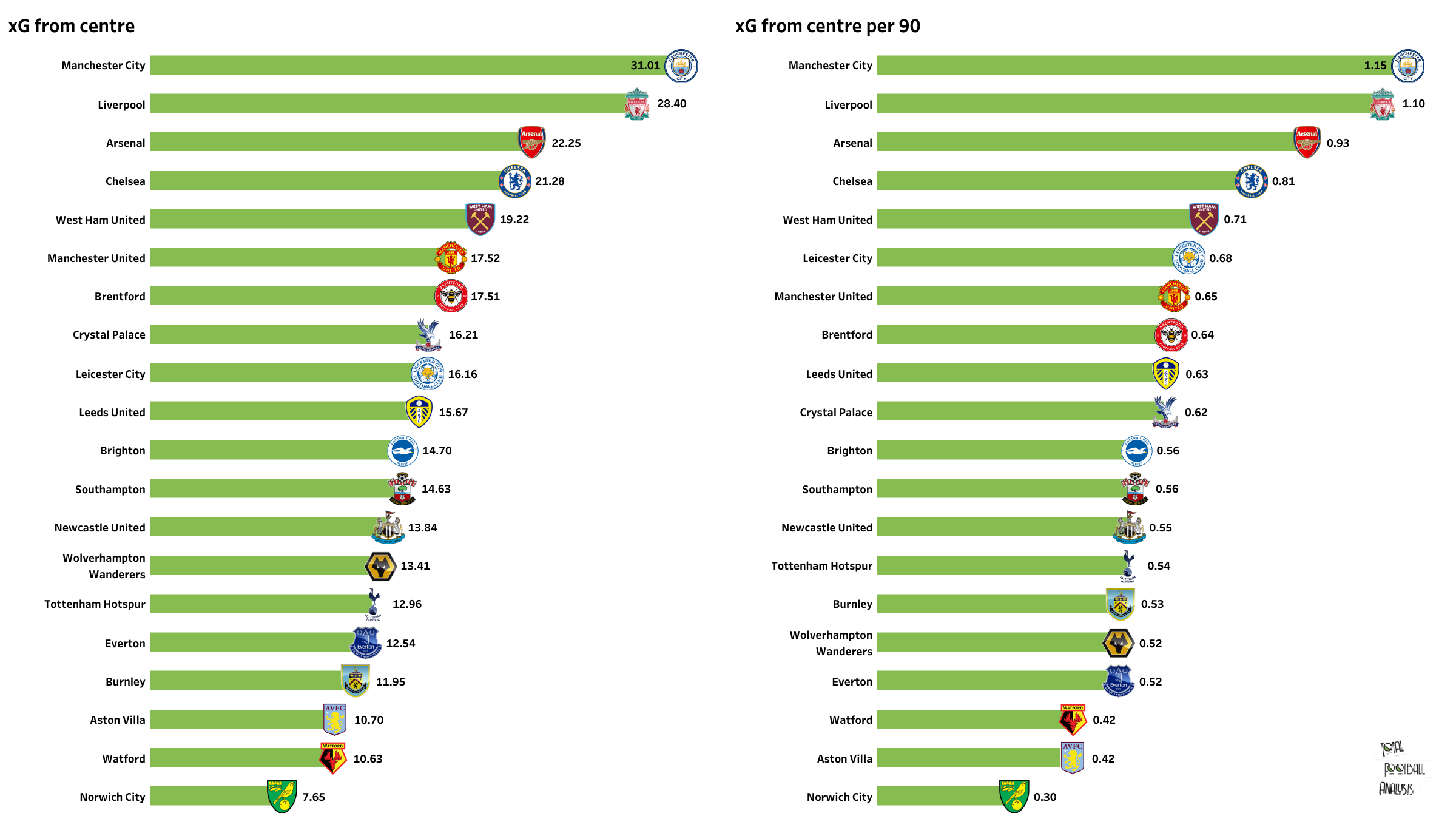 Arsenal have won 12, drawn three, and lost seven games this season and have a three-game advantage over some of their opponents. The Gunners have scored 35 goals with an xG rate of 41.03. The above viz shows that the Gunners have the third-best xG rate from the centre, meaning that Arteta’s men create more plays from the centre of the pitch. Arsenal have attempted 306 shots and average 12.8 shots per 90 minutes. 110 shots out of the 306 attempted have been on target. 180 shots have been attempted from inside the opposition’s penalty box, and 75 of them are on target. 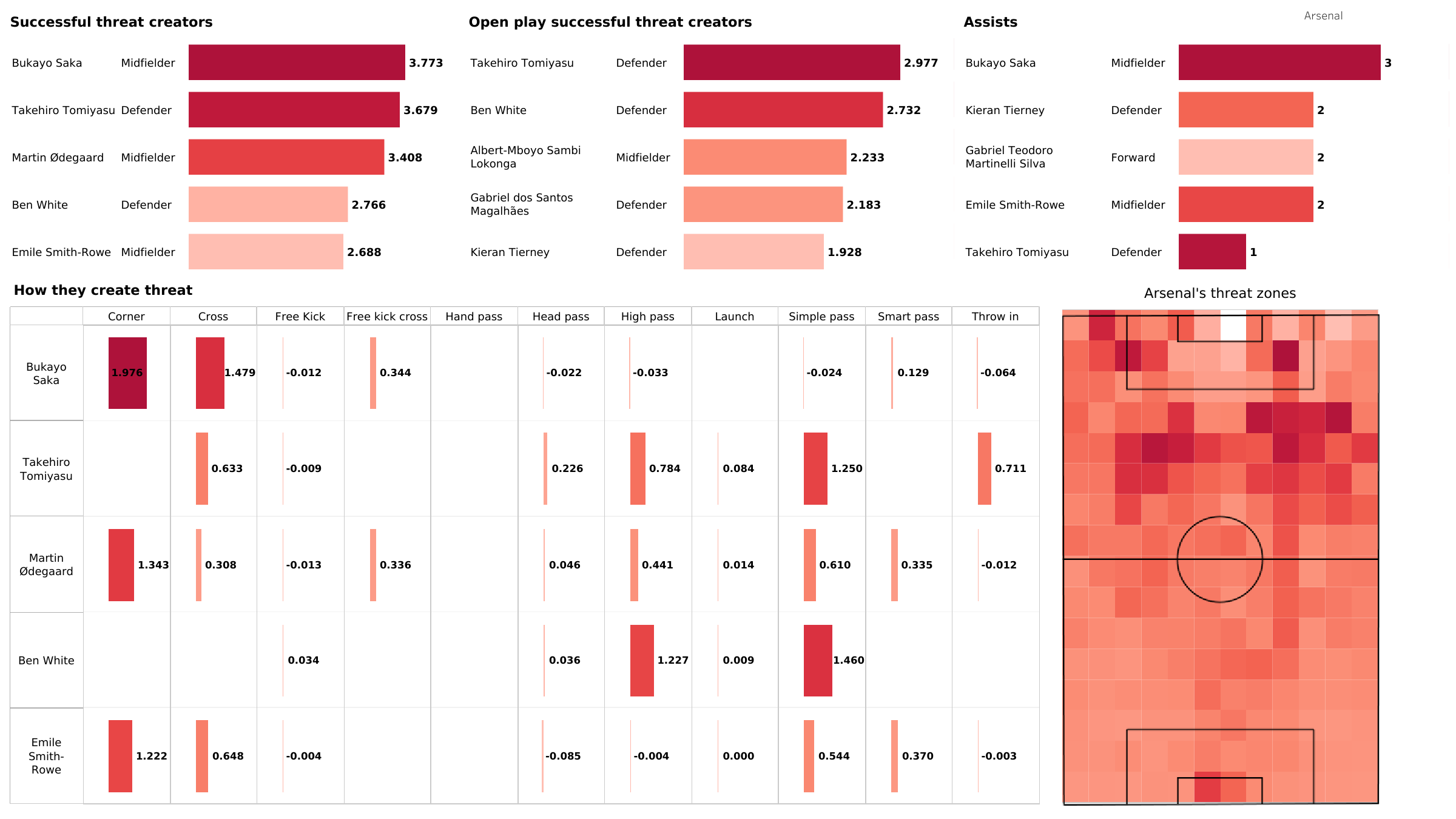 The above threat zones also hint that the Gunners have created more threats from the centre. Their wide players like to cut inside and allow the full-backs to make runs. Bukayo Saka plays on the right and has created the highest threat rate from passes. The player has created the most threats from corners and crosses. Takehiro Tomiyasu has created the highest threat rate from open play, mostly with his simple passes. He missed a few games due to injury and now is in contention to return to the starting XI.

Arsenal have a fully fit squad but will be without Gabriel Martinelli, who is suspended due to a red card. This means that Emile Smith-Rowe is likely to start in this game. The Englishman is their top goal-scorer in the league this season, and the player will look to add more goals to his tally. 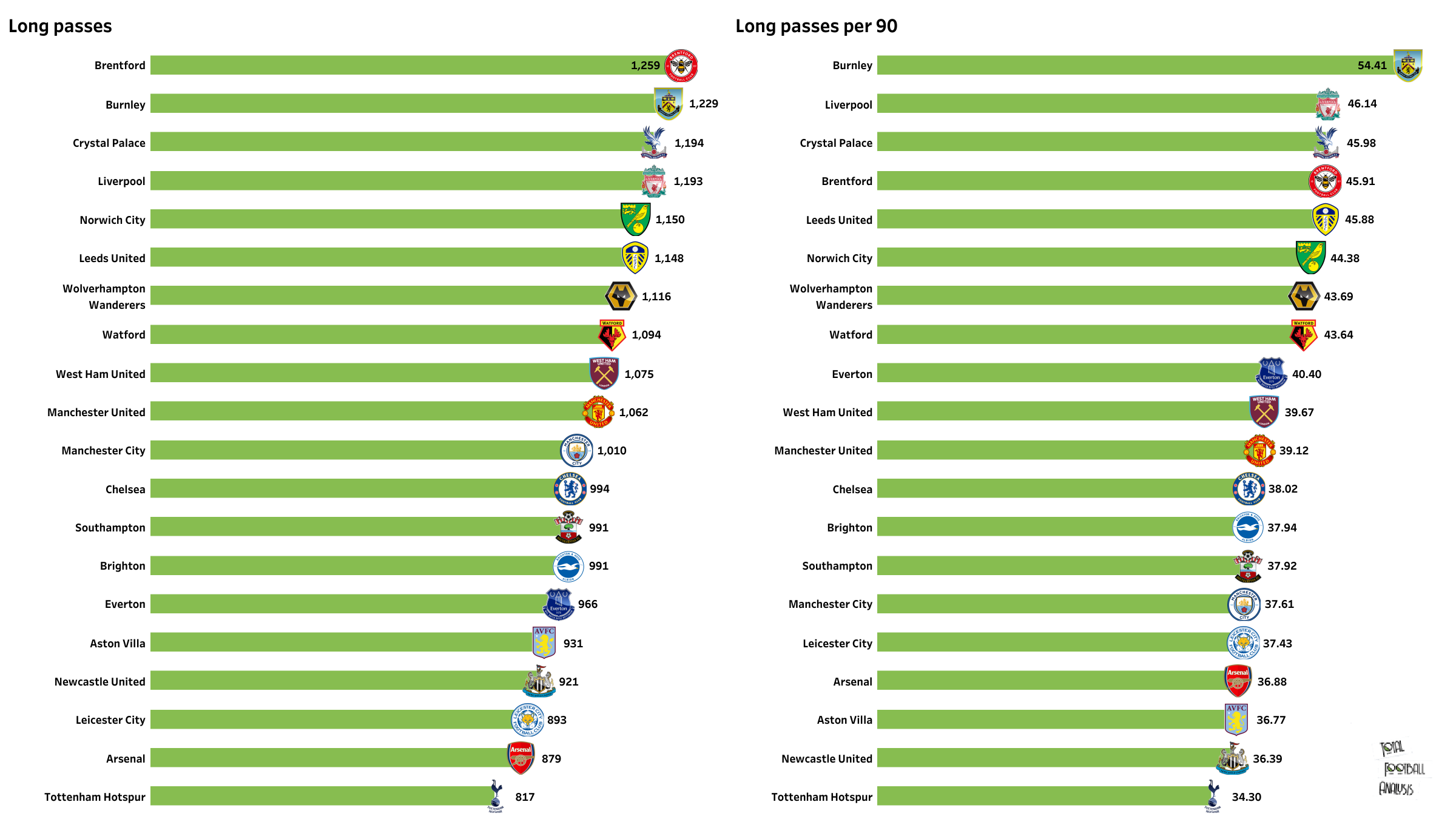 Brentford have won six, drawn six, and lost 13 matches. The Bees have scored 26 goals with an xG rate of 33.26. In return, they have conceded 40 goals and have an xGA of 31.49. The above chart shows that Brentford played a lot of long balls in the match. They average around 46 long passes per 90 minutes. Thomas Frank’s men have attempted 246 shots, with 88 on target. 168 shots have been attempted from inside the opposition’s penalty box, and 73 have been on target. The Bees have attempted the fewest shots from outside the penalty box. 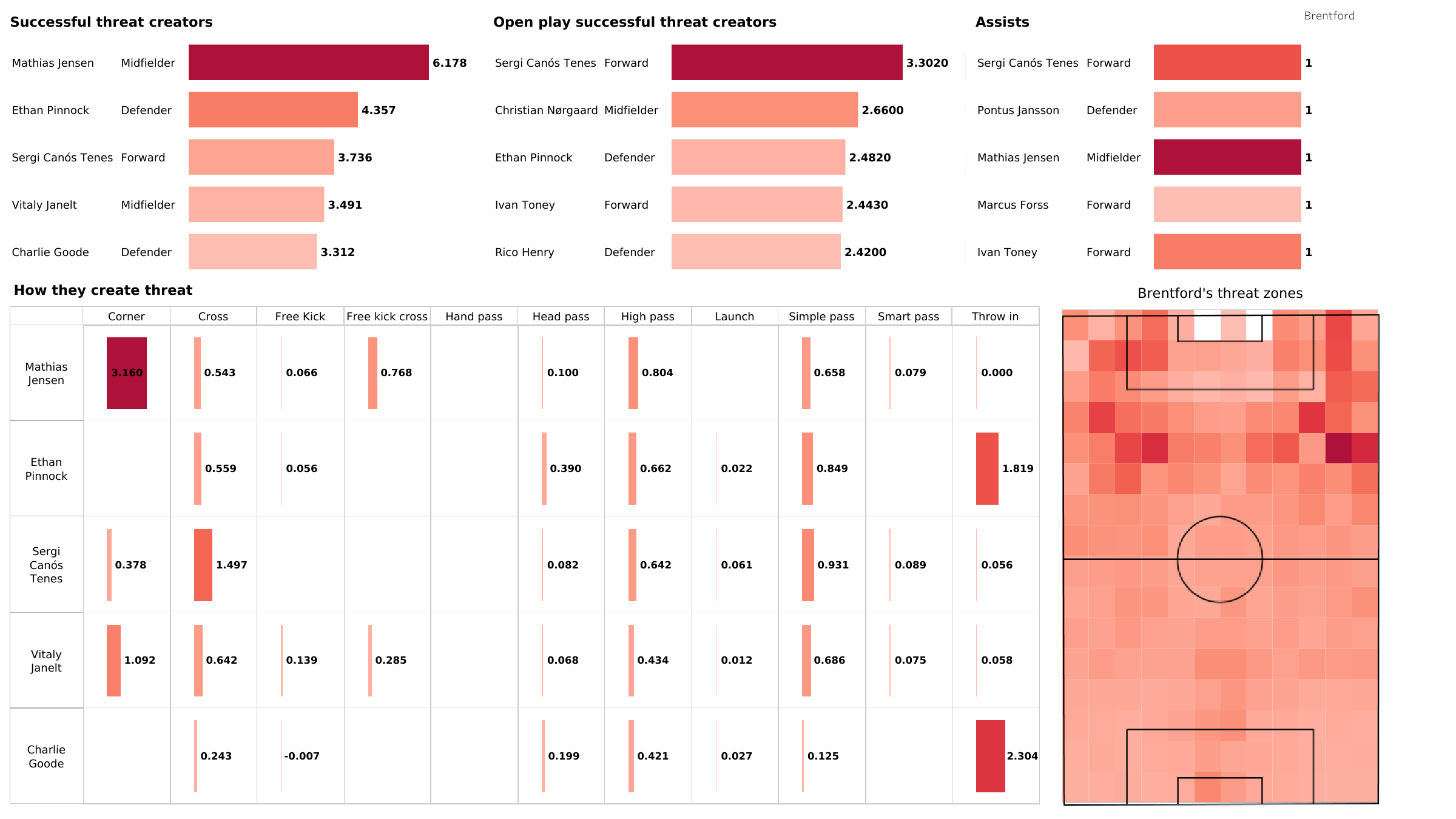 Brentford’s creation zones are wide and more towards the right side. Mathias Jensen has created the greatest threat to his side. He is supported by Sergi Canos, who has created the greatest threat from crosses for their side. Bryan Mbeumo has provided three assists and leads the assist chart for the Bees. He has also scored three goals. Brentford will be without Christian Eriksen, who is still one week away from making a return. Ivan Toney missed the previous game, and his inclusion is still in doubt.

Arsenal will enter this match as the favorites. They are four points behind the Champions League places but have three games in hand. Brentford, on the other hand, will look for a double over the Gunners in the Premier League.

Under the microscope: Could Frenkie de Jong be the solution to...

It’s been painful for Arsenal to replace Gilberto Silva