Arsenal will look to keep their perfect league record intact when they face Fulham in a London Derby in the English Premier League. The Gunners lead the league table and are the only team with a 100% record in the league. Fulham are also unbeaten in the league and will prove to be a tough test for the Gunners.

The Gunners enter this match after a comfortable 3-0 victory over Bournemouth. Mikel Arteta’s men have now scored nine goals with an xG rate of 1.89. Their defence has also been steady and has only conceded two goals.

Fulham won their first match of the season when they registered a 3-2 victory over Brentford in their last match. They drew their first two matches, and one of those matches was against Liverpool. The Cottagers have scored five goals with an xG rate of 1.84 and conceded four goals.

Let us look at some of the stats that will give us a hint of what could be expected from this match. 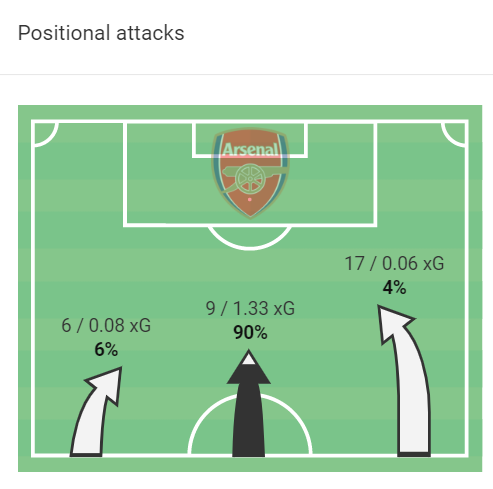 Arsenal averaged 27.3 positional attacks per game this season, with most of the attacks coming from the flanks. Gabriel Jesus’ addition to the side has improved their attack. The Gunners average 13 shots per match with a 38.5% shot accuracy rate. In the last match, Arsenal created most of the threats from attacks created from the centre. This shows that Arsenal players like to cut inside and attempt shots towards the opposition goal. They will look to break Fulham’s defence in this game. 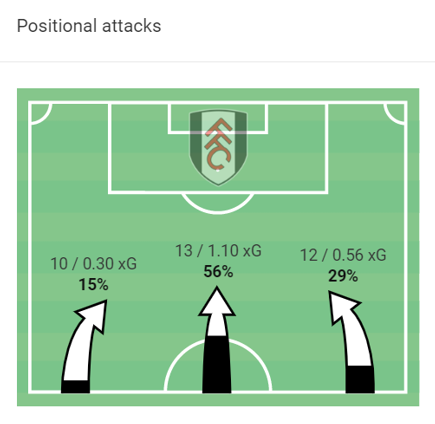 Fulham have created more chances than their opposition. They average 30.67 positional attacks and ten shots per match with a 46.7% shot accuracy rate. Fulham have also created most of the attacks from the middle, meaning that the midfielders will be involved in a lot of offensive and defensive plays. 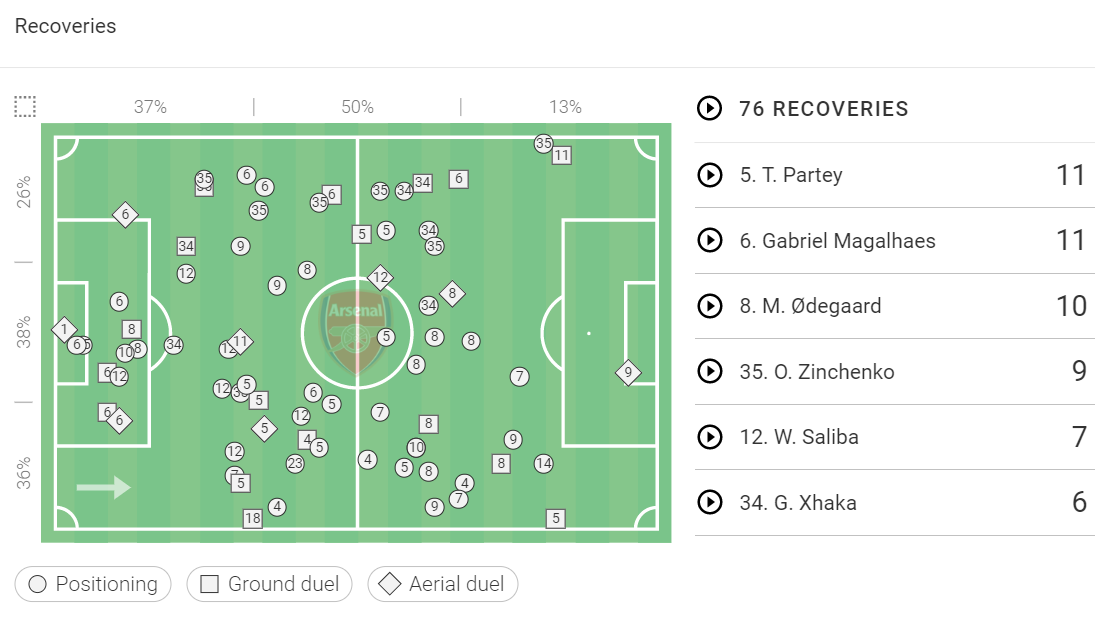 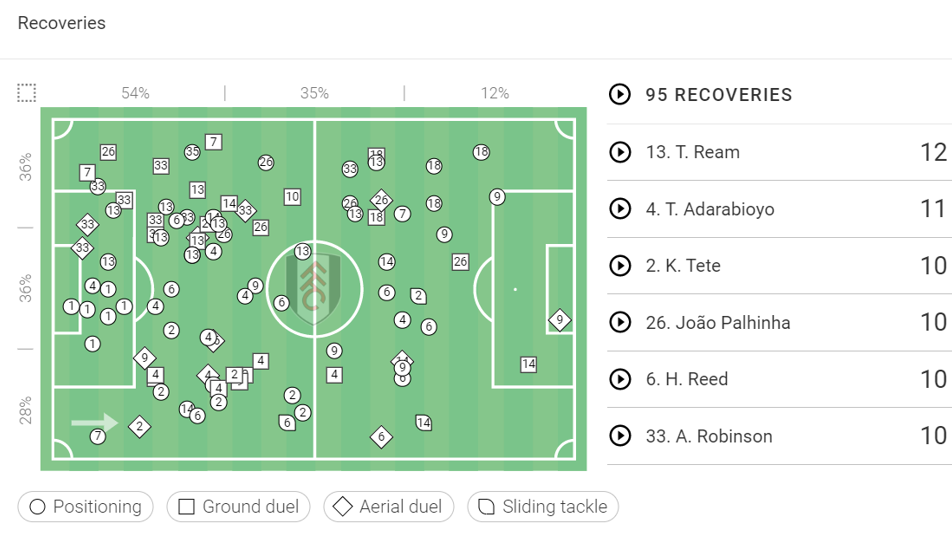 Fulham have a high win rate of 65% for defensive duels and 51% for aerial duels. Their recovery rate is also high at 91.6 recoveries per match. The recovery zone for Fulham is the defensive third.

Arsenal players need to show their magic if they want three points from this match.

There are no new injury concerns in both camps, and both teams will go with the same lineup for this match. The managers are unlikely to make any changes to the winning formula.

Arsenal will be the favourites to win three points from this game. However, it won’t be easy for them to beat this Fulham side. They showed a lot of heart against Liverpool and won’t back down against the Gunners. This will be a tough fixture for Arsenal, but looking at their current form, this could turn out to be a three-pointer.

Arsenal vs Liverpool Preview: xG from centre, through passes, shots and...