Arsenal will look to earn a fourth consecutive victory when they host Leeds United in the English Premier League. The Gunners have moved a step closer to UEFA Champions League qualification after earning a 2-1 draw against West Ham United in the previous round. Leeds United lost their previous game 3-0 against Manchester City, and this ended their five-match unbeaten streak. Arsenal were the better side when the two sides met last time in the league and won the match 4-1.

The Gunners have won 20, lost 11 and drawn the remaining three games played this season. Mikel Arteta’s men have scored 57 goals, with the third-highest xG rate of 61.65. In return, Arsenal have conceded 41 goals with an xGA rate of 41.38. 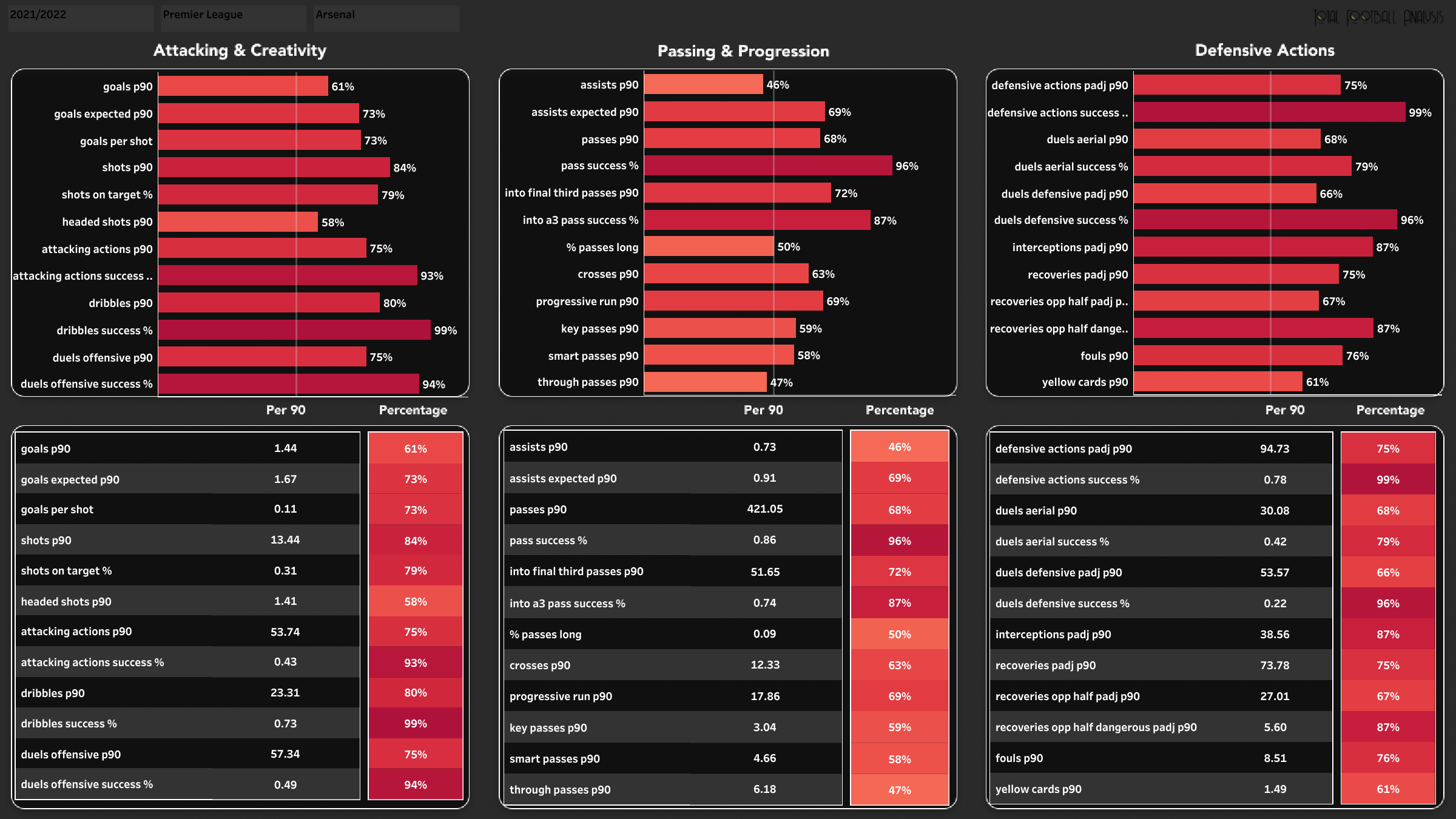 When looking at the above chart, the general rule is that the longer the bar, the better the performance — you can see the league average in the middle, and the % is the percentile rank the player is in. The attacking and creativity charts show that the Gunners have a high percentile rank in every stat in the table. Their passing has been a concern as Arteta’s men have just performed above average in almost every stat mentioned in the passing and progression chart. The assists and through passes per 90-minute rate are lower than average amongst other teams in the league. Defensively, they have a high defensive action success rate among other teams in the league. 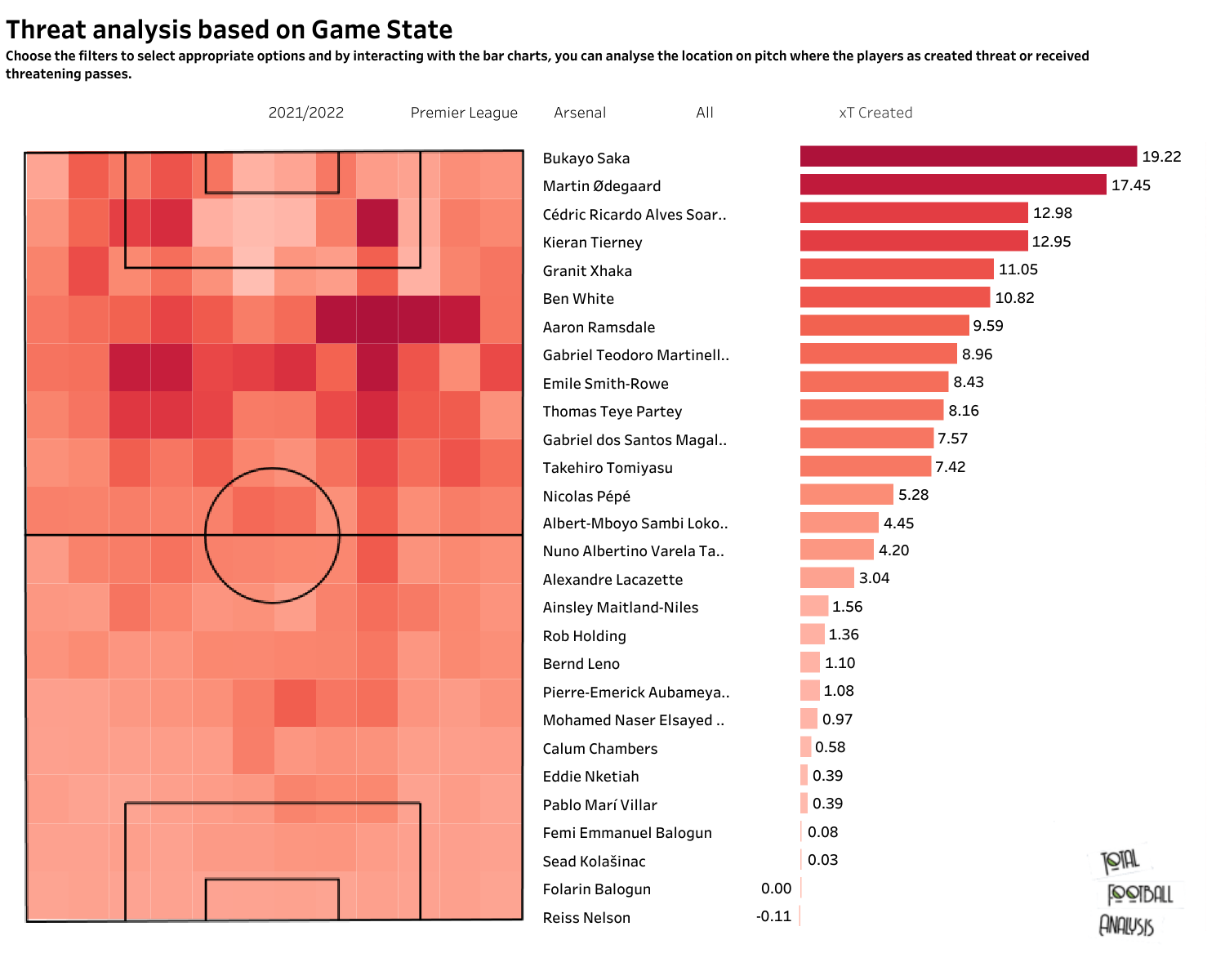 The above viz shows the threat creation zones for the Gunners. We can observe that Arsenal have focused more on attacking from the right side of the field. Bukayo Saka has created the highest threats from passes, and he operates on the right. Martin Odegaard is just behind him in the above list, and his average position in every match is towards the right side only.

Ben White was an absentee in Arsenal’s previous fixture against West Ham United. But the player has returned to training and could be available for this match. 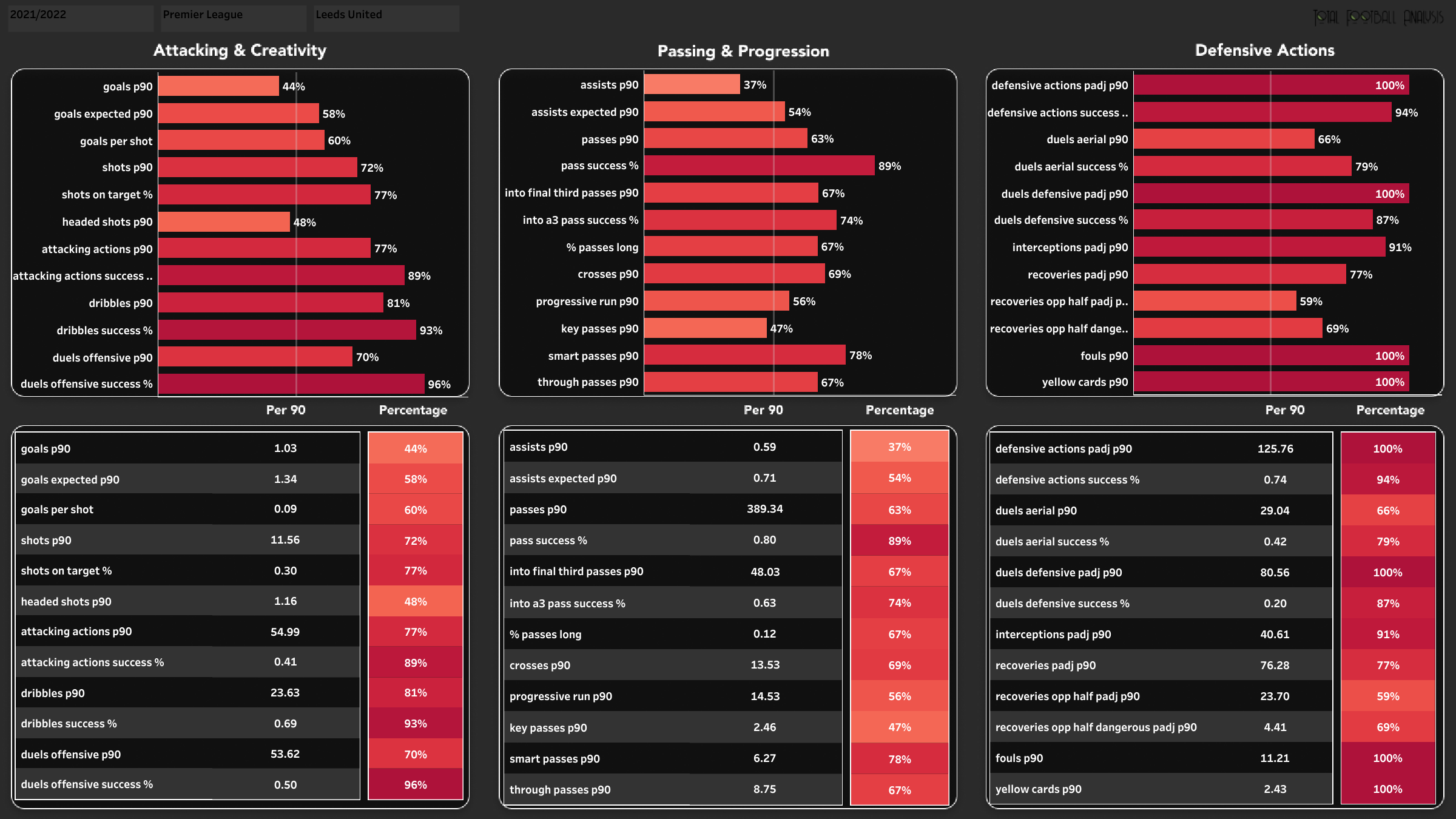 Leeds United are in the relegation battle with eight wins, ten draws, and 16 losses in 34 games. This season they have scored 38 goals with an xG rate of 49.72. In return, Leeds have conceded the most goals in the league. They have let in 72 goals with an xGA rate of 60.64. Leeds United average 1.03 goals per 90 minutes and have a low percentile rank amongst other teams. Other than this, they have performed just above average in other attacking and creativity stats and also in the passing and progression stats. Defensively, they have contested the highest number of defensive actions, along with the highest number of defensive duels. Leeds United have committed the most fouls in the league and have received the most yellow cards.

The visitors have attempted 428 shots and average more than 11 shots per 90 minutes. Of these 428 shots, 141 were on target. A total of 247 shots were attempted from inside the opposition’s penalty box, and 90 of them were on target. 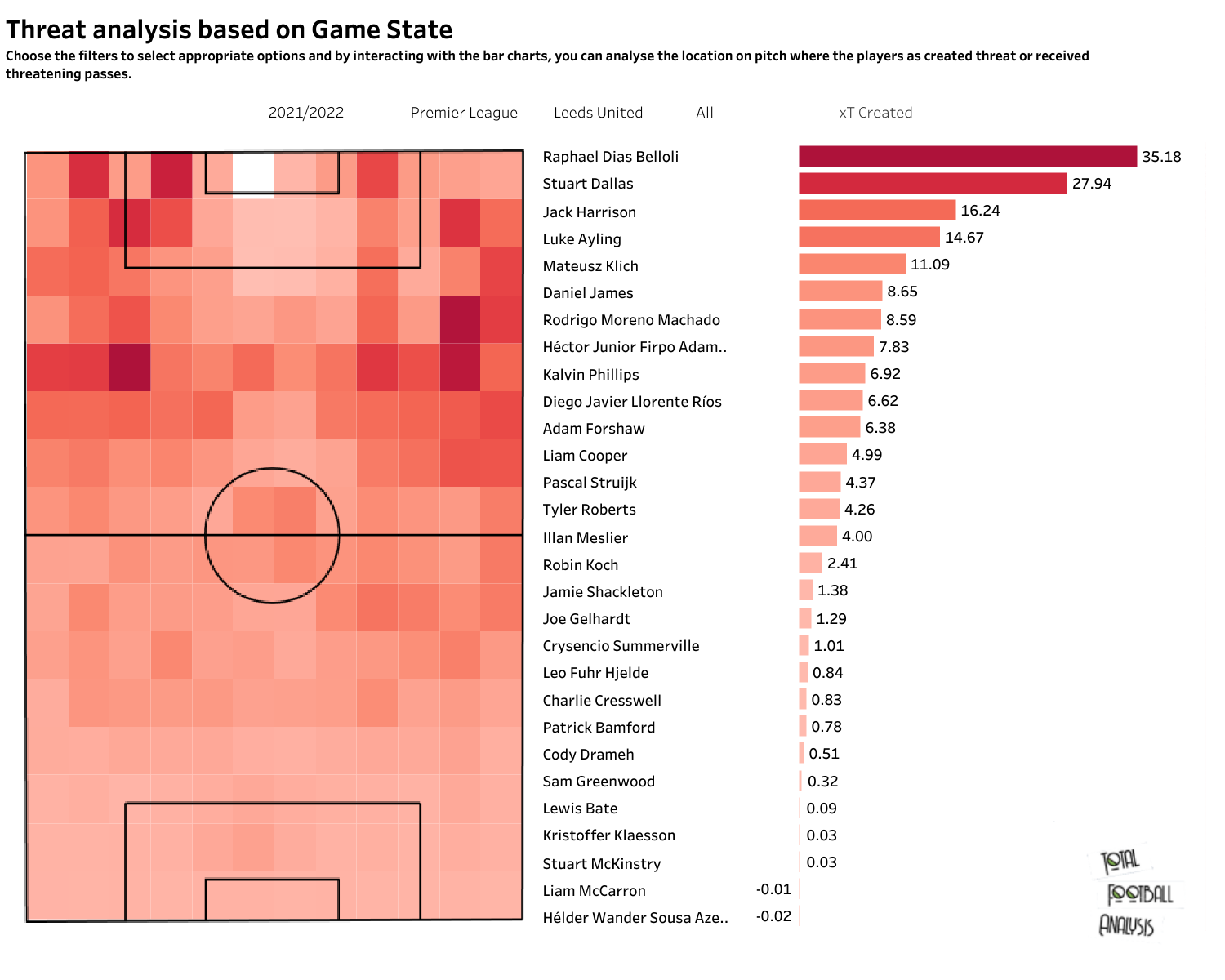 Liam Cooper could make a return to the playing XI after missing the last game. Stuart Dallas will be out and is likely to miss the rest of the season.

The fixture promises to bring a lot of excitement as two teams are competing against each other for two different purposes. One team needs to qualify for the UEFA Champions League, and the other team is fighting for survival. Arsenal will be the favourites to take three points from this game.

“Aubameyang is what Man Utd are missing” – Merson