Arsenal welcomes Manchester United to the Emirates Stadium in the match of week 34 in the English Premier League. The two teams will battle each other for UEFA Champions League qualification for the next season, and this is a very crucial game for both sides. The home team will be high on confidence after thrashing Chelsea 4-2 at the Bridge. Their opponents, Manchester United, suffered a humiliating 0-4 defeat at Anfield. Both teams faced each other at Old Trafford in December, and the match ended 3-2 in favour of Manchester United. 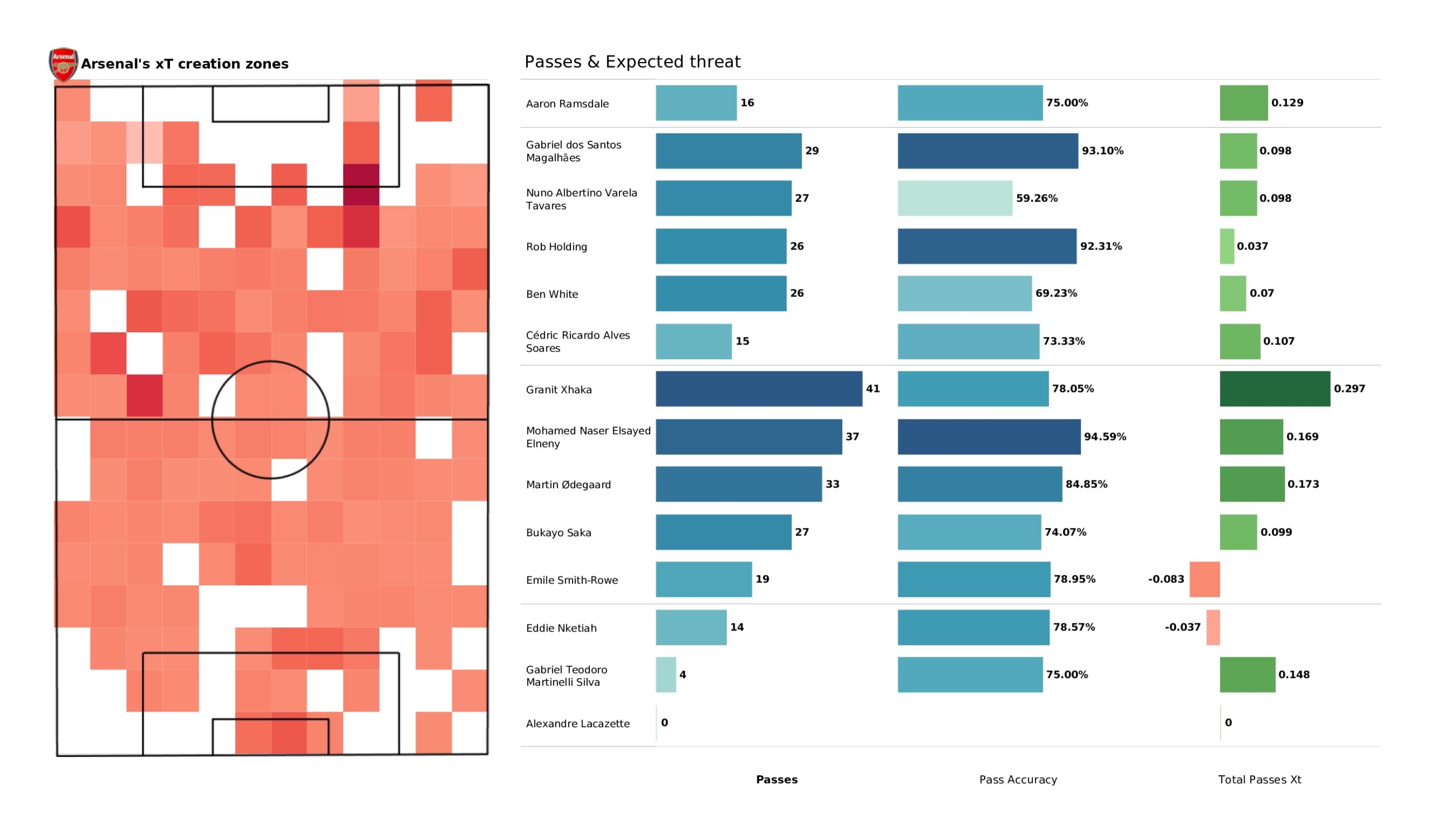 Arsenal have won 18, drawn three, and lost 11 games this season. With an xG rate of 57.84, the Gunners have found the back of the net 49 times. In exchange, they’ve given up 39 goals, with a 39.04 xGA rate. The above viz shows the threat zones created by their recent victory over Chelsea. The Gunners attempted 11 shots and managed to hit the target four times with an xG rate of 1.61. They created 29 positional attacks and three counterattacks. Arsenal created few threats from passes in the final third and capitalised on their chances to earn three points. 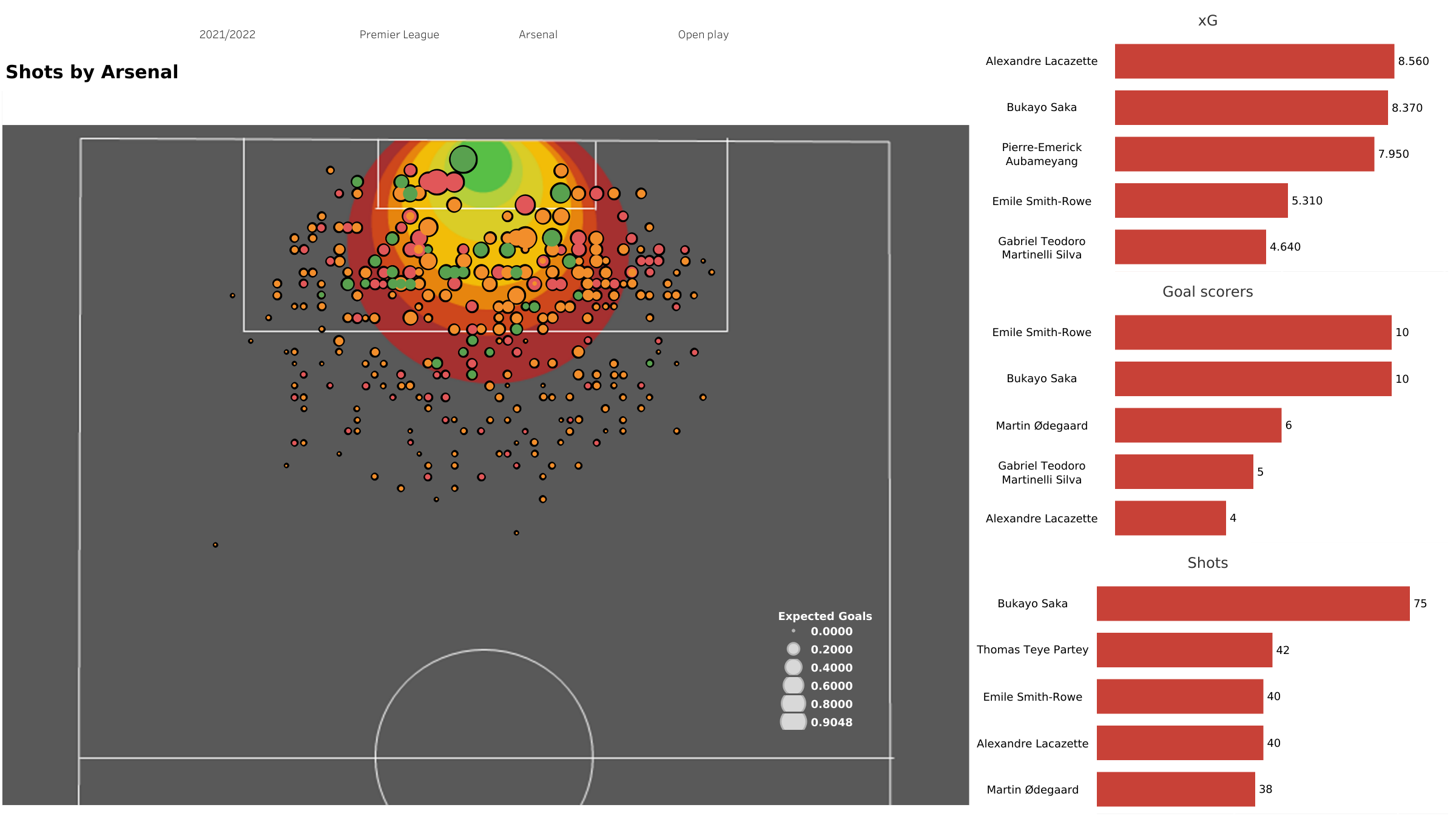 This season, Mikel Arteta’s team has attempted 469 shots, averaging 13.5 attempts per 90 minutes. With an average of 4.49 shots per 90 minutes, they were able to hit the target 156 times. The Gunners have attempted more shots from outside the penalty area than any other team in the league. They attempted 197 shots, with 53 of them hitting the target. The above viz shows that Arsenal players take their chances whenever they get a chance to shoot from inside the opposition’s penalty box.

Arsenal will once again be without Kieran Tierney and Thomas Partey for this game. Takehiro Tomiyasu is back in contention and might make his first appearance since January, which is a boost in the Arsenal camp. After scoring two goals against Chelsea, Eddie Nketiah is likely to lead the line once more. 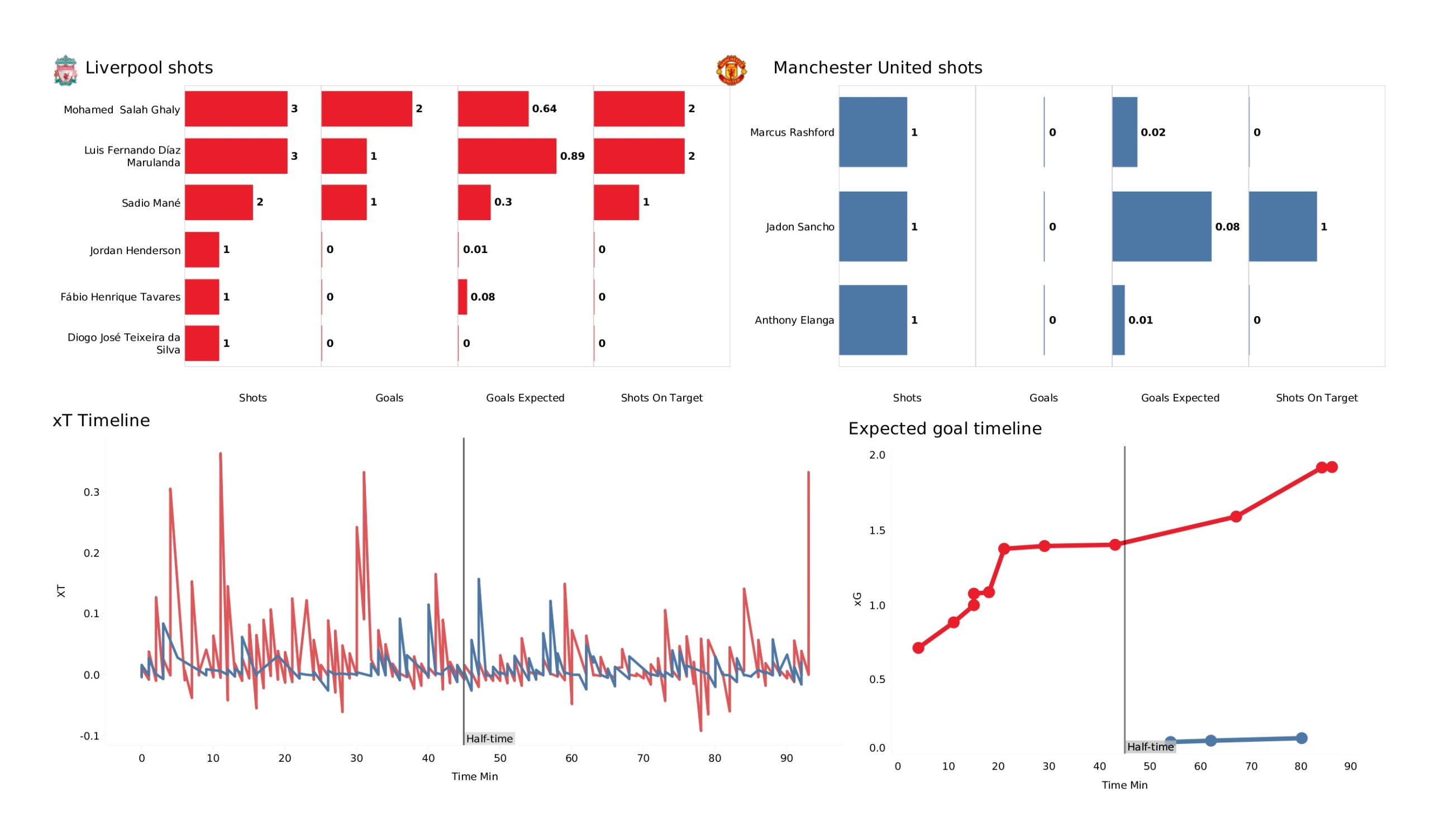 Manchester United have won 15, drawn nine, and lost nine games this season. They have scored 52 goals with an xG rate of 48.21 and conceded 48 goals with an xGA rate of 50.33. The above viz shows some of the stats from their 0-4 defeat against Liverpool. Ralf Rangnick’s men had only 27% of the ball possession and attempted three shots in the match. The expected goal timeline shows that all the shots were attempted in the second half. Manchester United players created very few threats, as observed from the xT timeline. 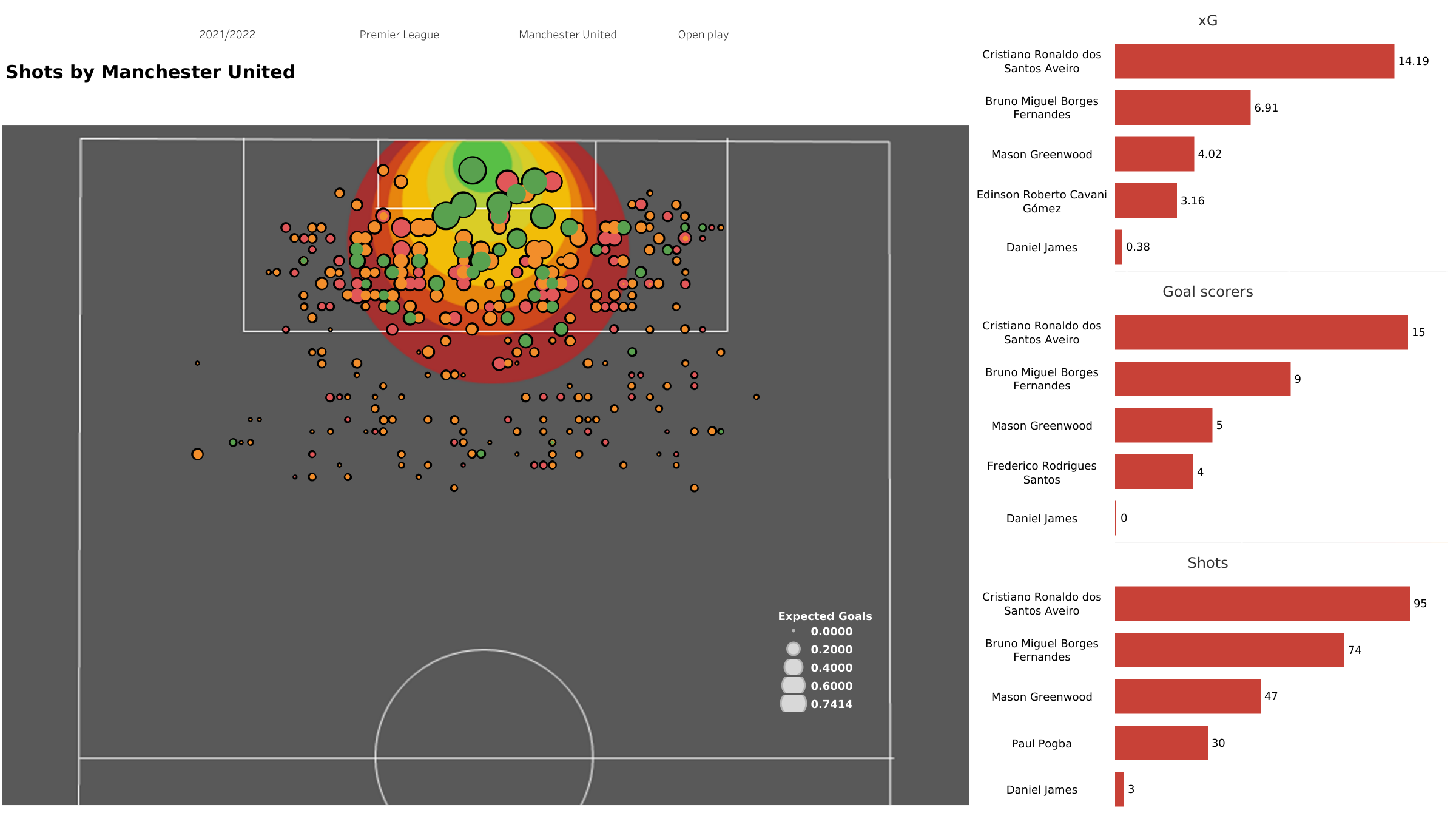 The Red Devils have attempted 439 shots this season, averaging 12.2 shots per 90 minutes. With an average of 4.38 shots per 90 minutes, they were able to hit the target 157 times. The above viz shows all the shots attempted in open play. Manchester United players like to get inside the opposition’s penalty box and have scored a few goals from inside the 6-yard box. Outside the opposition’s penalty box, the away team attempted 174 shots, 46 of which were on target.

Manchester United will most likely be without Paul Pogba for the rest of the season after the midfielder suffered an injury in the team’s loss to Liverpool. Other significant absences include Fred, Edinson Cavani, and Luke Shaw. There are some positive signs, like Cristiano Ronaldo’s expected return to the starting lineup, and the return of Scott McTominay and Raphael Varane to training.

Arsenal will be looking for back-to-back victories to climb the table. Manchester United, on the other hand, will look to return to winning ways and get level on points with the Gunners. This match is a must-win game for both teams.

Ceballos opens up on joining Arsenal and snubbing Liverpool