Arsenal travel to Stamford Bridge and will face their London rivals, Chelsea, in the English Premier League. The visitors are on a poor run of form lately and have lost three consecutive games in the league. Chelsea, on the other hand, reached the FA Cup final after winning against Crystal Palace and will be high on confidence going into this match. The previous meeting between the two teams ended 2-0 in favour of Chelsea.

Chelsea have played 30 matches and recorded 18 wins, eight draws, and four losses. The Blues are expected to finish third in the league table this season. Thomas Tuchel’s men have found the back of the net 64 times with an xG rate of 53.11 and conceded 23 goals with an xGA rate of 28.45. 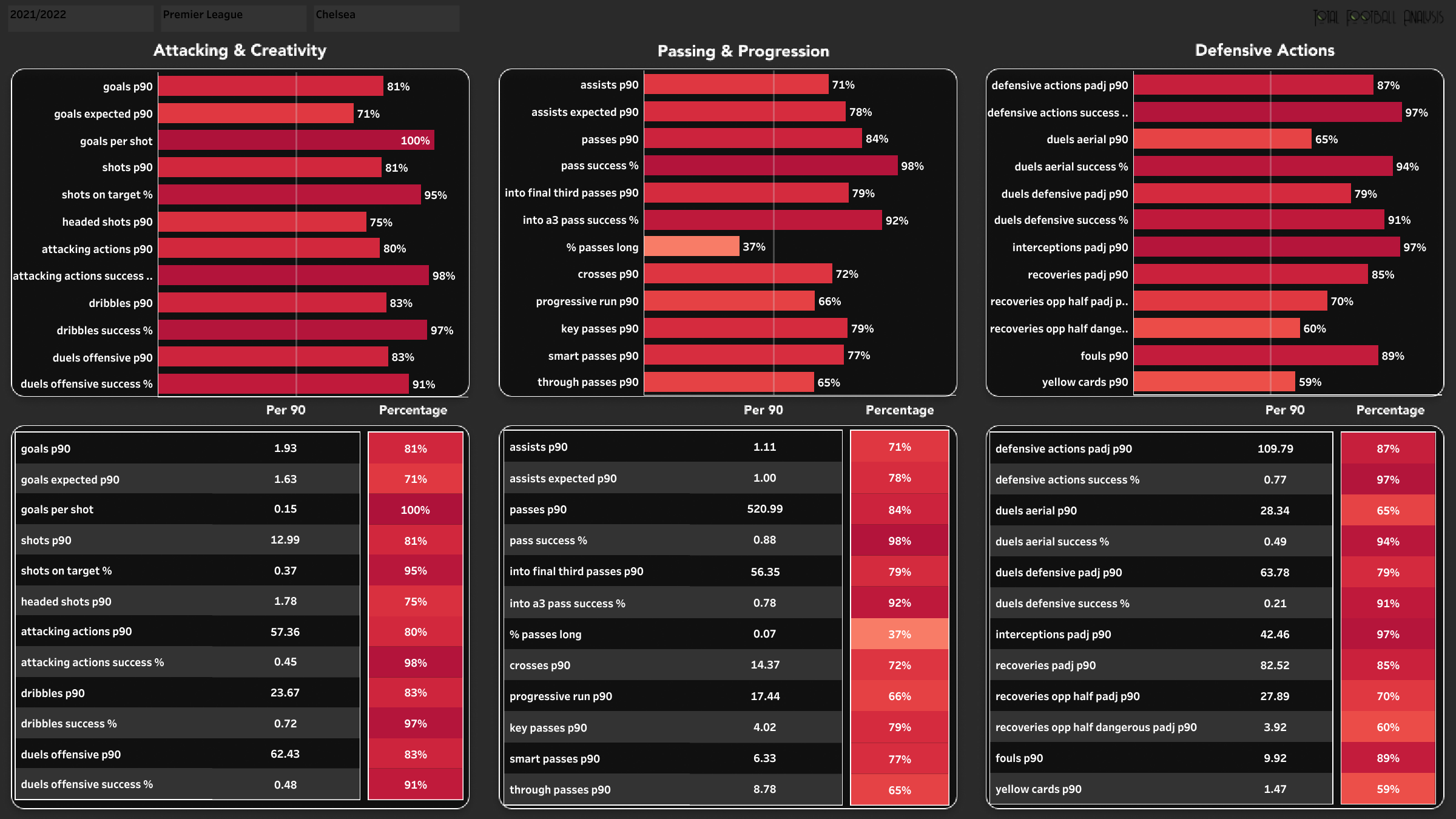 When looking at the above chart, the general rule is that the longer the bar, the better the performance — you can see the league average in the middle, and the % is the percentile rank the player is in. We can observe that Chelsea have been one of the top-performing teams in the league and have a high percentile rank for goals per shot, attacking actions success rate, interceptions, and many more areas on the field. 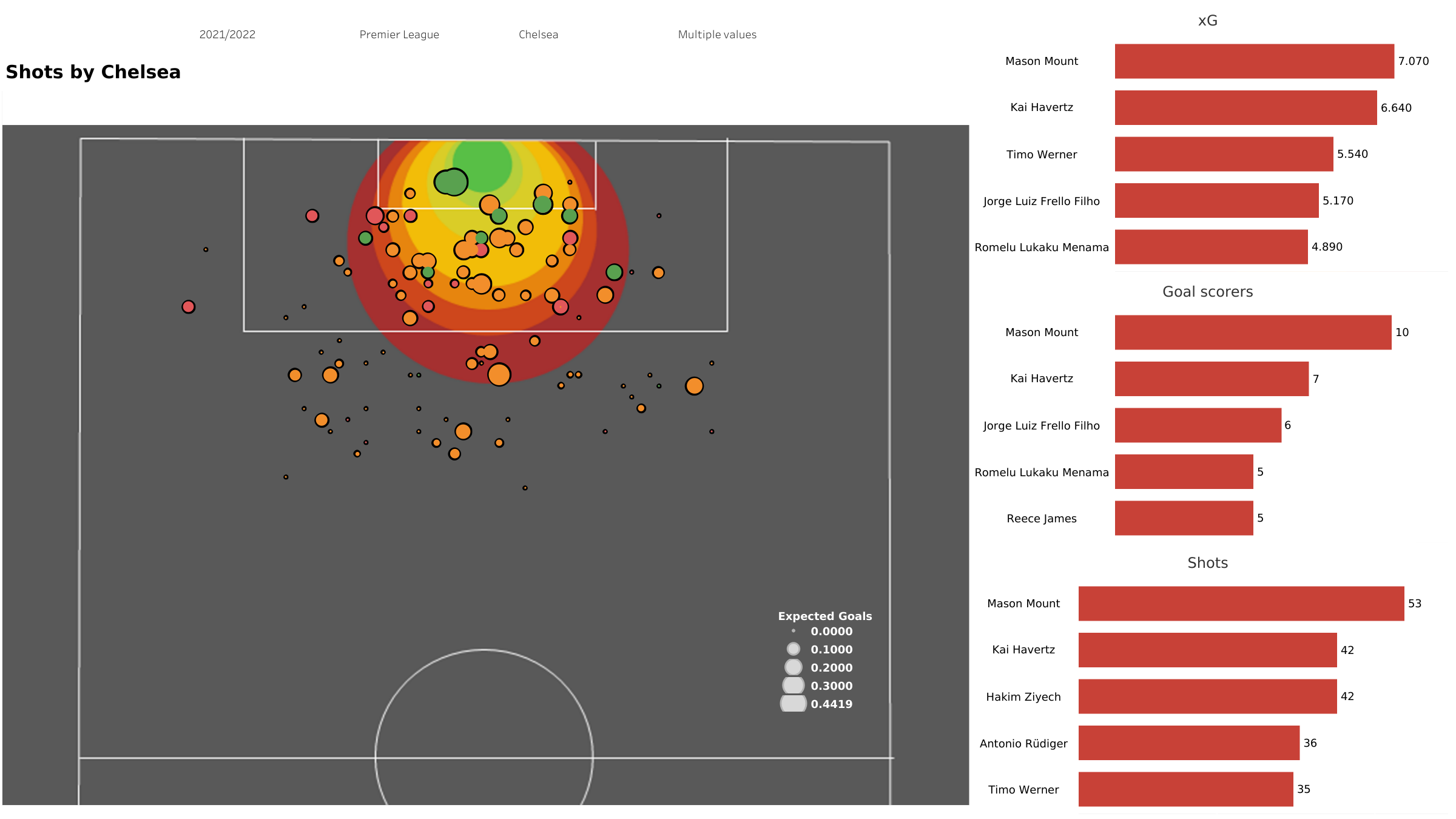 Chelsea players have attempted 423 shots this season and managed to hit the target 165 times. Of these 423 shots, 265 have been attempted from inside the opposition’s penalty box, with 122 of them being on target. The above viz shows all the shots attempted from set-pieces except penalties. Chelsea players have scored quite a few goals from corners, and their defenders possess a lot of threats going into the opposition’s penalty box. Mason Mount is one of the most in-form Chelsea players, and he has attempted the most shots for them.

Chelsea will be without Mateo Kovacic, who got injured in their FA Cup semi-final match against Crystal Palace. N’Golo Kante is expected to take his position in the midfield. 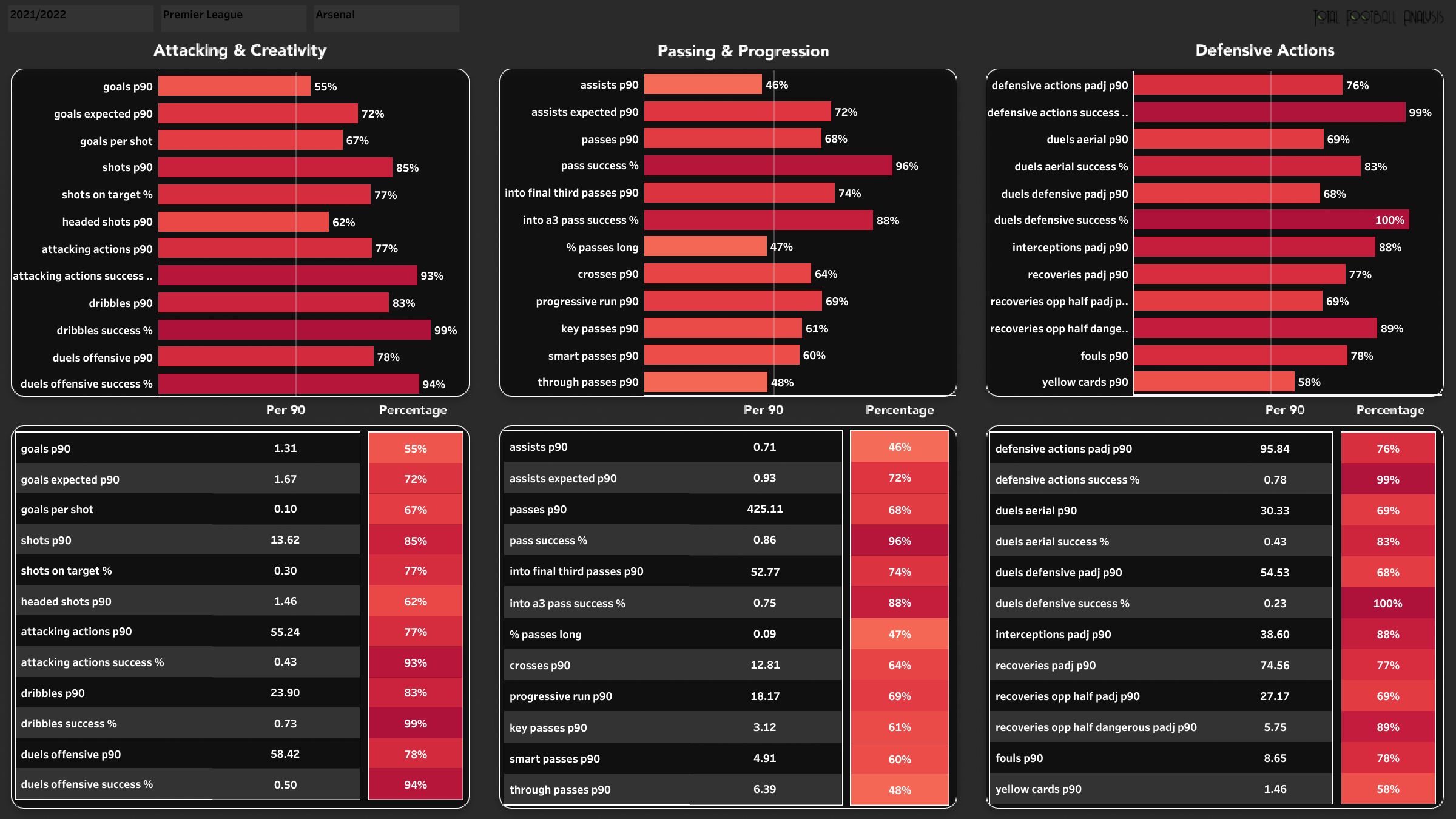 Arsenal have also played 30 games this season and have won 17, drawn three, and lost 11 games. Mikel Arteta’s men have lost three consecutive matches against mid-table clubs and have dropped down in the league table. They have scored 45 goals with an xG rate of 56.23 and conceded 37 goals with an xGA rate of 37.85. The above viz shows that Arsenal players have struggled with their passing and have a comparatively low percentile rank. They are a strong attacking team and have defended well this season. 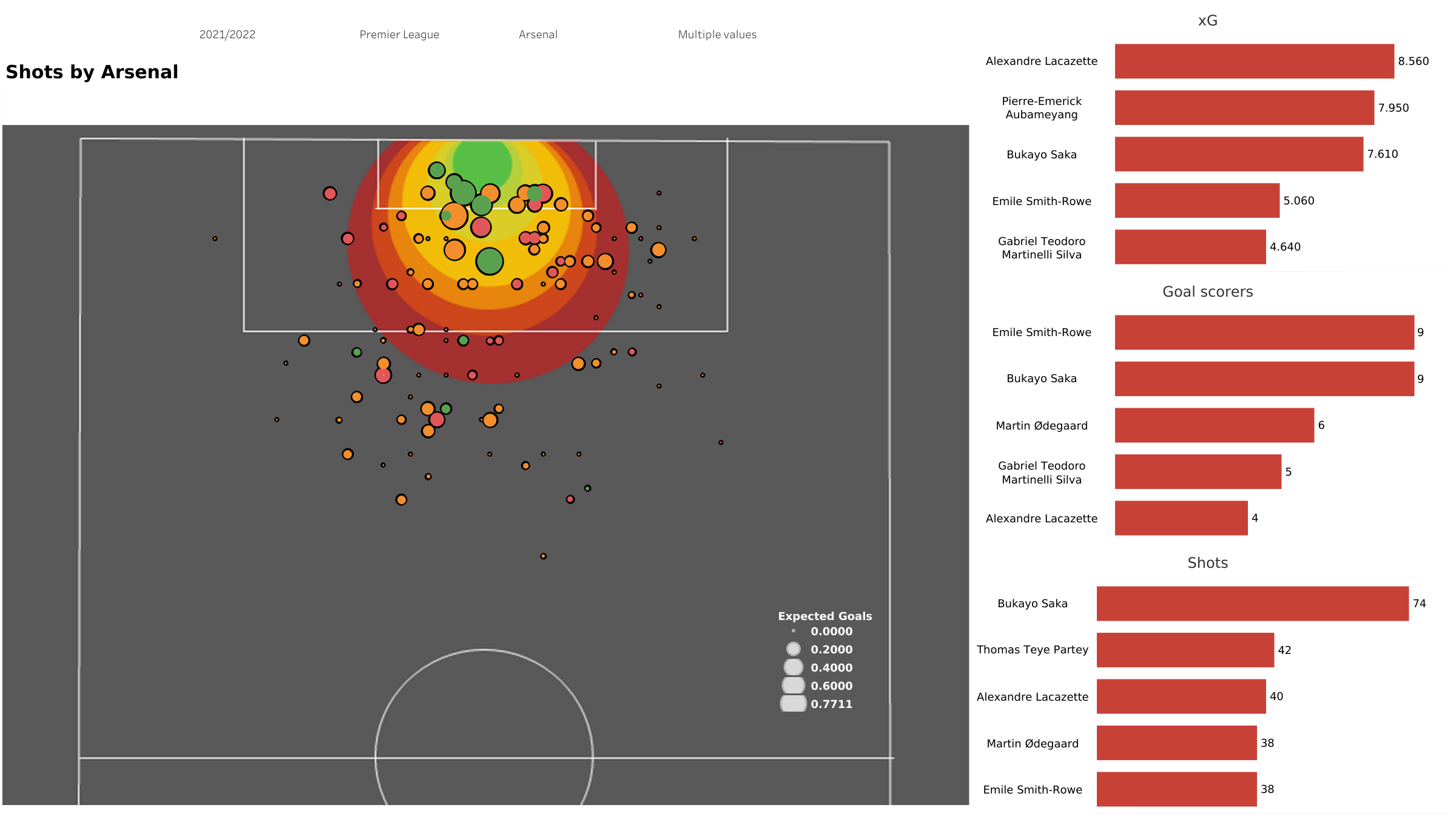 This season, the Gunners have attempted the third-most shots in the league. Mikel Arteta’s team tried 458 attempts, and 152 of them were on target. Of the 458 shots, 268 were taken from inside the opponent’s penalty box, with 101 of them hitting the target. Arsenal have also scored quite a few goals from set-pieces and possess a great threat going forward. Bukayo Saka has attempted the most shots for his side and will look to make an impact on this game.

Both Thomas Partey and Kieran Tiernay have not yet recovered from their injuries and are expected to miss this encounter. Alexandre Lacazette’s involvement is also a source of concern, as the striker tested positive for COVID-19 prior to the match against Southampton. Eddie Nketiah might be the Gunners’ offensive line leader.

Chelsea will go in as the favourites to collect three points from this game. Mikel Arteta’s men have lost their last three games and will look to return to winning ways. This is a crucial match for the Gunners in their hopes of UEFA Champions League qualification.