Arsenal continued their 100% start in the English Premier League 2022/23 season after a 2-1 victory at home against Aston Villa. Mikel Arteta’s men showed dominance in the match and took the lead in the first half. They conceded a goal in the 74th minute, directly from a corner taken by Douglas Luiz. Gabriel Martinelli scored the winning goal within the next three minutes and helped his side keep their winning record.

Which Arsenal player won the highest number of defensive duels? How many positional attacks were created by Aston Villa? 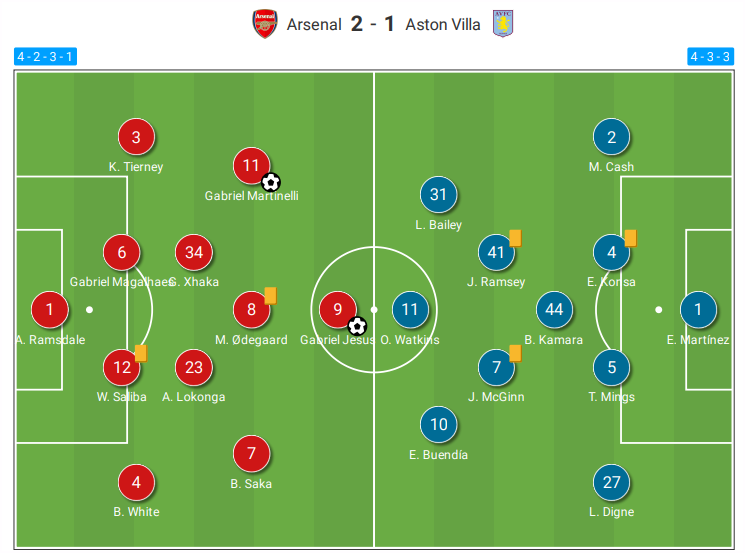 Under the microscope: How Arsenal’s attack could shape up in the...