Arsenal have taken a step closer to UEFA Champions League qualification after a 2-1 victory over Leeds United in the English Premier League. Eddie Nketiah scored a brace within the first ten minutes of the match to give his side a 2-0 lead. Diego Llorente scored a goal in the second half, but it was not enough for the visitors to snatch a point from the in-form Gunners. 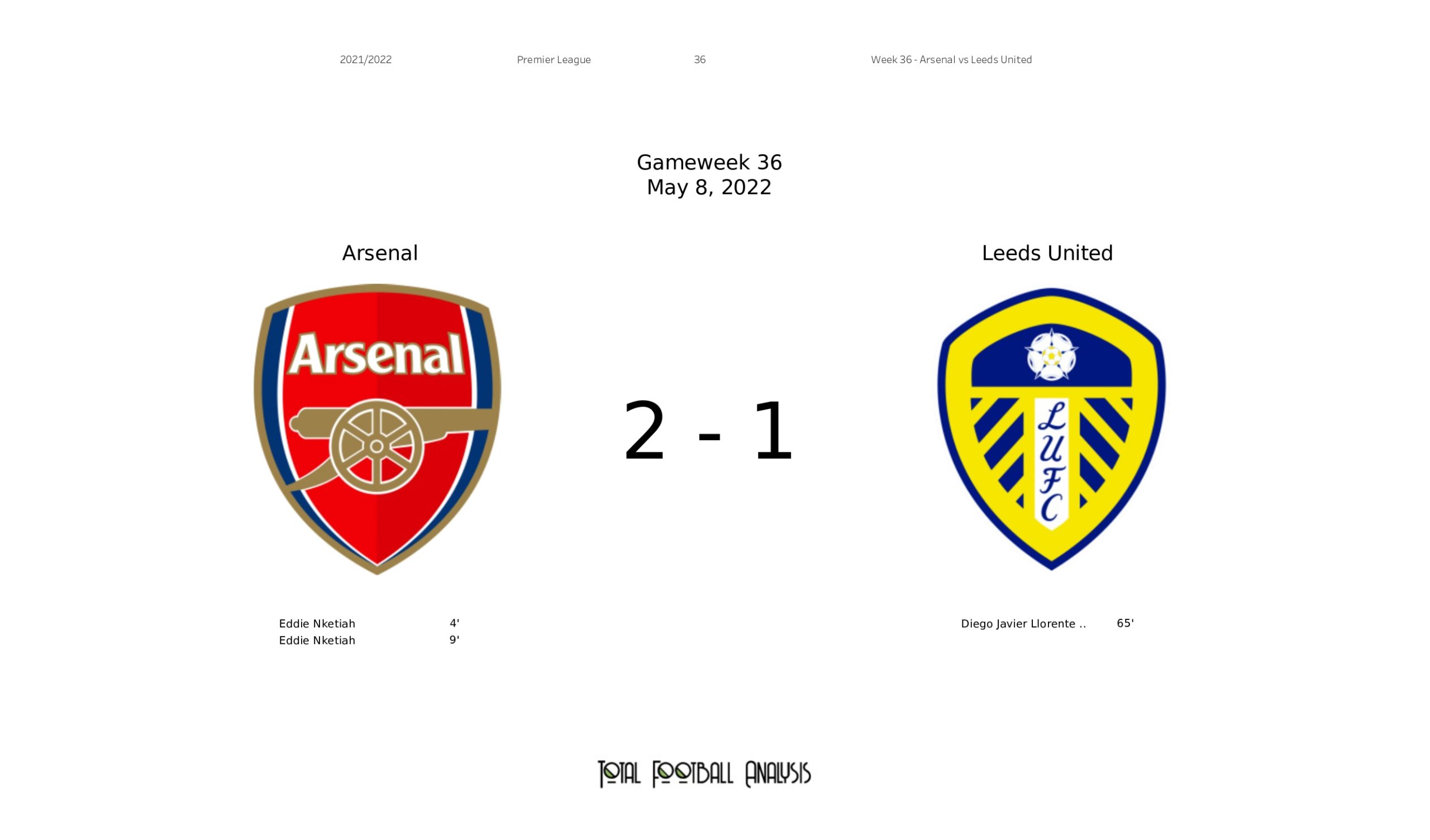