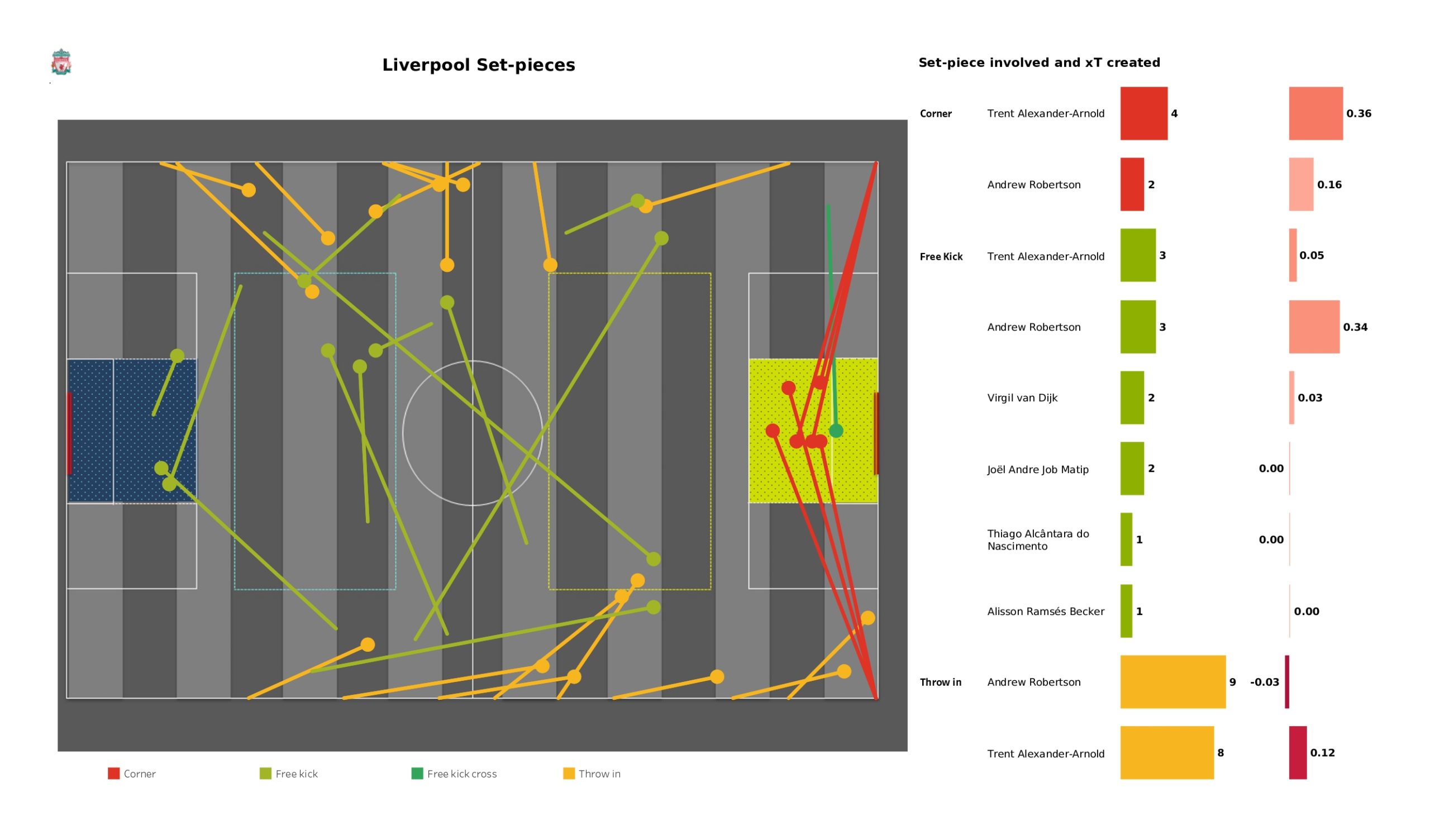 Liverpool won six corners, three each from the right and left sides. The away team even attempted a free-kick in the form of a cross into the opposition’s 6-yard box.

Liverpool are now one point behind Manchester City in the English Premier League table. Arsenal are one point above Manchester United in fifth place and have two games in hand. They will look to return to winning ways in their next match against Aston Villa.

If you want to download the stats report in PDF format you can do so here: Premier League Stats: Arsenal vs Liverpool